Hi there and welcome to this blog! // สวัสดีและยินดีต้อนรับสู่บล็อกของฉัน

The Siamese Revolution
As you can see, Thailand is not on this list. Thailand experienced a coup in 1932, also called the Siamese revolution of 1932, which was caused by the discontent from economic crisis, a lack of competent absolute monarchy government and a rise of western-educated people. The government was not transparent and therefore needed more transparency for the citizens of Thailand. This was a coup by the People’s Party, which ended the absolute monarchy that was under the power of the Kings of Siam. It simultaneously led to the change to a constitutional monarchy, including the first constitution and the first establishments of democracy [2]. 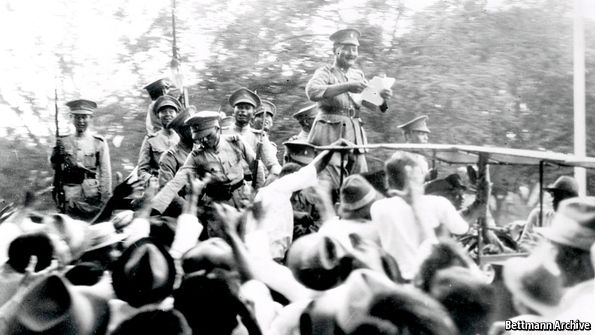 Revolution in Siam (P.C. The Economist)

Constitutional Monarchy
In constitutional monarchy, the king or queen has less of a say and more of a symbolic position. The government exists of a system in which a monarch, in this case the king or queen, shares their power with a constitutionally organized government. The king or queen does not have absolute power, as they are limited and they rule along the parties in the government. Personally, I think this has been a very good ‘change’ in Thailand. From my point of view, absolute monarchies, or dictatorships, oppress the people in that country. They do not have their own say, and if they do they are not allowed to speak up [3].

Development of the LGBTQ+ Community
After the government in Thailand became a constitutional monarchy, there was also a lot more acceptation towards western believes and therefore towards the LGBTQ+ community. Looking back at the history of sexual orientation and gender identity issues in Thailand, it seems that gender and sexual behaviour that did not correspond with the heterosexual norms, have been documented in Thailand from the 14th century. In terms of clothing and hairstyles, Thai culture in the nineteenth century was rather androgynous, also known as intersex, and having characteristics of both male and female appearances. However, colonial Western patterns of behaviour and thought began to be embraced at this time, including the criminalization of homosexuality and sexuality being a part of societal conventions rather than a private affair.

As mentioned before, Thailand changed from an absolute monarchy to a constitutional monarchy type of governance in the twentieth century, in 1932. This change incorporated gender roles and sexuality regulations and conceptions as part of a societal construction of morality. Consequently, gay communities sprung up, and homosexuality became more visible. After WWII, Western expatriates contributed to this process, and from the 1950s to the 1960s, more information about gender and sexuality became available, LGBT persons were featured in the media, and gay-themed cultural products such as novels and films became more prevalent.

Nowadays, Thailand is seen as the most welcoming Asian country towards LGBTQ+ people, however, Thailand today is conflicting. It’s a country where the Tourism Authority constantly promotes Thailand’s image as a homosexual paradise, but where sexuality is still taboo in society and sex education in schools is restricted. LGBT people are more visible in cities than they are in rural areas. LGBT persons live in a culture that places a lot of pressure on them to be decent citizens and loyal to their families. This is accentuated by the belief that one’s sexuality or gender should not violate social standards or bring disgrace to oneself or one’s family.

It is apparent that the situation is complex and inconsistent with the outward appearance of acceptance of Thai LGBTQ+ people and even a higher visibility of transgender people compared to most countries, but still widespread hostility and prejudice toward LGBT people, as well as institutionalized discrimination. I think this is very sad to see. Having your or a country be promoted as something it is not, might be quite dangerous for tourists, and it gives the wrong impression. At the same time, it does seem that Thai citizens do actually focus on promoting the LGBTQ+ community and their stances.

In regard to LGBTQ+ rights, there are a lot of interesting topics to look at. These include the national laws and policies, social and cultural attitudes, how religion is connected to this, and the view of family and society.

Looking at the national laws and policies, even though Thailand’s Constitution and a bunch of ratified human rights declarations and conventions prohibit discrimination, there are no specific legislation addressing sexual orientation and gender identity. Luckily, in 2007, a proposal to include sexual identities in the constitution’s anti-discrimination clause came up, but sadly, this was rejected… Still no change.

Also, the Ministry of Health no longer considers homosexuality to be a mental disease, YAY, however, transsexuality is still stigmatized. Additionally, transgender people are unable to change their gender on identification documents, existing marriage rules specifically relate to males and woman, reflecting a traditional gender and family structure interpretation.

In Thailand, all biological males are obligated to serve in the military. Transgender women, as well as biological males who have undergone sexual reassignment surgery (SRS) or any other sort of surgery to make them appear more feminine, are not permitted to serve in the military. Until 2011, they were fired with a letter citing “Permanent Mental Disorder” as the reason. The cause of the letter has been changed to “Gender Identity Disorder” after intense campaigning by the LGBT community.

Obviously, it would be nice to be able to change the laws with changes to respect and accept the LGBTQ+ community, but because parliamentarians tend to be conservative and the constitution and country’s laws are considered as holy, legal and policy reform is seen as difficult. 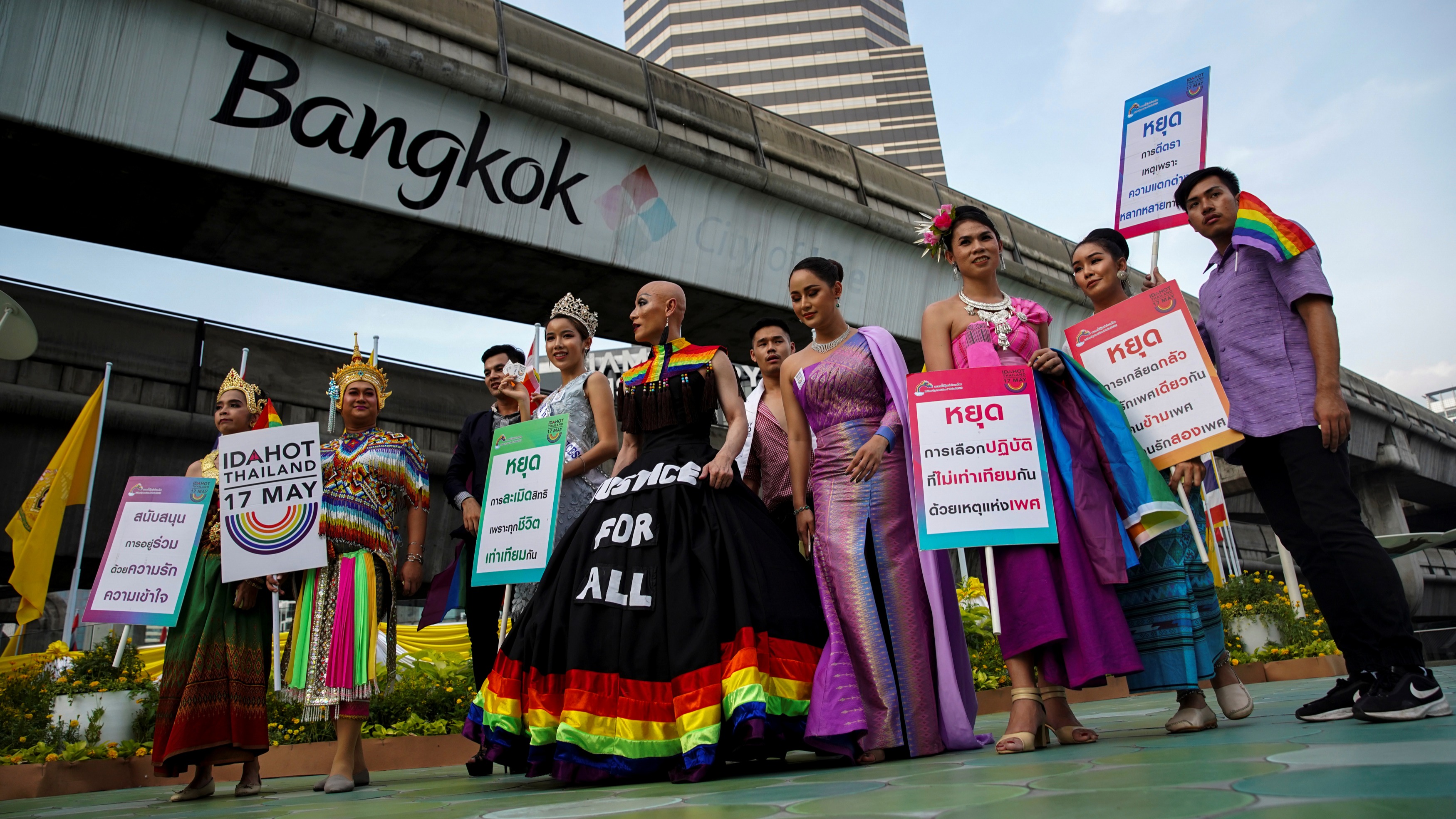 Social and Cultural Attitudes
Despite the fact that LGBT persons are rarely persecuted openly, Thai culture does not fully accept sexual and gender minorities. As long as LGBT persons stay within specific social confines, attitudes toward them can be reasonably accepting. Individuals and sectors of society who do not express their ideas openly may harbour hostile attitudes beneath the surface. Additionally, there is a lack of understanding of LGBT people’s unique difficulties and needs. The greatest and, in many cases, most essential issue that a Thai LGBT person experiences is familial acceptance. Respecting one’s parents’ wishes and keeping a family’s reputation is crucial to how a Thai person conducts their life, which can be inconvenient for individuals of a different sexual orientation or gender.

While being filial, adhering to conventional family duties, and being ‘a nice person’ might help some LGBT people get acceptance from their families, but others who do not choose or are unable to fill these roles may face difficulties. While there appears to be considerable acceptance of LGBT people in Thailand, something that noticeably comes back, is that many people experience prejudice from their families, schools, the media, the judicial system, the government, economic and religious structures, institutions, and establishments. It seems that there is again, a significant disparity between how Thailand is marketed internationally as a haven for LGBTQ+ tourists and how citizens are accepted and treated in Thailand.

Religion
The last thing we will look at is the religion in Thailand. Religion has always been a key point of Thailand and is something people from any country would associate with the country. Religion has a significant role in the knowledge and perception of sexual orientation and gender identity in Thai society. Theravada Buddhism is practiced by the great majority of Thais. This religion has unfavourable views about sexual orientation and gender identity that deviates from social standards, seeing it as a punishment for previous misdeeds or a lack of capacity to manage sexual desires and urges. Islam is practiced by around 5% of the Thai population, who are mostly concentrated in the southern regions. In these places, attitudes toward LGBTQ+ people are even more conservative and hostile. There is also less exposure, as well as less LGBT-focused companies and activity [4].

It seems that Thailand is becoming more accepting to LGBTQ people but there are still some steps to take. I hope this blog was as informative and interesting to you as it was to me and thank you for taking the time to read it!