Donald Trump Has Been Triumphant

Victory has been claimed by the Republican candidate Donald Trump , it seems his unorthodox campaign has payed off and the White House will be awaiting his arrival in the Upcoming days . Hilary clinton’s loss has come as a great surprise to many Americans……..so how could of Trump won ?

The most prominent aspect of Trumps campaign was his promise to promote the economic growth of the working class of America, predominately the white working class that is. The white working class of America has been overlooked and unrepresented since the late 1980s. Only since Donald Trump and Bernie Sanders arrival on the political scene have they been represented. Its bizarre how they have been unnoticed and poorly represented since their wages have not seen growth for the last 40 years and in fact the wages of the working class has dropped over the last four decades. It has been seen that the working class have shown increasing favor-ability for Republican Candidates and unfortunately The Republicans have long been been influenced and controlled by the high power Wall Street moguls who are very pro globalization and free trade. The working class are not for this, consequently when Donald Trump came along with his anti-globalization message that the working classes welfare has been neglected at the expense of major corporations investing in foreign countries, depriving Americans of job opportunities.

The working class Republican voters immediately found their representative. What has been seen in this election that is fascinating is that the Democrats who are also been longtime supporters of globalization and thus in support of Neo –liberal strategies have found themselves in a position of segregation within their own party , division between either pro or anti-globalization. Some of them have seen the adverse impacts that Neo-liberalism has brought them so a faction of these democrats are tending to side with Donald Trump’s Nationalistic visions. This development has not been seen for over forty years, since there was the shift to Neo-liberalism during Reagan’s term of office. So what did this mean for Trumps Campaign? It promoted a degree of complication among-st democratic voters resulting in a portion of them voting for the Republican nominee Donald Trump instead of Hilary Clinton. 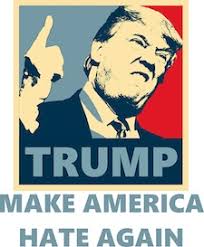 With 75 % of the population in America being white Trump knows that winning the majority of  their votes is essential. He launched a racist and xenophobic attack on Muslims and Mexicans. His petition is in support of the white working class who feel that their working opportunities have been compromised by the large scale immigration of foreigners, particularly Hispanic immigrants. Furthermore the resentful prejudice that white working class have against African-Americans whom many still view as being lesser.

Donald Trump’s proposal on the construction of the wall between the USA and Mexico gives context to what extreme measure he is willing to implement to protect the neglected white working class population. Obviously Trump doesn’t plan on paying for the wall himself, that is the responsibility of the Mexican government who is expected to pay $5-$10 billion in a onetime payment for the walls construction. Cleverly Trump is armored with a number of leverages that he can play out to ensure Mexico will deliver the results. Such leverages as trade relations, Visa cancellations and the inevitable dependency Mexican people have on the United States.

Donald Trump’s xenophobic plans to deal with “terrorism “has intensified the already existent populist anti-Muslimism beliefs shared among-st white Americans. These are just two of his foreign policies in defeating ISIS that can be found on donaldtrump.com.

In one of Trumps rallies he said to a news reporter that “ In the last five years, we’ve admitted nearly 100,000 immigrants from Iraq and Afghanistan – in these two countries, according to Pew research, a majority of residents say that the barbaric practice of honor killings against women are often or sometimes justified”. Trump has made it very clear throughout his campaign who he is representing and the results of the election reflect this .

Trump won the white-non Hispanic votes by 21%. The Trump to Clinton exit poll results of white voters was 58%-37% .Hilary Clinton won a 80 point advantage over trump among African American voters. The presidential candidate preference by education showed very interesting results in this election. Out of all the voters those whom have graduated from college with a degree or more sided with Hilary Clinton, whilst those without a college degree sided with Trump. This makes sense because in accordance with US government data American citizens without a bachelor’s degree experience a low level in income growth. Furthermore at least 50 % of Trump supporters are employed in blue collar occupations, and it is highly likely that this percentage of the population has been exposed to increased competition at the workplace as a result of immigrants and foreign workers. Therefore it makes sense doesn’t it that those without bachelor degrees in America will vote for Trump who promises them increased work opportunities and salary increases.

This theme among-st all voters that do not have a college degree can also be seen among-st white voters who do not have a college degree. Trump won an overwhelming (67%) of votes from the white population that do not hold a college degree , this is evidence of the success of Trumps campaign to promote the “White working class” as the majority of white people in this class are involved in occupations such as  production, installation, maintenance, repair, transportation or construction “ according to government data . Predominately this sector of the white population may undertake trades or apprenticeships but predominately do not pursue Bachelor’s degrees for example. What has also been interesting in the white voters who do have college degrees is that actually Trump won their votes, by a narrow margin but still a win. This was an area which Clinton won among-st all voters with a college degree but the latter cannot be said about the white population with college degrees. Why is this? This was a group that many believed were gunning for Hilary. 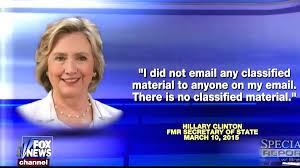 Trumps largest rising in the election standings occurred in the time period between the first letter from the FBI and the second one which stated that it had put the investigation on hold. Trumps momentum increased when another set of emails were seeped by Wiki Leaks. At this stage and close proximity to the voting day it gave Trump supporters exactly the ammunition it needed to take the spot light off Trumps tax scandals. Furthermore in the eyes of the independent voters it just fueled the unpopularity contest between the two candidates. The ball had been in Trumps court over his tax criticisms and inappropriate behavior to women. But now the ball had landed in Hilary Clinton’s court with little chance of an offence shot being directed back to Trump. 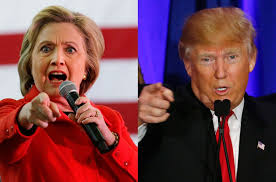 So do you think Trumps nationalistic and predominately racist ways had a heavier influence on his win ?…..Or was Hilary Clintons FBI investigation the cause of Trumps victory? And if neither of these factors are the cause for Trumps win then what is ?