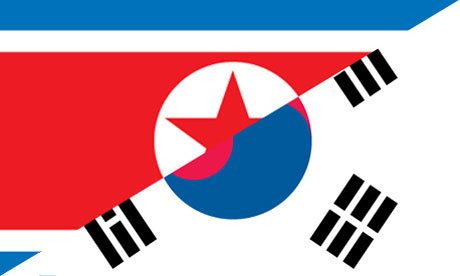 As a member of the late Gen X, I witnessed the reunification of East and West Germany and the aftermath which still causes discussions on all possible levels. Most discussions are about the financial aspects and how the East generated high debts and the generally hated solidarity tax 1. What most people seem to forget nowadays that the sudden division of Berlin also parted families, friends, and other aspects of life, and thus created heart-wrenching situations for many people. The zeitgeist at that time demanded unification.

“Germany must be reunified so that what belongs together can be joined together.”  2 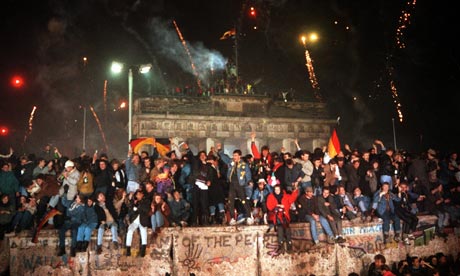 Reunification Day – euphoric people are celebrating on the Berlin wall

I see parallels to the North-Korea/South-Korea situation. Germany was also divided between a socialist system and a liberal democratic system after WWII.

North- and South Korea were split into two parts after the Allies were victorious over Japan, which had controlled Korea since 1910. The trust administrators from the US and the USSR were supposed to arrange for nation-wide elections to reunify Korea in 1948, but they did not trust each other. The US, who controlled the southern part wanted Korea to be democratic, the USSR, which controlled the North, wanted it to be communist. This led to both parties appointing different leaders and a launch of an invasion of North Korea into South Korea which resulted in a three-year-long Korean War.  The status both countries have today is therefore the result of a cease fire  and technically, they have remained at war since 1953. [3. North and South Korea. (n.d.). Retrieved March 23, 2013, from http://asianhistory.about.com/od/northkorea/f/Split-North-And-South-Korea.htm] [4. What Is The Korean War Armistice? (n.d.). Retrieved March 23, 2013, from http://usforeignpolicy.about.com/od/asia/a/What-Is-The-Korean-War-Armistice-That-North-Korea-Just-Invalidated.htm]

The predominant news we hear or read about North-Korea is their leader Kim Jong-Un speaking out threats to other countries, especially to their neighbour South Korea and the USA, but news about the recent family-reunifications at the end of February sparked the media in all parts of the world. Nevertheless, although these were good news, the reports were bitter-sweet. Media did not hold back that these reunions would be the last reunions for the participating families due to their age and due to the computerized lottery system for South Koreans hoping to reunite. 3 Most of the participants were over 80 years old.

The family reunions have tragically become an ideological game for the North Korean regime and a bargaining tool to strengthen its negotiating position. The North expects a reward in form of economic aid and political concessions for consenting to reunions. The events are usually overshadowed by North Koreas threats to withdraw them and hopes to reunite were shattered on occasions e. g. when the North cancelled an event in September 2013 just a few days before it was scheduled.

In 1997, Victor Cha 4, former Director for Asian Affairs in the White House, had been very confident that both countries had a genuine desire for unification and that both see this as inevitable. He was as confident that he issued a paper in which he analysed what needed to be done in case of a reunification and what impact this would have on Asia. He only saw the inability maintaining a productive dialogue because both countries placed priority on self-preservation and neither is willing to sacrifice its own wellbeing for this goal. 5

Nowadays, another obstacle evolved which, not only in my opinion, might make further efforts redundant. South Koreans are simply not as interested in a reunion as they were a few decades ago. This has two reasons:

Firstly, the ones who can remember their relatives in the North are dying. After 60 years without or with little contact, the number of people who have a tie to their relatives is declining.

Secondly, after 60 years being separated, the gap between both countries became wider. The South-Koreans are looking at the reunification of Germany and perceive their economic and social differences as far greater and fear massive economic problems as the South would have to pay for the costs. Experts estimate the yearly costs of about $80.62 billion for the next 10 years which is about 7 % of their GDP. 6 7 [9. Korean unification may cost South 7 percent of GDP: ministry| Reuters. (n.d.). Retrieved March 23, 2013, from http://www.reuters.com/article/2013/01/01/us-korea-north-unification-idUSBRE90004F20130101]

Could we please continue to live separated forever? I don’t want to live with a childish gangster like the North. 8

International relations experts see additional complications. Germany and Korea share an identical history until a certain point as both were divided ideologically, but then it becomes more complex and complicated for Korea. In case of Germany, there were only two powers involved. The US were on their peak of power, China was still far off, and the USSR was destabilised and could no longer afford the contest with the US and finally collapsed. This, and the fact that Germans were pushing it, made the reunification possible.

The situation for Korea is a lot different as the balance of power differs completely nowadays. China´s interest in North Korea is higher as it is its geopolitical buffer zone to South Korea as the USSR´s interest was in two-time-zones-away East Germany. It can be assumed that rising and powerful China would have a big part in unity talks between both countries. Japan also has an interest in a divided Korea as a unified Korea might become too powerful for them. Thus, there are a lot of sides to be taken into account.

Then there are economic differences. East Germany was much wealthier than North Korea is now and West Germany was able to shoulder the burden. South Korea is less politically and economical prepared to do the same as it has to deal with the financial crisis and just left dictatorship a decade ago. [10. http://busanhaps.com/article/reunification-german-comparison-0]

Next to all outside forces there is also a lack of willingness within the South Korean population and a zeitgeist similar to the one in the 1980s in Germany cannot be perceived.

There is no regional encouragement, revolutionary wave, democracy zeitgeist, or whatever to push this thing along in NE Asia. [11. http://busanhaps.com/article/reunification-german-comparison-0]

Sometimes it is better to move on and leave things as they are. In my opinion, both Koreas do not want to change their systems which makes it an insurmountable difficulty for reunification. With other countries like China, Japan, and the US being involved in this power struggle, reaching a consent is far off. The more time passes, the wider the gap grows ideologically economically, the more it will become impossible to become one country again, although they share some history together. I personally do not see two countries which belong together anymore, nor do I see that they will belong together in the future.