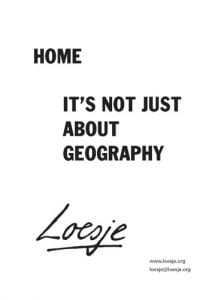 It has happened so many times throughout history: people being forced to flee their homes. Time and time again, refugees have crossed borders and not a single continent has been spared by this. Well, technically except for Antarctica, but let’s ignore that one for a now.

Examples of refugees in history

Historical examples of refugees on each continent could be the result of European settlers leaving towards the Americas in search of a better life. As a direct result of that: the British and the Spanish Colonisation of the Americas which forced the native peoples to flee to other parts of their continents, the expansion of the Zulu Empire in Africa, which created a ripple effect of fleeing tribes, the French Huguenots who fled to England as they were perused in their own country due to their religion and in Asia we can find numerous examples of waves of Chinese refugees every so often when a powerful dynasty fell and as a result wars broke out, people were starving and ultimately fled to neighbouring countries.

On the brighter side of refugees: they often find a new place to stay where they are welcomed and accepted for who they are. Naturally, this process takes time and the colonisation of the Americas is still a heavy topic, but let’s save that for another time. We can find other examples in the Cold War: people who escaped through, over or under the Berlin Wall, made it to the other side and were reunited with family. 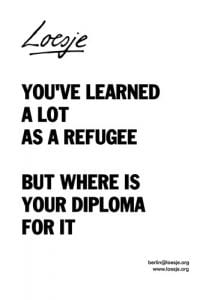 In my personal life, I met with Syrian refugees. They too made a horrible journey and finally came to my home country years ago. Now they have houses, jobs and families. One of my friends even made the regional news when he became a miller. The story of the Syrian refugee who became a Dutch miller can be found here, but the article is only available in Dutch. I am sorry about that! In short: Saïd came to The Netherlands as a refugee, then found work as a volunteer on the Zaanse Schans, a tourist attraction which aims to show traditional, local life as it was some 400 years ago. Now, over the past two weeks when the video was taken, he has been trained to learn the basics of making oil in a mill. 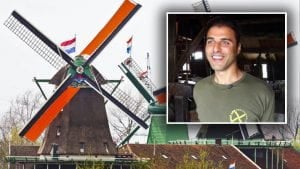 Former Syrian refugee has begun his training to be a Dutch miller, 2016

Before getting into this topic any further, let’s get the stats on refugees today first. These are provided by the UNHCR: the United Nations High Commissioner for Refugees, or the UN Refugee Agency. The UNHCR is the part of the United Nations which is tasked to aid refugees, forcibly displaced communities and stateless people, except for Palestinian refugees, who have their own organisation: the UNRWA. Primarily, their goal is for each refugee to get back home safely. 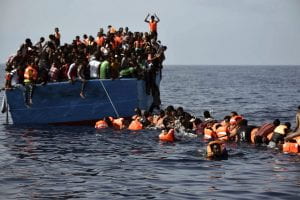 Refugees on a boat in the Mediterranean Sea

The UNHCR also reports that in 2019, 57% of all refugees came from three countries: Syria (6,7 million), Afghanistan (2,7 million) and South Sudan (2,3 million). Add the fact that 80% of displaced people worldwide are being hosted by neighbouring countries and you can see that – especially in some regions – this is problematic. Below is a map of the so-called “persons of interest”. To the UNHCR, that is. Indeed, both North and South Sudan form big bubbles on the world map, as well as neighbouring countries Ethiopia, Uganda and the Democratic Republic of the Congo. In the Middle-East, we can clearly point out Syria, and its neighbours Turkey and Iraq. Further east, we find Afghanistan and Pakistan with larger bubbles. In South America, the country of most concern is Colombia, by a landslide. Click the image to go to the website of UNHCR and find this interactive map! 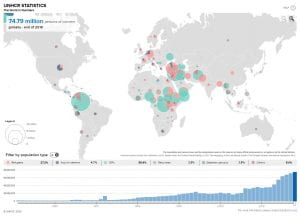 The map, which only runs until 2018, does not include the fact that over the past year, there are 340,000 new asylum seekers across the globe. The greatest number of asylum seeker applications came from Venezuelans. Other countries from which asylum applicants come from are Syria, Iraq, Congo, El Salvador, Eritrea, Honduras, Nigeria and Pakistan. The doubtful honour of most pending asylum claims also goes to Venezuelans, with a total of 464,000 cases. Second and third for that title are Afghanistan (310,000 cases) and Syria (nearly 140,000).

A difficult place to stay 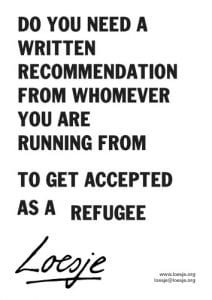 I am certain we can agree that refugees do not have an easy life. It is complicated enough without countries arguing over who can stay where and why and how long. On the border of the United States of America and Mexico, however, a new problem has risen. Some 42,000 Venezuelans are currently in Mexico waiting for their asylum to be granted. The Mexican government, however, is struggling with a rise of 753% in people of concern. The countries’ asylum agency is just greatly understaffed and under-equipped to handle the flow of people suddenly hitting the nation. 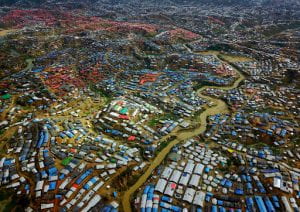 A direct cause of this increase is the fact that the United States have increased the difficulty for immigrants to enter the country under the President Trump Administration. Therefore, people who would normally go from South-America to the States, now find themselves stuck in Mexico, not being able to move further north. Mexico is no longer a transit country but an end-destination.

What would be a logical step?

A very sensible thing to do is ensuring that these people, once properly processed, are allowed to stay in the country they request asylum in. Alexandra Fielden, working at the Policy Development and Evaluation Service of the UNHCR in 2008, says that including refugees in a countries’ workforce really helps increase the economy of that country. Also, hosting refugees ususally comes with international finance. This money can then be used to build roads, hospitals and schools. These are of course used to help the refugees, as was the money intended for, but it will also help the local community.

Filippo Grandi, the High Commissioner of the UNHCR, has been visiting Mexico in 2019. Here, he has helped to set up an innovative and collaborative project, through which some refugees have a chance to start their own business in Mexico. He said: “Mexico has a long and proud tradition of welcoming people fleeing persecution. Today, the country is facing real challenges but there are also great opportunities (…). Helping refugees go into business is a win-win situation”.

And so it is. If we help the people who need it the most, they will one day return that favour, no doubt in my mind. I wish to end with a quote from J. K. Rowling, because no one ever second-guesses what she says.