In Thailand, we hold on to these unattainable beauty standards and end up segregating people.“ – Anchilee Scott-Kemmis

Every country and culture in the world has different beauty standards. These beauty standards vary; ranging from ta moko tattoos of the Māori, to lip dilators to neck rings. 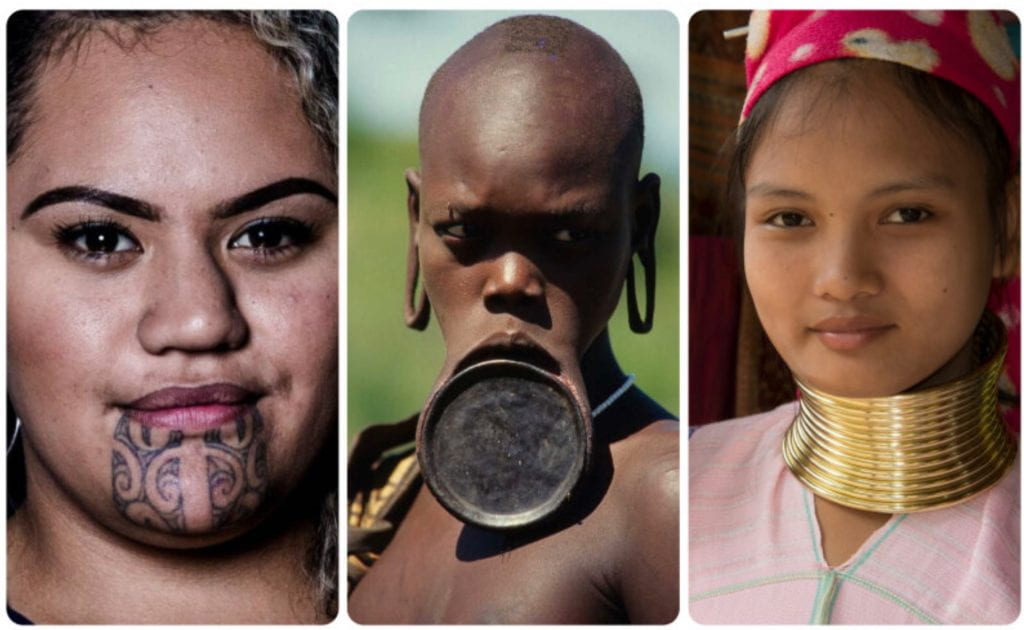 beauty standards around the world

How to BE beautiful in Thailand

Light skin, clear complexion, a prominent nose, a v-shaped face, double eyelids, a skinny body… the list goes on. How many of these standards do you check off? Chances are some of them, but chances also are maybe none of them. 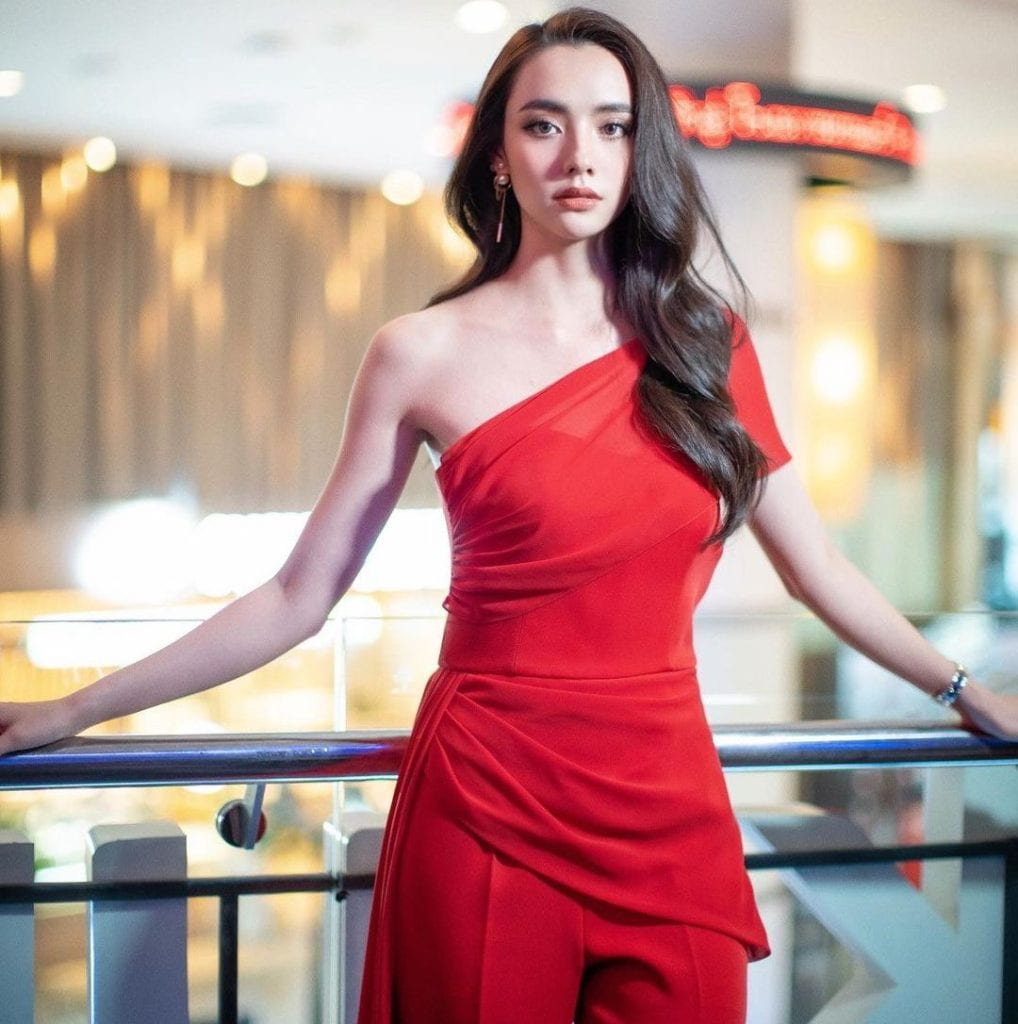 Surprisingly, while Thailand has never been colonised by a European nation, their beauty standards still strongly resemble Western aesthetics –  read on to find out why.

The Westernisation of Thai Beauty Standards

Historically speaking, in Asia whiteness has long entailed an idea of social supremacy, of belonging to the upper class. The Indian caste system was a system partially based on white supremacy. While is has now been weakened, it still has a big influence on Asian societies. Fair, light skin is still associated with wealth, health and youth. When Thailand‘s neighbouring countries were colonised by pale-skinned Europeans, the idea of whiteness symbolising money, respect and power was further enforced. Therefore, to “guarantee” wealth for ones future family Thai people today might still be inclined to lighten their complexion. This classism is based on the false belief that all tanned people are generally lower-class workers who have to do manual labour outside.

The rise of social media has amplified the spread of Western beauty standards across the world, including Thailand. However, it’s not only the Western media which reinforces these beauty standards. They are actually also promoted in traditional Thai media, social media and Thai pop-culture. Singers such as Lisa Blackpink or actress Baifern Pimchanok, just to give two examples, are undeniably beautiful according to Thai beauty standards and arguably the role models for many. 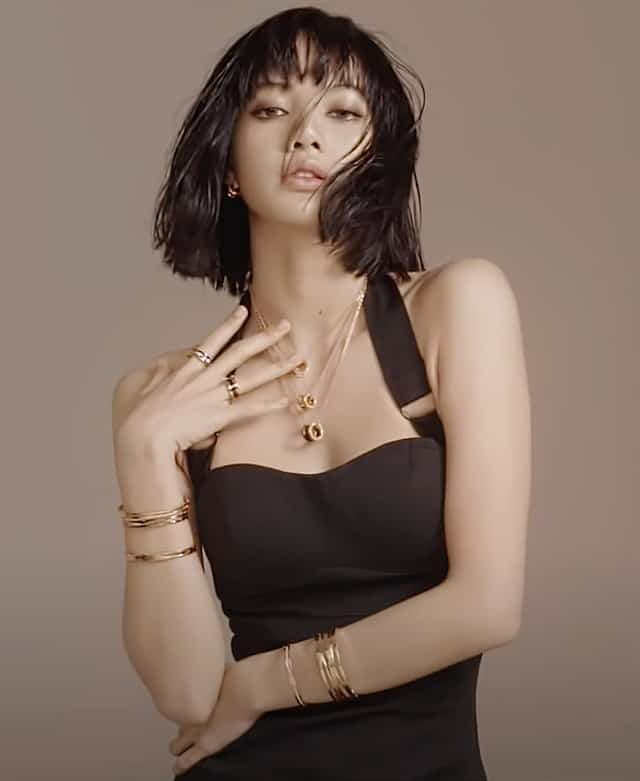 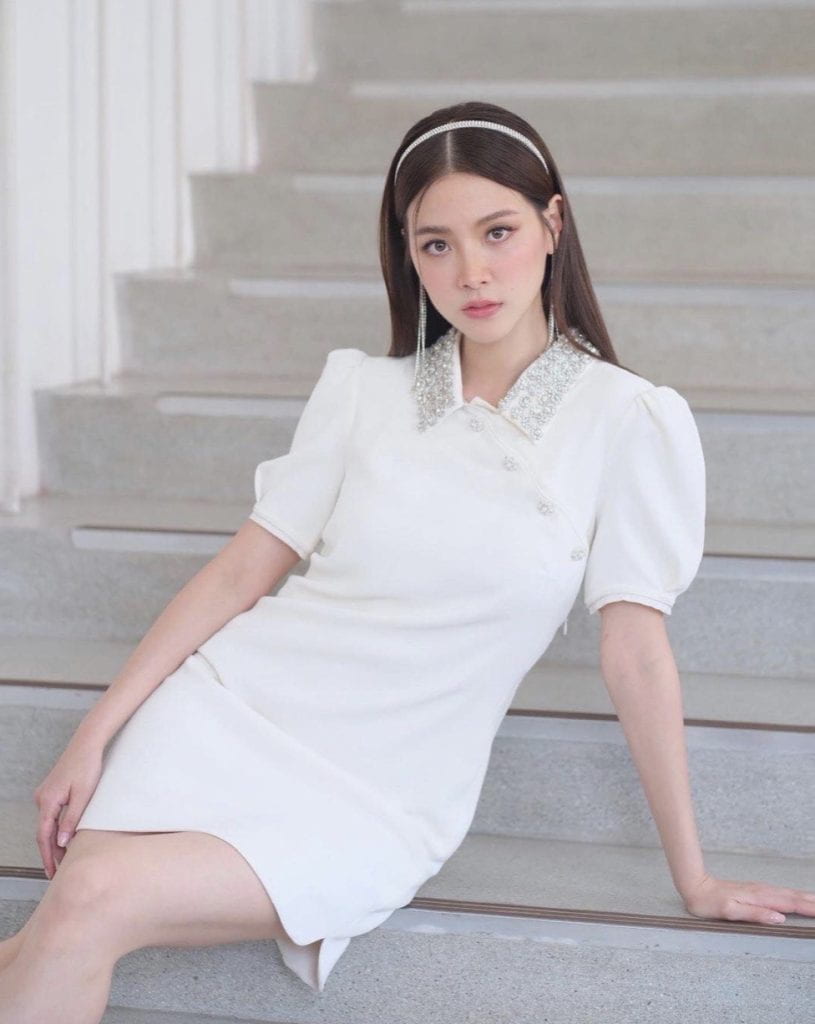 Beauty is an important part of Thai culture. There are more than enough products and procedure which promise you beauty – and promise companies the big bucks. The beauty and personal care market in Thailand made 5.29 Billion USD in 2022 alone. This number is expected to rise by 5.96% yearly in the next four years. Beauty is not only pain, beauty also is your hard earned money.

How to BECOME Beautiful in Thailand

If you were not born meeting all these unrealistic beauty standards – don’t worry. You simply have to walk into any 7/11, a BTS station, drive on the highway or enter a university building (not to call anyone out) to be bombarded with advertisements for beauty products or cosmetic surgery that will help you achieve them.

Those advertisements will promise you many things:

“YOU CAN BE SUPERMODEL – It Literally Melted Away 25 Pounds in Just 2 Weeks!!

“WHITE MAKES YOU A WINNER“ (yikes)

“JUST BEING WHITE, YOU WILL WIN” (BIG yikes) 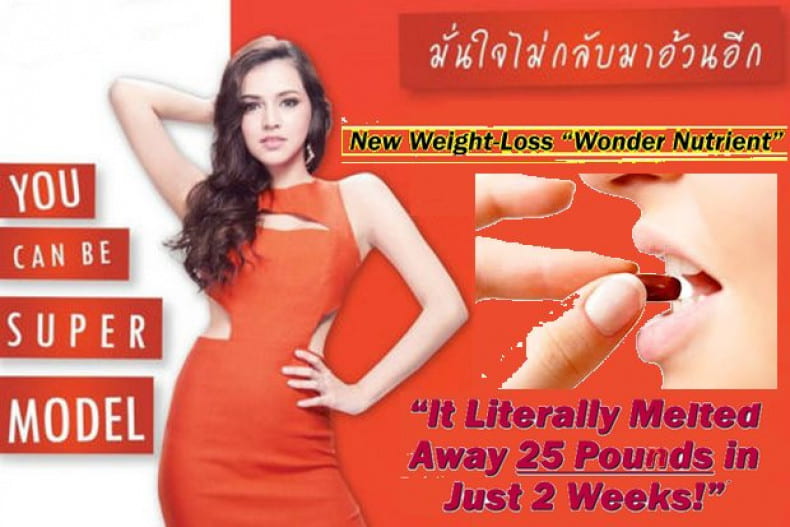 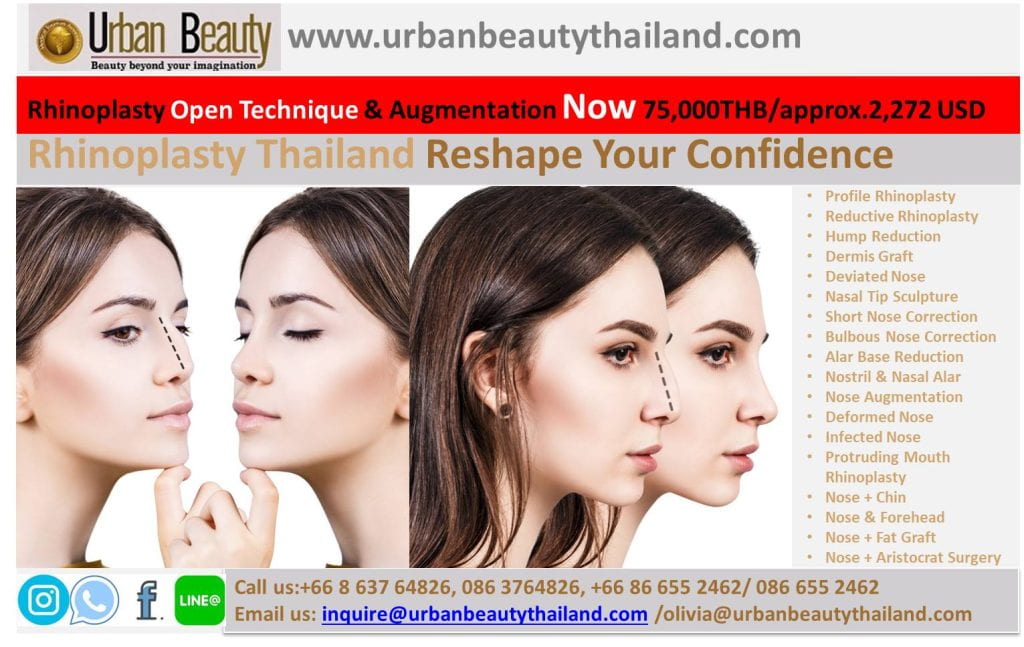 Whitening creams, diet advertisements and plastic surgery – there is a solution to every “flaw“. It comes to no one’s surprise that in 2016, Thailand was ranked 23rd country in the world of most cosmetic procedures performed relative to the population. Interestingly, Thailand also performed more invasive procedures per Dollar of GDP than the US, an economically arguably much stronger country. It is estimated that, in 2020 alone, over 60,000 facial and head cosmetic procedures, including rhinoplasty, eyelid surgery and face fat grafting, were performed here.

But how can so many people afford to have cosmetic surgery, you ask? At Bangkok Hospital rhinoplasty will cost you a mere 42,000 Baht, double eyelids will cost you only 30,000 Baht and for only 162,000 Baht you can get liposuction. These prices are much lower than in western countries. This has led to an increase in medical tourism. About 2 million medical tourists come to Thailand every year.

The Ugly Side of Beauty

Yet these procedures are quite common. The pressure to fit in with the beauty standards for many make it worth taking the risk. Now, this is not to say that cosmetic surgery is bad and all beauty products should be banned. I believe bodily autonomy to be a universal right. Every person is allowed to decide for themselves if they wish to alter their appearance. However, if beauty standards were not so reinforced by the media and important in society, the desire of people to undergo surgery or use harmful skin products – and therefore subject themselves to possible complications and risks! – would be much smaller.

Now, the medical complications that beauty standards can cause go far beyond ones physical health. Instead, arguably the effect on mental health can be much more detrimental. Beauty standards have been shown to lead to depression, reduced self-esteem, eating disorders as well as psychological distress. They have also been associated with a perceived lower quality of live. Globally the percentage of people who struggle with an eating disorder has increased by 4.4% from 2000 to 2018. The rise of globalisation and westernisation of beauty standards in Thailand has also led to a culture-based increase in numbers of people who suffer from eating disorders. Thailand now has become the 9th leading country in Asia when it comes to eating disorders.  These numbers become even more shocking when we consider the fact that eating disorders are known to be the deadliest mental illnesses. When taken to the extreme, the pursuit of beauty quite literally can become a matter of live or death.

Not “losing face“ or honour is a fundamental concept of Thai culture. It is well known around the world that Thai people are unlikely to disagree with someone in a very direct way or to ever shout in public. Both would lead to you “losing face“. However, to protect your honour and status in society, Thai‘s are also expected to not lose the beauty of their face. Looking beautiful and well-taken care of is essential to protecting your honour. As whiteness and thinness is central to the Thai beauty standard, those attributes still decide ones status within society. The effects can be seen in all areas of life from dating to career opportunities. Reports of people being made fun of, bullied or even socially excluded simply because of a darker skin tone are not rare. In today‘s society, to nobody’s surprise (?), beauty and whiteness indeed is still a privilege.

“Beauty standards never privilege me, but it makes me feel inferior. For example, when joining some activities, people who belong to beauty standards are often taken a picture of; while, I, as a plain-looking boy, rarely show up in the photo.” –Terra

“ Because of my light and clean skin that fit in Thai beauty standards, I am always judged to be a kind and friendly girl, which I still don’t understand why. It might be the halo effect.” – Som

How to SEE Your Beauty

The 2021 Miss Universe Thailand beauty pageant was seen as a turning point for Thai beauty standards by many. 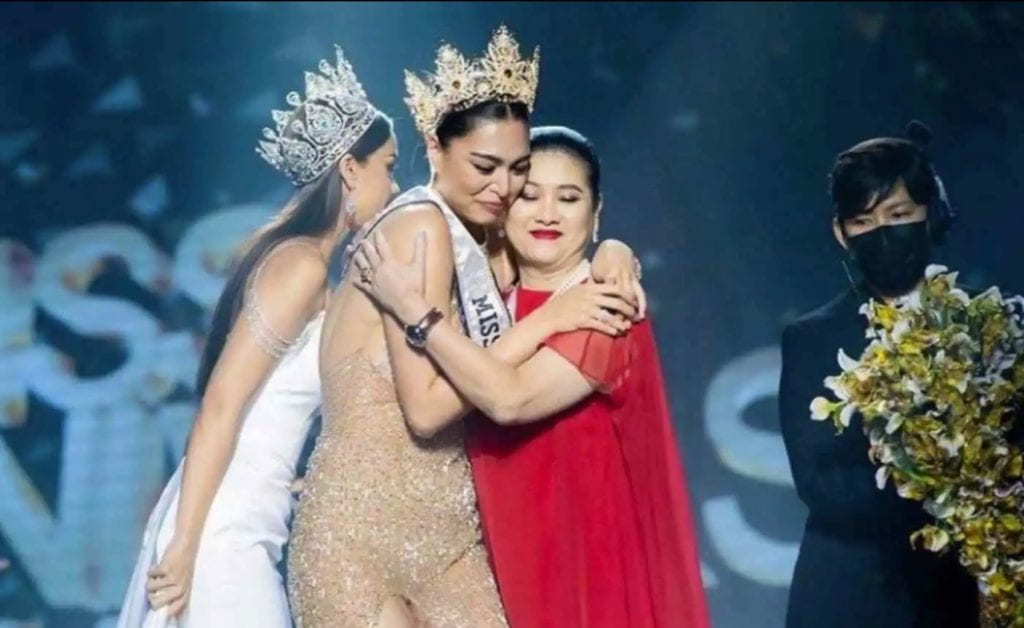 “YOU CAN BE BEAUTIFUL WHILE BEING FAT!”- the conclusion media PROUDLY came to after Anchilee Scott-Kemmis‘ win. Highlighting how she could – surprisingly, shockingly, strangely – actually win despite her weight, however, does not help anyone in ditching beauty standards. Instead it further highlights her weight as a perceived flaw, only reinforcing those same standards. She isn’t beautiful DESPITE her weight. She is beautiful. Period. No clarification needed. Also, it is important to mention that she does largely fit within Thai beauty standards as she has Eurocentric features and light skin.

Instead, what is needed is diversification of representation in the media. The Thai society (as well as the world) is so beautifully diverse, it really is a shame that not everyone sees themselves represented in the media. And let‘s make this clear – we don’t need any more fat funny sidekicks. Why don’t we cast actresses who don’t fit the typical beauty standards as main characters (with love interests!) instead of the comedic relief. We need people of all shapes, sizes, colours, religions, abilities and backgrounds to be casted as actors, actresses, singers and models, for roles which are now reserved only for the “beautiful“. We don’t need more beauty product and cosmetic surgery advertisements. We need to SEE people in advertisements and the media who look like ourselves, our friends and our loved ones.

Read this article to learn how to diversify your Instagram Feed!