Often when talking with friends about Asia and the Asian culture we really don’t have a clue what we are talking about. We frame our image from television, social media, newspapers and maybe people we know who are from an Asian country. This is also the case on a certain topic, a topic that is very important to a lot of people and also for me. Food.

People who have never been to Asia don’t know what an amazing diverse and big continent it is. The average Dutch citizens opinion on for example, Chinese people and food is that the Chinese can cook really good, but in reality, they eat food that Chinese people have never eaten like we know it. I know, this is shocking. You don’t have to ask them anything about the Chinese food culture because they have never showed interest in it. If you would say to them that the food, they are eating from the so called Chinese restaurant with – ironically- Dutch owners has nothing to do with Chinese food, those people would laugh at you in your face. They would choose Babi Pangang and Foe Young Hai almost always over typically authentic Chinese foods such as Beijng Duck and the different Hot Pots. 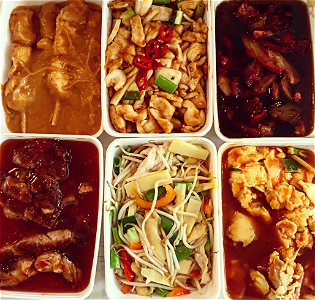 With food from Thailand this is exactly the same. There are some really good Thai restaurants in the Netherlands but you also need to really watch out for restaurants that say are Thai, but often have the same menu items on it as the Chinese restaurants. So, what is Thai kitchen exactly and what does food mean to the people from Thailand?

Food is an important aspect of any social gathering in Thailand, and it is frequently the social occasion or a reason to celebrate. This is due in part to the friendly, social attitude of Thai people, but it is also related to the manner in which food is ordered, served, and consumed. Food brings family and friends together and allows them to share. 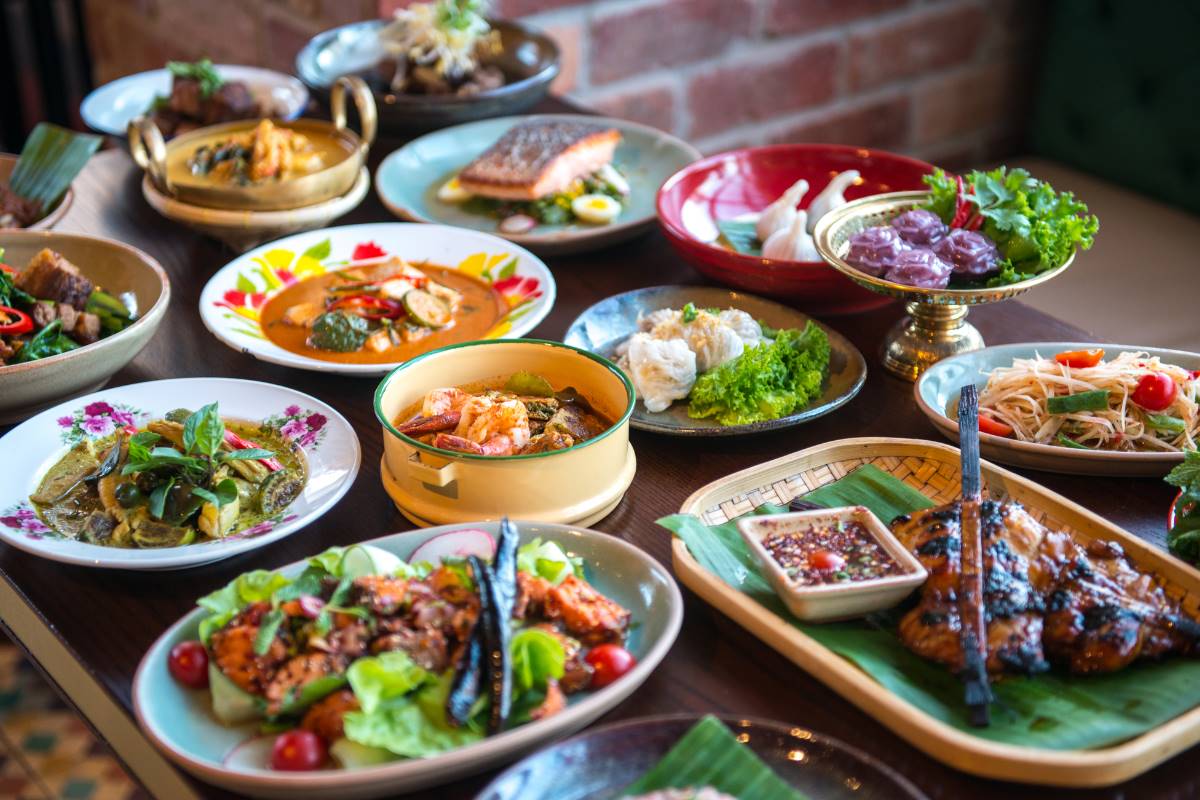 Salty, sweet, sour, bitter, and spicy are the five major characteristics found in a typical Thai dish. In fact, most Thai recipes are not considered satisfying until they incorporate all five. While the seasoning can be hot for a foreign tasting palate, Thai food ensures that all flavors are balanced. The flavors prevalent in modern-day Thailand are derived from ancient times. The Thai people established what may be considered the heart of Siamese cuisine as we know it today as early as the 13th century: various varieties of meat and seafood coupled with rice, local vegetables, herbs, and spicy garlic and pepper. The Chinese later introduced noodles to Thailand, as well as the most significant Thai cooking tool: the steel wok. Thai cuisine is also significantly influenced by Indian spices and flavors, as evidenced by its well-known green, red, and yellow curries. Thai curries, unlike Indian curries, contain several Indian spices in their pastes while preserving their own distinct flavors thanks to local ingredients such as Thai holy basil and lemongrass (Schmidt, 2021).

The usage of rice (in Thai: khao) as a main diet is characteristic of the diverse Thai cuisines. People in Central and Southern Thailand primarily consume jasmine rice (khao hommalie). Traditional sticky rice (khao niao) is used in northern and northeastern Thailand, although jasmine rice is taking over this function as well. Cooks pay close attention to the quality of the rice they purchase and have a variety of ways for cooking it, including which temperature to use, how much water to use, how to steam it, and for how long. Rice has the power to make or shatter a dish. Noodles are popular, although not as much as rice. Whereas rice is typically served for sharing, noodle meals are frequently served for individual eating (Thaise Kookclub, 2018).

Thai food culture values presentation, and chefs frequently seek to create delicate and detailed carvings from fruits and vegetables. Most people have certainly seen examples of such works, such as carrot flowers that have been dipped in freezing water to preserve their vivid color and strong texture. Contrary to popular Western opinion, most Thais eat with spoons rather than chopsticks (save for noodles), and often only use forks to shovel food onto the spoon rather than placing it in their mouth. Many Thai recipes use bite-sized amounts of food; therefore, knives are often not required (Rickshaw Travel, 2012). 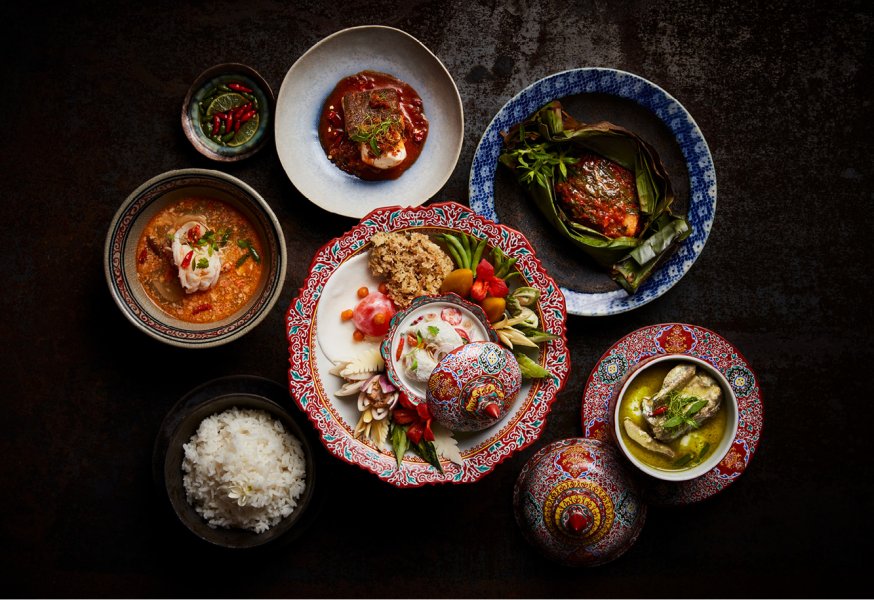 When you compare this extravagant, beautiful, and tasteful kitchen to the Dutch kitchen it is on the area of tasteful dining at home a really a shame that I live in the Netherlands. Good food is for myself a very important part of life. It is a shame that the original Dutch kitchen isn’t as exciting as the ones in other parts of the world. The biggest problem in the Netherlands is that people are used to blend and boring food. But I don’t think that you could really blame them if they are used to cook their meals out of a cardboard box that’s filled with spice mixes where you only need to add water to serve the meal. It is easy and not time consuming, nevertheless it is also quite sad. But on the other side, what you don’t know, you cannot mis right? A lot of people in the Netherlands see eating only as a necessity, they don’t see it as a social event in a way other cultures see it.

I can imagine that you are asking yourself right now at this moment: “It can’t be that bad right?” Well maybe I was exaggerating a bit. Of course, you can buy fresh ingredients in the Netherlands and allot of people use them. But when you eat a meal that is supposed to be from – for example – Thailand, you just don’t feel that same satisfaction in your mouth as when you would eat that from a street food place in Thailand. Something is always missing in my opinion. And that is quite remarkable if you look back at the history.

It is a well-known fact that, in comparison to the cooking talents of other neighboring countries such as the French and Spanish, Dutch cuisine has never excelled in terms of invention and inventiveness on a global level. And this is quite remarkable because, as a trade nation who sailed to Asia and got rich from Asia, Dutch cooks have used every possible cuisine and flavor over the decades but somehow forgot to implement it in our own cuisine. Nonetheless, simplicity and frugality have always been the main elements of our Dutch cuisine, which many people have and continue to criticize. Visitors to our nation in the seventeenth and eighteenth century were shocked by our frequently peasant eating habits and lack of refinement. The basic criterion is that food should be nutritious, simple, and inexpensive, and the Dutch philosophy “simply act normal, then you’re doing crazy enough” appears to have served as a model for our cooking for decades. Foreign observations did not fade away with time. “Dutch cuisine shows an almost total disrespect for palate delights,” claims the Portuguese author J. Rentes de Carvalho (1972). “The ingredients are generally tasteless and unscented, the preparation is limited to salt and pepper, and the dishes are produced without originality and almost with contempt.”

This was said in 1972, sadly this is in 2022 still the case for the ordinary Dutch family. Is all hope lost? Luckily my answer is no! There has been a significant improvement in recent decades. In terms of gastronomy, according to the Michelin restaurant guide, our fine dining restaurants can now compete with other European countries, our hospitality sector’s turnover is increasing, and as a country, we are beginning to spend more and more on food. Our shopping and ‘dining out’ accounts for 11% of our budget, which is larger in many countries (for example, 13.6 percent in France and 14.2 percent in Italy), but we are no longer at the bottom of the list (Germany 10.6 percent and Great Britain 9.6 percent) (Giphart, 2021). 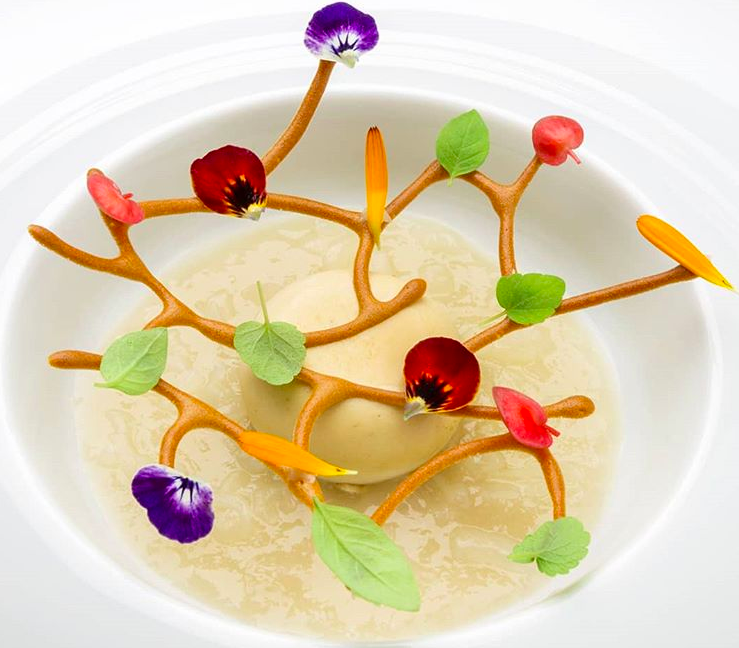 Luckily for me, fine dining is something I can really enjoy here in the Netherlands, the complexity of the dishes and therefore mostly (local!) ingredients and flavors used are just out of this world sometimes. I think that is just still quite sad that this is not the norm. I’ve got a friend who is from Morocco and every time I eat there it is just amazing. Every night they eat with his whole family and the table is filled with all different dishes cooked by his mother and grandmother. This is something you only see at Christmas in the Netherlands sad, and I don’t think we will see this here in the Netherlands any time soon. Our “simply act normal, then you’re doing crazy enough” culture is so deep in our roots and that is also special. As said before, most Dutch people don’t know what they are missing when it comes to food. I’m glad to know what I’m missing and will never stop exploring different flavors.