Thailand is a gorgeous Southeast Asian country, nestled between Cambodia, Laos, and Myanmar. It is now an extremely popular tourist location – one you might even have on your list to visit someday. Maybe it is for the food, the sights, or the people; Thailand has so much to offer that it is hard not to feel tempted to travel to.

While it’s well-known now for its incredible culture, steeped into every intriguing and inspiring aspect the country has to offer, Thailand’s tourism industry also holds deep historical significance. Everything that makes up Thailand’s culture – from the cuisine, arts, religion, clothing, and traditions that Thailand proudly celebrates have evolved throughout time.

Cultural tourism in Thailand is such an attractive industry that it is considered one of the main sources of income for the nation. Both domestic and international tourists consider the culture of the country to be one of their largest motivations to visit, and to keep visiting (Simasathiansophon et al., 2020). 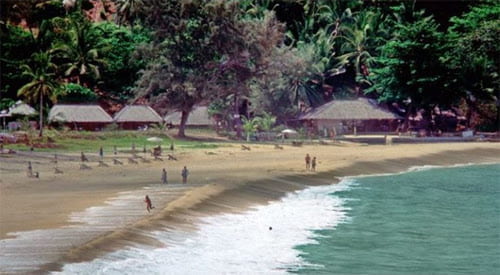 Thailand has never been colonized by European parties, but like many other Southeast Asian countries, it has been influenced by colonial powers throughout history. This has played a major role in shaping what we see as Thailand’s booming cultural tourism industry now – as Thailand’s relations with some western countries boomed its globalization and therefore made its appeal more widely known (Iverson, 2017).

Around 1947, Thailand’s Golden Era of tourism began and lasted until 1979, in 1950 five to ten thousand tourists visited the country after hearing about the tropical and lush beaches. Thailand had been preparing for a big uptake in tourism since the 1920’s, when it realized that the revenue from the industry would possibly boost the nation’s economy (My Thailand, 2018). The Golden Era in Thailand and the war in Vietnam from 1955 to 1975 did not coincide by chance; Thailand’s connections to the United States at the time were definitely at play. Thailand and the United States signed the Treaty of Amity and Commerce in 1833 to formalize their diplomatic relations, and was the first treaty signed between the U.S. and an Asian country (U.S. Embassy & Consulate in Thailand, n.d.).

Military bases established in Thailand by the United States during the war had another purpose – rest and relaxation! While many of the soldiers then took advantage of the readily available and heavily illegal products they could obtain at these bases, such as sex work and hard substances, it is undeniably a huge part of Thailand’s tourism legacy (st. Lawrence University, 2016). 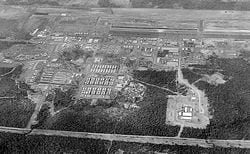 Thailand’s appeal was very soon spread to the world, resulting in an influx of tourists coming to visit the country’s historical sites, attend ceremonies, and indulge in the cuisine, all of which contribute towards Thailand’s unique and gorgeous culture. The impact that Thailand’s historical sites in specifics was huge on foreigners visiting the country for the first time – the grand palaces, temples, and ruins of the country weave an ornate and rich tapestry of culture, and how it progressed throughout time.

In every region of the country, there are remarkable tourist attractions and experiences that can be visited to get a taste of true Thai culture. There are six regions in Thailand – central, eastern, northern, Isaan, the Gulf Coast, the Andaman Cost, and the deep south, though Bangkok and the area around it could also be considered a region of its own. In this article, the cultural and historical attractions in the North region will be focused on. 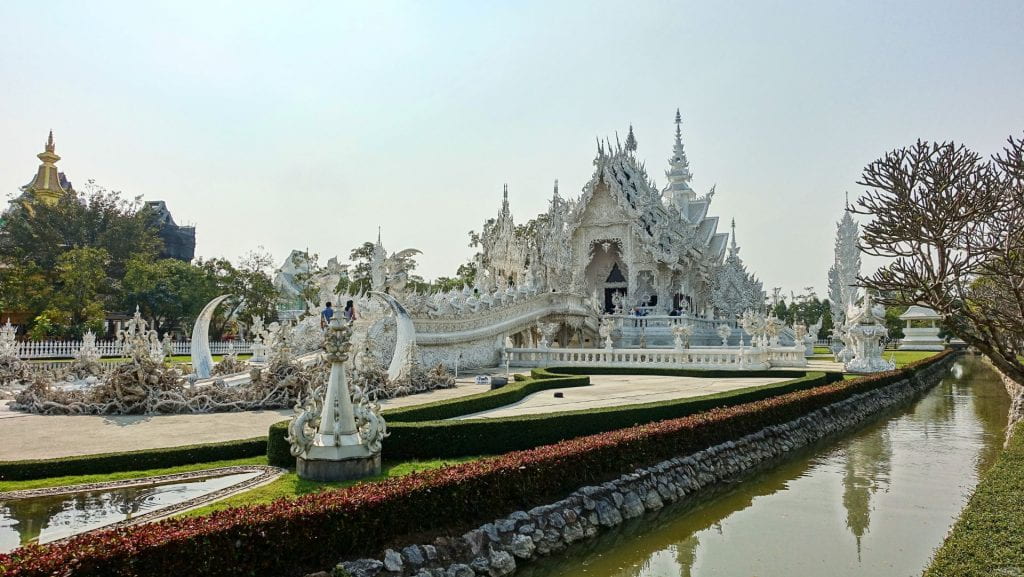 In the north, the Wat Rong Khun, otherwise known as the White Temple, was nearly lost to the slow destruction of time. After the 2014 Mae Lao earthquake, the temple suffered even more ruin. The site was luckily repaired by artist Chalermai Kositpipat over the course of several years, including the delicate and detailed murals inside the temple (Cavanagh, 2014). It is now open for visitation in Chiang Rai, and tourists can relate the structure to Buddhist symbolism. Though white is often related to innocence and purity, the White Temple’s beauty could be considered eerie. Below the bridge to enter inside is a pool of sculpted hands, reaching out towards the sky. These symbolize human desire, while the bridge represents the cycle of death and rebirth (Bon Voyage Thailand, 2017). 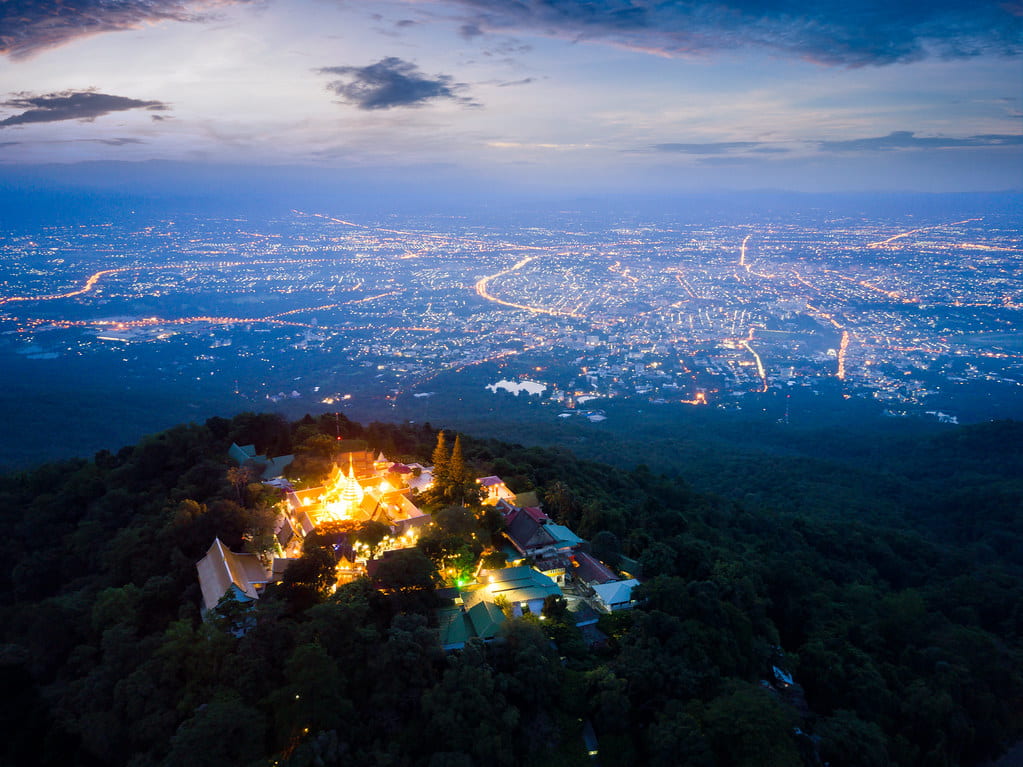 Near the White Temple is another gorgeous Buddhist temple, the Wat Phra Doi Suthep. This temple is nestled high atop a mountain, so a short hike up a 300-step stone staircase is necessary to get there, but the views of the city and of the temple itself are well-worth a little extra cardio. The temple is considered one of the holiest in Thailand, and is shrouded in legend. The temple was built in just a few years under King Kuena in 1386, and is rumored that it housed a magical relic divinely guided to the spot it would be built by a white elephant. Upon arrival, the elephant trumpeted three times, laid down, and passed – a sure sign that this was where the relic was meant to be kept. Its incredibly short construction is also considered miraculous, though it was embellished continuously for several years after (Padykula, 2019). 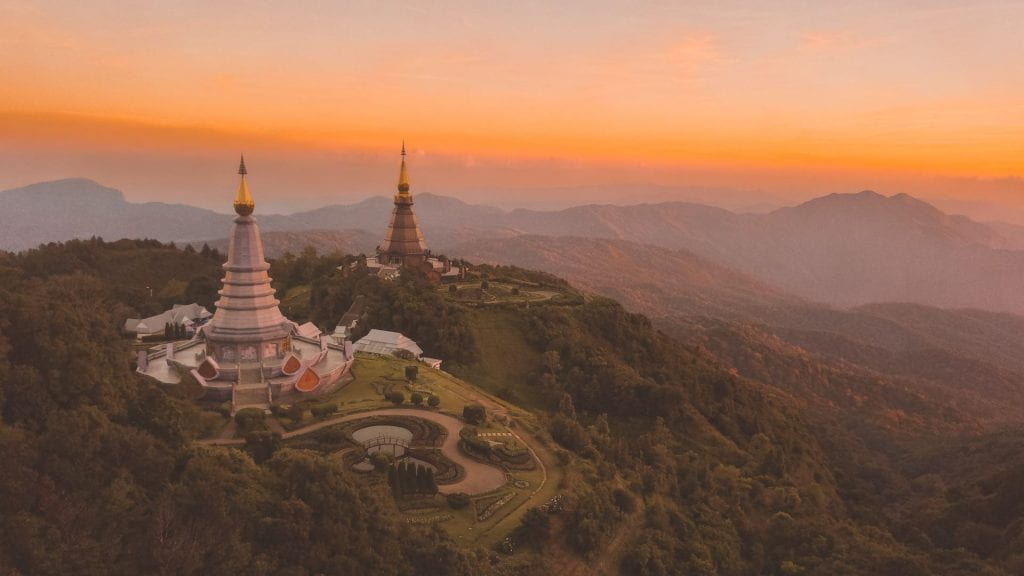 Also in Chiang Mai is the Doi Inthanon mountain, the highest point in Thailand. While it also requires some hiking to explore, the mountain’s national park is a proud example of Thailand’s lush greenery and unique wildlife, some species of which are only found in that area (Chiang Mai by Hotels.com, n.d.). While beautiful, it also holds great cultural significance, as it’s the home to Northern Hilltribe villages, specifically the Karen and Hmon tribes. Hill tribes migrated to Thailand from neighboring countries hundreds of years ago such as Laos, Tibet, Myanmar, and more. 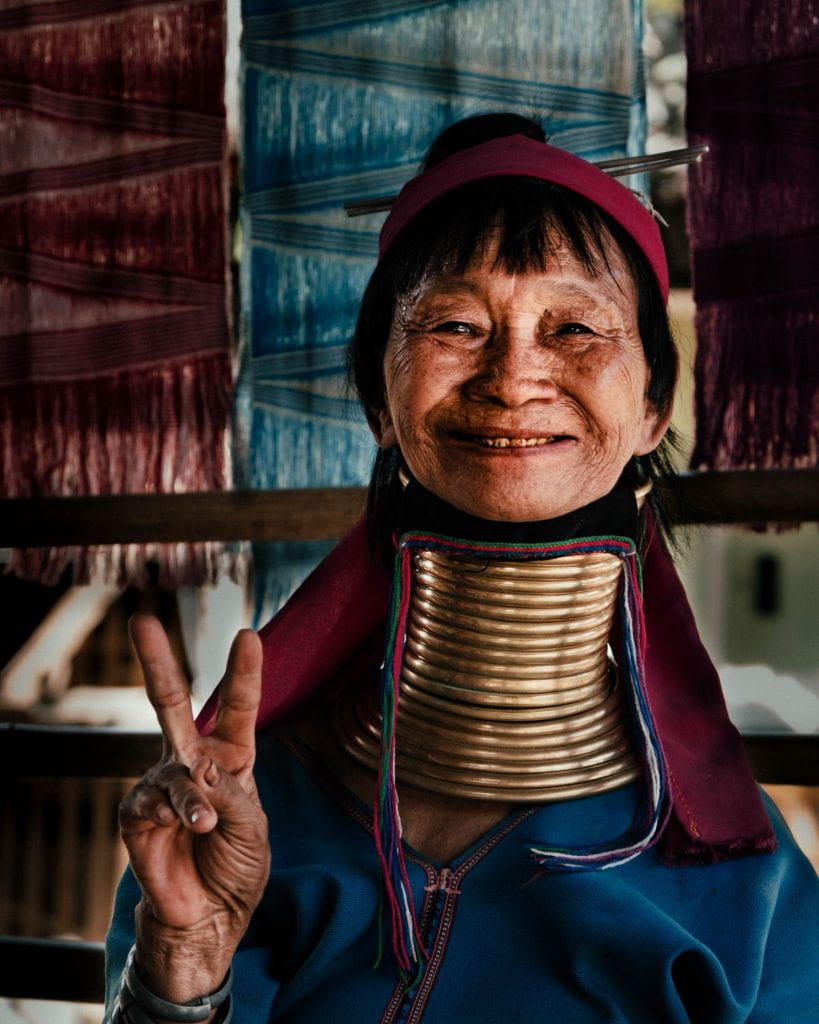 The Karen are the largest hill tribe in the country, numbering around 1 million, and are well-known for the long brass coils worn around their necks. The Hmong and Karen villages can be visited on mountain tours (Ah-Sing, n.d.). 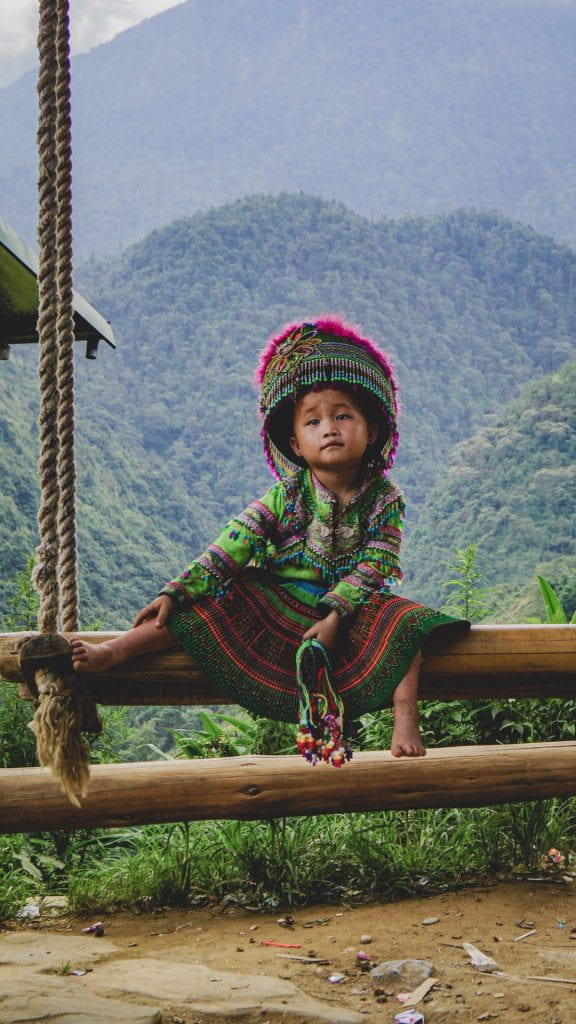 Doi Inthanon is also home to several monuments called Chedis, meaning Buddhist stupa or architecture, which are dedicated to the royalty of the country. The interiors of the monuments are covered in ornate carvings (Betgem, n.d.). 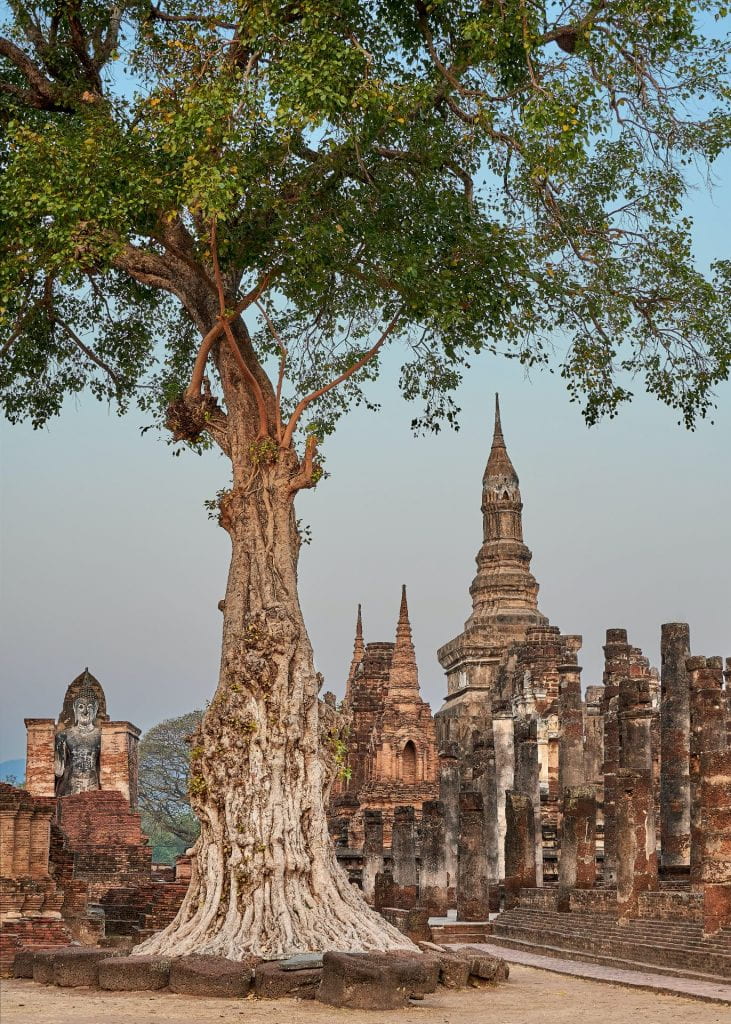 The Sukhothai Historical Park is another perfect place to get a taste for Thailand’s beauty and culture. It is where the Thai language and Theravada Buddhism, the state religion, originated, and was previously part of the Khmer empire in the 13th century (Iverson, 2021). With the Khmer Empire’s decline, a new population took over and began the first kingdom of Siam from 1238 – 1438 AD. The kingdom’s name itself means ‘the dawn of happiness’, as it represented the beginning of a new, more diverse age and people.

The archeological sites of Sukhothai are still open for visitation, and divided into five zones. The site is so large that it takes hours just to explore one of the zones – so you will never feel there is nothing more to do. There is no shortage of monuments to visit, such as the Temple of the Great Relic (the Wat Mahathat), a lotus-shaped building encircled by Khmer towers pointing in eight directions. There is also Wat Si Sawai, one of the most popular locations in the park due to its tower’s impressive size and detail. This temple was originally built for the Hindu Lord Shiva in the 12th century, but was later made into a Buddhist shrine. There are also the many elephant temples, complete with life-sized elephant carvings, or the Wat Si Chum, a massive carved statue of Buddha sitting and overlooking the area (Soumya, 2021).

There are many more historically and culturally significant sites in Thailand, even in just the North region! These sites are breathtakingly beautiful, and hold incredible stories that can be experienced just by walking through them. While enjoying Thailand’s food, tropical weather, and bustling cities, be sure to also make time to learn about the wonderful culture behind it all.

Ah-Sing, M. (n.d.). The Karen Hill tribe in Thailand – Everything you need to know. Retrieved October 22, 2021, from https://www.thailandhilltribeholidays.com/karen-hill-tribe/