Thailand, also known as The Land of Smiles, a southeast Asian country with over 69 million inhabitants. The country is known for its beautiful beaches, numerous Buddhistic temples and diverse street foods, but in recent year Thailand has been recognized for its booming sex industry. 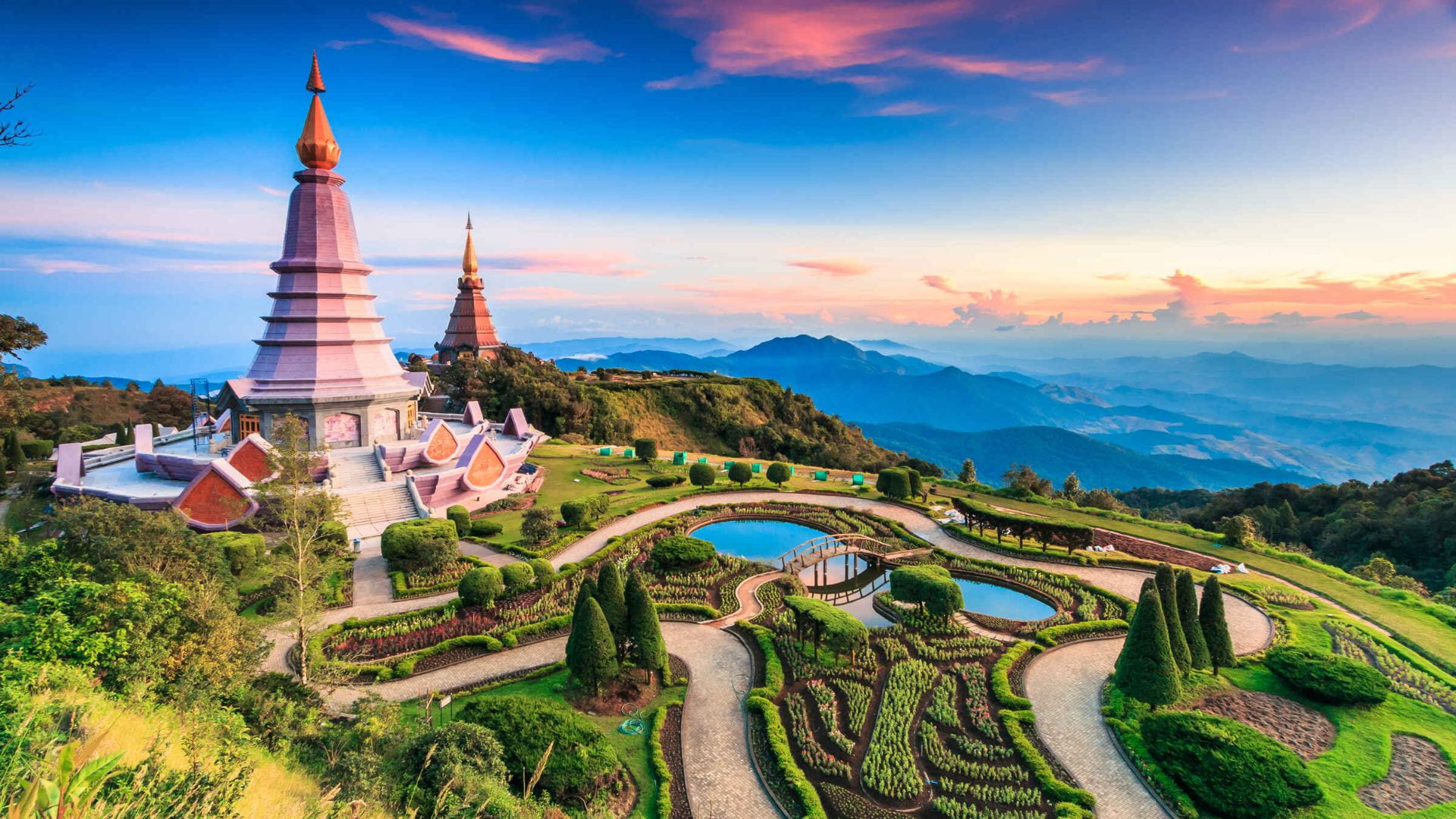 How has it come to this and what are the consequences of this illegal force in Thailand?

Prostitution plays a big role in the Thai sex tourism industry. It has been a common practice in Thailand for centuries, prostitution used to be legal and even taxed, but this has changed in the 1960s. Regardless of the fact that brothels became illegal because of the passing of the 1966 the Entertainment Places Act, sex workers didn’t go extinct they merely substituted the venue by adding their services to different recreational establishments such as massage parlours, clubs, karaoke bars, etc.

When looking into the worlds history it is apparent that an increase of military stationed in foreign countries will lead to a rise in prostitution. During the Vietnam war many American soldiers where send on a week-long so called “Rest and Relaxation” in Thailand, this has caused establishments which offer sexual services to flourish. With the high number of solders coming into Thailand more and more women began to work in the sex industry.

Before the war Pattaya was a quiet village, today, alongside Bangkok and Phuket, it has become a sex hotspot for tourists due to its nightlife. After the war the customers for sexual services merely transitioned from soldiers to foreign men.

The past events have shaped the future of tourism in Thailand, a country which is now known for being biggest commercial sexual service provider.

Throughout history there have been several attempts to regulate prostitution in Thailand. These following three acts have been the key adjustments to the way sex tourism is managed domestically.

This act states that every entertainment place is regulated and requires a license. The act may not allow prostitution, however it allows “service partners” which are employees that need to be at least 18 years old. A person requesting sex can receive a fine over 1,000 Baht. Clients who have sex with children under the age of 15 years face a 120,000 Baht fine and between two to six years in prison. The fine decreases to 60,000 Baht along with the prison time if the trafficked child is between 15 and 18 years old.

Prevention and Suppression of Prostitution Act (1996)

This act focuses on the punishment of those solicit sex or sexual activities. They are fined and can face jail time. The act emphasizes on child prostitution/trafficking.

This act punishes the sex workers as well as anyone living with prostitutes, living off money earned by prostitution, receiving money from prostitutes, or helping them settle disagreements with customers. They will be fined and placed in prison.

Regardless of these legal frameworks, prostitution in Thailand is commonly practiced, it is believed that the sex industry makes up an estimated 10-12% of the GDP.

Thailand is an alluring tourist destination due to its cuisine, beautiful islands and low prices on hotels, services etc. The sex industry in Thailand thrives on the inexpensive accessibility to sexual services.

According to statistics around 60% of tourists in Thailand are male and 70% of these males are sex tourists.

There are three main destinations for sex tourism: Bangkok, Phuket and Pattaya

Bangkok being the biggest one hosting 5 red light districts that each specializes on different sexual service establishments. Some of these establishments include Go Go Bars, Soapy Massage Parlours, Beer Bars and many more.

Pattaya Walking Street is arguably the most famous street in Asia, with its bustling nightlife culture. 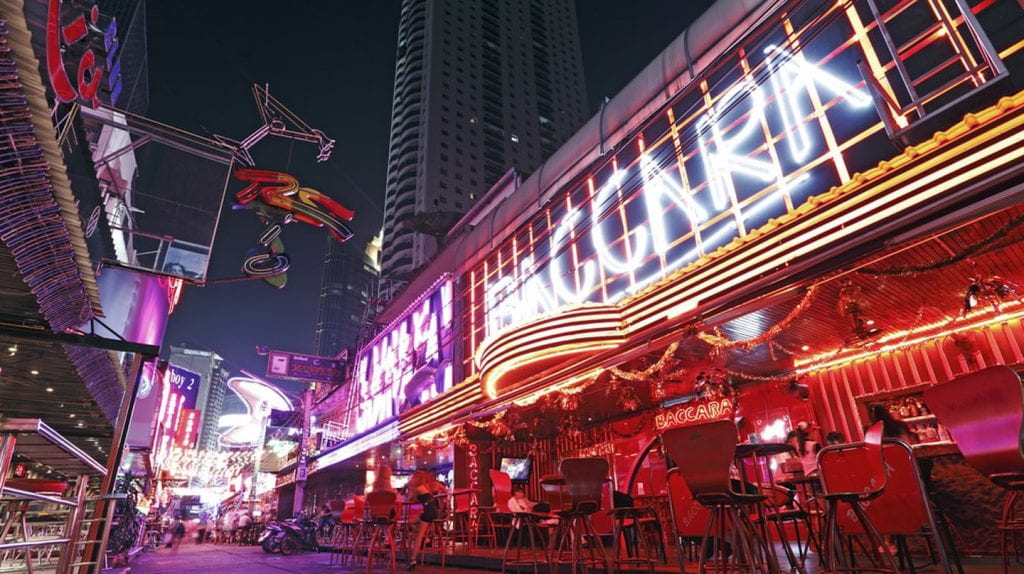 Issues that are on the rise due to sex tourism in Thailand include psychological and physical abuse, sex trafficking, HIV/STD spreading and more recently the Covid- 19 pandemic.

In 2019 470,000 people had HIV. Compared to the general public sex workers are 13 times more likely to contracting HIV, this is due being susceptible to economic vulnerability, inconsistent condom usage and experiencing sexual violence. Due to the prohibition of prostitution HIV programmes that are generally available are often not accessible to sex workers.

The victims of sex trafficking are in most cases fleeing from poverty or poor living situations. Women or girls are the most common targets and are often groomed before being exploited. Physical and psychological abuse and violence are the used tools to keep victims from seeking help. 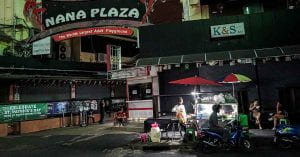 Sex workers have been suffering from the Covid-19 situation and need financial support. The provided aid by the government is offered to workers in the tourism branch, however due to the prohibition of sex work they are not eligible for the benefits.

“I want the government to help us, accept us and let us be part of the system just like every other job.” – Kat, Sex worker in Phuket

I don’t believe that there is a fast solution to Thailand’s sex tourism. The industry has been ingrained in the culture and has been formed due to historic events. Thailand should focus on supporting and recognizing sex work and thus ensuring their well-being. Sex workers usually resort to this type of work due to problems like poverty or lack of opportunities, if Thailand wants to improve the humanitarian situation they should work on supporting its citizens and decriminalizing the consequences of fighting for their livelihood.

Stainton, H. (2020, 2. April). Sex tourism in Thailand: What where and why. Tourism Teacher. Accessed on 22. Oktober 2021, von https://tourismteacher.com/sex-tourism-in-thailand-what-where-and-why/

What you want to see is what you get: realities, representations, and reputations of sex tourism in Bangkok. (2019, 20. Oktober). Blogs.Lse.Ac.Uk. Accessed on 22. Oktober 2021, von https://blogs.lse.ac.uk/gender/2019/10/24/what-you-want-to-see-is-what-you-get-realities-representations-and-reputations-of-sex-tourism-in-bangkok/