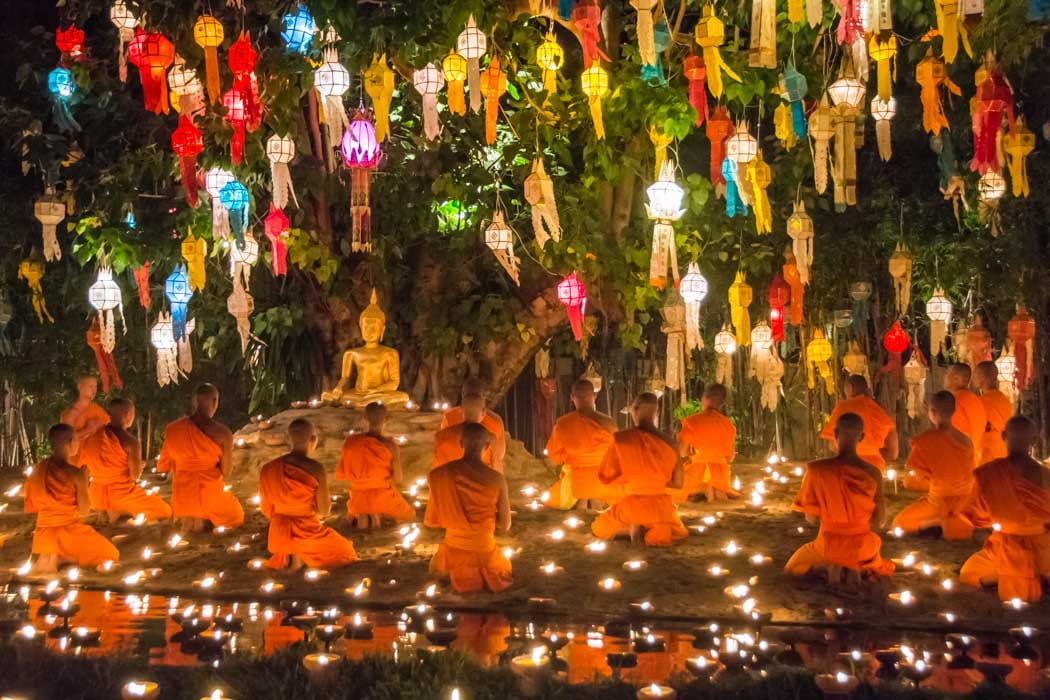 The Loy Krathong Festival in Thailand

You might have seen the imagery before, numerous small illuminated rafts floating along the current of a river or canal. It is one of the most visually stunning cultural rituals in the world that takes place during the Loy Krathong festival in Thailand. There are few people that do not enjoy a festival, and this is especially true when the festival is steeped in culture while also being a stunning visual experience. Loy Krathong, also called the Thai Festival of Light, certainly fits those two criteria to the letter. This Buddhist ceremony is held every year on the evening of the twelfth full moon in the Thai moon calendar, which is usually in November. In Thailand, the illuminated rafts are referred to as Krathongs.[1]

Consider watching this informative and beautifully put together vlog to experience the Loy Krathong festival in Chiang Mai from home. 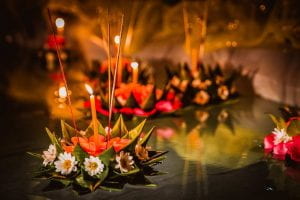 The most recognizable part of the festival is the Krathong. The Krathong might be mistaken for some kind of complex plant or flower, but it is very much a human creation. People create these Krathongs out of banana leaves, banana tree bark, incense sticks, a candle, as well as some pins to hold it all together. This fits well with one translation for Loy Krathong which is “float a banana leaf raft”. People also like to add decorations like flowers and coins to the Krathong, as well as something of themselves like a small piece of cloth, nail clippings, or a strand of hair.[2]

The cultural festival has a long history in Thailand. It is believed to originate from 700 years ago, but in Thailand it was only revived into its current form since 1977, with the goal of sparking new life into the old Loy Krathong tradition, and also to attract tourism in Thailand.[3] That goal has clearly succeeded, Loy Krathong is now a national festival that is celebrated in all of Thailand every single year and has become a part of the cultural heritage of Thailand.

The Meaning behind the Krathong

So why would the Thai people create such rafts, what is the purpose of the beautiful creations? The beauty of the ritual might be considered a valid reason in itself, and the reason for partaking in the event will differ for each person, but officially there are a few meanings behind releasing the Krathong.

After lighting the candle on the Krathong, the people make a wish before sending out the Krathong on the water. It is also thought that when the raft leaves the person’s hands, all their anger, negative thoughts, and past sins are supposedly washed away. So, releasing the raft in the water has a spiritual cleansing effect. The cleansing properties of water are common in Buddhist ceremonies. 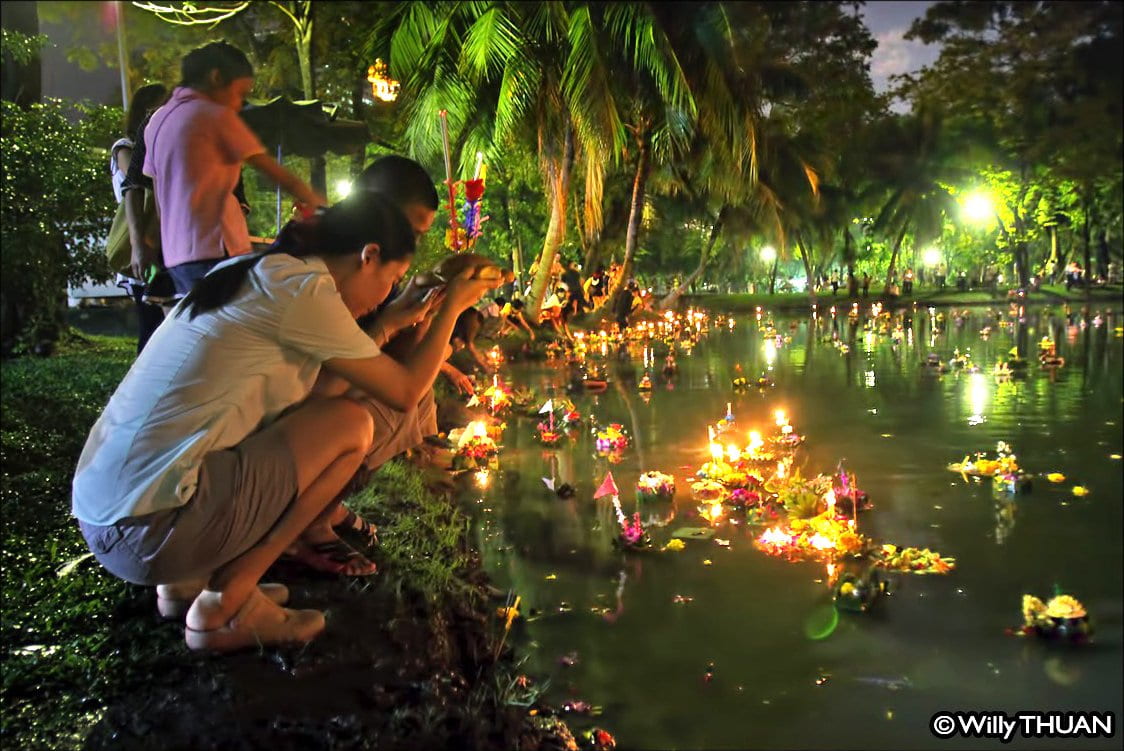 At the same time, sending out the raft is also thought to bring good luck for the coming year. Although you might want to make sure that your raft is well build, considering that it would be a bad omen if the Krathong were to sink or flip over in the water. 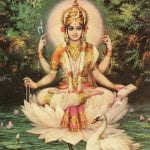 Another purpose of sending out the rafts is for people to honor Phar Mae Kongka, the Thai goddess of water, rivers, streams, and canals. This is done both to praise the goddess, but also to ask for forgiveness for environmental wrongdoings in the past. The festival happens right after the monsoons in Thailand and the rafts are also a way to thank the goddess for the water and rainfall of the year. The final meaning of the festival has to do with offering a tribute to Lord Buddha, as some believe that the festival started from a legend involving Buddha.[4]

Angering the Thai Goddess of water

Loy Krathong is very much a peaceful spectacle that brings many Thai to the waterscapes in the country. It is understandable for you to think that there is little reason for controversy with the Loy Krathong festival, but this is surprisingly not the case. Remember that one of the reasons for sending out the Krathongs is to ask for forgiveness from the Thai Goddess of Water Phar Mae Kongka for past water pollution. You might therefore agree that it is extremely ironic that those very Krathongs are causing significant pollution to the rivers, which has led many Thai to protest the festival. There is severe critique among many of the Thai people on the waste that the Krathongs produce in the rivers. This environmental aspect connects Loy Krathong well with some of the largest international problems today, which is that of climate change and environmental protection.[5] 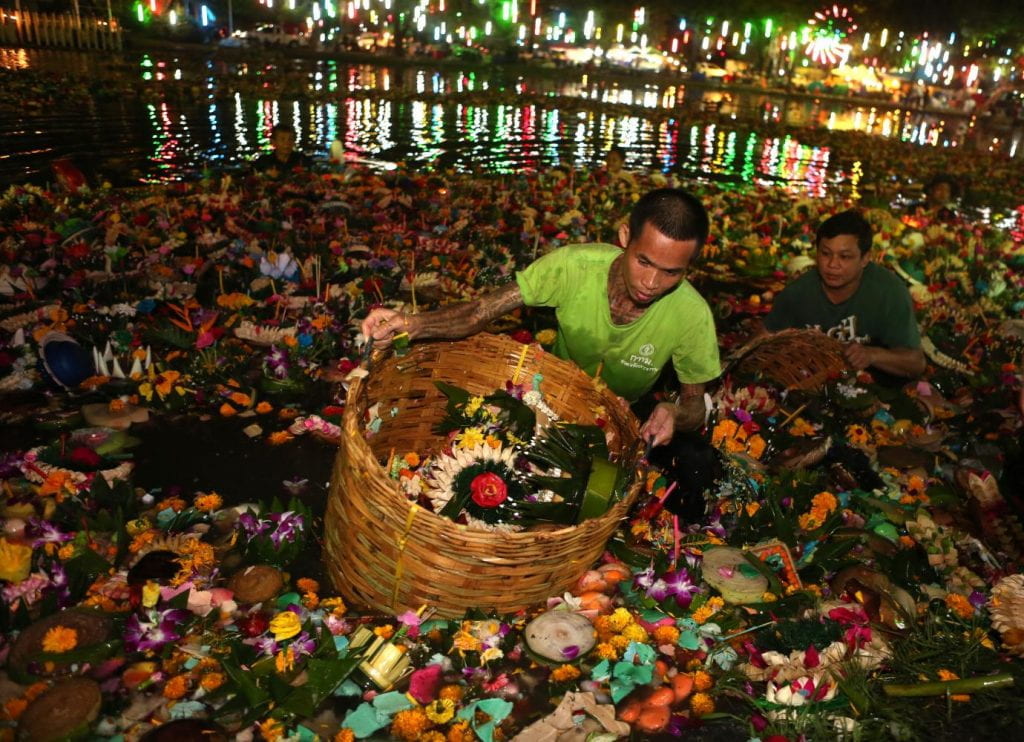 It is certainly quite ironic that the Krathongs are now doing harm to the rivers as well as the aquatic life. It seems clear that sending out these Krathongs is not the smartest way to ask forgiveness from the water goddess considering the pollution that is caused. Data from Bangkok indicates that over a million of the Krathongs are collected as rubbish every year. The problem is that even if all the Krathong materials were biodegradable, which not all of them are, it would take a long time for the rafts to dissolve. The Krathongs also take away oxygen from the water with negative effects for the river’s aquatic life.[6]

A solution regarding the pollution is not exactly simple, but a solution certainly seems necessary. Loy Krathong currently has the image of being a magical and stunning cultural tradition by people all across the world, but action might be needed to keep it that way. Especially with the growing environmental concerns that are taking root worldwide. Seeing rivers clogged with Krathongs, and the death of aquatic life certainly removes any illusions of beauty and magic quickly. Many in Thailand are starting to recognize this problem and are trying to think up solutions to make the festival more sustainable.

The Loy Krathong festival as well as other festivals can be of great benefit to Thailand when it comes to attracting tourists, making such events a boon for their tourism industry. The rich culture of Thailand makes the country an attractive holiday destination for many foreigners. Loy Krathong very much works in tandem with other cultural events and festivals to make Thailand a preferred vacation destination for many people, this makes it difficult to pinpoint the exact tourism benefits of the Loy Krathong festival alone.

The Tourism Authority of Thailand estimated that the six major locations celebrating Loy Krathong attracted 300.000 tourists in 2020, bringing in 580 billion Baht for the local economies. This was down from previous years because Thailand had to rely more on Thai tourism due to the Corona crisis, and there were also protests in regards to the previous mentioned pollution concerns. [7] The effects are clear when you compare with previous data. The Tourism Authority of Thailand estimated that these major venues generated 660.000 visitors in 2014 with 650 million Baht of revenue. [8] Thailand will need to address the environmental concerns of the Krathong so that it will keep attracting tourists, instead of having the adverse effect and potentially damaging the image of Thailand.

Festival of Lights taking over the World

Somewhat similar festivals to Loy Krathong can be found in many other countries in Asia, showing the international reach of the different festival of Lights versions. China has a festival known as the Shangyuan Festival, Myanmar has a version called the Tazaungdaing festival, Sri Lanka has the Il Full Moon Poya, Cambodia has the Bon Om Touk, and Laos celebrates Boun Lai Heua Fai. Some are more closely related to the Loy Krathong festival than others, but all share at least some recognizable elements. These are just some of the countries that have a history of celebrating a Festival of Lights.[9]

Even countries without any history of Loy Krathong have started their own Festival of Lights, imitating many of the characteristics of the festivals in Asia. They have not reached the same importance on a national scale, but are prevalent nonetheless.  In the West for example, you have the Water Lantern Festival in the United States held annually in many locations. [10] And London has its own annual celebration called the Magical Lantern Festival.

A festival worth protecting

Loy Krathong is a beautiful festival that has successfully captured the imagination of people all over the world. The imagery of the thousands of illuminated Krathongs moving along the river is hard to forget. The environmental pollution of the Krathongs needs to be resolved so that this beautiful festival can be enjoyed for many more decades, and the Thai people will no doubt meet the challenges ahead. 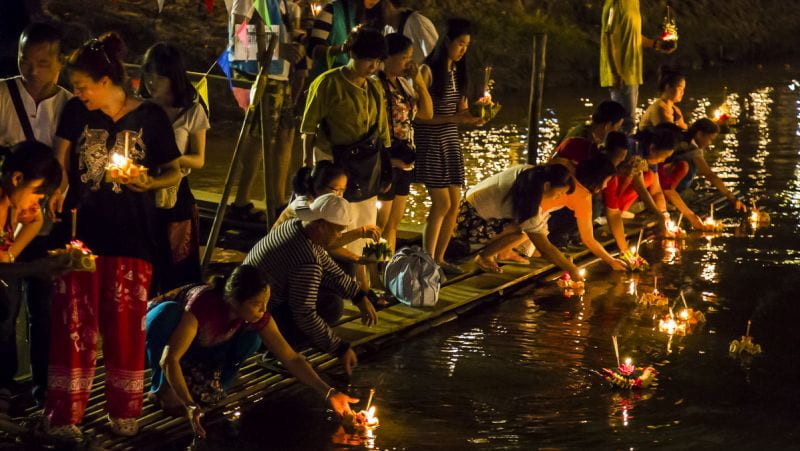 5 – Tuitjer, A. L. (2017). Sensing the waterscape: Re-assembling the politics of climate change and displacement in Bangkok, Thailand. Durham University.