Culture refers to something like collective subjectivity. Collective subjectivity is a way of life or outlook adopted by a community or a social class. It is a set of characteristics, which distinguish one group from another. Culture at the workplace is a very powerful force. 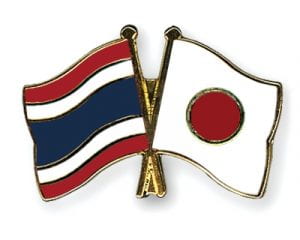 There are multiple drivers for working and most people want to be proud of the organization they work for and do not work only for money. The Japanese working culture is known for hard work and a huge amount of overwork, a seniority-based system, and hierarchical nature, but also a lot of discipline and lifetime employment. Economic development is programs, policies, or activities that seek to improve the economic well-being and quality of life for a community, in this case of the country Japan. (Niger Delta University, Amassoma, 2016)

In the Japanese work culture, there are deeply rooted traditional values. This is due to the isolation of Japan, which has led to one of the richest histories of culture. The cultural norms are the opposite of the western cultures that are more multi-ethnic and multi-cultural. With the movement of globalization, Japanese companies are more compelled to meet global business standards.

Japan is a highly hierarchical society and therefore respect for age and status is dominant in the working culture. Hierarchy affects all aspects of social interaction in Japan. The status someone has is determined by a combination of the role someone has in the organization as well as in which organization, which university they went to, and the marital status.

Appearance is key and Japanese workers tend to dress formally and conservatively. A business outfit for men should contain a dark-colored business suit with ties and white shirts. Women should also dress conservatively and in subdued colors. Jewelry should be kept to a minimum. (AsialinkBusiness, n.d.)

Culture is the beliefs, values, attitudes of people which continuously evolved over time (Encompass, 2017). Religion also has a big impact on how culture is shaped in a country. Corporate or business cultures are the behaviors and beliefs that determine how people interact with each other in a company. Corporate culture usually develops over time from the characteristic traits of people that the companies hire (Investopedia, 2021).

Since Japan is an Island, located off the Pacific coast of the mainland of Asia, it has one of the richest histories when you look at their culture. The culture is a combination between the philosophies/religions of Confucianism, Buddhism, and Shintoism that have been tailored into the culture. These three philosophies are the main pillars of the foundation for not only the societal norms in the Japanese culture but also in the business culture. 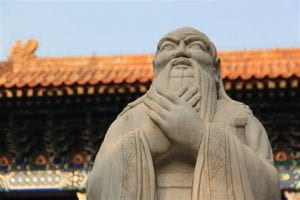 Confucianism is an ancient Chinese philosophy and belief system. Confucius was a philosopher, who wrote about his thoughts on ethics, moral character, and good behavior. The golden rule of Confucianism is; do not do unto others what you would not want others to do unto you. The fundamental idea of Confucianism is the importance of having a good moral character. A good moral character will affect the world around that person, and that is how it is incorporated into the culture (National Geographic, 2020).
Confucianism encourages the presence of a collective mentality, where relationships in well-defined hierarchies can be maintained. The requirement of a family aspect with traditional Japanese companies has led to multiple long-term company-employment relationships. These relationships influence the current management practices in Japan, such as lifetime employment and seniority-based promotions (Encompass, 2018, p. 9-11).

Buddhism is the second biggest religion in Japan with 66.7 (Statista, 2021). Buddhism entered Japan via India. Buddhism had an enormous impact on the civilization in Japan, which caused it to flourish. However, Buddhism in China went through a golden age. Chinese monks brought the newest developments regarding Buddhism practices and scholarships to Japan (Learn Religions, 2019). Buddhist influences in Japan are especially visible in the thousands of Buddhist temples all around the country, and the many festivals which are being held during the year. The main activity in Buddhism is visiting temples on a daily basis (Asian highlights, 2021). 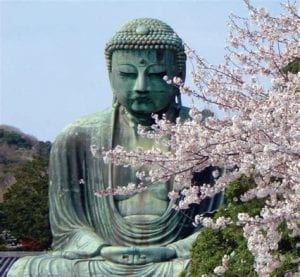 Buddhism is considered to be the mental discipline that helped samurais succeed in their honorable pursuits. The practice of Zen meditation appears in Japan’s drive for constant improvement and product designs (Encompass, 2018, p.9-11).

Shinto is an indigenous religious belief in Japan. Shinto is the biggest 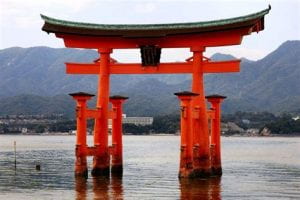 religion in Japan with 69.0% of its population (Statista, 2021), which is also why it has the biggest impact on culture.
Shinto literally means: the way of kami, with the word kami being sacred or divine power. Sinto is closely linked with the Japanese people’s value systems and in the way Japanese think and act, that is also the way it is interwind in the culture. Shinto has no legitimate founder, when the Japanese people and the Japanese culture became conscious of themselves, Shinto was there already (Britannica, 2021).
Shintoism has as fundamental characteristic the purification of both the mind and the body. The Seimeishin (purified mind) should be unselfish. This also connects to an aspect of Confucianism, which also supports social harmony and loyalty to superiors (Encompass, 2017, p. 9-11).

The integration of the Shintoism, Confucianism, and Buddhism philosophies throughout Japanese history, has a direct connection to the Japanese Business culture and to the societal and cultural norms. The conjunction of these three religions also shaped the values of the people, which then again influenced the organization’s ethics, visions, decision-making, working style, and other business functions (Encompass, 2017, p. 11).

Japanese labor laws and the correspondence with reality

Labour laws are in place for the smooth operation of business within a company. The labor law regulates the relationship between employer and employee, and everything that comes with the relationship, like wages, schedules, and vacation days. The labor law contains all the responsibilities and rights that the employer and employee have. The employers are the ones responsible for writing a contract (ResearchGate, 2019).

The Japanese are known for their hard work culture, even though they have very similar labor laws compared to other countries. There are multiple laws in the ILO about work hours and vacation days, which are not being followed by most employees.

For example, there is a law in Japan, which states that an employee cannot work more than 40 hours a week (ILO, 1995, chapter 4 article 32). However, around a quarter of Japanese companies require employees to work more than 80 hours overtime a month. In a four-week work month, that would mean employees need to work an additional 20 hours overtime a week. There has been a convention in 1935, CO47-Forty-Hour week Convention, which mentions that the principle of a forty-hour workweek is applied in such a way that the standard of living is not reduced as a consequence. However, by working 60 hours a week, and around 12 hours a day, this is the case.

So, according to Japanese and International law, there is a maximum of hours that employees are allowed to work. However, International law does kind of contradicts this law because they also say that there is no international standard on how much overtime employees are allowed to work. Adding onto this, there have been conventions in the past about hours of work. More specific, there is a convention on hours of work. They require states to issue regulations specifying circumstances under which overtime can be executed. These guidelines are also the ones that are required to set that limit on hours of overtime. Because of this, it makes it hard to put an actual limit on over hours, so there is not much the International Labour Organization can do about the hours of overtime in Japan since it is more an internal issue. The fact that a lot of the overtime hours are not registered also makes it difficult for the Japanese government to take measurements.

Introduction and aspects of the culture

Japanese labor laws that do not correspond with the reality

Fifield, A. & Independent. (2016, August 2). Japanese people “dying from overwork” by putting in more than 60 hours a week. Independent UK. https://www.independent.co.uk/news/world/asia/japan-overwork-working-60-hours-karoshi-a7166376.html

Saiidi, U. & CNBC. (2018, June 1). Japan has some of the longest working hours in the world. It’s trying to change. CNBC Business News. https://www.cnbc.com/2018/06/01/japan-has-some-of-the-longest-working-hours-in-the-world-its-trying-to-change.html