How did the Taliban take over?- A quick timeline and analysis

When US officials came to an agreement the Taliban in the Qatari capital Doha and the Biden administration no one would have publicly thought the country would fall so fast to the Taliban. On the 10th of August US intelligence warned of a possible Taliban takeover of Afghanistan just in a matter of 1 to 3 month (Mellen, 2021), however the capital fell only 5 days later. What exactly happened. Follow this small blog for a timeline of the fall of Afghanistan 2021.

The timeline begins on April 14th when the Biden administration announced a full American troop pull-out which also meant a pull-out of allied forces from a war that was the longest in American history. The move comes after years of negotiations especially the previous Trump administration which sped up the negotiations with the Taliban. The pull-out was timed to start in May and to be completed by September 11th 2021 the 20thanniversary of the September 2001 attacks. This would end a war that had a huge cost for the American people, claiming more than 2000 American military lives and trillions of dollars of tax money. The numbers are much harsher on the other end however with an estimated 100 000 Afghan civilian casualties since the beginning of systematic documentation civilian casualties by the UN in 2009.

Since this announcement the Taliban opened up and showed more presence beginning in May. Checkpoints, patrols, and more are considered a show of power. The Afghan government not being regarded strong enough to keep peace and order in the country even though it has had the support of western powers. When the opportunity arose, the Taliban led insurgencies used the weakening pressure by the US to take over weaker provinces making their way into government-controlled cities and areas. Although American forces were still in Afghanistan the Taliban forces were met with little resistance. Although the advances of the Taliban forces were portrayed as worrying in western media the withdrawal remained in action.

July 2nd marks the day the US has announced withdrawal from the Bagram airfield just north of Kabul. The Base is being handed over the Afghan government forces, however many soldiers complain that US soldiers have left overnight without even warning the Afghan forces (BBC, 2021). This overnight retreat was heavily criticized however, the United States have defended their actions commenting the retreat was planned and discussed beforehand with “high-level” Afghani military officials. This raises questions of the validity of the US claim or the competence of the Afghani government. 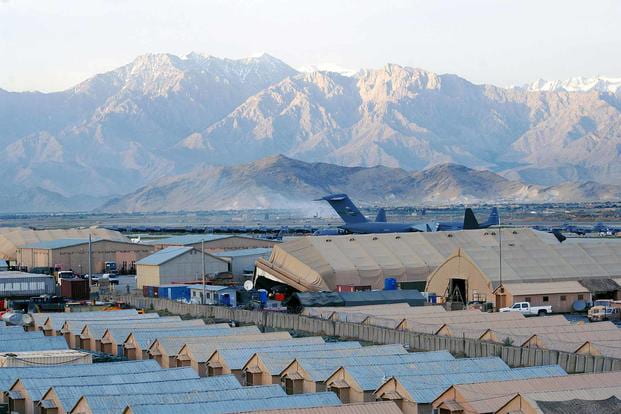 Bagram Military Base 40 miles from Kabul

July 8th President Biden defends the quick withdrawal of troops claiming that it is not beneficial for the United States to continue the war and the country would remain fairly stable after the American retreat.

August 2nd Afghani President Ashraf Ghani blames the quick US withdrawal for the lacking security in the country. 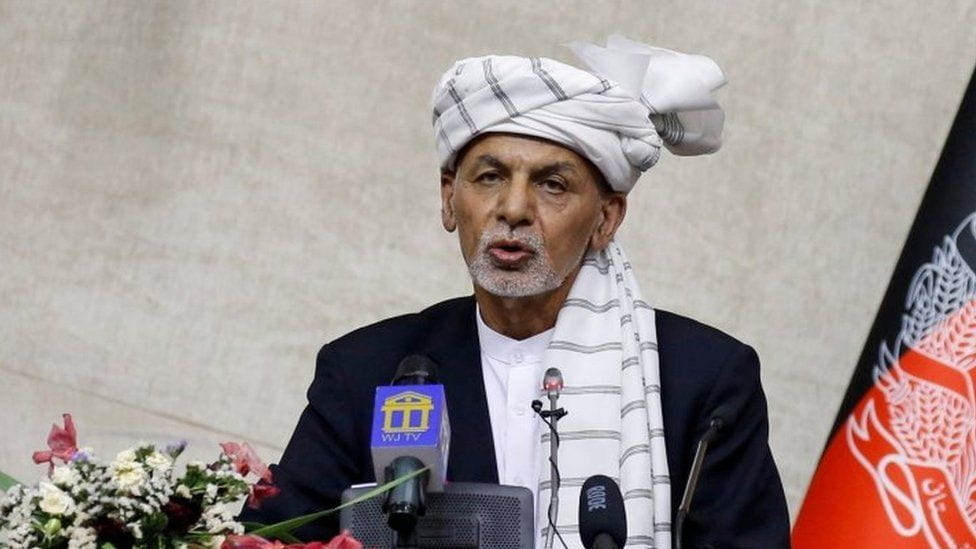 August 4th Taliban start taking over territory that has been under government and western forces for over 20 years. These are the first real attacks on more populous cities differing from the attacks on the rural parts of the country.

August 6th-13th Taliban seize first provincial capital of Zaranj on the 6th of August. The city falls without a fight. This is the beginning of the fall of many major parts of Afghanistan to the Taliban. 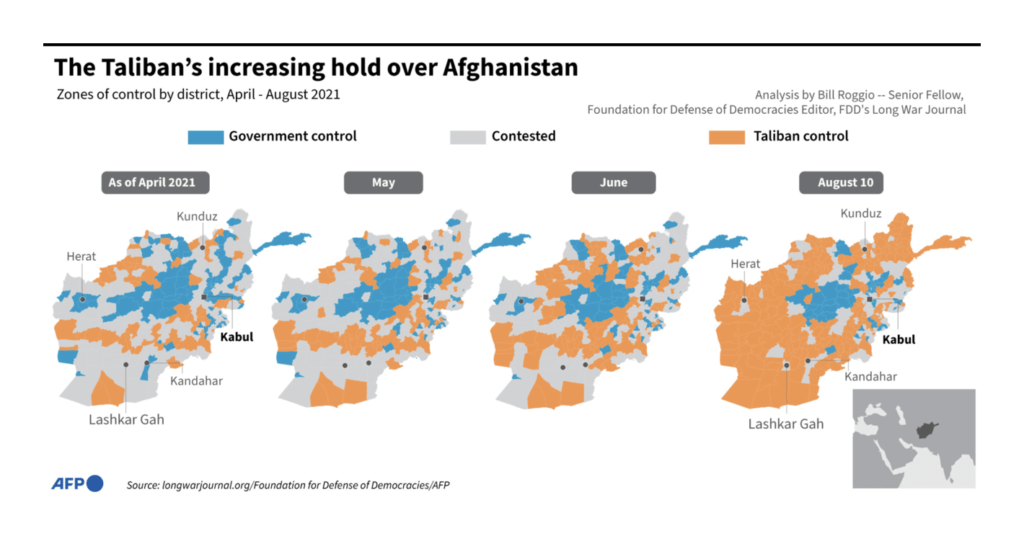 August 14th More troops are sent by the Biden administration to help with the evacuation of essential people from Kabul. Other Foreign countries evacuate their citizens and diplomats.

Even in August many countries were not done extracting their diplomatic personnel and citizens. This resulted in heavy media criticism and worries about afghani citizens who helped western governments that could be persecuted by the Taliban after the takeover, however there was not enough time to evacuate everyone. Further questions arise on how it is possible that the Afghani army which was trained by foreign forces did not show any resistance.

Furthermore, this event makes many Americans and Europeans question the sense of the war in Afghanistan and if it even made a difference if the same group which was in control of Afghanistan before the invasion took control just weeks after the US military started losing control of the region. Although the pull-out was highly criticized President Biden and his government have been defending the withdrawal by arguementing the US had nothing to do with Afghanistans civil affairs with Secretary of State Anthony Blinken saying “…to get out of a the middle of a civil was in Afgahnistan..” on ABC news. The Biden administration used the progress it has inherited from the Trump administration to reposition the United States in the worldwide political and military arena with rising US-China tensions. The actual motives for such drastic and fast withdrawal of US troops from Afghanistan is unknown with a possible future relocation of these troops to a different part of the world with a higher importance for American interests. Long wars mean many political shifts and a changed world as well.

To really understand the events that are taking place in Afghanistan currently from an economic standpoint it is necessary to investigate the economic situation of Afghanistan itself and the history of how this economy has developed and functions.

It all began in the 1970s when Afghanistan had their own rule and had started developing its economy through increased production in its primary sector, pushing out large quantities of natural resources and agricultural goods causing the economy to grow. This was all under the recommendation of the World bank and things were going well for the country. However, this did not last. In 1979 Afghanistan was usurped by the Soviet Union putting a government that supports the USSR in charge of the country, which caused an upset on the side of the US as they were previously the key funders to the country and had great interests in the country’s natural reserves and potential resources. The US had stopped sending funds to Afghanistan making them solely reliant on the USSR for funding their economy and growth, which initially worked in Afghanistan’s favour as the economy boomed going from 1.789 billion USD in GDP in 1970 to 3.698 billion USD in 1979. The economy and infrastructure in Afghanistan grew and improved and so did people’s lives. 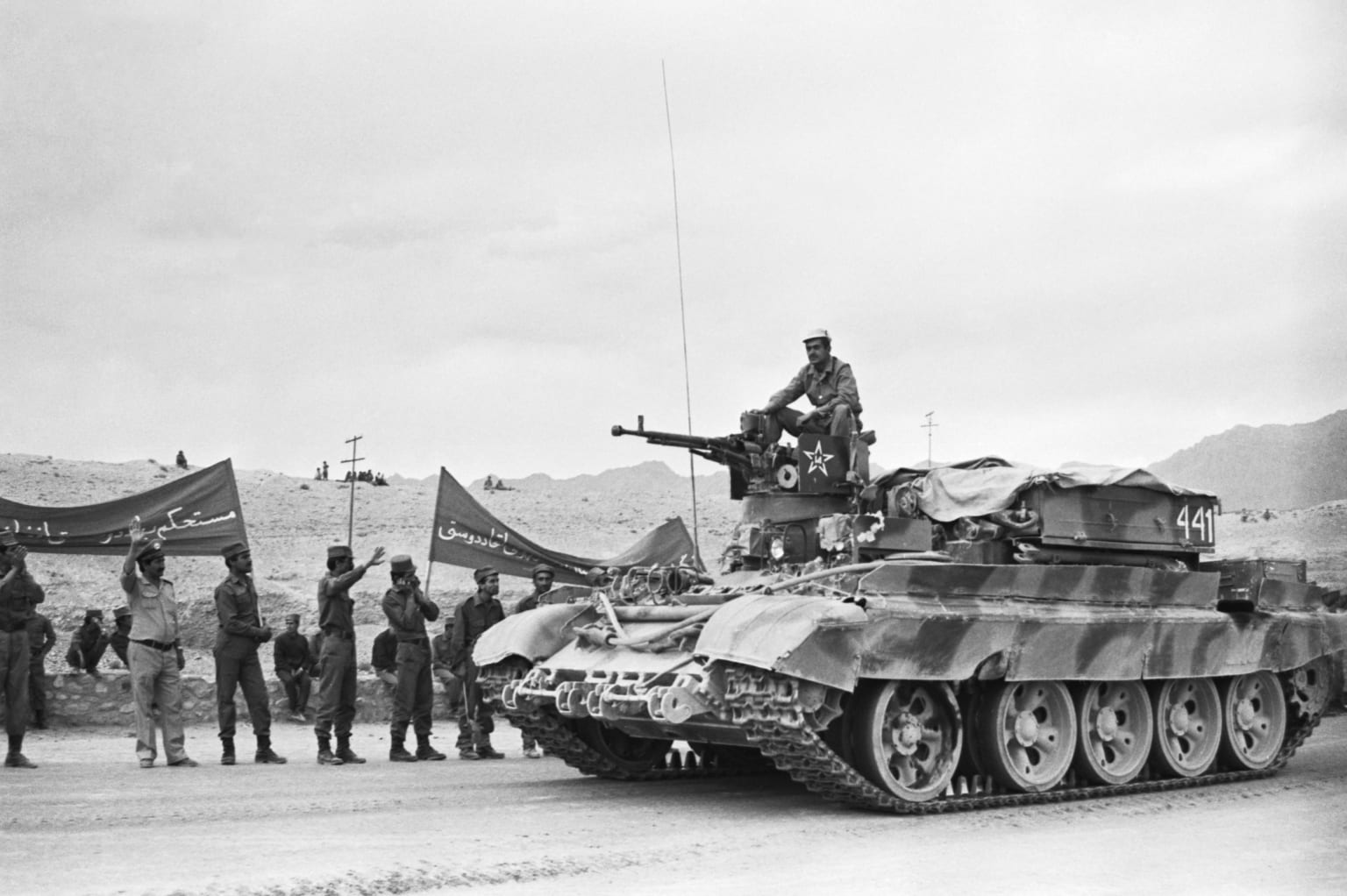 However, there was a poison building the country. With the soviet control, there was a lot of instability within the country as there was a raging civil war within the country for power and control with millions fleeing out of the country in the hope of better lives. In the end, a certain group within the country grew hungry enough for power and made a move against the Russian backed government, officially having a coup of the government and establishing their own reign in 1994. This group was the Taliban. This truly was a time of dread for the country as the Taliban had affiliated themselves with terrorist organization al-Qaeda further putting the country into more instability and conflict as no western nation would associate themselves and make diplomatic motions to re-establish a balanced power dynamic within the country. During this period of time, there is a loss of information on how the economy grew and developed as the data was simply not available, a period of time missing and erased from the datasets of all economists.

On September 11th, 2001, everything changed. The terrorist attack on the twin towers in New York, organized and led by al-Qaeda as a retaliation of the “anti-Muslim movements” that the US had been involved in Iraq, Israel, the presence of US troops in Saudi Arabia and other claims that were against the beliefs of al-Qaeda. This attack led to the retaliation of the US on October 7th, 2001, with bombings in Afghanistan and the deployment of US troops to Afghanistan to seize control over the country and give them liberty from their oppressors. By December 9th, 2001, the Taliban organization had collapsed, and they lost power in Afghanistan. In 2002 the reconstruction of Afghanistan began; a newly formed government would take over while US presence remained dominant in the area to provide control and to further repel any separatist or terrorist movements within the country. This new government would now have a democratic standpoint and emphasize democracy and the freedom of choice for the afghani people. Afghanistan gained a lot of supporters and contributors who would be funding and donating to the country’s development. The economy prospered with a booming GDP going to the values of 20 billion USD in 2018 and the Human development within the country also being on an increment as NGO’s entered the country improving the countries healthcare system and education. Things were getting better, people who had once fled the country were now slowly streaming back into Afghanistan’s people’s lives were improving and even though the land was still torn by conflict there was some stability.

The economy was doing well with only a slight dip in 2019 with 2020 being back on track. Covid did not have too much of an effect on the economy as the service sector in Afghanistan was always weak and the other sectors were not as compromised to Covid. The economy was once again in a growth position, that is until President Joe Biden announced the final pull-out of all Us troops out of Afghanistan in late 2020.

Afghanistan’s government, being weak and lacking control in many regions was left unprepared for what was to follow, as not even a month after the US withdrew from the government had lost control of its lands and the Taliban had taken the country over again. 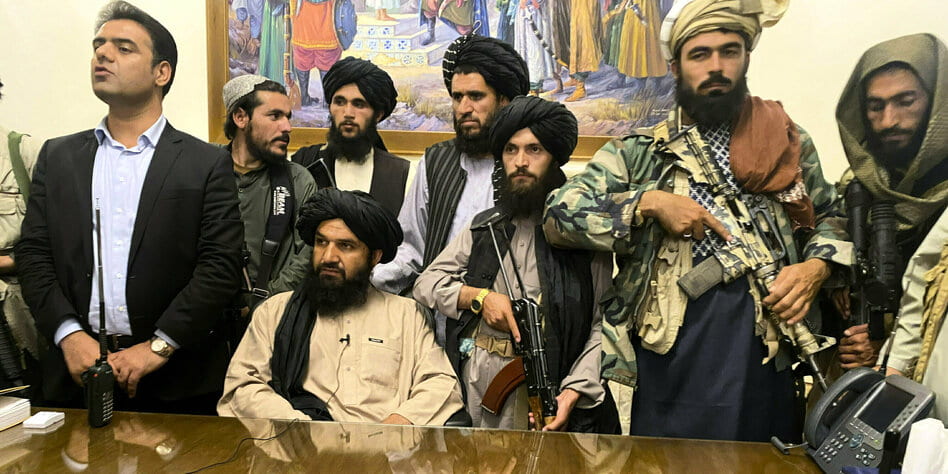 Economically this did not bode well for Afghanistan as they were very reliant on foreign funding as up to 40% of their GDP came from foreign aid, which once the Taliban had seized the capital pulled out and froze alwl of the country’s external assets. The sudden takeover and pull-out of the foreign aid led the citizens of Afghanistan to attempt to take out all their money from banks in an attempt to keep it as cash however this emptied out the banks and all value that was associated with the currency was frozen abroad in the US and other western powers. This would have meant that the value of the money in Afghanistan was purely fictional and had no real value that the banks would recognize. This would certainly mean that Afghanistan is once again facing an economic crisis and the situation remains very unclear on what will happen and how things will develop further.