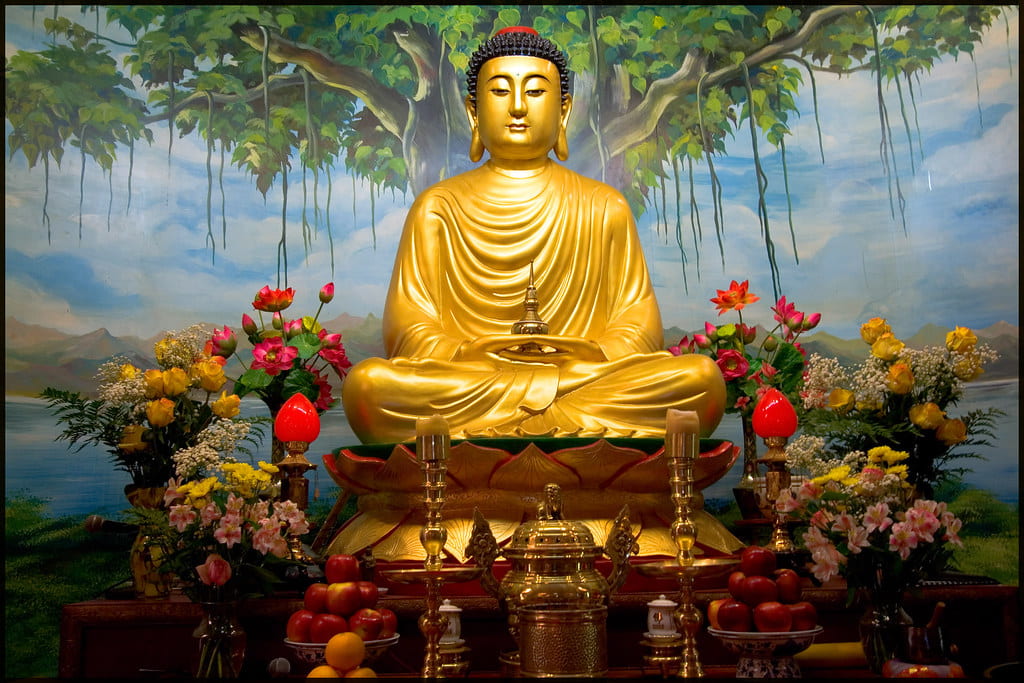 Religion and spiritualism both play a big role in the daily life of Thai people. Buddhism is the biggest religion in Thailand, with around 95% of Thai citizens practicing Buddhism every day. Buddhism was founded by Siddhartha Gautama, which is now referred to as the buddha, over 2500 years ago. Buddhists believe Siddhartha seated beneath a tree and reflected on his life through meditation, until he became enlightened. Therefore, Buddhism is a religion that is deeply focused on personal spiritual development and the achievement of a deep insight into the true nature of life. Besides that, Buddhism is also about equal treatment for everyone and helping others and being respectful towards nature. Buddhism can be distinguished into different, regional schools: Theravada Buddhism, Mahayana Buddhism and Tibetan Buddhism. In Thailand, Buddhists practice Theravada Buddhism. [1]

Buddhism knows five moral precepts, which are rules that help Buddhists to learn what is right and what is wrong and how they should behave in a moral and ethical way. When these precepts are followed, Buddhists are assured they are living a morally good life and they will slowly get rid of their suffering and will eventually achieve enlightenment, just like Siddhartha Gautama. These five precepts are:

If Buddhists follow these guidelines, it is said that they will eventually reach enlightenment, also known as the truth of life [2] 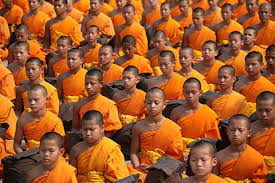 Because of the five precepts mentioned above, it is clear that if all Buddhists follow them, there wouldn’t be much trouble or criminality, since they want to end their suffering and with that also the suffering of others. Buddhists also strongly believe in Karma, that their good actions will have good consequences and that their bad actions will have bad consequences. This is probably why many Buddhists will deviate from ending up on the wrong path. [3]

Besides that, criminality is very low in Thailand because their culture, as part of Buddhism, is also revolving around respecting the elders. Thais hold their parents in very high regard and would never hurt their parents or make them cry. If this happens, it is believed it will bring bad luck. If a Thai would commit a crime, he wouldn’t be the only one that gets punished, because their parents will also suffer from their image being stained. [4]

Nevertheless, Buddhists believe that criminals should be punished for their actions, but that it must be an acceptable punishment. For example, inhumane treatment will not solve their behaviour, so the best approach is to reform them and the rehabilitation of the criminal should be a priority. Buddhists are also very forgiving and show kindness to all human beings, even those who committed a crime. [5]

Spirituality as part of Buddhism:

The spirituality in Buddhism and the lives of Thai comes from another religion, Animism which can be lead back to Thai folklore. Animism literally means ‘the worship of Spirits, and it is a force that many Buddhists believe they should respect. [6]

Animism says that everything has a spirit, even rocks and houses, and most Thai will admit that they believe in Phi, which is the Thai word for ghost. The Thai animists always try to keep the supernatural beings happy, by giving offers such as food, or material things such as clothes and toys. The 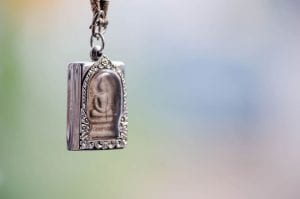 Example of an amulet

y believe that this will ensure their own safety and it will protect themselves and their family from bad luck or other consequences. Some Thai even wear amulets, in bracelets or necklaces, that are said to have the power to protect the wearer from evil. [7]

Besides offers, this religion also has many specific protocols that must be followed by those who believe in the existence of the spirit world. Animism was also the first form of spiritual belief in Thailand. [8]

This spirituality is also the cause of Thai people being very superstitious, meaning that they have strange beliefs which are linked to the protocols they must follow in order to not upset any spirits. A few of these superstitions are:

While every culture has its superstitions, there is no other culture where as many people believe in them as Thai Buddhists. [9]

Buddhism is seen as a very tolerating religion. Thai Buddhists believe everyone is equal and that if you do good, it will bring you good luck and helps you find enlightenment. But there is also a bit of a bad side to Buddhism. As mentioned earlier, Buddhists believe that criminals should be punished for their actions, but in an acceptable way, without doing them harm. In practice, this is not entirely the case. Prisons in Thailand are said to be some of the worst prisons in the world. The prisons haven’t been improved over the past decades and people are forced to live in terrible conditions, such as cramped/shared cells without a mattress or privacy and prisoners witness or experience daily brutality. With this, it can be concluded that prisons in Thailand don’t prioritize Human Rights, which is quite contradictory to the beliefs of Buddhism [10] 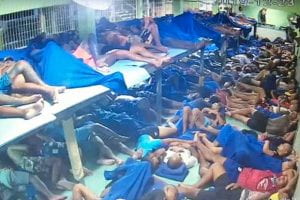 Shared cell in a Thai prison
(Photo from bangkokpost.com)

An important part of Buddhism is to treat everyone with the same attitude since everyone is equal. Yet, there are some aspects that don’t follow this belief. This is mostly seen in Buddhist women and their role. Female Buddhists have important roles as nuns and mothers, but they are also denied access to certain other roles. Female Buddhists have more, and stricter, spiritual guidelines than men.  These are called the Eight Garudhammas. These rules include that women are not allowed to enter certain parts of temples because they are believed to not be ‘pure’. Another example is that female Buddhists aren’t able to become a Buddha, which means that they are not able to achieve the highest form of spiritual enlightenment. This all while monks will get special treatment and are able to achieve 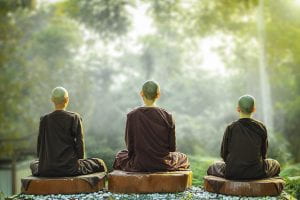 the highest level of enlightenment. These are only a few examples, but it can be stated that Buddhist teachings and its rules have prevented many women from having the same privileges as men. Something that should be stated, is that this isn’t only the case in Buddhism, but in every other religion as well. [11]

Buddhism also has a social hierarchy. The Buddhist monks are the highest group and are the most respected and valued in the community. The next class in Buddhist hierarchy are the nuns, who are usually the monks assistants. The fact that monks are seen as the highest group of the hierarchy in Buddhism, does not match with Thailand’s Hierarchical society. Thailand is a monarchy, which means that the country is ruled by one person, a king or a queen. At this moment, the king of Thailand is King Rama X, who has been king since 2016. This indicates that the hierarchical society of Thailand does not completely follow the Buddhist social Hierarchy. [12]

In short, Buddhism is a very special religion with its own beliefs and rules, that is influenced over the years by many other religions. It helps the people following this religion to live a morally good life with helping and treating others good. It gives people a goal in live that they want to achieve, the road to finding enlightenment and the true nature of life. Personally, I understand why many people from outside Asia choose to become a Buddhist, since it is seen as a very accepting and peaceful religion to follow. The only downside is that it all might seem a bit too beautiful to be true, since, in practice not everyone is being treated the way they should be. However, this isn’t only to blame on Buddhism since it occurs in every other religion as well. I still believe Buddhism is an accepting religion with good beliefs to life by, with interesting aspects such as superstitions, the strong relation with nature and other rules that they believe should be followed.

[1] BBC (2009) Buddhism at a glance. Retrieved from https://www.bbc.co.uk/religion/religions/buddhism/ataglance/glance.shtml#:~:text=Buddhism%20is%20a%20spiritual%20tradition,the%20true%20nature%20of%20life.&text=Buddhists%20believe%20that%20life%20is,to%20impermanence%2C%20suffering%20and%20uncertainty

[10] Staneva-Britton, E (2020) 12 Troubling Things That Happen To tourists Who Get Sent To Bangkok Prison. Retrieved from https://www.thetravel.com/bangkok-prison-tourists-troubling/