The influence and awareness of Korean culture increased over the last years, especially since the K-Pop industry became more globally known. Thailand was one of the first countries who were influenced by Korean culture. As the interest in the Korean language and the country itself increased, Thailand became the leading consumer of the Korean culture.

The Korean Wave, also known as Hallyu, is used by the Korean government to strengthen and expand their regional soft power and has therefore a significant role in the promotion of the country’s image and exports (Son, Kijboonchoo, 2016). Its purpose is to create a positive perception towards the country basing it on the experience and consumption of Hallyu contents, as well as increasing tourism and the general interest in Korean culture and language (Butsaban,2020). Its mission is to strengthen the local culture. 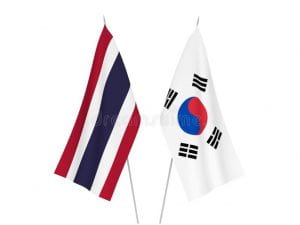 The term Hallyu was first used in China in the mid 1990s. While Thai citizens are experiencing the Hallyu content, it increases their interests regarding Korea, like wishing to visit the country, seeing Korea in a more positive light, hoping to experience the traditional cultures as well as wanting to learn the Korean language (Butsaban,2020). The Hallyu content is not only limited to K-POP, but it has a wide access to a variety of Korean products, like TV series, movies, music, games, food, fashion and tourism (Prasopsorn, Panmanee, 2019). Through the positive acceptance of the Thai society, a boost in Korean content as well as quality was visible. Hallyu is not only received positively by society, its policies are focused on self-promotion, which could cause anti-Korean sentiments towards the creation of Korea’s perception of other culture. The sustainable growth of Hallyu could slow down when this specific cause occurs. The Anti-Korean sentiments share the viewpoint that Hallyu is too commercialized. Another inconvenience Hallyu is facing is the lack of availability of information in other various languages (Butsaban,2020).

Overall, it can be said that the influence of Hallyu is increasing each year, as well as the consumption and the awareness of Korean culture and language in a global environment.

How did the relation between Korea and Thailand started?

The relation between Korea and Thailand has a long history, it first started in 1932 when the first Korean citizen immigrated to Thailand. The same year Kingdom of Thailand, at this time known as Siam, changed from an absolute monarchy to a constitutional monarchy. Officially in 1939 the name of the country changed from Siam to Thailand, which did not have any negative impact on the Korean residents who were living within the Kingdom (Thandee, n.d). Korean immigrants were the first, who brought the Korean culture to the Kingdom, in form of restaurants and businesses. The relationship between both countries significantly changed during the second World War. As the Korean war occurred after the second world war, the United Nations requested to the Kingdom of Thailand to defend South Korea from North Korea. The Kingdom was the first Nation who sent combat troops to South Korea (Thandee, n.d). 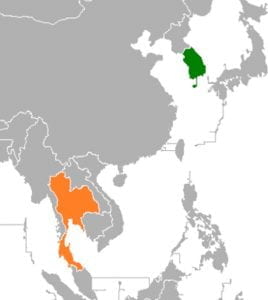 Through the participation the relationship between both nations was strengthened. A diplomatic relation between Thailand and South Korea became official in 1959. To strengthen their relationship more a trade agreement was established in 1961. The Vietnam war led to the development of a closer relationship. Through the continuation of the diplomatic traditions Thailand is developing new and current friendships with other countries and welcoming other ethnic groups in the Kingdom of Thailand. Whereas Korea is developing sociocultural relations to support their own economic development.

The first Korean wave took place from 1960s throughout the 1970s, which started because of the popular song Arirang, in Thai Aridang (Thandee, n.d). The song is about true love between a Korean girl and a Thai soldier during the Korean War, it had a deep impact on the Thai society.

Through its positive acceptance it was later made into a TV movie series (Thandee, n.d).  The interest towards the Korean culture and language began.Within the 1980s the publications on Korean studies increase, because Thai citizen wanted to learn more about the economic development of Korea.

How did the K-Wave (Hallyu) start in Thailand?

The positive relationship between Thailand and Korea was beneficial for the Korean Wave and its influence. Through their trade agreement, Thai citizen could experience Korean products, which increased the interest. The Korean Wave first started in 1960 through the popular song Aridang. The interest in Korean culture increased more when a series of Korean TV movies were broadcasted in Thailand. It officially began with the export of Korean TV dramas (Thandee, n.d). During the late 1990s, Korean popular culture was enjoyed all over the world, since it was mostly viewed and understood as cultural globalization (Son, Kijboonchoo, 2016).

Interest was created towards enjoying the international flow of culture and purchasing foreign products. Throughout the years, the focus shifted from TV dramas and movies to a wide range of activities and products from Korea, including music, games, and various commercial products.  In the early 2001 Thai citizens were exposed to the Korean modern lifestyle which was presented in movies. Youth became more obsessed with Korean culture, especially regarding K-POP. A strong desire towards learning about Korea and the language was created (Thandee, n.d). Since 2005, K-Pop and South Korean drama monopolized the Thai TV screens and pushed the Korean culture almost to the same level as the influence of Western and Japanese cultures in Thailand (Chongkittavorn, 2019). In 2013 the Korean cultural Center Bangkok was opened to promote even more awareness of Korean culture.

How did the Thai culture change through Hallyu? 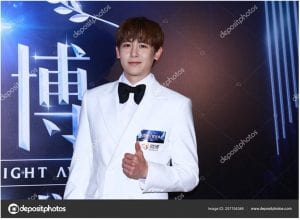 Nichkhun of 2 PM was the first Thai citizen to participate in a Korean Boy group, who attracted more interest towards the Thai society, through his cultural background. Some Thai artists joined the Korean music industry after Nichkhun, which increased the attention and interest among youths even more. K-POP first grew popular in the introduction period from 2003 to 2004. Thai’s youth who consume K-Pop, have a variety of perspective towards the Korean music industry since there is a possible chance for a debut (Onsee, 2020).

Next to K-Pop, Korean Drama and TV series are the most widely accessible elements of Hallyu within Thailand. The first exposure to Korean culture was through Korean dramas, which influenced the fans to travel to South Korea. Knowledge about the culture, food, fashion and cosmetic was imparted through the series. Dramas and TV series were popular because they were less complicated in structure, themes and content in comparison to Western series (Prasopsorn, Panmanee, 2019). Their interesting storyline and variety of genres were well received by society. The Korean cultural identity which was presented to Thailand was very appealing to the Thai audience.

Thai celebrities wear Korean fashion, which as well increases the interest in the Korean fashion industry.  Korean fashion within Thailand has great accessibility, a style that is relatively easy to find and is more versatile (Prasopsorn, Panmanee, 2019). Even Youtubers present Korean cosmetics to society, which helps to create lighter skin. Youth is highly influenced by celebrities and Youtubers and want to become and look like them. Therefore, they are easy influenced by the perception of Korean culture and consumer goods. Korean culture is as well represented through their participation as brand ambassadors within the country, like Pepsi’s brand ambassador Korean girl group Blackpink. 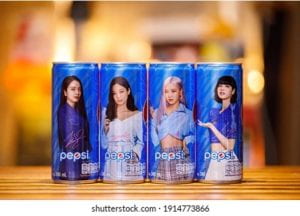 The influence of Korean culture showed a change within the Thai culture, especially regarding the plastic surgery sector and cosmetic sector. Thai citizens want to have lighter and brighter skin which increase the consumption of Korean cosmetic products. Plastic surgery has well increased since celebrities look more Korean, their fans and youth want to look more Korean as well.

All in all, it can be stated that Hallyu has a big influence in Thailand. The positive perception towards Hallyu increased the exports of Korean products to Thailand and tourism as well as improved the country’s image.  The Korean wave has a long history in Thailand. Even though the preferences of Hallyu content shifted over the years, it is still positively received by society. Korean drama, TV series and K-POP promote the Korean culture within Thailand and attracted interest towards Korea and its culture. The increment of cultural exchange between both countries helped to create awareness of their culture and country to the other party. It is most likely the influence of Hallyu will increase even more in the coming years.

Son, S.  Kijboonchoo, T. (July-December 2016). The impact of the Korean Wave on the purchase intention of Korean cosmetics of Thai people in Bangkok and Chonburi, Thailand. Retrieved on March 16, 2021