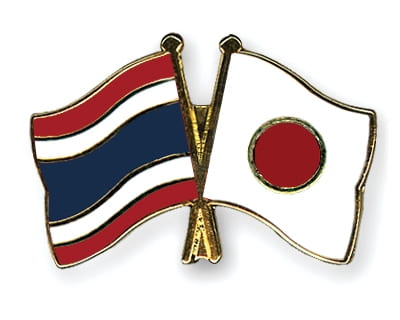 The following is an article that aims to accurately portray information regarding Japan´s influence over Thailand and consequently, Thai culture. Despite, current literature stating that foreign culture has influenced Thai society in different ways such as religion and Confucianism. This article dives into pop culture influences that Japan has exerted over Thailand as well as gastronomy, as according to Thipakorn[1], in the 20th century, the acceptance of Japanese culture became a highlight between Thai consumers especially, Japanese gastronomy with ingredients such as wasabi and green tea being used to create a bigger variety of flavours. Next, Japanese media specifically anime[2] and manga will be the focus, as these two mediums have become increasingly influential in Thai culture since the late 70s[3] especially amongst the younger generations.

A glance into how Japan became so influential

Research on the cultural exchange between Japan and Thailand, shows that the influence of Japan has become clearer, especially in urban areas. Inferring from Suzuki and Thipakorn[4], this came through due to the fact that in the 1980s, technology became the main export of Japan and very popular, as competition from less developed countries began to follow Japan although with cheaper production costs directing Japan´s efforts to cultural technology. 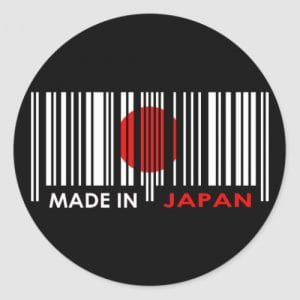 Figure 1: Made in Japan logo

An example of this type of products were the Sony developed Walkman’s, which allowed consumers to listen to both Japanese music and other genres. This technology paved the path to the development of karaoke and video games. Although these products were not necessarily promoting Japanese culture, it did allow for consumers to adapt their cultures ultimately impacting their societies. For Thai consumers, ´Made in Japan´ guaranteed quality. Such products also became often associated with commodities such higher social status and luxury[5].

The impact of Anime and Manga in Thailand

Regarding Japanese media, two of the most popular known Japanese media are Manga and Anime. In the East and Southeast Asia manga is translated into different languages one of which is Thai[6]. Not only does manga dominate the East Asian comic book market but it also serves as the source material for Japanese animation or cartoons, called anime. Anime is translated into different languages outside of Japan and is considered the most popular in its field in Thailand and other countries such as South Korea[7].

Thailand´s relationship with Japanese manga has become rather popular amongst the younger generations of Thai consumers, specifically in the past three decades[8]. Manga´s influence over Thailand resulted in the origins of a “dual structure” market in which there are Japanese manga and Thai original manga inspired by the formerly mentioned Japanese manga such as ´Apaimanee Saga´ and ´Meed Tee Sib Sam´, similarities between the two types of manga are most commonly found in characterisation and plot[9]. Moreover, as mentioned previously, Japanese manga is often used and considered to be the source material for Japanese animation, otherwise known as anime. Anime reportedly entered Thailand in 1965[10], but only years later began to gain the attention of Thai people specifically of the younger generations. At first, in the late 70s and early 80s anime used to air on Thai television on prime time between seven and eight in the evening during the week 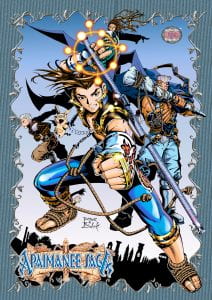 on the weekend, in the morning from 7:30 to 10:30, usually four different anime would air per year. However, from the 90s to the current time anime has been increasing in popularity amongst children, teenagers and young adults in Thailand which led to the daily screening of anime in various television channels one of the most popular anime series to air to date in Thai television is Doraemon, an anime that seemingly helped young Thai people to understand and learn more about Japanese culture and society[11]. Moreover, in order to fully understand the depth as to which Japanese animation is imbued into Thai culture, one should look at the increases of Thai people who began studying Japan. In the late 1990s and early 2000s a boom surged in student-led interest in Japanese studies, which consequently resulted in an increase of popularity of Japanese pop culture in Thailand. 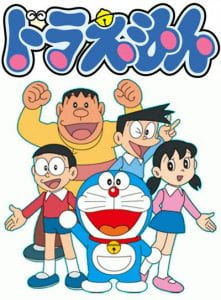 In 2004, around 150 different institutions offered Japanese language courses of which six offered courses on Japanese economy and politics, whilst researches mainly were mainly focused on Thai-Japanese relations and regional co-operation as means to preventing future crisis[12]. Other topics revolved around both Thailand and Japan, these included labour migration of Thai people to Japan, the study of Japan as a model of education, the impact of Japanese popular culture in Thailand and Japanese history[13]. The other set of topics revolved around flows between the two countries, including labor migration of Thai to Japan, Japan as a model for education, and Japanese popular culture and its impact in Thailand. In the early 2000s, there was a trend towards research on Japan per se, particularly in the areas of history and popular culture.

Despite the information above, it is necessary to highlight that anime should not be considered a one-sided influence of Japan in Thailand, as over the years different anime programming has incorporated or allured to Thailand and its culture, the biggest influence being that of Muay Thai. In addition to Muay Thai, the anime series Black Lagoon often mentions Roanapur a fictional harbor city located in Southeast Thailand[14].

Concerning, the impact of Japanese cuisine in Thailand, in 2018 a food tracker survey indicated that Thai consumers that regularly frequent quick-service and casual-dining revealed that 60% of 3,000 consumers often opt for Japanese restaurants in the first half of the year[15]. In the recent years, Thailand became the largest ASEAN market for Japanese gastronomy, this is thought to be mostly due the widespread of Japanese cuisine in Thailand in last decades. However, recent peaks in the popularity of Japanese food in Thailand are thought to be related to when in 2012, Japan relaxed visa requirements for foreign tourists[16]. 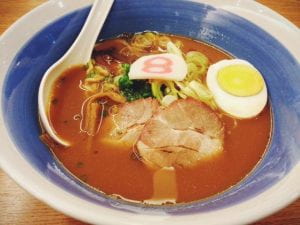 Consequently, since Summer 2013, Thai citizens staying Japan for less than fifteen days do not require a visa, which led to the increase of Thai people visiting Japan. Consequently, in 2018, Kaoru Fukuta, director of the Agriculture and Food department at the Japan External Trade Organisation in Bangkok revealed that only four provinces in Thailand do not have Japanese restaurants, those being Sukhothai, Nong Bua Lam Phu, Bung Kan and Yasothon[17]. Moreover, when studying the influence of changing Thai society on the Japanese restaurant industry in Bangkok,Thailand Miyamoto[18] noticed that the older branches of Thai society in Bangkok are often taken and or introduced to Japanese cuisine by their children, concluding that younger generations of Thai people are familiar with Japanese food since a young age. Further, Miyamoto[19] concluded that there are various reasons why Thai people appreciate Japanese cuisine such as the food being considered healthy or tasty. 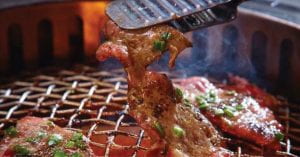 However, the author added that the reasons as to why Thai people consume Japanese food can also change depending on the location indicating that in Bangkok people opt for Japanese restaurants for luxury purposes. As examples of Japanese cuisine´s influence in Thailand, the following are some of the most popular Japanese dishes/ meals in Thailand are ramen, sushi and yakiniku[20].

It can be drawn that the interaction between the Thai and Japanese cultures is that of a cultural exchange. Based on the information above, it is possible to assume that Japan exercises its soft power on Thailand as well as other Asian countries strongly. It can be seen that Japan´s influence over Thailand became streamlined over the past few decades, a lot of this influence came from Japan´s pop culture specifically Manga and Anime, also referred to as Japanese comics and animation which made its way to Thailand in the 70s and over the time influenced the younger generations of the Thai society. Japan´s influence over Thailand can be easily identified for instance through the programming of anime shows airing in Thai television as reportedly these animations were initially aired at prime times and even translated into Thai. Moreover, Japan has influenced Thai culture on more that pop culture as Thailand became the largest market within the ASEAN for Japanese cuisine, with over 3,000 Japanese food restaurants in Bangkok alone and despite existing different reasons for the Thai society to appreciate Japanese gastronomy, it has been confirmed that Japanese food tends to appeal more to the younger generations, which later influence the older generations to adhere to the trend.