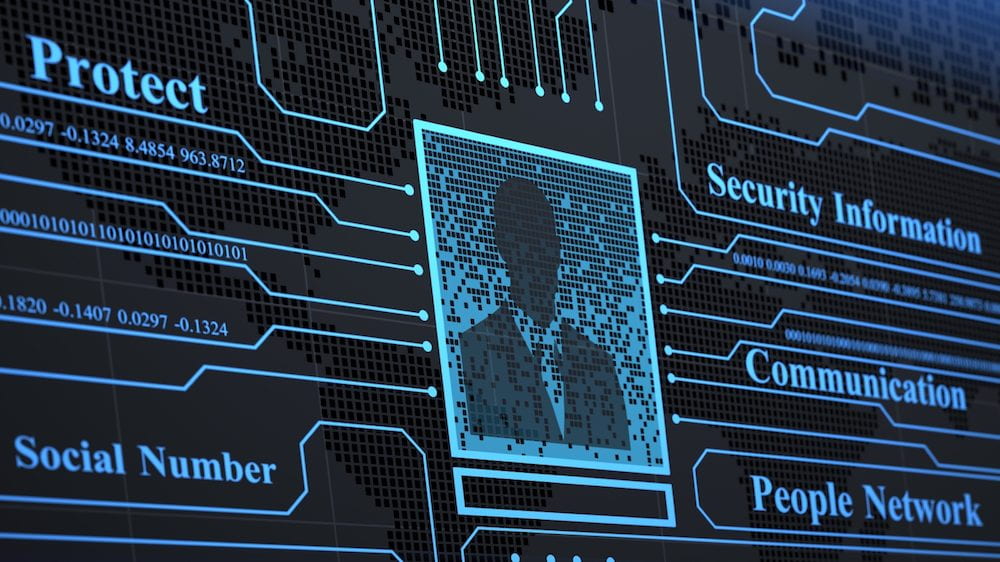 Surveillance has been around for quite some decades now, but with new technology digital surveillance has taken over every country. The capture and processing of personal information by powerful actors is now not only a routine, but also ever-present. Instead of only using surveillance to influence, manage, protect or direct, it is being used to for so much more, such as solving crimes. But by doing so much good, it also has a downside, it brings the privacy of citizens in danger. And as we transition to all communication becoming digital, the usage of surveillance will only increase more and more[1].But when did the use of surveillance start? Where has it been used? And what is the situation now that we are in a pandemic?

A glance into the history of digital surveillance

At first, digital surveillance devices were also mostly invented and used during wars, with the goal to gain secret information about the opponent. Regarding the evolution of technology in the latest years, the first case of ‘digital’ surveillance can be led back to the year 1898, during a war between the USA and Spain over the Philippines. Under the leadership of Captain Ralph Van Deman, the Americans used an advanced information system of telephone, telegraph, and automated tabulating to collect detailed data on the appearance, finances, and other important information about every influential Filipino. America then came up with the idea to assign tasks to a constabulary that had control over all the information and to use this as power to suppress scandals, discredit people with different opinions and to protect America’s collaborators.  A few years later, when the United States started to get involved in the First World War in 1917, they realized they did not have an intelligence service. Van Deman then got the task to establish one. That was when, after working together with over 1700 staff members and 350.000 citizen operatives, the Military Intelligence Division introduced intensive surveillance of domestic dissidents. It was the most extensive surveillance programme up to that moment[2]. 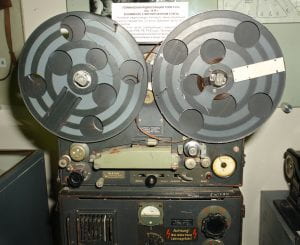 During the Second World War, the German Nazis used magnetic tape to conduct their surveillance operations.  This invention was called the magnetophone and was developed by a German electronics company called AEG. It was an extension of Edison’s photograph. Simultaneously, the government of the United States was monitoring transmissions via cable and telephones between the U.S. and Japan. This, created a discussion whether it was legal to wiretap in the case of national defense. Around the same time, local police started using an electronic device named the dictagraph, which had a very sensitive transmitter that could record conversations from a long distance compared to other devices. Hence, it was mostly used to solve local crimes[3]. 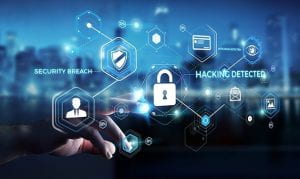 In the years after the Second World War, many countries began to organize agencies that focused on the (digital) security of their state. A famous example of this is the National Security Agency of the U.S. introduced by President Truman (1952)[4],but also the Stasi, which was East Germany’s state security service[5]. Currently, in the digital age, we have global access to information and communication technologies, and governments are getting more advanced at strategies to restrict, suppress and monitor its citizens due to the evolution in technology and globalization.

How did South Korea and Singapore answer to COVID-19

While various western countries such as Spain and the United Kingdom were unsuccessful in responding to the coronavirus pandemic, some countries were considered to have exceptionally contained the virus such as Vietnam and South Korea. Despite different sources attributing South Korea´s success to political and institutional factors, it has also been claimed that South Korea´s accomplishment comes in part from “deeply-penetrated surveillance infrastructures”, which allowed health authorities and professionals to trace the virus. Nonetheless, such practices generated critical concerns about the governance and other democratic practices. The South Korean government sent emergency text messages to 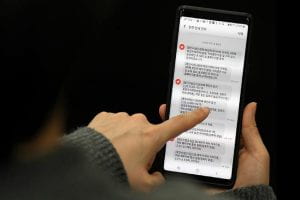 all mobile phones in the county through cellular broadcasting service. This practice continued regularly as means of providing citizens with information regarding new cases and even potential virus “hot spots”. Additionally, municipal governments would post online specific information about newly infected people, this information included, age, living block, places where the infected had been, how they became infected, where the testing took place and the necessary treatment. Despite the success that met the decisions of the South Korean government, the over usage and reliance on surveillance systems and other security techniques raised critical concerns about the privacy infringement. This saw consequences such as infected citizens beginning to fear the release of information and public shame as once shared the online society would define the infected population as irresponsible, immoral and lacking civic virtues[6].

Continuing the topic of surveillance in the name of COVID-19, Singapore is one country that successfully used technology to track COVID-19 cases. The country´s approach to control the spread of the virus made use of digital check-ins via a system called SafeEntry. In 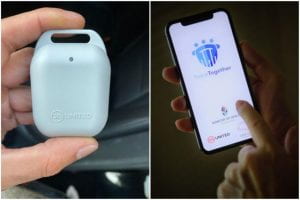 short, SafeEntry, is a system in which individuals can only check in with their IDs and phone numbers before entering public entities such as shops, restaurants, schools and various others. The system then sends this information to a centralized database, the used by the government to trace contact with the virus. Other efforts were executed by the Singaporean government as a response to the pandemic, including making this app mandatory to the residents of Singapore, TraceTogether is a system that uses Bluetooth to track people as they move. Furthermore, the government would provide its people with the tokens which could be tracked by the TraceTogether app despite users not having smartphones. Competent authorities state that technology supported and strengthened contact-tracing efforts of COVID-19. By November 2020 it had been reported by the heath minister that the app TraceTogether had identified 25,000 contacts of confirmed COVID-19. However, despite the success in tracing the coronavirus, the usage of this technology worries privacy advocates that the pandemic may be used to justify the surveillance of citizens. In January 2021, the government revealed that the police can also have access to the data retrieved from the app TraceTogether which began to worry some academics as these grew concerned of the trade-off that is convenience in exchange of power[7]

In February 2021, Han[8] reported that Singapore´s Education Ministry made installing tracking and remote access software mandatory for secondary school students on all laptops and personal devices used to attend online classes under the national digital literacy program. In short, the software permits school officials and teachers to view and access a student´s search history remotely, screens restrict material and time usage of devices, and even close “distracting tabs” during and off-school hours. This regulation has been criticized for lacking protection against any intrusion of a student´s private life, which in the cases of low-income families where the children share their device/s with other family members, the program pries into the entire family´s life. As of the 5th of February 2021, over 6,500 signed a student-led petition for this regulation to be abolished as it poses great risks towards children´s freedoms, privacy and access to information[9].

Despite both South Korea and Singapore having different responses to COVID-19, both countries have drawn the similar criticism regarding their human rights protection. Additionally, it can be drawn that regarding the overuse or misuse of digital surveillance the main actors within the subject include but are not limited to the country’s government, healthcare infrastructure as well as infections and disease control infrastructures, cellular broadcasting services, municipal governments, local and health authorities, police, tech developers. 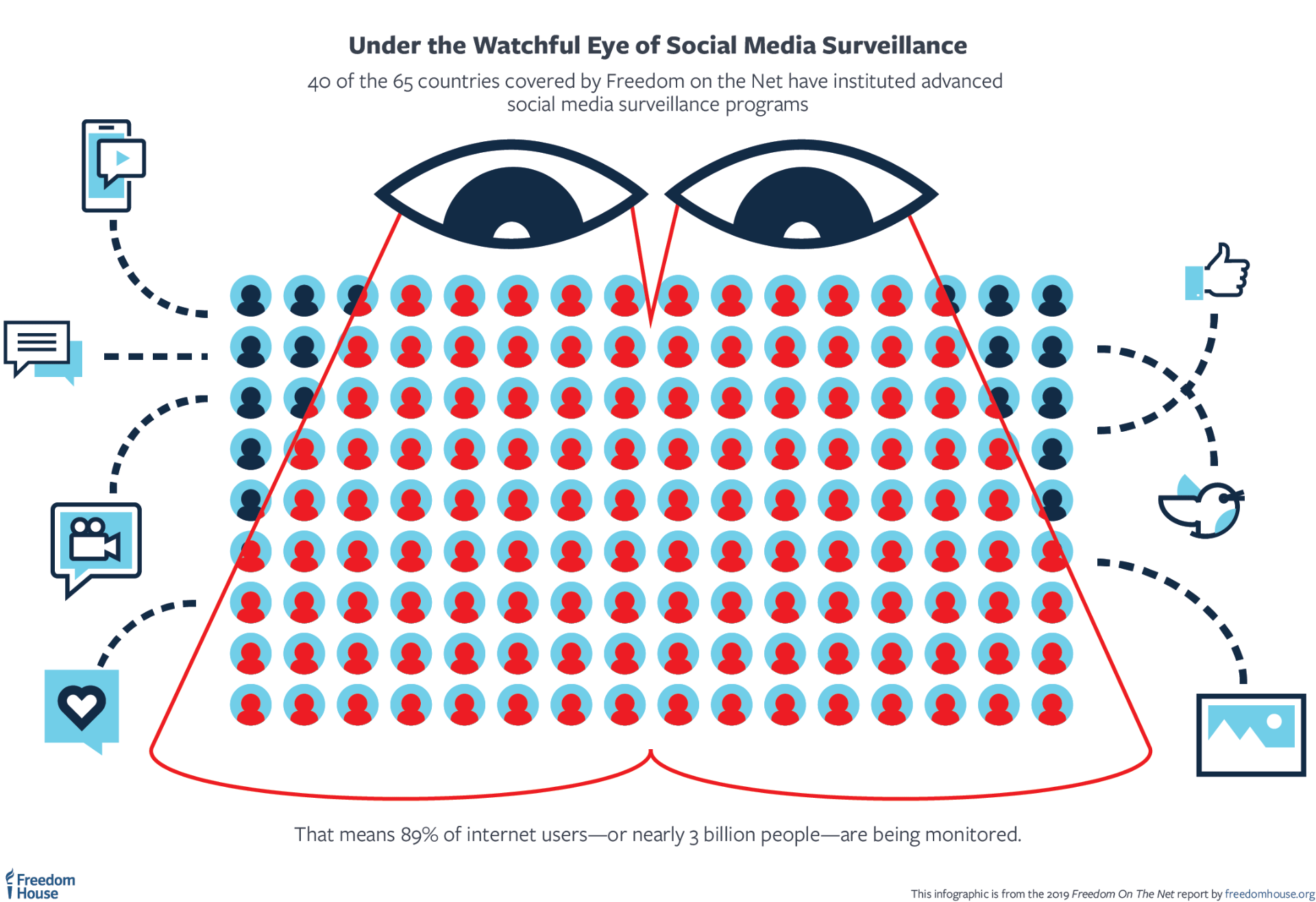 How does COVID-19 enhance digital surveillance?

The response to COVID-19 has seen an unprecedented rapid scaling of technologies to support digital contact tracing and surveillance. The consequent collation and use of personally identifiable data may however pose significant risks to human rights. This is compounded by the greater number and several varied players making decisions about how data, including personal data (such as tracking, social security, address and contact information), are used and how related risks are assessed and handled. Therefore, there is a need to establish clear governance processes for these tools, data collection processes and to engage with a broader set of government and industry partners to ensure that human rights are not overlooked[10]. 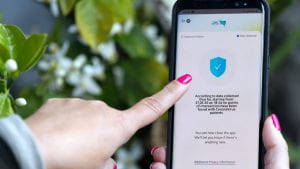 On March 17th 2020, the Israel government passed a set of emergency regulations authorizing the Israel Security Agency (ISA) to limit the spread of the COVID-19, and permitting ISA to collect, process, and use of citizens’ personal data. The ISA started using a cache of mobile-phone-location data to help identify people who had crossed paths with patients who tested positive for COVID-19. People found to have been in close contact with an infected individual were placed into mandatory quarantine. A public debate ensued in Israel regarding the use of these surveillance technologies[11]. In another part of the world digital interventions by Indian Government by the creation of Aarogya Setu application, a contact-tracing application being used to identify who users interacted with, in order to warn them in case any user from a previous interaction tests positive for COVID-19, a data collection system similar to that of Israel. Additionally, the Indian States have also taken to widespread deployment of drones in several cities to enforce quarantine measures as well as the lockdown itself[12].

More recently, Broadcasts Engineering Consultants India Limited (BECIL), a public sector undertaking, issued expressions of interest to invite bids for a “personnel tracking GPS solution” as well as a “COVID-19 patient tracking tool”. The first envisages a wearable device to track health workers’ location and to store the data on a centralized government server. The second proposes the collation of information from government databases and from telecom and internet data to identify “locations, associations and behavior” of patients/persons suspected of being infected[13]. In India the above digital measures are in many ways aggressive due to the lack of previous legislation or precedent setting boundaries for surveillance in a state of emergency. The private actors such as BECIL, if they have access to privileged information of the citizens, they may or may not end up using it unethically through private entities creating huge human rights breaches[14]. 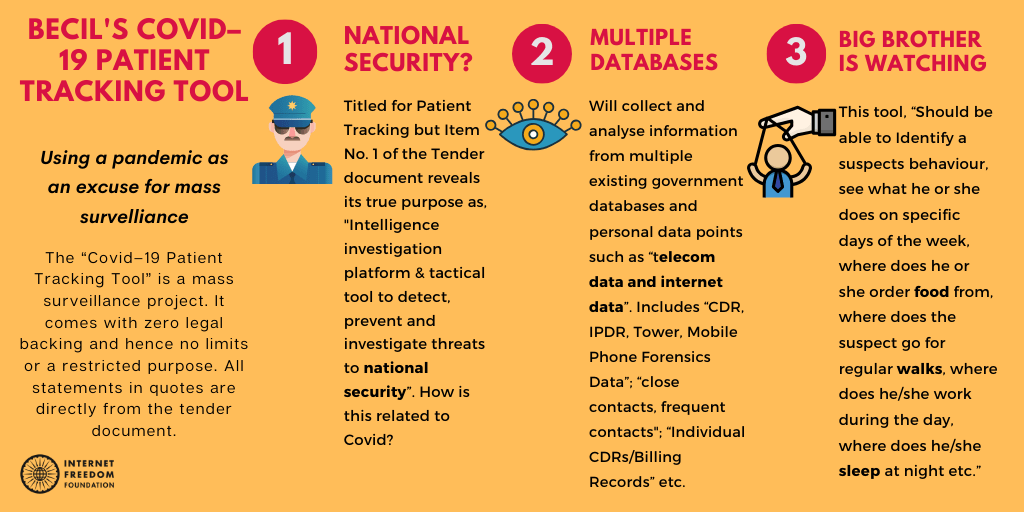 The extent and effects on the citizens of the countries that went through domestic surveillance is still a topic of study as the extent to which the government used the data is still unknown. However, evidence has shown that mass surveillance erodes intellectual freedom and damages the social fabric of affected societies; it also opens the door to flawed and illegal profiling of people. Furthermore, it has been discussed that even the likelihood of being under surveillance can change the way people think and act, causing them to avoid writing or talking about sensitive or controversial subject/ discussions that are necessary for the functioning of a free society. Beyond this ‘self-censorship,’ the mass monitoring of citizens’ communications and movements achieves just one thing: the event of mutual mistrust between the individual and therefore the state[15].

The fast evolution and connectivity of Internet and the expedited advances in communication technology has created a society in which not just the right of free speech and property is enough but the right to each person’s anonymity and protection of their digital privacy as become of utmost importance. The technological development does not match society´s understanding of the laws and regulations necessary to keep it in check and to ensure the authority which provides platforms for them like Social Media and the democratic government that has weaponised the technology to keep its population in check through secrecy and by exploitation of groups and loop holes in the laws and constitutions that protect citizens. There is no doubt that the future of wars will be played out in digital spaces, but such measures and instruments should be allocated to the greater good instead of governments using such technology to surveil their citizens. The coronavirus is an issue that led various regimes to create measures that would grant governments access to its citizens private data to control the crisis.