Ukraine is divided to the bone. Both the West (EU + US + NATO) and the East (Russia) have their interests in the country. A war is still going on, despite a faltering truce, and the economy is miserable. The country is strongly influenced by foreign, mainly Western, politics. Ukrainian media is financed by Western governments, companies or investors. NATO is helping Ukraine to rebuild its defense forces and the expulsion of former president Yanukovych, which eventually was one of the reasons for the war in the East of the country, was cheered by Western leaders. The North and West of the country experience a strong anti-Russia feeling. The peaceful, referendum-decided, joining of the Crimean peninsula to Russia also shows the different sides with different citizens and different visions Ukraine has. Perhaps we cannot even speak of Russian interest since a large part of the Ukrainian citizens, living in the Eastern and Southern parts of the country, are already ethnically Russian. And since the Crimea actually was Russian, one could guess how the East and West are facing each other with different opinions both in Ukraine as on the international level. Will Ukraine eventually come off well due to strong foreign diplomacy, for example by joining the EU, or will the country remain a game board where third countries fight out their diplomatic differences? 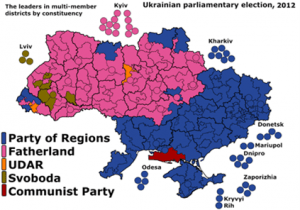 Diplomacy
First of all, what is the meaning of diplomacy?

The concept is pretty vague but has a long history of development. A basic definition is:

In current-day politics, diplomacy is mostly referred to as the relations between countries. Without negotiations or talks, thus diplomacy, between two or more countries, foreign policy would be on the back burner. Diplomacy started basically as a way to prevent war. States with a weak army were dependent on proper diplomacy to prevent escalation. The Byzantine Empire which followed up the Roman empire is a really good example. The Romans were like the United States today; they had a huge army and a hegemony. Therefore, there was no need to build on diplomatic ties or to create a proper diplomatic strategy. The Byzantine Empire, which basically followed up the Romans, had a weak army and a large territory to defend. With other powers lying in wait, the Byzantines had to master diplomacy in the interest of state survival.
In more contemporary terms, large scale war is not something very likely. However, without diplomacy, the agreements and agenda’s in the many international bodies like the UN would not be lived up to. One could ask themselves if international agenda’s were even made, or the UN would even exist without the use of diplomacy in foreign policy. 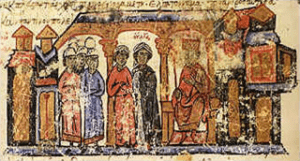 Media
The works of Kurizaki & Black showed that diplomacy is something dynamic. Diplomacy developed from the very start of civilization and is therefore highly important today and cannot be ignored in foreign relations worldwide. What comes forward in several works, is the increasing importance of the media and the digital/social media. In the globalized society we live in today, everyone is closer together than ever. Social media and tourism make us involved in many countries worldwide. In this fairly new digital world, one could say that everybody is a diplomat now. The information we share with foreigners, the knowledge there is exchanged and the way we represent our own nation abroad, online, or as a tourist, makes the whole world one diplomatic spectacle. This phenomenon will likely continue to increase its importance in the coming years in the fast-developing technical world of today.

End of History
Something to think about on this topic is the interesting end of history theory by Francis Fukuyama. A quote from his famous book The End of History and the Last Man (1992) goes as follows:

‘’What we may be witnessing is not just the end of the Cold War, or the passing of a particular period of post-war history, but the end of history as such: that is, the end point of mankind’s ideological evolution and the universalization of Western liberal democracy as the final form of human government.’’

This theory, written not long after the collapse of the Soviet Union, basically tells us that since the collapse of the Soviet world power, the final form of the development in ideology and governing took shape. Therefore, coming to the topic of Ukraine, it is possible to say that the diplomatic battlefield there does not end. After the fall of the Soviet Union, Western liberal democracy has fixed everything in such a way that no significant changes in human history can take place. No large scale changes anymore, just small-scale conflicts or adjustments like in Ukraine or Nagorno-Karabach resurface once in a while. The diplomatic world has created such a system of treaties, rules and reciprocity that we are in that sense stuck in history. 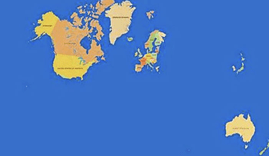 Isn’t this just what the ‘’international community’’ is today?

Power shifts
Something else that stands out in diplomacy are the constant shifts of the concentrations of diplomatic practices in specific areas worldwide. Logically, power shifts all the time. However, when taking the theory of the end of history into account, it would not make complete sense to predict that this happens again. The diplomatic structure is already very complex and extensive and is not likely to experience more changes. However, with the rise of countries like China, India, Brazil and Indonesia, there is a possibility of a shift towards a more Asian and Southern American approach towards diplomacy. This means here that the current diplomatic system, mostly set up by Western countries, will adjust itself more towards a practice that fits the aforementioned states. The rising powers simply need to be taken into account. When involving Ukraine in this prediction, it might happen that the interest in Ukraine and other former Soviet States decreases and the diplomatic ‘’battles’’ will be fought in the Orient or South America. In the big picture, this can be described as the loss of the enemy image of Russia by Western powers and a shift to a fear of countries like China where there is ‘’an adequate response’’ needed to knock down the danger.

East & West
In this blog, the most important point is probably the possible changes in the future of diplomacy between the East and West and the expectations for Ukraine. What can be made up is that the Western countries and/or organizations (USA&NATO+EU) use Ukraine as a way to maintain the enemy image of Russia and give Ukraine ‘’save deals’’ so that they will not be dependent on Russia. However, Ukraine will be very dependent on the West which is a more expensive option for Ukraine’s economy, all in the light of so-called safety and sovereignty.
The Western diplomatic strategy shows something remarkable, something a lot of countries worldwide use but not in such a vague way as in the West. Namely the maintenance of the enemy image of a non-hostile state, Russia, to create a feeling of unity among the Western citizens. In the current diplomatic world, everyone has a voice and many disagreements can spark up tensions among nations. However, a common enemy makes Western diplomacy work. An outside threat preserves the diplomatic ties among the Western countries. Russia on the other hand, seems clearly done with the treatment they have gotten over the years since the collapse of the Soviet Union. The Russian stance is not visible in 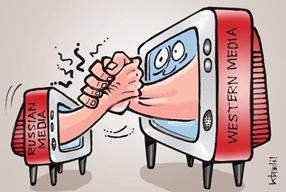 Western politics and media and therefore mostly ignored. The Nord Stream 2 pipeline from Russia to Germany shows an example where American sanctions make a halt to the project. Instead of making a diplomatic effort, the Russians keep their heads up and continue to build on their own without the help of Western companies. The silence of Russia and the dominance of the West sets out the expectations we can make up for the future. Russia likely starts focusing more on countries like China or India which are not taken seriously yet by Western states. When Russia is the first to do that, it will eventually grow out to a diplomatic power to be really taken seriously by the West. When Russia clearly stops showing any more attention to the West or Ukraine, the interest of Western countries will eventually drop as well and they start to realize that their ties to the rising powers are really starting to get problematic. Therefore, in simple words, Russia will join China, India, etc. in a strong diplomatic policy and international platforms like the East Asia Summit or the ASEAN and the political power will eventually shift from the USA+EU towards the East. In that scenario, Ukraine will be slightly released from influence but will, either way, continue to struggle to get back on its feet. The corruption and foreign influence have made their mark on the country ever since the collapse of the once so mighty USSR. It is to the Ukrainian people to rebuilt their failed state but will struggle until some major change in mindset happens.