The Mexican drug war is a familiar war between the Mexican drug cartels themselves and their neighbour country the United States. The drug problem is a cause of many problems such as poverty, corruption and wealth. The difficulties that are happening in Mexico are not only limited till their borders, but a large part of the rest of the world is influenced by it. The estimated drug value is globally more than 400 billion dollars and the Mexican drugs cartels are taken a piece of 30-40 billion dollars. These drug cartels are expanding their power in the rest of the world. Currently the Mexican Drug cartels have foothold in 16 countries in the Western Hemisphere. This is reported by the Mexican Attorney General’s Office, they claim that the criminal networks of the drug cartels have expanded their areas of operation to minimize risk.

Rather than focussing on the number of countries where Mexican drug cartels are present, it is more interesting to take a look why the cartels are expanding in certain areas in the first place and the impact it has on those countries in many aspects. The Mexican drug cartels have chosen to diverse their production and distribution far outside of Mexico. The strategy is done to reduce threats from law enforcement. In particular the Sinaloa cartel has found more hospitable areas to base their operations, for example shipping cocaine through Honduras or precursor chemicals from Argentina. This transitional nature makes it harder for law enforcement to track the illegal crimes from one specific country. The Sinaloa cartel is also working on innovation and searching for new markets to handle in illicit drugs. They are known for establishing distribution networks in Australia and recently they did an attempt to set up a new drugs ring in Spain and Paraguay by setting up a shop, but this failed.

The United States is highly important for the drug cartels, because the country is used as a transit zone for trafficking drugs. The evidence of the presence of the high number of drugs that is being shipped can be seen by the high number of drugs users in The United States. There is a high demand in cocaine and marijuana. More than 23 million Americans use drugs on a monthly basis and half of all high school students have tried illegal drugs at least once. There is less awareness about the influence of the Mexican drug cartels outside of their neighbour’s country The United States. But the Mexican drug cartels also have an impact on the European countries. Europol the European Police Office said the Mexican Cartels are identifying themselves as key players in the European drug market. Referring for more specific information on the website of Europol www.europol.europa.euabout this topic.  Warnings from Europol that the Mexican groups ‘’global market coordinators for cocaine trafficking’’ are taking control in different parts of the supply chain to increase their profit and territory in different countries. This message was not being taken seriously by the different countries and they did not take the assistance of Europol. Another statement made by Europol was that the Mexican drug cartels were involved in human trafficking from Northeast Europe to Mexico and trafficking of weapons from southeast Europe to South America.

In 2016 the European Monitoring Centre for drugs and Addiction’s reported that larger Mexican and Colombian criminal groups have taken over the franchise model. The purpose of this model is to allow smaller, local partners to use the so called ‘brand name’ and providing them with drugs, contacts and transportation. In the end this is all done for the own good of the Mexican Cartels, because in this way they can navigate the criminal landscape in Europe. Again, in particular the Sinaloa Cartel has a huge part in this as they have a large share of the European market. The Colombian groups are currently the main providers in Europa, but the Sinaloa Cartel is working hard on being the main provider. 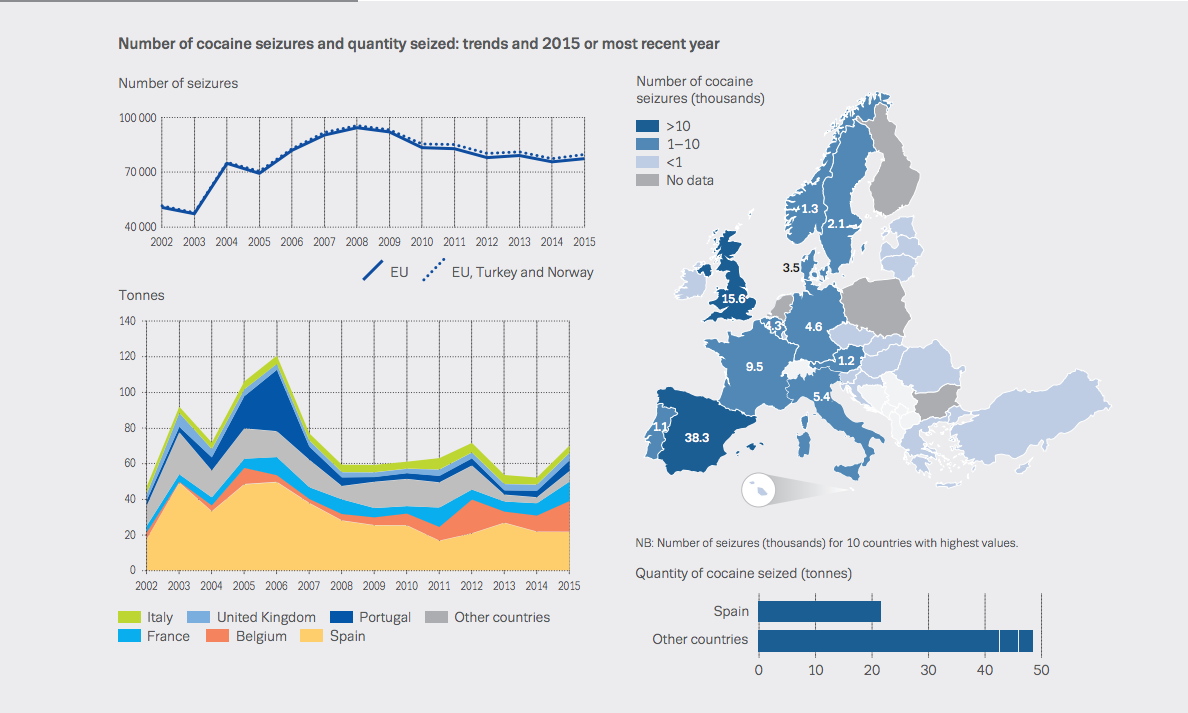 In Latin American, and especially Andes, the production and sales of drugs has been expected to rise. Often in those countries there are crackdowns and arrests of noticeable drug lords. This leaves the Mexican drug cartels with spaces they can use for their drugs homes. The result of this is that the crime numbers in Latin America keeps rising. This is mostly true in Guatemala, because there is a weak criminal justice system combined with corruption which makes it difficult for the government to fight drugs activity. What the authorities did manage was to discover training camps of Los Zetas and their large weapon collections. 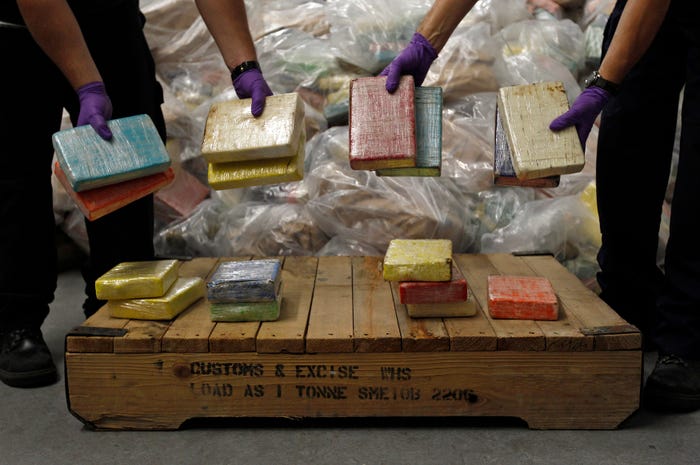 Furthermore, a lot of damage is done to the environment of the Latin American countries. The Cartels are responsible for the contribution of the rapid deforestation of major forests in the Caribbean Lowlands and Mesoamerican Biological corridor. The cause of the deforestation is the use of country for production of the drugs. Since the year 2000, “deforestation rates in Honduras, Guatemala, and Nicaragua have been among the highest in Latin America and the world.

It can be seen that the Mexican drug cartels have an impact on the whole world not only in drug selling but also territory, human trafficking, corruption, drugs consumption and damaging the environment.