In Mexico the battle does not seems to end for the time being, but the media is already increasingly aware of what is going on in Mexico. Right now, drug cartels prefer to publish their own news in the media and as a journalist you better find another topic to write about. We will tell you why!

The cartels in Mexico are very powerful and would like to retain their power, for example, they try to maintain their image by showing and distributing bloody videos. Like other terrorist organizations, the cartels in Mexico are waging information warfare. The aim is to spread terror and fear among the local population but also among the media. It is a kind of warning to journalists to leave the cartels and their illegal activities alone. (Peteranderl, 2020)

But how dangerous is it really?

As a journalist in Mexico, there is a high risk that you will be in danger. As of 2000, more than 80 media representatives have been murdered in Mexico, including 207 attacks on journalists and associated people who carried these journalists, threats, shots, murders at the offices and destruction of the images of the cartels. It is striking that this was not only done by the cartels but also by the police and the army. This is why Mexico is considered the most dangerous country among journalists. 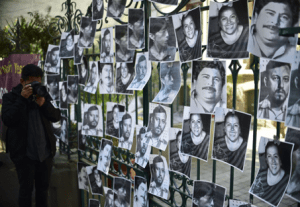 In February, a flyer circulated in several cities in Mexico in which the drug cartel offered an amount of money “to shut up those idiots who think they are heroes.” To find an anonymous distributor of the facebook page Valor por Tamaulipas for a large amount of money ($ 35,000 or 600,000 pesos). This anonymous distributor set up the flyer a year earlier to describe all crimes such as kidnappings, murders, shootings, closed roads. People who had experienced the crime up close were invited by the anonymous distributor to discuss on the flyer and share their information. The page became popular very quickly and developed into the discussion platform of Mexico. (Peteranderl, 2020)

In Mexico, crime reporters are often victims of the cartels, so freedom of the press is at risk. According to (Reuters, 2017), a journalist Gumaro Perez was even killed in the education of his sun, during his son’s Christmas party at school. He wrote about crimes in the state of Veracruz and was even the 12th journalist to be murdered in 2017.

Another 54-year-old journalist was also shot 8 times in her car. One of the children was even present. Why she was killed? Her murderer left a note saying, “” For being a loud-mouth. ” (BBC, 2017) 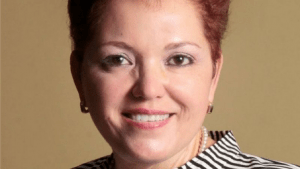 How do drug cartels become even more powerful through social media?

According to (van der Mee, 2020), is the government of Mexico embarrassed a few times by an online video of the most powerful cartel in Mexico. The Jalisco cartel, which is considered as the most powerful cartel, has sent a video to the government of Mexico with images showing how big their own army is. This video was shared a lot via social media, which shows how untouchable the cartel really is. The images showed several (dozens) of men with machine guns, bulletproof vests and helmets. They also owned military pick-up trucks with gun turrets. The men shouted “El mundo” the name of their leader.

According to (Voeten, 2020), “they would like to show how powerful they are with this video.” Voeten is a Dutch war photographer and author of The Mexican Drug Violence, obtained his PhD on this subject at the University of Leiden. “It is provocation and intimidation of the government. The militarization of drug cartels is another step towards escalation. “”

According to this Latin American journalist, the Sinaloa cartel is the most violent drug cartel and their power is very big. The Cartel is in fact in 50 different countries around the world and earns about 3 billion euros per year, which is even more than Netflix and Facebook. Amari: “They control the access of drugs from Mexico to the US, but they also control the production countries Colombia and Peru. This makes the cartel extra powerful. The journalist also thinks that the son of the drug boss has given this interview to clean his own street. It is very special that this son of the most powerful drug cartel in Mexico has given an interview because this man is wanted by many people for his illegal activities. According to the Iván Archivaldo Guzmán Salazar, his father has also supported politicians in the elections, showing how corrupt the country of Mexico and how powerful the cartel is. 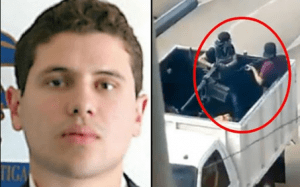 Iván Archivaldo Guzmán Salazar also indicated in the interview that countries should work together in the production and use of drugs. “There is still too much reference to the countries that produce drugs instead of the Western countries that consume the drugs.”

To conclude, This blog gave new insides in the the drug cartels and their use of social media during the drug war and how news publicly in Mexico about the drug war can lead to the death of journalists. In addition, social media can be used to let the rest of the world know how powerful the cartels are. Cartels want to show that the Mexican government is definitely not going to win.

Peteranderl, S, (2020) A Bounty on bloggers. Retrieved on October, 14, 2020 from: http://www.digital-development-debates.org/issue-12-power–mediatization–drug-war-in-mexico-a-bounty-on-bloggers.html