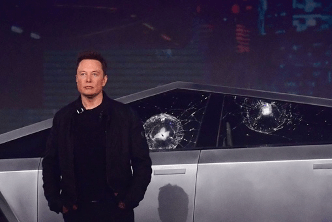 In order to manufacture batteries for electric vehicles, the metal known as cobalt is required. The extraction of the metal cobalt primarily takes place in Congolese cobalt mines. According to a 2016 Amnesty International investigation Report [1], children in Congolese dug-out cobalt mines are facing serious health risks due to the dangers of working in the mines. The interviewed children describe the physically demanding work they do. They described how they were working 12 hours a day in mines and carrying heavy loads for an underpaid wage. The children tell they worked for as little as one euro and eighty cents a day. Some tell they were paid by gram, but the payment was often not in balance with the amount of gram they delivered.

Some interviewed children told they spend often 24 hours down in the mines. In addition, children complained of being frequently ill, probably due to the big amount of dust in the mines. Some children even reported about being beaten by security guards, if they were believed not to do the work properly. UNICEF estimated that approximately 40 000 boys and girls work in mines across southern Congo, many of them involved in cobalt mining [2].

Kumi Naidoo, Amnesty International Secretary General and personally involved with the abuses, says the following about the abuses: “Finding effective solutions to the climate crisis is an absolute imperative, and the electric car have an important role to play in this. But without radical changes, the batteries which power green vehicles will continue to be tainted by human rights abuses. The massive global corporations that dominate the electric vehicle industry have the resources and expertise to create energy solutions that are truly clean and fair.’’ [3].

In addition to human right abuses, the environmental impact involved with the manufacturing process of cobalt driven batteries is also a concern in regard to the ethical codex. The electric vehicle industry outsources manufacturing to Asian countries to have their batteries assembled, once again this is happening at low costs, and possibly by underpaid factory workers, under unethical labour conditions. Another contradicting factor to the top priority of the electric vehicle industry is the fact that the electricity generation of cobalt driven batteries still remains dependent on pollution sources such as coal. Furthermore, Amnesty is calling on companies to ensure responsible disposing of batteries since significant evidence shows the opposite. “Every stage of the battery lifecycle, from mineral extraction to disposal, carries human rights and environmental risks.” according to Naidoo.

“Every stage of the battery lifecycle, from mineral extraction to disposal, carries human rights and environmental risks.”

Fortunately, a lawsuit concerning the children abuse involved with cobalt mining received international attention, for instance from the award-wining human rights journalist Anne Kelly for the Guardian [4]. International Rights Advocates on behalf of fourteen families with killed or injured children due to mining, named multinationals as Tesla and Google as defendants. The International Rights Advocates furthermore claim they have evidence that the companies were aware of the children abuse and therefore partly responsible. The multinationals defend themselves by either claiming to not know about the abuse or by rejecting any connection with the abuse.

In response to the Amnesty International critical report [5], several multinationals including Apple and BMW published data about their ethical supply chains. Amnesty encourage others to do the same. In addition, Apple and Dell claim that they stopped doing business with several cobalt suppliers in order to live up to their ethical supply chain, and corporate social responsibility. Unfortunately enough, Microsoft and electric car manufactures as Renault and Daimler ignored Amnesty’s call to provide information about their supply chain or to implement ethical responsible policy [6].

‘’The energy solutions of the future must not be built on human rights abuses.’’

It is surprising that these multinational companies do not live up to their ethical liabilities when outsourcing a branch of a company in a third world country. In an organisational context it is not possible to presume that the organisational and labour culture is consistent with the one in the respective culture. Considerations and hereunder ethical challenges will need to be taken into consideration, and after the involvement of human right activists as for example Amnesty international, the ethical responsibilities for some of the companies in question, are beginning to change for the better. In order to improve human rights Amnesty challenges the electric vehicle industry to make the world’s first completely ethical responsible battery within five years.[7]

[4] Kelly, A. (2019). Apple and Google named in US lawsuit over Congolese child cobalt mining deaths. Retrieved from: https://www.theguardian.com/global-development/2019/dec/16/apple-and-google-named-in-us-lawsuit-over-congolese-child-cobalt-mining-deaths