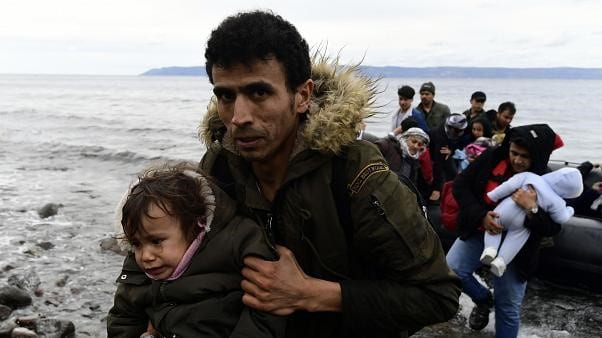 The recent, and current, refugee crisis has affected the whole planet and yet only few countries have acted, to minimize the extent of damage and to reintegrate the stateless and asylum seekers in society. According to the statistics of the UNHCR, there were 25.9 million refugees worldwide in 2018. 67% of all refugees fled from only five countries: Syrian Arab Republic, Afghanistan, South Sudan, Myanmar and Somali.
Everyday 37,000 people are forced to flee their country due to conflict and victimization. This means almost every two seconds someone is fleeing their own home. More than half of the refugees worldwide are children, of which more than one third is unaccompanied or separated from their parents. (UNHCR, 2018)

The five countries that are most integrated into hosting refugees are Turkey, with 3.7 million refugees, Pakistan with 1.4 million, Uganda with 1.2 million and Sudan and Germany both with 1.1 million. (UNHCR, 2018)This shows, excluding Germany, that from all the countries in the world, the least developed and poorest are accepting the most refugees. Why is that?

When you say Europe has a refugee emergency, or the United States, or Australia – no. Most of the refugees are in fact in the country next to where the war is, and unfortunately that means mostly in poor countries or in middle-income countries

The reason is simple

4 out of 5 refuges flee to a country next to their country of origin. As most refugees are from poor countries, that are surrounded by other weak countries, the migration to a less developed countries is inevitable. 7 out of 10 displaced persons find shelter in low-income countries. It seems reasonable that refugees would not travel extensive distances, but rather focus on staying safe. But does it make sense that the world is watching rather than acting? Rather than supporting the refugees by facilitating them safe passage to wealthier countries? The six richest countries, which would have the most capacity and resources of hosting refugees, only host 8.88% of the world’s refugees. (Myers, 2016)
From the six wealthiest countries Germany is hosting the most refugees. The six richest countries have supported the UNHCR with nearly US $2 billion in the past year to provide shelter, nutrition, water and security to refugees. Nonetheless, hundred thousands of refugees are still seeking asylum, living in danger. (Nebehay, 2019)
Should developed countries not assume more responsibility? Or at least act on their morals and diminish the refugee crisis by offering to take some of the stateless and asylum seeking people in themselves?

The sad truth is, that asylum applications rose by 8% in 2001 in wealthier countries and yet the number of refugees accepted has remained the same. (Clark, 2002) From all the Syrian refugees, the UK accepted only 8,000 to be hosted in their country. According to the UN, Russia, China and any Gulf state have not accepted any refugees to enter their country. (BBC, 2016)

But isn’t it strange that even though there is 8% increase of demand, the supply is not changing? What is it that makes rich countries not want to take responsibility in this global crisis?

How is it that the ones with the ability to give, to support and to help are not doing so? Why is the government not acting if even most of its citizens want it to? As a survey by Amnesty International has shown, 66% of the people worldwide are not satisfied with the little involvement of their country in the refugee crisis. 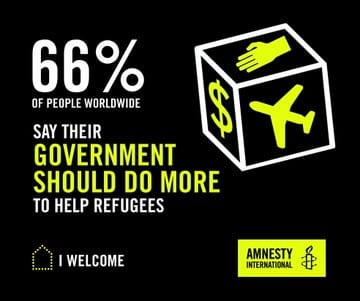 This means more than half of the population of a country pleads the government to do more regarding the crisis. And even though 145 countries within the UN signed the 1951 Refugee convention which is a key essential of the refugee crisis and necessary to improve the situation on refugees and migrants, there are still countries not acting up on it. (Davis, 2016)

According to the UNHCR, particularly Asia’s involvement is increasing since the 1990s, while Africa’s numbers have been declining. Reading this, I came across the involvement of the Philippines. Even though the Philippines are not in the top 5 of countries accepting refugees, the Philippines are worth to be mentioned since the country is known for its hospitality towards refugees and the willingness to accept refugees. In the past, the Philippines have accepted a significant number of refugees, such as the 1,300 Jewish refugees during the Nazi period, while most countries refused to grant them asylum. Furthermore, 300 refugees from Rohingya were hosted by the Philippines. (Pedrosa, 2019) Nowadays, the economy in the Philippines is poor and 2,558 Filipinos have fled their home country with the hope of a better future. (WorldData, 2018) The Philippines is just another example of a country willingly taking in refugees, while in need of financial support. Financial support from wealthier countries, countries that are in the position to help.

The Philippines might not have much financially, but it was the first country in South-East Asia to sign the Geneva convention. (ICR, 2016) It has also provided nongovernmental facilities for refugees with a capacity of giving shelter to 18.000 refugees are once. These are more refugees than the UK accepted in all of 2011. A country with so little to give but all the will to do so. What would the world like if more countries felt this moral and ethical responsibility towards our own kind?

The richest countries need to be part of the solution and do their fair share by welcoming and protecting more refugees.

In 1950 there were 1.8 billion people living in extreme poverty globally, which back then was more than a third of the world’s population. These numbers have decreased throughout the years, while the population has tripled. The way of living has improved impressively, and social standards are in constant development. And even though the number of refugees is lower now than it was back then, the proportion of humans fleeing their home within their own country has increased. Humans have not let any obstacles hold them back from growing and flourishing into the effective and vast global engine the world has become. The only problem now is that while some have everything, others have nothing. (NCR, 2018)

We live in a world where money should not be the reason for a country to decline a displaced person seeking for help. As money in many parts of the world is no longer a problem, rather something in excess. The option to provide protection exists and if all countries work together and combine their efforts, the refugees could be given asylum in all countries and would thus make a small percentage of the population of a country. Humanity should prevail, morals and ethics should forge a stronger bond between people, rather than egoistically avoiding responsibility and letting countries which are struggling with their own poor, take in all refugees.