The new coronavirus; COVID-19 is a very contagious disease and presumably comes from animals. The disease started at the end of 2019 in Wuhan, the capital city of the province Hubei in China. It took 3 months, to get all over the world and on the 11th of March 2020, COVID-19 was officially declared as a worldwide pandemic. Most common symptoms of the disease are fever, cough, tiredness and shortness of breath. Most of the diseased people have mild to no symptoms. But with the people with a weaker immune system, like the elder, or the ones with a chronic disease the coronavirus can result in very bad pneumonia. The transmission is most contagious through sneezing and coughing because diseased drops can be breathed in. (RIVM – Coronavirus – COVID-19, 2020)

This is one of the reasons you have to keep 1,5 or 2 meters of distance between any other individual in most countries. Other measures are; a ban on public gatherings, closure of hospitality and the obligation to stay at home and worst of all, a complete lockdown of the country. This results in an international social and economic disruption. As the date of 8th of March 2020, there are 1,391,890 cases worldwide, 634,735 cases in the EU and the UK and 84,478 deaths in the EU and the UK. With Spain (140,510) having most cases in the world, and Italy (17,129) the most deaths. (Situation report Coronavirus, 2020)

This blog will make you aware of what is happening in the EU during the pandemic, what the origin is of COVID-19 and the impact. Will the world ever be the same? And is Europe doing everything in its power  to control the disease? 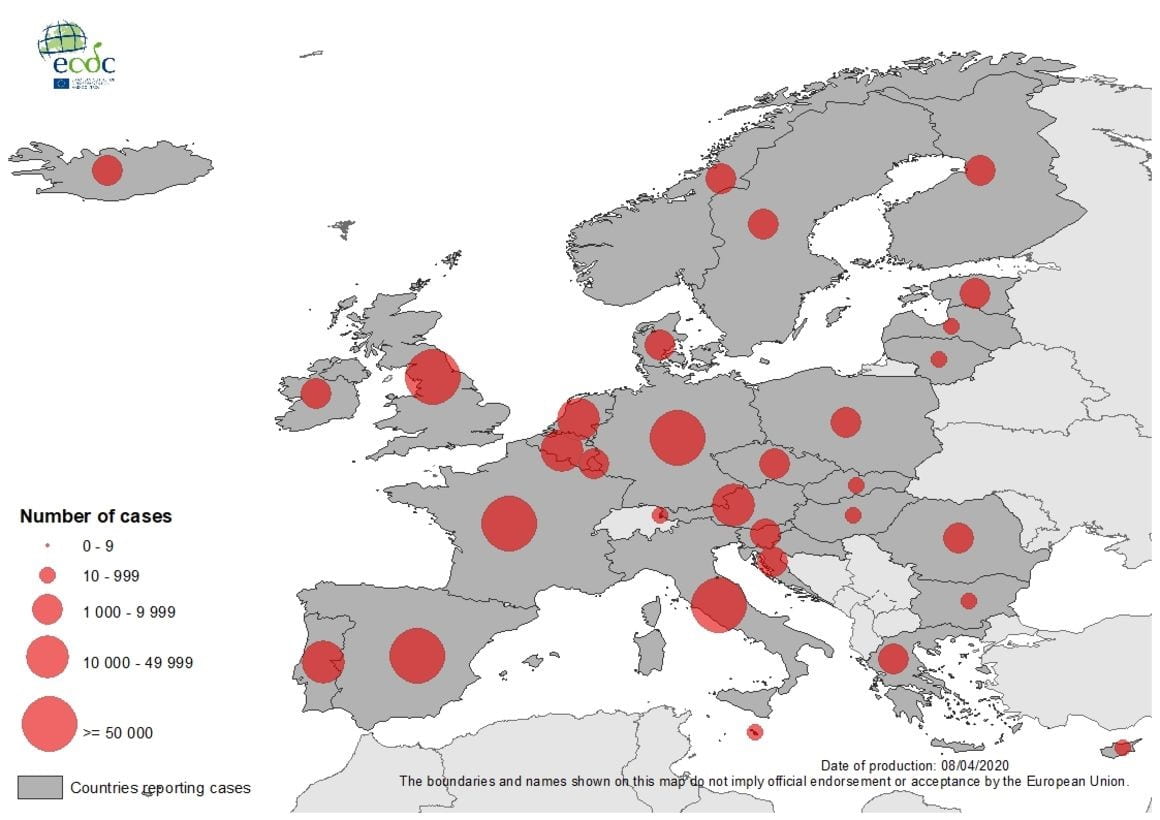 Origin of the pandemic

Coronavirus is the name for a virus which is under the animals. There are cases where people got infected by coronavirus through animals. Four of the most famous ones provoke a respiratory infection, like a cold. In 2002 China had an outbreak of the Severe Acute Respiratory (SARS), where 800 people died. Following with Middle East Respiratory Syndrome (MERS) in 2012, which had 850 victims in 27 countries. (Situation report Coronavirus, 2020)

In 2020, a new person got infected by a coronavirus, which is know called: COVID-19. This virus spread as follows;

On the 31st of December China made an alert to the WHO of unknown pneumonia in Wuhan.

In Wuhan, they found the source location in January of 2020; the seafood market. The most infected people of Wuhan visited this market. (Coronavirus: Wuhan doctor speaks out against authorities, 2020) The market consisted of thousands of stables with chickens, bats, snakes, marmots, pangolins and the organs of rabbits and wild animals, these were being sold. That is why it became likely the virus came from one of these animals. (Wuhan coronavirus may have been transmitted to people from snakes, 2020)

On January the 1st the Seafood market closed. In the meantime, there were already 40 infections.

On January 7th they identified the virus as COVID-19, following up with the first death of the virus on January the 9th.

The first case outside China was confirmed on January 13 by the WHO, this woman travelled from Wuhan to Thailand. 5 days later, the second death happened in the city of Wuhan and they started to check every passenger arriving in the city. Resulting in confirmed cases in the US, Nepal, France, Australia, Malaysia, Singapore, South Korea, Vietnam and Taiwan in the next few days.

As the virus spread rapidly through China, cities like Wuhan, Chibi and Xiantao started to go in quarantine. And from January the 23th more and more cities were following.

On the end of January, COVID-19 is officially declared as a global emergency by the WHO. The virus escalated quickly, as you can see it only took 1 month to get to a global emergency and starting February with the first death outside of China: The Philippines. The virus also spread to India, Russia, Spain, Sweden, Germany and others.

Europe reached 30 official infections on the 6th of February. With their first death only 8 days later. Italy started delaying events from February 23rd following in a complete quarantine in several areas in the Northern part of Italy.

End of March, the pandemic almost doubled their calculations within 2 days to the highest number of infections.

This all resulted in Europe getting one of the most infected continents. With Spain and Italy, one of the worlds worst hits countries. (Timeline: How the new coronavirus spread, 2020)

But what is the impact of Europe being one of the most impacted and what is the EU doing about it? 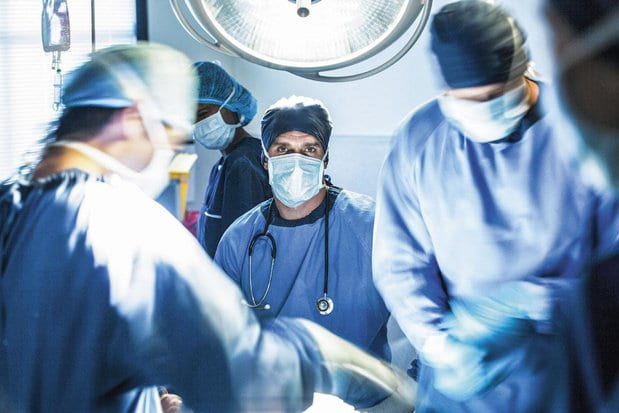 Impact of the pandemic on the EU

The impact of COVID-19 is not only on public health but also on the global economy and has been a large blow for Europe, as 45% of the confirmed cases are in Europe. (COVID-19, 2020) The virus has a huge impact on the occupation of the community, on businesses and global economic growth.

As the EU works is fighting against the virus and trying to minimize the number of victims, the economy is falling and is already so far down, it can not be fixed easily. Sectors like transport, tourism, catering and retail, have had the hardest beat. But more and more sectors are following as are millions of labourers. (The European Commission: how we are helping EU citizens and businesses cope with COVID-19, 2020)

The European Union believes solidarity and support are the solutions. As they are taking several actions:

These are only some of the actions the EU is taking against the virus. But also institutions like WHO, RIVM, and many banks support people all over the world as much as they can. (EU: Official green light for emergency government spending, 2020) But will this be enough? 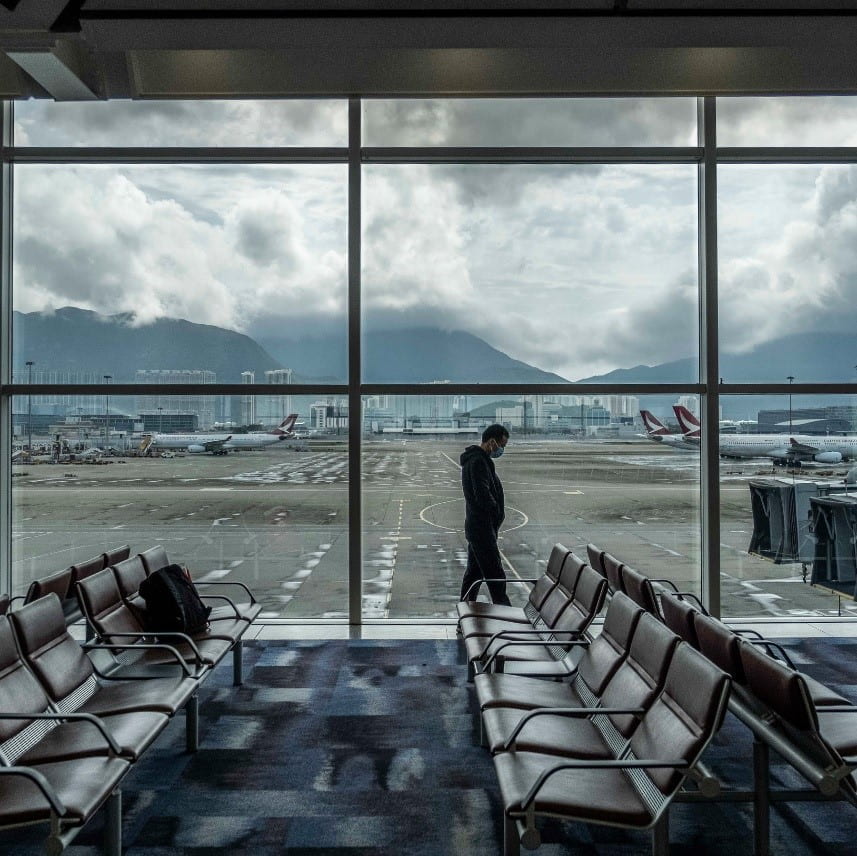 In my opinion, the European Union is doing everything in its power to minimize the virus and keep thinking about the future and the economy. As the virus is something very hard to control, especially with the supplies we have. Many people are dying, or are harmed by the virus in another way. But I like to see things as positive as possible and we can speak of unity and a lot of support to each other all around the world. I feel like the world is really working together as a team, fighting against a virus, instead of fighting against each other. The world will not be the same after the pandemic, but maybe even better after a while, maybe we needed the pandemic to realize how we can also work together.