Woman, men and even children are fleeing their homes in this exact moment while you are reading this. They travel hundreds of kilometers to another country in the hope that there they will be safe and can start a new life again. However, registered refugees await an extremely long period before they can be resettled in another country. But what happens to the people that are legally stuck in the transit countries? The Republic of Indonesia only wants to be a host country for refugees. Yet, thousands of refugees are in need of their help. But what does Indonesia do and what happens with the refugees? 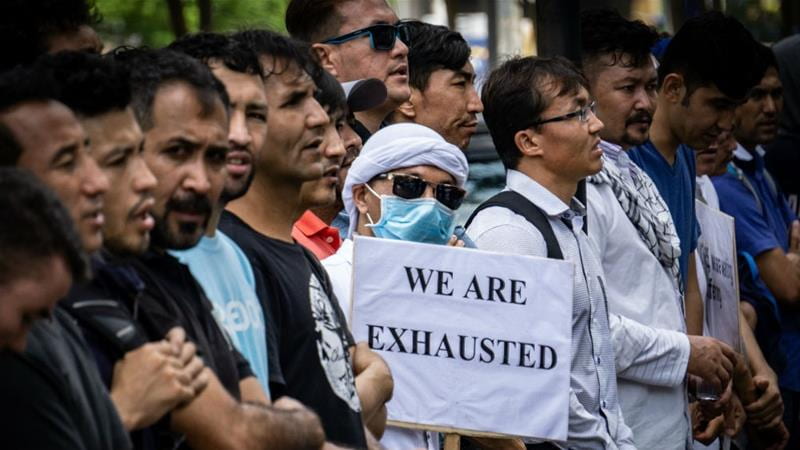 On the news we see words such as: refugee and asylum seekers. But what do these words mean? According to the United Nations High Commissioner for Refugees (UNHCR) a refugee is someone that needs to flee their country of nationality because of violence, war or persecution because of their race, religion, sexuality, political opinion or nationality. Basically everything another person, group or state does not accept from you.

An asylum seeker is someone that is looking for a sanctuary in another country because they are fleeing their own. To be straight to the point, Indonesia sees it self as a transit country only and will not integrate the refugees into their economy. This leaves thousands of refugees on the streets.

To understand Indonesia’s viewpoint on refugees, we must look at the past. Before 1975 there was a war called the Vietnam War. About 2 million Vietnamese left their homes to find a better place abroad. Many of them arrived in Indonesia and stayed there. The Indonesian government was not amused. Yet the government let them in because the Western countries reassured that they would be resettled in other countries.

We are seeing a massive human shift around the world like never before. This is because people need to escape war, violence or persecution. The Republic of Indonesia is experiencing an overflow of refugees. Most of them come from Afghanistan, Iran, and recently the Rohingya Muslims from Myanmar.
To protect refugees and migrants the United Nations set up resolutions that are signed by most countries. However not every state has signed.

Indonesia is for example not a signatory of the 1951 Refugee and Migrant Convention nor the 1967 Protocol also related to refugees and migrants. They believe that Muslim refugees will see the country as a free way and will stay. However, I believe that the International Refugee Law has to be signed by The Republic of Indonesia. Refugees can be beneficial for the country on the long run. I will talk about that in a moment. 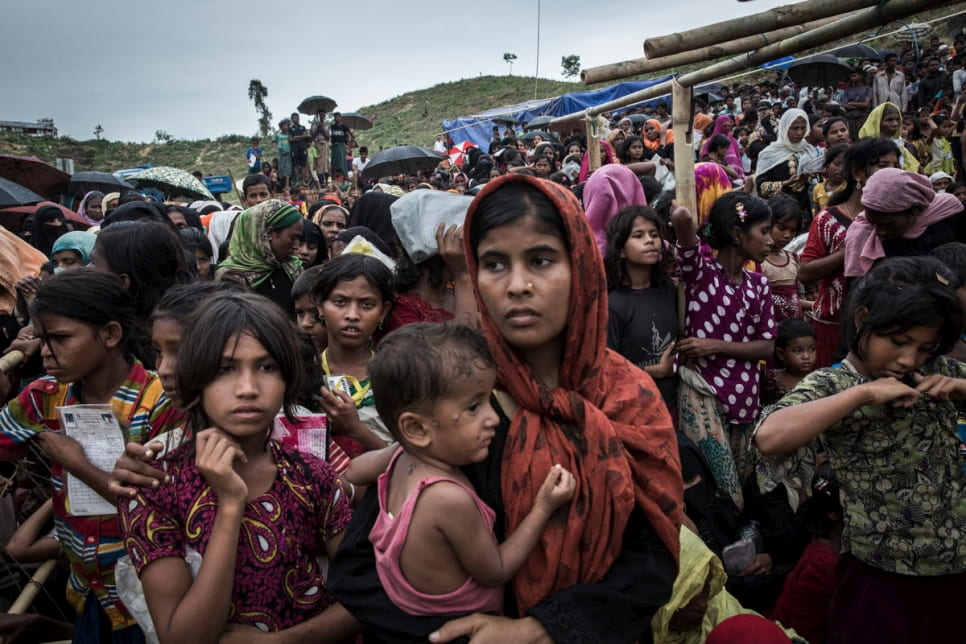 According to Worldometer (2020) there are 273 million people in Indonesia. The main religion is the Islam, with the majority to be Sunni Muslim. They believe that after the death of prophet Mohammed the close friend Aboe Bakr had to be the next Muslim leader. However, the refugees that are entering Indonesia are mostly Shia. They believe that the son in law Ali ibn Abi Talib was rightfully the next leader of the Muslims.

This huge disagreement can lead to the same of what is happening in the Middle East: war. Therefore the government does not allow asylum for refugees that are leaving because of religion persecution. The war in the Middle East is not about religion anymore but about power of certain groups. The people in the middle are the ones that are most affected and do need international aid between all the war around them. Thus, also from Indonesia, that is how I see it.

The approach of The Indonesian Government has changed in the past years. A great example is, the signed regulation about Handling Foreign Refugees (2016) by President Joko Widodo. In this document it says how refugees and migrants should be handled when entering. Also, the Indonesian government is bound to the principle of non-refoulement. This entails that refugees will not be returned to their home country.

Refugees entering the country are mainly on their own. Most of them camp outside the UNHCR headquarters in Jakarta, waiting for their resettlement. They also apply for a UNHCR identification card. If refugees do not posses such a card they are perceived illegal to the Indonesian Government. Only registering to get this ID card can take up from eight to twenty months of waiting.

Yet, in all the chaos people find the courage and try to rebuild their lives and search for a job. Refugees have no legal path to work in Indonesia. To keep busy they organise classes of art, music and even give language classes. Volunteering work is therefore highly important.

VluchtelingenWerk Nederland (2018) has examples of integration of refugees in the Netherlands. A gentleman from Syria called Mohammed, studied at an agricultural institute and worked there as a beekeeper in his own country. When he arrived in the Netherlands he wanted to do the same job. Coincidentally, he came in contact with a bee farmer and started voluntary work for couple of months. After, he was given a contract to work on the bee farm. 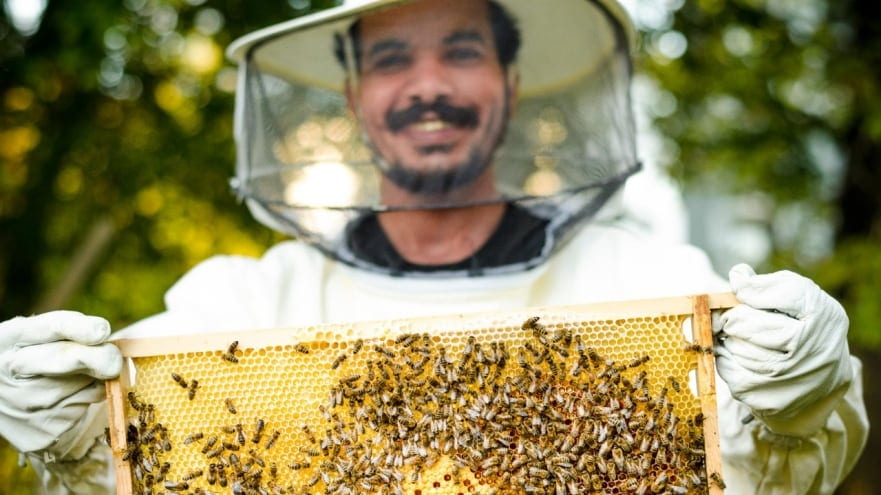 Another example, Solomon from Eritrea came to Netherlands to seek work. He started at a metal fabric with a work experience position for three months and after he was also given a contract.

Even refugees engaging in entrepreneurship has shown for more job opportunities.
I have seen a Dutch documentary named Matchmakers in Migration (2019) about a Turkish-Kurdish migrant Hamdi Ulukaya that conquers the US with his yogurt brand Chobani. He did this by employing more than 30 % of refugees and giving them shares so they engage more in the company.

“Business is still the strongest, most effective way to change the world”.

These are great examples of refugees being supported by the government and refugees taking initiative to seek work. Indonesia is slowly changing its policies and can result in new opportunities for refugees entering Indonesia. Refugees all around the world deserve the chance to rebuild their lives with dignity and autonomy. But how long will it take before Indonesia realizes that it needs refugees ?