This European nation has had a longstanding global reputation of being an advocate for liberal and social democratic values. Along the 20th century, the country became a home to many refugees and immigrants descended from the Soviet bloc, the Balkans and the Middle East. In this day, those immigrants and their descendants account for 10 percent of the total Danish population of nearly 6 million citizens.

So saying that immigration is quite a big part of the nation would be an understatement right? Protest against Danish law to discourage refugees from coming

What has Denmark been up to?

Denmark has always been an advocate for refugee inclusion. It was the first country to become party to The 1951 UN Convention Relating to the Status of Refugees. Denmark is characterized as being one of the most accepting nations in the world.

At least I thought so, and you probably did too, right?

However, around 2016, Denmark had been dubbed with the reputation as “Western Europe’s least attractive country for refugees”. A title difficult to earn, since many of its neighbors were tightening their borders as well at that time, when more refugees fled from the middle east.

In the year of 2015, 21.000 refugees sought asylum in Denmark. This was a large increase compared to the 14.815 applications in 2014 and 7.557 applications in 2013. The country prides itself with the Danish welfare state. This system however, guarantees free health care and education, along other benefits, to every citizen.

Now how would you feel, if something that has always belonged to you, your family and friends, something you have pried yourselves on and collectively work on to maintain, is all of a sudden also given to others without them having to chip in.

Would you feel as though it is unfair for others to receive the same treatment without “truly earning” it?

Refugees come from awful situations in their country of origin and seek shelter and an opportunity to build a new life for them and their family. Other countries recognize these situations, but are still reluctant to share resources as people feel it would take away from theirs.

The saying: “We take care of our own”, is widely used and applies heavily when talking about the acceptance of refugees in your own country. Denmark has relied on this saying for a few years now and can be traced back to their migration policies.

In 2016, the center-right government of Lars Lokke Rasmussen introduced new immigration rules considered to be the strictest within Europe. New laws included cutting the social benefits of refugees and immigrants with 45 percent. The cut was meant as a precaution and to discourage immigration to Denmark.

Next, the country would not take any more of UN’s quota refugees. The police was also allowed to search refugees for cash and valuables that could be confiscated to defray the costs of their asylum.

They are unwanted in Denmark, and they will feel that.

In 2019, Mette Frederiksen became Denmark’s new prime minister while being leader of the Social Democrats. However, in this country it does not necessarily mean having an open stance towards migration. Her party has often supported the immigration policy adapted in 2016, including bans on wearing the burqa and niqab in public, the right police have to seize cash and valuables and for asylum seekers to be processed outside Europe, mostly North Africa. The prime minister has even suggested a halt on “non-western” immigrants being allowed in the country.

The Social Democratic party is not planning on making big changes towards migration policy. Prime minister Mette Frederiksen stated in the Danish edition of The Local Newspaper:

We will be focused on repatriation and temporary asylum. However when there is peace, you must go home.

The prime minister’s though stance on migration was accepted by voters, due to there being more support for the “left bloc”. And it was support from that bloc that allowed Frederiksen to form het government.

Overall the amount of venom Denmark has attracted is not surprising over its strict migration policies. The country receives accusations of racism and xenophobia while simultaneously it is stated as being one of the least corrupt nations in the world and the United Nations leader in sustainable development indicators. 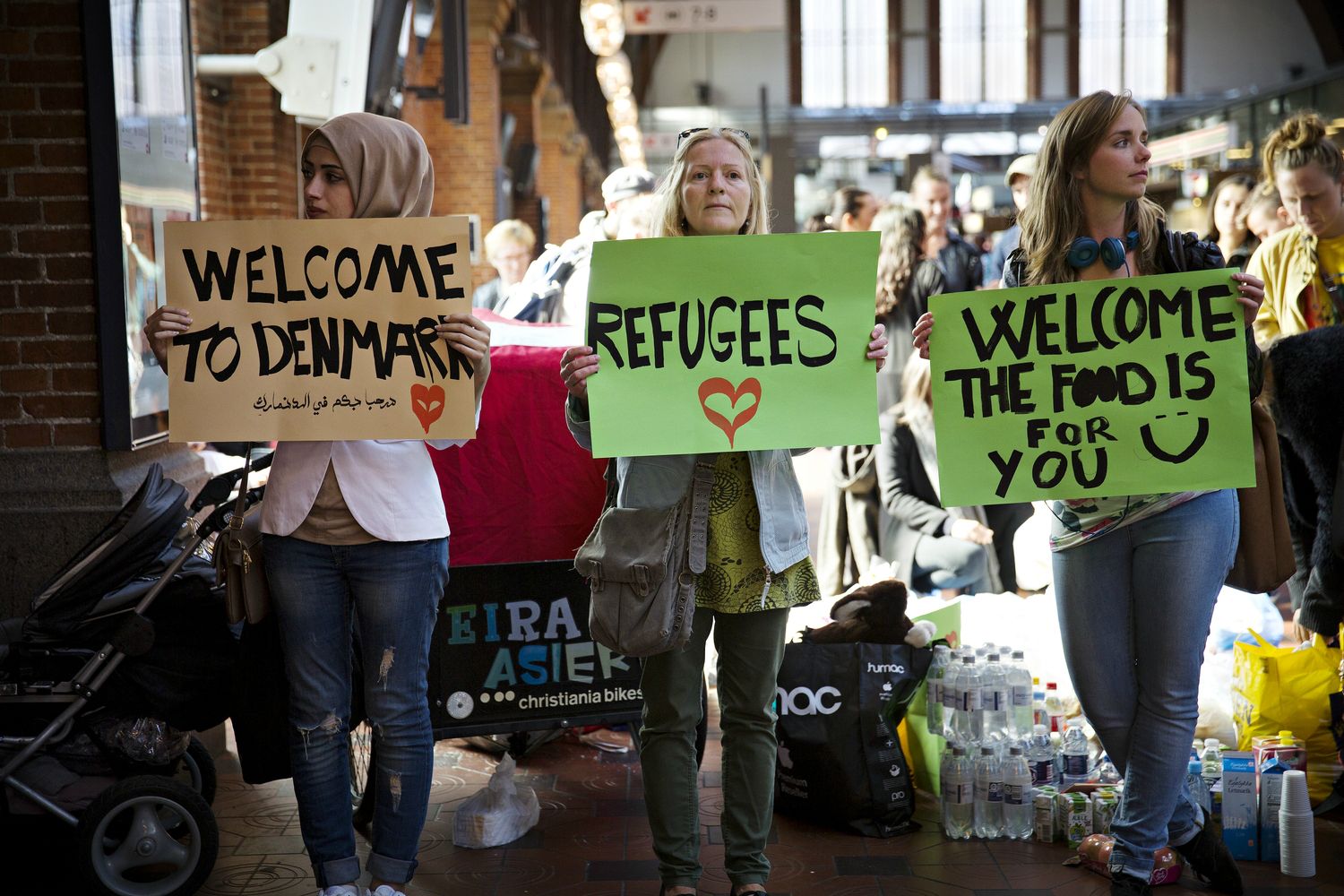 Denmark is known for its accepting society and is reluctant to intervene in how people live their lives. Examples are that the country was the first nation to legalize same-sex marriage, prostitution is legal and they have a free zone where soft drugs are sold legally.

So how is possible, for a great nation such as this, to have acted as though they are racist and xenophobic. What underlying reason does Denmark have for trying to actively exclude refugees from its society.

Denmark has been polled as one of the greatest countries to live in. This is mainly linked to what the Danish welfare state has achieved. The welfare state includes having the lowest poverty rate in the world, free healthcare, longer parental leave and free higher education.

So, why not simply share this with others that want to participate in the same society?

It is just obvious you can not have free immigration and a welfare state.

Generous welfare is supported by high taxation, which requires all individuals to participate without having “freeloaders” make use of the system.

Immigration activists have argued that the acceptance of immigrants is not an economic questions, but rather a morality question. They claim that compassion requires generous migration policies, no matter the costs.

Experience also shows that Danes are more welcoming towards refugees when they have similar social and cultural values.

So in conclusion, choosing welfare over migration, selfish or smart?

From my perspective, I think it depends how you view the problem.

Morally speaking, all individuals, no matter the origin, deserve equal treatment and equal opportunity when they are unable to obtain it in their own country. This would mean sharing welfare state with whomever seeks asylum in Denmark and accepting that they will not be able to work for their share at first. Citizens would not worry that they would fall short because refugees have taken their equal deserving share.

Now economically speaking, the country would not allow any refugees to seek asylum in Denmark. However this is not realistic and would go against UN policies. But, it is also understandable as a leader to not want your own people to fall short on the benefits that they have been promised after each doing their part.

Making such large decisions that involve the livelihoods of natives and newcomers is never going to satisfy everyone. A country should pull their weight no matter if the focus lies on helping your own or helping those in need.

What would your opinion be on Denmark’s choice between welfare over migration?