The very first thing that might come to mind is that the response would be negative. But some countries might surprise you and have responded in ways that nobody expected. Let’s go back first, how did the crisis in Venezuela start?

The Venezuelan crisis goes back a long time, but the current crisis started in 1999. This is the year where Mr. Chavez became President of Venezuela, he increased in power and caused a rift between the left and the right which became more pronounced. When he died Mr. Maduro took over, a man that does not have charisma or skills in politic. To control his rule, he became more and more dictatorial. With a harder grip in power, he banned political demonstration or any protest against his regime. In May 2018 the opposition decided to boycott the elections. In that election time only 46% of the registered people that were allowed to vote, came to vote (Penn Today, 2019). But then again, Mr. Maduro made sure there where not that many people to vote on, as opposition lawmakers have been barred from going for office, have been arrested and some have gone into exile. The elections of 2018 where declared to neither be free or an honest election. It was therefore not recognized by the General Assembly. On the 23rd of January 2019, opposition leader Juan Guaidó declared himself acting president of Venezuela. Over 50 countries recognized Mr. Guaidó as the rightful president, among those countries is the United States and many Latin-American countries including Brazil and Colombia. But President Maduro is supported by countries as Russia and China. So, who is President in Venezuela? Nobody knows. Mr. Guaidó lacks power and has been trying to win the support of the military forces, for now unsuccessful as President Maduro has increased their pay. The distrust in the politics, the rapid price increases, regular power cuts and the increased lack of food and medicine have caused a freefall in the economy (BBC, 2020). This made five million Venezuelan to leave the country, they became refugees in many of the neighboring countries. 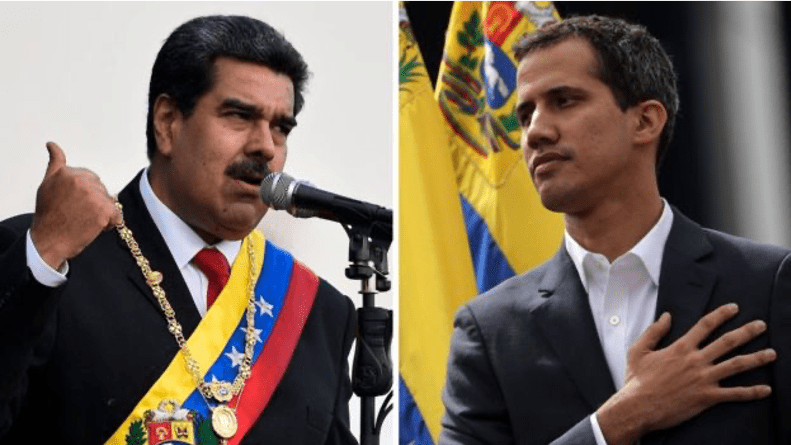 Figure 1: On the left President Maduro, on the right interim President Guaidó

How did the controversial and powerful country United States respond? Or should I say, how did President Trump respond? The US started with sanctions, but is that the correct way? They do it more often, the US also did it when they could not agree with China and put economic sanctions on China which started a trade war. This put a lot of countries in the middle and businesses where damaged because of it. So, it is arguable to say that it would harm Venezuela more than it would harm the US. 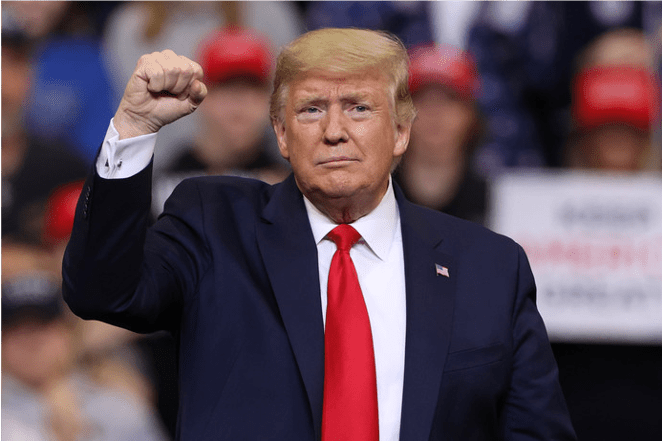 The United Sates has implemented extensive sanctions on Venezuela. The US have frozen all the assets belonging to Venezuela in the US and they no longer make any transaction with the government. Even these sanctions did not have enough impact in Venezuela as it failed to weaken President Maduro. Almost the opposite actually, President Trump has almost volunteered to be President Maduro’s fall guy (BBC, 2020). President Maduro has happily blamed President Trump for all the bad thing happening in Venezuela and the fall of the economy. But the US increased sanctions and they did that on the main income of the Venezuelan government which is oil. This seems to have worsened the Venezuelan economy and it has been in hyperinflation ever since. So yes, the US acted hard on the man that has become a dictator in Venezuela, but did they also assist with the downfall of the country and the increase of refugees? Should countries even intervene when there is a dictator? The Arab spring can argue that because western countries meddled and made it even worse. To send an already vulnerable country into an economic fall should not be the answer.

So, what is the United States doing for the refugees of the country that they made worse? In 2018 there where already 30.000 Venezuelans that applied for asylum in the US, that was almost one-third of all applications filed. This has created a big problem for President Trump because of his immigration policy. That policy is to do whatever it costs to keep the number of people that ask asylum down. These asylum seekers are more of a threat to the Trump administration and their anti-immigration policy then other Latin American countries. This is because of the part that Trump had in the situation. Almost 50% of the asylum claims made by Venezuelan people have been denied in the US. These people risk deportation back to their country. The US is bound to protect the refugees from Venezuela and give them a temporary protected status. This would give the Venezuelans the right to work legally in the US, but the Trump administration officials have dismantled this program to reduce immigration (O’Toole, 2019). Thus, the answer to the question of how the US is dealing with refugees from Venezuela? The answer is not good. 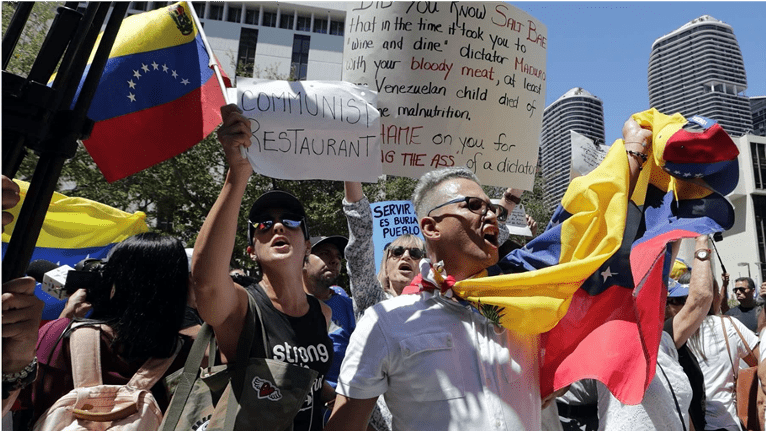 Figure 3: A Venezuelan-American demonstration in Miami, US

The response of Latin American countries 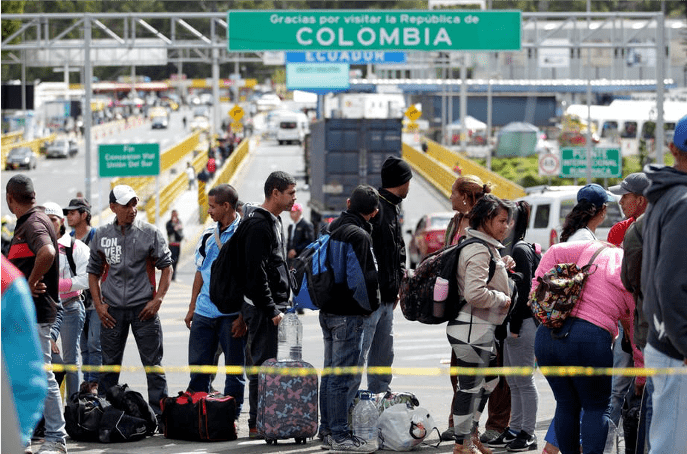 Colombia has around 1,6 million Venezuelans in the country. Therefore, the government made the decision to create two new Special Stay Permits that are going to benefit more than 100,000 Venezuelan refugees. These permits allow the Venezuelan refugees to stay in the country and work. The Venezuelans that will receive this permit can finally stabilize their situation and they will receive payment (UNHCR, 2020). Most importantly, the refugees will have access to employment. 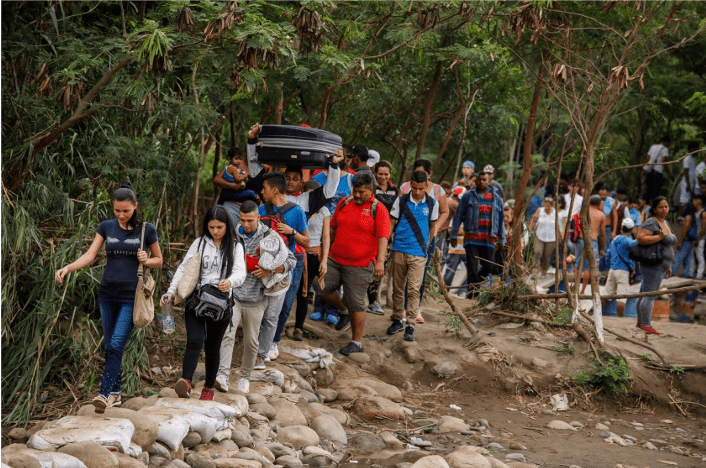 Figure 5: Venezuelan refugees crossing the border to other countries

Brazil responds very similar to Colombia; Brazil has received around 224,000 Venezuelan refugees in the country. Even though the Brazilian president Bolsonaro is widely criticized and is called the Trump of the South. Bolsonaro’s government made the very humanitarian decision to welcome the Venezuelan refugees. They recognized the Venezuelans as refugees and thereby the refugees are protected (Muñoz & Taraciuk Broner, 2019). When Venezuelans that cross the border have a valid identity document and have no criminal record, they receive permanent resident status. This gives the Venezuelan refugees access to employment, health care, education and other services that are also available to Brazilian citizens (UNHCR, 2019).

The Latin American countries have in comparison to the US welcomed the refugees and made it work. They have shown a humanitarian approach to the refugee crisis and are an example of how it can be done.