Numbers show, that this crisis is ongoing and that it is the responsibility of all EU Member States to actively work towards providing shelter but also economic safety to all refugees. And to prevent any misunderstandings right from the beginning on, let us define the term refugee to not mistake it with a migrant. Because other than a migrant, who chooses to move intended to create the opportunity for a better life, a refugee is a person that flees because of armed conflict or persecution in his home country (UNHCR,2016). Refugees don’t wish to move – instead, they are rather terrified of this flight. Endless walking, unsafe cold nights on refugee boats, old people, educated people that once had a decent job in their home country, children, babies…

So let’s face reality here and GET INVOLVED

If we as citizens of the European Union face this crisis, it is our turn to continue helping. We have the resources and the capacity and now, the only thing still lacking is the engagement to integrate refugees to the host country from the beginning on so that they have a perspective and are economically included in the new environments.

Open Homes! Even if it does not include refugees into economies directly, it offers the opportunity for a good start back to the working world. People help people, new networks develop and maybe the refugee did not just find a place to stay, but also a job. Check out Airbnb’s amazing campaign to make an attempt in the right direction. 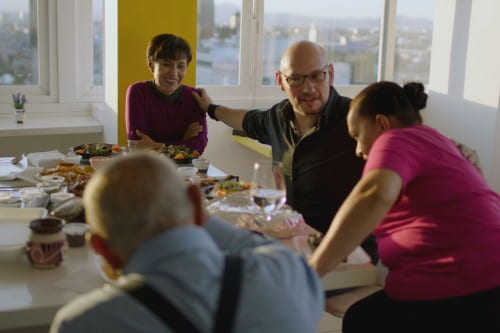 Laura and her family find a home away from home through Airbnb.

The role of the privileged and international law

We cannot imagine how it feels to live the life of a refugee, to overcome all difficulties and horror of this journey with the single aim to arrive somewhere safe. But still, we should not forget the role that WE play in the life of all those refugees and moreover, the role international law plays, in terms of policies and restrictions of employment which results or does not result in economic inclusion of refugees.

Already for more than fifty years, the protection and rights of refugees are embedded in international law by the Geneva Convention of 1951 (UN, 1951). Ratified by 196 countries, including all 27 EU Member States, the Geneva Convention of 1951 provides in its articles 19 and 24 the right to work for all refugees. Because the right to work, other related rights and access to essential resources and services, facilitate the economic inclusion of refugees. Moreover, article 6 of the International Covenant on Economic Social and Cultural Rights, initiated by the OHCHR, contains the clause that legally binds states to safe and supports everyone’s right to work with the opportunity to be financially independent. And important to note here is that with everyone also refugees are included (OHCHR, 1966).

Is this economic inclusion working out yet?

Refugees account for the most vulnerable group on the European Labour market. The employment rate of refugees is 56% but still one in five refugees economically active is unemployed, one of eight is unemployed for 12 months or longer and one of 14 economically active refugees does not have a job for two years or longer (OECD, 2016, How are refugees faring on the labor market?). Taking Germany as an example host country, two out of three refugees live on social benefits (Deutschlandfunk, 2018). And let’s be honest, we all know that the longer you are out of the working game, the harder it gets to step back into long-term employment.

Long-term unemployment rates of refugees and other non-EU-born

Refugees do not end up unemployed and without a perspective because they are less educated or worth than we are. Every fifth refugee that came to Europe in 2014, aged between 15-64, had a tertiary level of education. But still, over 60% of the refugees working in Europe are overqualified in the job they work in and this mainly is due unapproved diplomas and unacknowledged years of job expertise by the host countries they fled to (OECD, 2016, How are refugees faring on the labor market?).

But also the language is a problem. Basic language courses being offered to refugees most of the time are not enough to learn this totally different language in a short time. Without being able to communicate, it is hard to find a job in the destined area, especially in higher qualified jobs (Deutschlandfunk, 2018).

And then? A decrease of motivation happens.. because how to explain an established man or woman, equipped with years of expertise in his or her job, maybe even running an own business in his home country, that he has the right to work but unfortunately due to circumstances and restrictions only as a housekeeper and not in the higher leveled job as before. And why? because his education and work experiences are not to be acknowledged in Germany e.g. This might sound exaggerated and luckily not relatable to all refugees, but those cases exist, right next to a labor shortage of skilled workers in the host country itself (Deutschlandfunk, 2018).

Why a change in this economic inclusion is so important

There are many reasons, why we should start to include refugees more into our economies from the first moment on. But let me address my personal four of the following found.

So how to tackle this conflict?

Yes, every country has its policies and laws concerning the employment of refugees. But also, the EU Member States all signed the Geneva Convention which clearly states that they owe the refugees opportunities to work and make a living. And it is not stated, that those opportunities must be extra hard to reach and realize. And in addition to this, it is a convention and not a suggestion.

And of course, not every refugee comes educated and skilled with experience. When we take Germany as an example again, we can see that the amount of lower leveled educated refugees is almost twice as high compared to native borns.

But because we are in the position of safeguarding the lives of refugees that fleed from armed conflict or persecution in their home countries, European economies should engage with the refugees from the beginning on. The earlier good integration starts, the better are the results. And yes, this means investing: timewise and financially and ONLY THEN take away profit in the long-term.

But let me tell you some good news, employers in the EU are not being left alone with this task. Many organizations did their research and shared findings, solutions and action plans. The OECD created a 10 lesson plan in 2016 to inspire and guide employers that want to help refugees to become an approved worker in the host country (OECD, 2016).

To conclude for now

The economic inclusion of refugees is a complex topic. Opinions of people split, emotions get high and almost every day you hear some new, dramatic developments in this crisis. But international law exists, and in my opinion, almost everyone understands the significance of this topic at least subliminal – but unfortunately, this is not enough. We need to give more, more time, more effort and more money that we have, to find solutions and put them into practice. 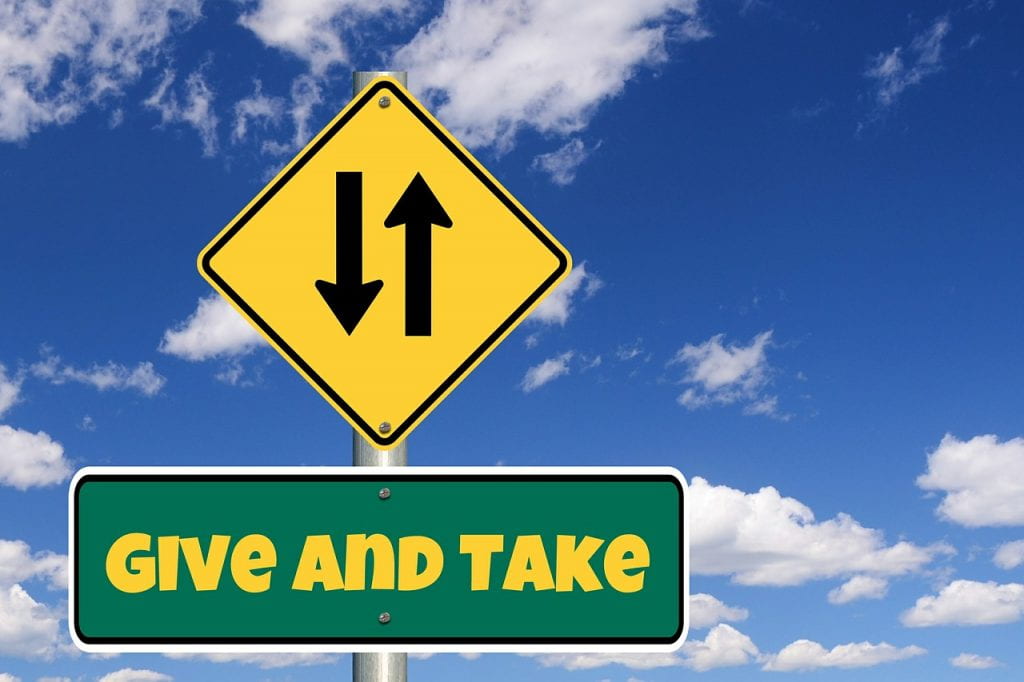 Give and take, a one-way street

Two things, firstly the capacity of the EU to integrate refugees to realize their full potential and secondly, the aiming of the refugees for a new perspective need to be combined. I am positive, that they would work out more efficiently if everyone complies with international law, not only seeing it as a suggestion and finally starts respecting the humanity of every individual on this planet.