The central American country has had a long tradition of asylum as witnessed by the number of refugees and immigrants that actually are taken into Mexico. From the outside it seems as though Mexico is doing a very positive  job with immigrants and gladly taking them into their country as well as allowing them to work and join the Mexican society.

But what is really happening ?

First of all, Mexico has a reputation for drug cartels and gangs as well as many murders of women. So why then are many people still being allowed to enter the country? Why is the government so committed to being positive towards refugees knowing fully well the situation in their country ?  Also, if we really look at the behavior or actions taken by Mexico, there is a strong influence of the United States. In previous years, it was easier to take in immigrants because the United States was led by a more open leader , Barak Obama.

Now that there are new laws in the United States regarding refugees, Mexico has also abruptly changed its stance on immigrants . The “ Remain in Mexico Policy” is deceiving especially because it promised immigrants the opportunity to get migrant visas and work permits but asylum seekers are actually being sent back to unbearable and unsafe living conditions. Many families have camped outside the borders of Mexico after having been promised visas many months ago. For some it is  becoming close to a year. Talk about violating international humanitarian laws. Read More…

“ the Asylum program is a scam ”- Donald Trump 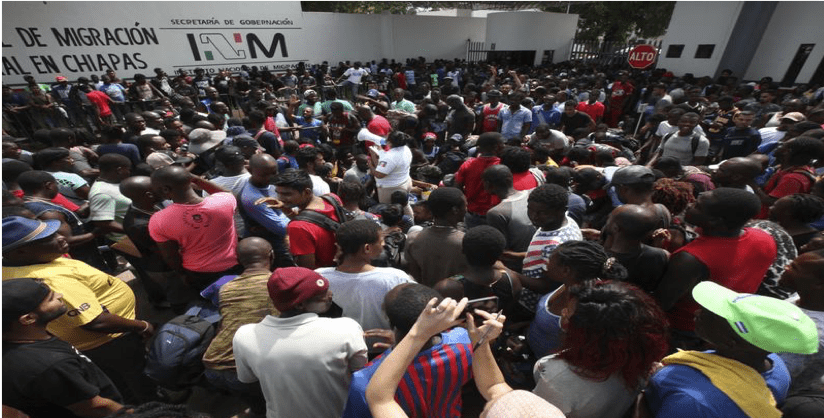 waiting for their opportunity to change their migrant status in Mexico. Source: WNYC Studios(2019)

Let’s take time to think about the thousands of people that are already in the country. People who have already been given asylum and some with permits and jobs. How are these people, this population really being treated in the current Mexico ?

There’s already been reports and articles out showing and reporting refugees that have been detained to stop them from going to the United States. It is understandable that Mexico has to protect its trade relationship with the USA but what about the immigrant population. Where is their protection now ? The situation of the mothers and children who have been partially accepted into a foreign land with so much crime against their kind needs to be considered. We need to know what is happening to them.

Migrants already pay high fees to smugglers that promise to help them with the migration process. Apart from that extortion actually happens within the authorities particularly the police and agents from the migration offices themselves . So how is that safe ?It is one thing having to face threats and rape from the locals of the hosting country  but if the office that is supposed to help one as a displaced person or a refugee is the one abusing or mistreating these people then there are some questions to be answered.

Women, migrant women are vulnerable to all forms of sexual and gender-based violence especially rape. Along the borders of Mexico  many women are forced to disappear after being raped or assaulted sexually. Amnesty international is a source that supports this as they show that 60%of women and girls that are raped while migrating. 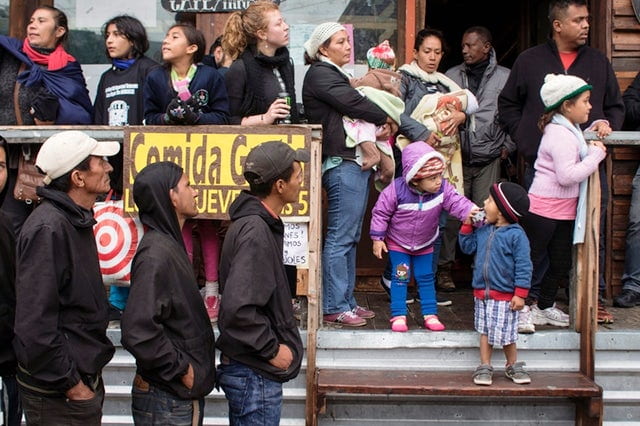 In my   opinion , despite the very bad scenarios and the very limited options these women will have, it is better to be given the choice to disappear than being sold into prostitution or human trafficking. But then again, it is very easy for us to come up with our own suggestions because we are not in the situation. When having to go through such, options seem like nothing. Its life that matters more than anything.

The United Nations Higher Commission for Refugees released an article where some women have expressed their feelings about Mexico . “ it is not different from Ecuador, why would I go there ?”  These are the words said by one of the women who is also going through the violence , someone in the face of danger but stating that she would rather stay at home rather than go to a different foreign place where she is a stranger and not have any safety or familiarity. The option is worse than home. Mexico is worse than home.  People are being detained and being kept under inhumane conditions. 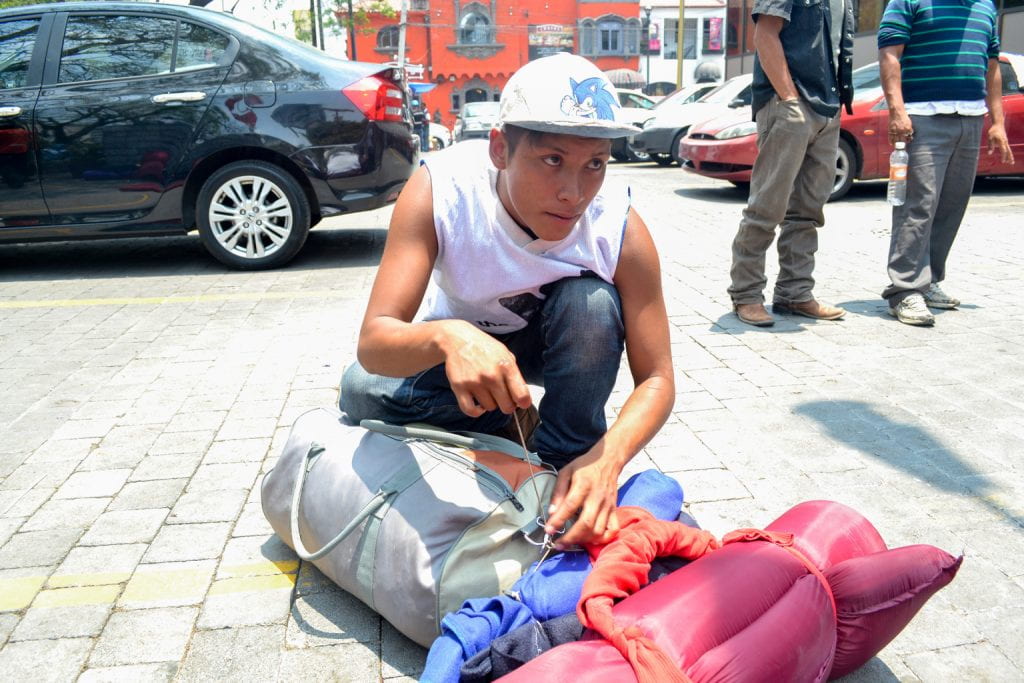 Under U.S. pressure, Mexico  has started detaining and mistreating a large number of refugees and immigrants. Honestly, there is a possibility that all these actions toward immigrants are worsening because of the threat of the relationship between the United States and Mexico becoming sour. There has been very minimum positive cases of organisations that have taken refugees into construction companies as a way to include the refugee population into the Mexican society and as a way to eliminate or mitigate the domestic violence that happens when man do not have jobs.

But many researchers and people who have travelled to Mexico have seen that there are gaps in how the authorities are receiving the asylum seekers and refugees.  The communication to the refugees on their rights to apply for protection has failed. It is ineffective and very questionable so then why should people risk their lives and go to a country where safety is an unanswered question. Read more :

“ Mexico is a more dangerous country to cross now that it was 20 years ago. “It was bad then because people would be extorted, and beaten, and raped. But it has just intensified ever since.”

Taking into account, the current cartel war the country is facing. One can only imagine how refugees can be protected if the Mexican government is struggling  to protect its own citizens.  It is important that refuges and asylum seekers know that Mexico has been at war for over a decade now . It is becoming a zone that is more deadlier than Syria .

The drug cartels mean that the security and safety in the central American country is highly compromised and dealing with this “war” not only affects the ability of Mexico to focus on its humanitarian initiatives but also shows to the entire world including those who are fleeing from their countries because of violence, just how much seeking refuge  in Mexico is not and must not even be a question of choice at present. The cartel wars are happening in real time and in plain sight for the world to see, the cartels are winning. The government, the Mexican army is failing to maintain peace.

So, as a refugee or someone thinking about fleeing or moving to Mexico do you think it is safe ?

would you be comfortable packing up with your family and close to minimum funds to seek refuge in a country that is undergoing so much violence? Men may be able to sustain themselves as there are more chances of being employed into construction companies as a man. But for women, the chances of survival in Mexico are close to nothing and the conditions are becoming much worse.

Bonello., B. 2019. The Telegraph. Why Mexico is losing its war against a parallel state of drug cartels.  Retrieved from:https://www.telegraph.co.uk/news/2019/10/22/mexico-losing-war-against-parallel-state-drug-cartels/