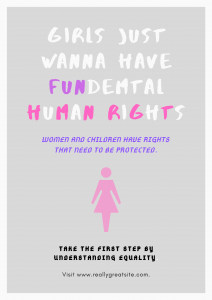 THE THING WOMEN HAVE YET TO LEARN,IS NOBODY GIVES YOU POWER, YOU JUST TAKE IT-ROSEANNE BARR

Brazil has sought for a really lengthy time to establish methods of dealing with inequality and some other forces at play that are economic and ecological. Even though they’ve struggled to help relieve the above-mentioned matters, women’s rights are still being dealt with. Brazil does have many problems throughout the workforce, particularly with gender-based violence and females. Women empowerment in Brazil has been more focused on equal pay and opportunities for women, as well as education, they also have laws that confront gender-based violence. Their first female president in 2006 known as Dilma Rousseff created a law for gender-based violence, which stated that courts should really have much stricter sentences for the people who abuse women.

In Brazil, women and men are roughly equivalent from a strictly legal point of view. This idea, nevertheless, aligns with truths of everyday situations-only women understand how it feels like being compensated almost nothing for exactly the same job or just for worry of violence in the streets. A similarly tedious comparison for both Brazil’s regulations and from other countries, notably considering how long it required laws to improve in other countries and of course brazil.

IF THEY HAVE ALL THESE LAWS ABOUT SEXUAL HARRASMENT, WHY DOES IT NOT COUNT AT SCHOOLS AND PUBLIC PLACES???

In contrast, as we look at the various regulations regarding sexual assault on roads, public transit and other public areas, it is said that there are no policies. It actually occurs in educational institutions where women and girls always have to feel safe, but sexual assault persists as a result of status and control.

o In 2015, every hour 5 people have been victims of sexual violence, according to the Fórum Brasileiro de Segurança Pública.
o Around 45,460 of cases have been denounced to the police the same year, which represents about 1 victim out of 4 filing a complaint. (FBSP)
o 85% of women say they fear beong a victim of sexual violence. (Instituto de Pesquisa Economica Aplicada)
o And yet, 65% of the population (male and female) believe that if raping a person, it is because of how they dressed that makes it justified for being raped , and 58,5% of people think women are basically the ones that are responsible when they are raped (IPEA).

One will see that the issue of violence against women and girls is so deeply rooted in the Brazilian community too that legislative motions to evade such abuse are indeed difficult to develop. Even though throughout her presidential term, Rousseff spoke out to better protect the abused, there is indeed a ton of room for improvement in the society. Violence against women, that also illustrates the justification that the victim is punished with the blame rather than the person who truly directly affected them, remains happening, making it almost impossible even for the abused to come forward. 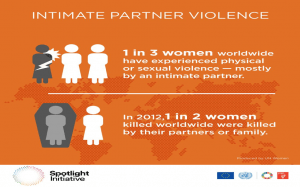 HERE ARE A FEW REPORTS THAT STOOD OUT IN TERMS OF DOMESTIC VIOLENCE IN BRAZIL:

o 22 July 2018, security cameras captured the horrific crime undertaken by Luís Felipe Manvailer, who LITERALLY ATTACKED his wife to death in an elevator and he still had the time to even clean her blood and to top it off he fled the scene. This clip, which was then revealed to public, and became very popular to the extent that years later even after being removed it was back again, thus making brazil really take women’s rights more seriously especially GENDER BASED VIOLENCE.
o In 2017, one in three women in Brazil had gone to the police and reported victims of abuse which and it also seemed that majority of these people were being abused by their spouses Brazil is really having trouble in terms of them enforcing the law ,regardless of how strong it is .

o With one of the world’s highest femicide figures and with victims that that are underage of about 70% , these findings are indeed, extremely alarming for literally the younglings and all females at this point

Funny thing is just because is now only starting to really be of topic on social media, only now do people in Brazil , feel less threatened to really speak about their abuse, as much as this is progress it won’t end until there is some form of action that is being taken or something that is being done.

Racism
As you know, racism is not only about women in particular. Yet Brazil’s situation is somewhat different. Nevertheless, it is America’s first nation to abolish slavery in 1888, and racial disparities still exist today

As a result, the probability of violent death for black women has been found by UNESCO to be twice higher than for white women. The threat is 8,11 times higher in Rio Grande do Norte. Last year, Marielle Franco, a Brazilian black activist, was killed on 14 March 2018.

So, the question is : were Brazilians born racist and sexist as compared to everywhere else in the world? No, But in a religious and male dominated society they are changing, that also impacts men to behave as aggressive beings. Women and black people are thus easy preys for some of them to fill their lust for power, especially to those who are less respected by society than the oppressors. Sadly, Brazil is a perfect example of sexism’s intersectionality. Without any astonishment, there really is no assistance from President Bolsonaro as well as the religious authority of the country. 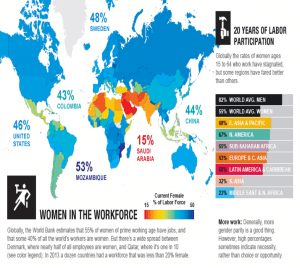 Workplace discrimination
Brazil forbids sex discrimination in the workplace, however problems remain, such as the pay gap, and whether future employers may inquire regarding the current marriage status of a female before recruiting her. Another interesting observation: women can undertake more or less the same work as men (even jobs that have been deemed daunting or harmful), with the exception of physical work such as lifting of heavy objects. The Consolidation of Labor Laws forbids the recruitment of females for work that requires muscle power exceeding 20 kg for intensive work or 25 kg for freelance work…So I personally find that ridiculous, as a women is literally able to the carry or lift more especially being a mother, I mean how much do they think a child weighs? More especially a toddler?

Ask yourself this.
1) Why is it one only cares about female rights or any form of abuse to a women, ONLY when it pertains to someone they know or only once they have experienced it? why does t only matter then?…and are you basically saying that issues only matter when they happen to you?
2) What are YOU doing to help women in your community or to make a difference?
3) What are the wonderful contributions of women globally? Any one you want to recount? 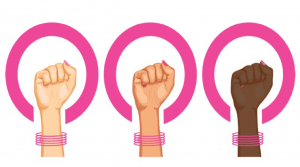