Throughout the last couple of decades China went through tremendous growth which is owed by the increase of its population. In 1949, 90 percent of china’s population lived in rural areas nowadays 60.3% of the whole population lives in urban areas. Of the largest 100-cities in the world 25 cities can be located in China. What has this tremendous growth brought China? Is China doing it right? It seems that urbanization and economic development go hand in hand. But how much is it worth to China? One thing can be sure, a big achievement for a developing country such as China is avoiding slums

First of all, China is promoting urbanization further as a crucial element which will keep the country growing economically. Leaders are convinced that urbanization is the engine which fuels the economy. Therefore, they encourage rural residents to migrate to the cities. However, the cities
like Beijing, Shanghai and Guangzhou are already mega cities, with coming consequences of the urban sprawl seem to worsen overbuilding and pollution in the mega cities. Something what china is doing differently than others, is that they encourage the population to migrate to second tier cities. China has managed to channel migration from rural areas to small or medium sized cities to avoid other cities to grow even bigger. The greatest success with regard to urbanization is to contain the process in which there are crowded living conditions but very few slums. For a developing country this can be seen as an important achievement. How is the Chinese government doing this? And is at the cost of the population?

The Chinese government realized that when they allowed the Chinese population to move freely it would risk the emerging of slums and shanty towns. In fact, the prevention of the emerging of slums, can all be redirected to a system which China brought to life which is called the hukou strategy also called household registration system. With this system it registers identifying  information such as and the area you live in. With this system it is also possible to receive social benefits, once they will leave their homes they will lose out on these benefits. This prevents the rural population to move to mega cities since they will need permission for an urban Hukou in that particular city. It can be extremely difficult to change from a rural hukou to a more attractive hukou such as an urban hukou, if not impossible. Furthermore, migrant children who live in the cities are required to take their college entrance exams in their villages, where their parents are registered, because of the hukou system. These children have to leave their homes and families to even create the chance of receiving high school education. In addition, the cities high schools require for migrant children to have a higher score to be accepted to the school than those who have a hukou in the city. This seems to be very discriminating; China should reform its policies to a
more inclusive system.

It can be extremely difficult to change from a rural hukou to a more attractive hukou such as an urban hukou, if not impossible.

In this way the system establishes inequality and enhances government control over the Chinese population. In China’s biggest cities about 40 percent of the population lives their unofficially, meaning they do not have the cities Hukou thus no social benefits. This system helps to control and channel migration from rural areas to urban areas. However, shouldn’t people be free to make their own choice on where to live and not be discriminated because of it. Or can it be stated that China prioritizes economic growth over its population and maybe even the environment? 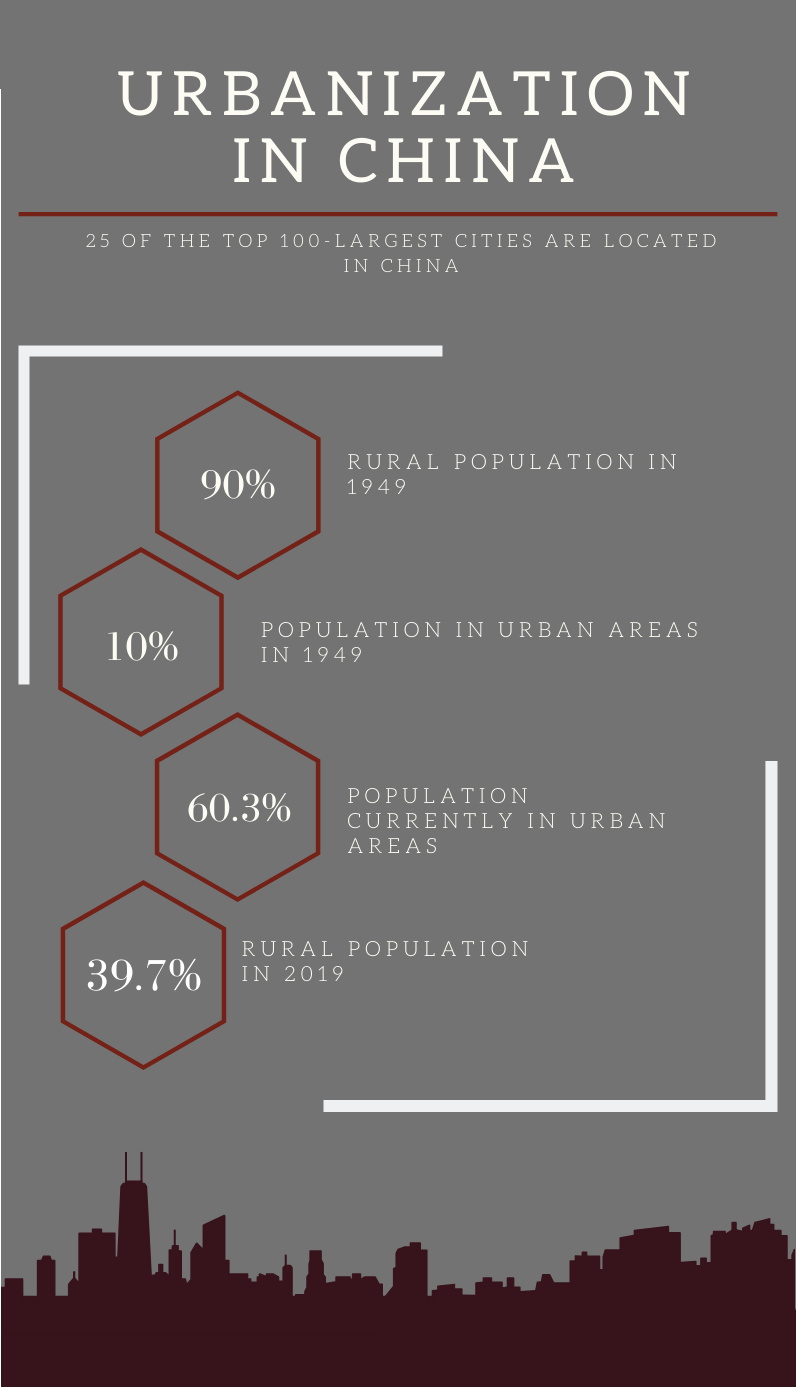 China has been traditionally an agricultural economy, in which 90% of the population were farmers in rural areas, and only 10% living in urban areas. After 1987 there was a high demand for labor for economic development, at this point the labor force started to flow from the rural areas to the urban areas. To maintain a high economic development a large labor force was needed in the industrial sector to which China transformed. It can be stated that China is thriving on an economy of scale since economies of scale produce productivity of scale, when more is produced more can be brought to the market.

With more than 1.3 billion people it has been able to maintain a growth rate of 10% since the middle of the ’90’s. However, this growth rate is now facing its challenges which all has to do with the high amount of population which created the economic development and urbanization. The growth of the population has stagnated with regards to the economic growth. The working population is slowing sharply and is near its peak, it is estimated that in 2042 the working population to elderly ratio will look similar like the one of Europe. This is all due to the one-child policy which was introduced in 1973 which caused birth rates to slow drastically and this rate is too low to keep the population in balance with the economic growth China is experiencing. To maintain economic growth China needs urbanization, as a result it is one of the prominent elements of China’s growth strategy.

It can be said that it is a tool for social and geographic control that forces some sort of an apartheid structure which denies farmers or the rural population the rights and benefits which urban residents do enjoy.

Another issue which Chinese cities are dealing with is the environmental problems due to urbanization. The growing urban population has come with a rise in industrial activities, to also fuel the economy, activities such as power generation, transportation, infrastructure construction, and waste disposal have all led to pollution to the air and water as well as contaminating the land. The most severe pollution in China especially in its cities is the air pollution, most cities have experienced critical smog in the most recent years, up to a point were schools and companies had to pause activities because of the conditions. Even though China already has strict environmental laws, regulations and standards it just does not seem to do enough. There are still very dangerous particles which pollute the air, which are very hazardous for humans. 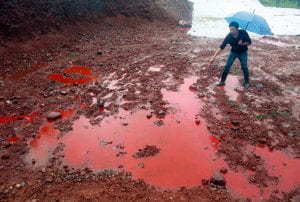 Is the urbanization worth it when environmental issues form such big problems that the health the population is at stake? China might have avoided slums, urban poverty, and unemployment. However, at what stake? At the stake of the environment, discrimination and control over the population. While economic growth is stagnating, and the population cannot keep up with the labor demand. It might be time to take a critical look at China’s strategy with regard to economic development and urbanization since these go hand in hand.