72% of the states government of Russia consists of women, 77% of the women in Russia in the working age are employed and even the total population of Russia consist for 53,7% out of women. (https://www.borgenmagazine.com/womens-empowerment-in-russia/)

However, domestic violence, sexual harassment and discrimination against women and sexual minorities is still an everyday business.

A women in the Soviet Union

The high numbers of participants in the working society of women in Russia can be explained by looking back in the time of the Soviet Union. In the Soviet Union, women were expected to participate in the work field as a communist society does not make a distinguish in this. The communist society led In 1918 to a law which was established to try to weaken a marriage and the family to create a unified society focused on the country instead of the family. With this law also came the right for either the man or woman in a married couple to pursue divorce and win. At the same time the roles of women in the workforce and to some extent politics were very similar to those of men. (https://blogs.bu.edu/guidedhistory/moderneurope/molly-wolanski/) Women had equality in jobs given to them in principle. Next to having work to support the society, women were expected to take care of the household and the chores coming with it. This led to a great pressure on the Russian women, which increased during World War 2. During that time, women had to pick up the more tougher jobs of the men who were fighting in the war. As it was de case all over Europe.

The problem of nowadays Russia

Nowadays, 14.000 Russian women die annually from injuries related by domestic violence. According to ANNA, one in four Russian families and one in five women face domestic violence, only 3% of these cases make it to court.

However in Russia, no laws on protecting victims of domestic violence exist. There is even a law that decriminalised some forms of domestic violence for first-time offenders. A recent example of extensive domestic abuse in 2018, where the Russian court is heavily criticized and a case which shows the necessity of law that need to protect victims from domestic abuse. This case is about the Khachaturyan sisters. These three sisters, now at the age of 18,19 and 20 years old, murdered their father on the 27th of July. After calling the police, the investigation uncovered an extensive history of violence. Evidence showed an extensive stockpile of guns, knives and rifles in possession of the father. The girls were repeatedly sexual abused and beaten by their father, which led them to their action. Neighbours and the mother of the girls informed the police numerous times, however no one of the reports caused a reaction of the cops. According to the prosecutor, the extraordinary violent circumstances are acknowledged, but insists on a trial for murder. This prosecution could be resulting in a twenty year jail sentence. Is it fair to convict three young ladies for a crime they did commit, although the circumstances are ordinary? (https://www.independent.co.uk/news/world/europe/khachaturyan-murder-russia-father-sisters-teenager-domestic-violence-a8989546.html)

Another event of 2018, was the murder of Tatyana Strakhova. A 19-year old girl murdered by her roommate and former boyfriend of the same age. After the murder, he raped the body and killed himself. Before he committed suicide, he confessed in a letter which he published on one of Russia’s most popular social networking site, VKontake. In this letter, he wrote that he was driven by jealousy. After a while, commentators across Russia started to blame Tatyana for the murder committed on her. Some commenters even suggested that the boy, Artyom, was the victim and provoked by Tatyana in to murdering her. These comments were a result on published photographs of Tatyana, with cigarettes and alcohol in her underwear. (https://foreignpolicy.com/2018/11/15/in-russia-feminist-memes-buy-jail-time-but-domestic-abuse-doesnt/)

Influence of the Orthodox Church

Domestic violence in Russia is still seen as a family matter and courts, police and other service providers often tend to blame victims or accuse the women of “provoking” their abusers. This is underlined by the Orthodox Church. The Russian Orthodox Church’s Commission on the Family even opposed to the term “violence in the family” as it supposedly is a product of ideas of radical feminism aimed at victimising men. (https://www.equalitynow.org/russia_domestic_and_sexual_violence)

Vladimir Putin, the president of the Russian Federation, features himself as the defender of the traditional morality of Russia. This view derives in him opposing to homosexuality, being against divorce, supporting “the traditional family” and invoking with the Russian Orthodox Church. He started a conservative trend by involving the church increasingly in Russian politics. As a result the influence of the Russian Orthodox church expanded on the Russian society as well. This trend caused a restore of the “standard” Russian stereotypes of male power and the authority over women that are deeply rooted in the culture. (https://www.hrw.org/sites/default/files/report_pdf/russia1018_web3.pdf)

Pussy Riot is probably the most known feminist activist group of Russia. The group started in 2011 with Nadezhda Tolokonnikova, Maria Alekhina en Ekaterina Samutsevich. In February of 2012 the group performed a protest song in the Cathedral of Moscow. In the song, the called to Maria to become a feminist and criticized the strong bond of Putin and the Russian-Orthodox Church. This performance was one of many 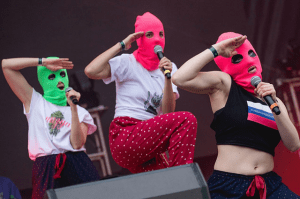 protests “guerrilla performances” against Putin and the elections in Russia. According to Amnesty International (https://www.theguardian.com/music/2012/apr/05/amnesty-vladimir-putin-pussy-riot), the detention based on serious criminal charges are not justified as the protest was peaceful and although considered by many as offensive, an expression of their beliefs. In the end, two members of Pussy Riot were imprisoned for two years in different detention camps.

Women empowerment has only just started, because a safe place to live is one of the basic needs of a human according to Maslow’s Hierarchy of Needs. So although women are participating in a significant part of the working business, the basic needs are not fulfilled yet.

The former Soviet Union had in my opinion an extensive effect on the role of women in Russia, especially in the business area. As in communist times every person who could work, is needed, without distinguishing men and women. Most of the laws established in that time were made to focus on the state instead of family.

In case of the Khachaturyan sisters, I personally belief that the extra-ordinary circumstances in the lives of the girls 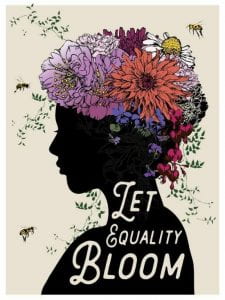 strongly are needed to take in consideration.

On the other hand, murdering someone while it is not self-defence is a huge violation of the law. So, after having some internal conflict with myself, in my opinion the girls should be   convicted, but as they are already in custody for some time waiting on their process. The sentence should not be longer as they are already in preliminary imprisonment, so longer sentencing would not be necessary.

Could a women be partially guilty for inciting rape or abuse? No. In my opinion, no one is accountable to harm done to them by another human.

Separating the Russian Orthodox Church and the state would probably have a lot of positive effect on jurisdictional processes. I do not believe it would change the view and cultural views regarding women. It could be, if the change of reasoning starts in the community itself and will be enforced by the government.

Freedom of expression is a basic human right and the basis of a democracy. Without freedom of expression, it would not be able to criticize and improve society, especially for women based on the thoughts of the Russian Orthodox church in the case of Russia.