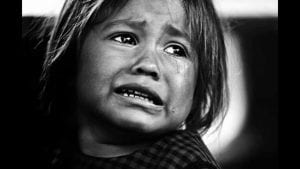 Have you every though about buying a baby boy or girl? Weird, right? I could not imagine it was even possible to buy a human being. This was until I saw a documentary about illegal child adoption in India. It showed a different and dark side of what should be a new opportunity for a child in terms of a better future. After entering ‘Illegal adoption India’ in the searching bar of Google, many stories popped up on my screen. Especially, the story of Kanon Sarkar from West Bengal, India was a real eye-opener.

The story of Kanon began in July 2014, with the birth of her baby girl named Onya. A few hours after giving birth, a doctor announced that baby Onya had medical problems and needed to be treated in a hospital. The next day, the baby was declared dead without a decent explanation and cause of dead. Two and a half year later, a local newspaper announced that a large baby-trafficking network was discovered in India. The family Sarkar read the article and recognized the name of the doctor who had delivered their baby girl Onya as one of the doctors who was arrested for this crime. The family realised their baby girl was not dead, but had been trafficked for adoption
(News Deeply Contributor, 2017). 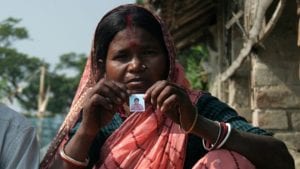 Figure 2: A mother who shows a picture of her lost child.

First of all, a child can be given up for illegal adoption by both parents. I imagine you thinking “what kind of ‘bad’ parents would do that? Selling their children to unknown couples in an illegal way?” But try to empathize how their life may look like without money, a house, a job and support. The money they will earn by selling their child may give them a new opportunity in life and the chance to pay their depts. Traffickers are convincing “easy targets”, such as poor families, to keep up with the demand of children on the illegal black-market and to make money out of it. Another ‘easy target’ for traffickers are single mothers, who are unwed or became pregnant after an unlawful affair. Those single mothers can often not provide their new-born with needed resources and therefore choose to sell their child in the fastest way, namely illegally. When a single mother decides not to sell her baby, the family will step in to prevent a shame on the family name by selling the new-born. However, it can also occur that the father or other close family member sell a child without the approval of the mother. Often in such cases, the mother did not even know about the adoption up until the point in which her child was gone. This happened to Sunama, mother of Akil and Sabila in Chennai India, in 1996 (Journeyman Pictures, 2016). Her husband sold their two children aged 2 and 3 to traffickers. Sunama did not know whether her children were dead or alive.

“I wept. I tried to hang myself, so I could die,” revealed Sunama”

In fact, Sunama’s children Akil and Sabila were trafficked, and sold to an orphanage, which was run by a charity. The children were adopted by a loving Austrian couple, the Rollings, which been told that the biological parents of Akil and Sabila abandoned them due to illness. After a few years in Australia, the Rollings found out that the orphanage where Akil and Sabila came from, was linked to a kidnapping scandal. They imminently became suspicious and took action into their own hands. After a long time of research, they found the biological mother of their two children and contacted her. They eventually told the truth to their children and arranged a trip with Akil and Sabila to India to reunite with their birth mother. As you can see, this story ended well. But sadly, not all incidents regarding illegal adoption do. About how many incidents are we talking? How many legal and illegal adoptions are taking place in India yearly? 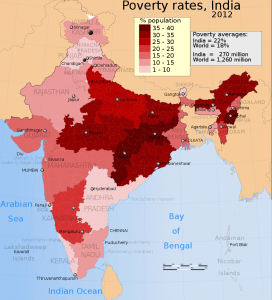 However, the government of India is taking actions against illegal adoptions by introducing a new database for adoptions. This database automatically matches prospective parents with children who are part of affiliated adoption agencies and orphanages. This makes the adoption procedure more transparent and will shorter the waiting time of legal adoptions, which will result in a decrease of demand of illegal adoptions (News Deeply Contributor, 2017). 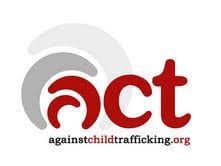 Let’s take action!                                   Tonight when you are lying in your warm and nice bed think once again about the children who are the victims of illegal adoptions. Think about baby Onya and her desperate parents. Luckily, we never have to experience or being scared that this will happen to our children and sibling (I hope). Sadly, as you know after read this blog, this is not the case for families and single mothers in India. Do you want to take action against this large and unknown industry? Show your support and go to India Against Child Trafficking and donate. By sharing this blog, related articles and our opinion, you start the discussion and the needed steps against illegal adoptions.