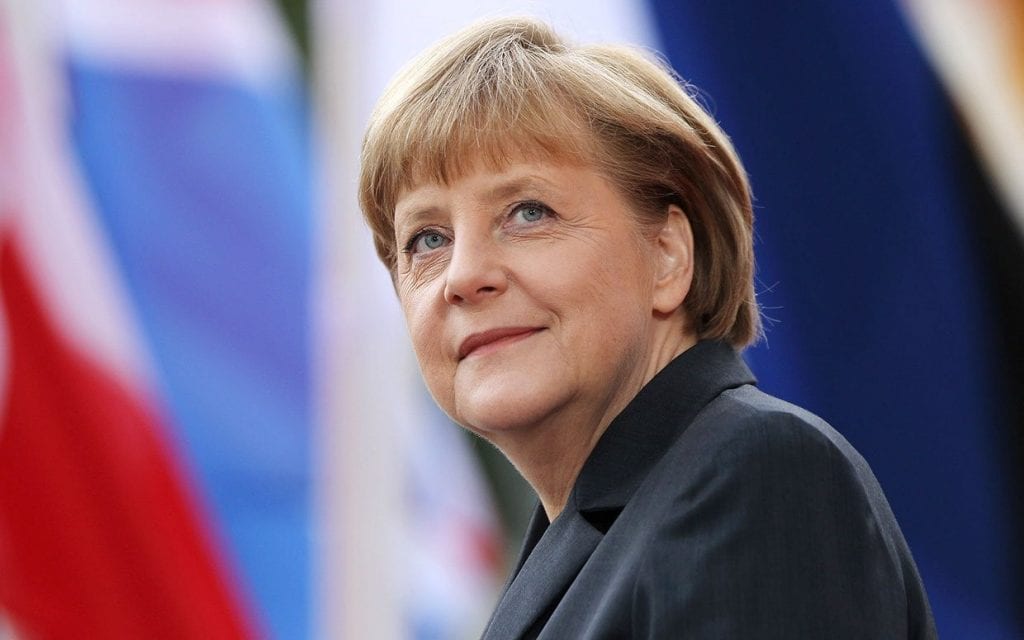 Picture 1: The Chancellor of Germany

On the 29th of October 2018 in reaction to the state elections in Hesse, Germany something unforeseeable and surprising happened. Angela Merkel, the German Chancellor and party president of the Christian Democratic Union (CDU) announced that she would not candidate for another term as head of her party, neither as Chancellor of Germany. She added that she would withdraw entirely from politics once her legislation period is over. She justified this as her taking responsibility for the declining votes to her party and recognizing that change is needed. The era Merkel seems to come to an end.

It is not only time to remind ourselves where she came from and how she rose to be the most powerful woman in the world, but also to look into what will stay, once she is not the head of Germany anymore.

Until becoming an active political figure, Angela Merkel’s background seems to be a rather simple and ordinary one. She was born in 1954 as a daughter to a pastor and therefore grew up with strong Christian beliefs and values. Only a few weeks after her birth, her family settled in former East Germany, where she lived until the unification of Germany. During her school years she was known to be academically gifted and keen to study, always having excellent results. Academically she had great success. She studied physics and later specialized in the field of quantum mechanics. During her studies she met her first husband Ulrich Merkel. They divorced after five years of marriage, but she kept his name. In 1990, she married Joachim Sauer, who also is a scientist, specifically, a quantum chemist. (Angela Merkel, die Bundeskanzlerin)

Nothing concerning this background may make someone believe that from the extraordinarily intelligent physicist one day will develop the most powerful female political figure of the 21st century. 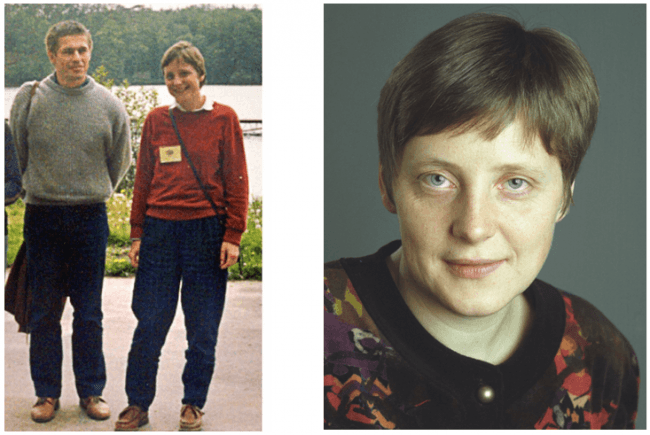 Her Rise in Politics

As unexpected as her political engagement started, as fast she rose to the top. In 1990, she became a member of the CDU which marked her entry into a political career. This happened shortly after Germany was united. Inside the party, she took-of incredibly fast. In her first year she succeeded to enter into the German ‘Bundestag’ (parliament) and was appointed as the minister for women and youth. In the following years she became minister of environment and CDU general secretary. In 2000 she was elected party leader of the CDU.

With her election as a Chancellor in 2005, Merkel prevailed against male dominance and caused worldwide sensation. Today she marks 13 years in office and is known to be one of the most powerful figures in international politics. It is important to mention here that in Germany one can be re-elected as chancellor an unlimited amount of time for a four-year period. Currently she is in her fourth legislation period and 2021 will mark the official end.

But who is this woman? And how did she manage to hold on to power for so long? 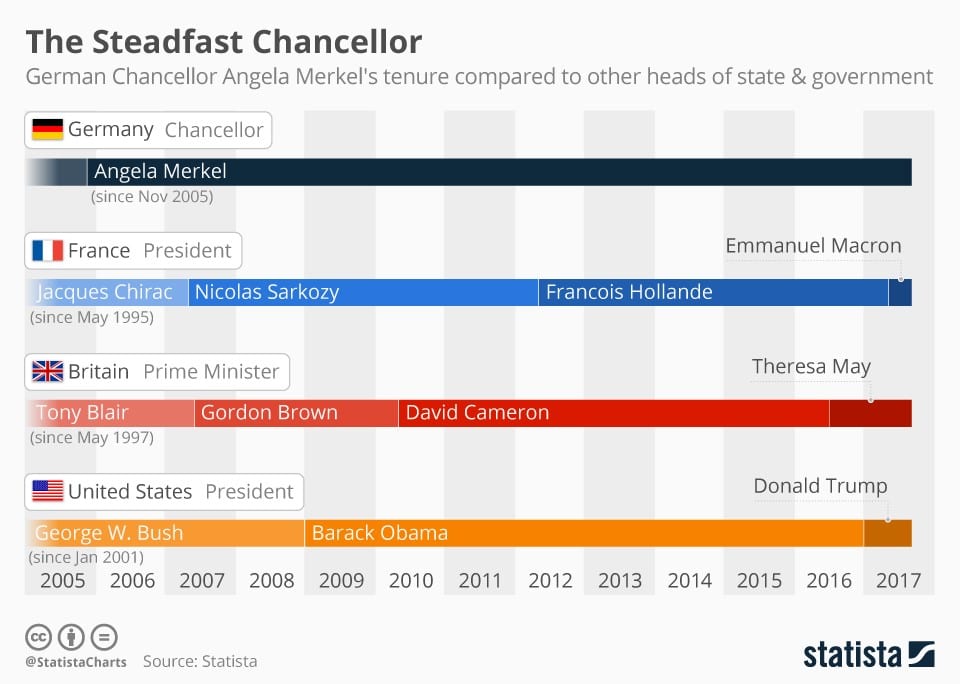 Figure 1: The German Chancellor vs. other politicians

The Woman Behind the Politician

Her curriculum is impressive. But what do we know of her personally, besides being this important political figure? The answer is: not much. Even though being such a significant character and under public attention at all times, she has an incredible way to keep her personal life private. There is known very little about her family and her husband. All of them are rather avoiding the public and do not give interviews.

Furthermore, nobody really knows the roots of her devotion and passion when it comes to politics and why she started in the first place.

Every person has something they burn for, they strive for. Especially as a politician you should stand for something. Until very recently no one knew what Angela Merkel was devoted to. In an interview with ZDF she said, for the first time ever:

‘All these years one of my biggest efforts has been the unity and cohesion of the European Union. I believe that especially after the war, we Germans had an inescapable duty to create Europe in something strong, solid, durable. The aim was to ensure wealth, peace and freedom. Towards a strong Europe is something I have always worked hard for.’

Her Greatest Strengths and Clearest Weaknesses

In my opinion, Merkel has nationally often been a quite underrated and underestimated political figure.

I conducted a research in looking into current opinions about her. I collected the most usual answers inside my friend’s circle, my classmates, and acquaintances as well as popular answers in the news and interviews of the last weeks. Even though I have only listed the top answers of 30 Germans in total, in my opinion this illustrates quite well the division inside the country concerning opinions towards Merkel. These remind me of the two sides of the same coin. What someone voted to be an absolute strength was for others an utter weakness.

Table 1: Two sides of a coin (click to enlarge)

I believe the table speaks for itself, but I feel like two points need to be added. First, I am convinced that whatever she does, she does out of a strong conviction. Her decisions are formed by values and beliefs acquired in her Christian upbringing. She was led by the need to do something good and lasting for her population and this has given her the nickname of ‘Mutti’ (mother) in Germany. Second, I believe she failed in a certain extent in not being able to convey her population that she has thought her way through in her decisions and has, in fact, incorporated different kinds of information and opinions in it.

Her leadership style could be described as a ‘Reality-Based-Doer’. Furthermore, as slow, full of compromises and little defeats but ready for change.

I think she is well-aware that she is a woman that had risen and remained on the top of a male-dominated leadership in this country, while keeping a high level of decency at all times.

With the United States not exercising usual leadership in support of multilateral agreements, Merkel’s support for this system remains crucial. She said, ‘Other than the United States of America, I truly believe in win-win situations when states are working together’. (Euronews, 2018) 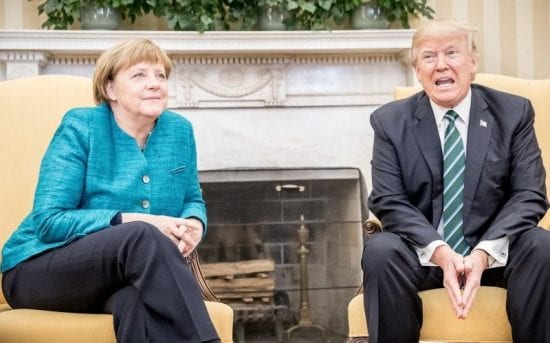 Legacy Under Her Chancellorship

I have been asking myself for quite a long time how Angela Merkel will be described in school history books in 100 years from now. It is time to look at what will stay, once she is gone.

First of all, of course, she will stand out for being the first German head of state ever and moreover, she leaves a government with almost half of the ministers being women. She leaves Germany as an economically strong and competitive country with an outstanding reputation in the international community. It is yet to be determined how the situation with the refugees will develop but under a positive lens she will be remembered as a person that showed extraordinary goodwill towards the asylum seeking, opening the country’s doors to people fleeing from war while others rushed to close it. Even under severest national and international criticism she did not bend down and defended her reasons of doing this. She often said ‘I will not ask for forgiveness for welcoming people that fled from war with a friendly face. Germany is a strong country, and we can do this’. Some may even say she defended Europe’s honour by doing so. Others, like Joyce Mushaben go even further and say:

‘Through Merkel’s action in helping those refugees a new guilt-free comfort of being German was established. That ease of emotional identification with a nation that is open, non-threatening as the first time after the world wars.’

Perhaps even more than in Germany, Europe is where Merkel will have the most impact and her greatest legacy.

She leaves after 18 years of party presidency and once the legislation period is over, after 16 years of being Chancellor. Even though the CDU suffered massive decline in votes this year, it should not overshadow the fact how well Germany is doing. How economically strong, with an unemployment rate of healthy 3,4%, free education and an excellent health care system, leading in clean energy and environmentally sustainable approaches. A Germany and Europe without Angela Merkel are currently difficult to imagine. However, she has not left yet. 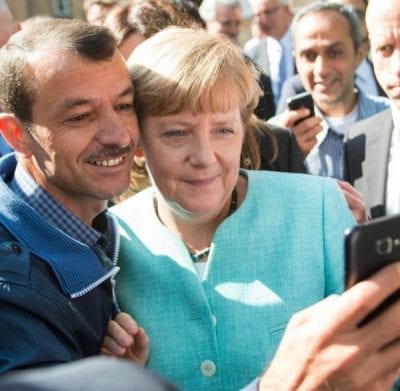 Picture 5: Syrian refugee taking a selfie with the Chancellor, 2015

What She Should Focus on Before She Leaves

As she will remain the Chancellor till the end of the legislation period there are still some points she should focus on before she leaves.

On a national as well as international level she needs to prove her famous tag line of ‘wir schaffen das’ (we can do it) by a working integration of refugees in Germany. She must come together with EU leaders to find effective ways to push Poland and Hungary to stay within the bounds of EU law and furthermore ensure that the Pro-EU voices remain louder and stronger than its counterpart. As Brexit is coming up in the following spring she must keep the EU unified. She still is a role model and solid rock in the European Union and other states often follow Germany’s lead. She should stay firm and supportive of essential agreements such as the Paris Climate Agreement. And finally, she must support her party in finding a successor with credibility and experience for the sake of Germany, but also for the world. (Atlantic Council, 2018)

An appropriate way to say goodbye to Mrs. Merkel would be one that is led by gratitude. She has done many extraordinary things for Germany. She worked quietly and diligent. Respect was given to her without her ever needing to openly call for it nor demand it, unlike other politicians. While she leaves, slowly and dignified, you cannot help but feel a bit of melancholy. We should wish her well. 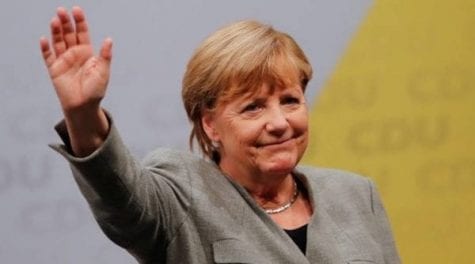 What is your personal opinion and the general opinion within your country of Angela Merkel? How was your reaction once you learned she is ending her party presidency and chancellorship?

Would you like to learn more about the most powerful woman in the world? This is the trailer to the first movie ever produced with the aim of getting to know a more personal side and insight into the Chancellors private life which remains a mystery for many.