Germany. What are the first words a foreigner would name while describing this country and its people? Berlin; a world leader country; punctuality and organizational skill; good soccer players; Currywurst and a huge variety of beer. Germany represents a modern country. Economically strong and highly competitive. Even though its people often seem a bit distant, high performance driven and too organized at first, these are attributes many appreciate the most at the end of the day – especially business partners.

This great picture of a country may become interrupted by mentioning another, major, person or fact: Hitler. Nazis. Holocaust.

Even though this may be a historical event that took place over 70 years ago, it will always remain a dark mark in German history and reputation.

The Nazi regime murdered over 5 million European Jews solely on the basis of their religious affiliation. In their opinion, they were unworthy life. The dark figure of unrecorded cases remains high.

Germany swore to itself after 1945:

What Happened to This Promise?

In early 2013, a new party came into existence; its name: ‘Alternative für Deutschland’, in short: AFD. Their first and main objective was Germany’s withdrawal from the Euro – back to a national currency.

Initially, they had some people agreeing with their ideas. However, after the first elections and their poor results, many believed they were soon to be forgotten.

As the refugee crisis broke out in 2014/2015 and the German government led by Angela Merkel decided to keep the boarders of the country open, welcoming the asylum seeking – the AFD was reborn. This decision changed German politics, the tone in the society and divided the nation.

Some people thought of Merkel’s decision as a humanitarian act, wanting to help and understanding of the refugee’s pain and longing for peace. Others, including the AFD, recognized this as a violation of national law, an endangerment to democracy and as an invasion of dangerous strangers.

Since most of the refugees coming to Germany were of Islamic faith, with different kind of values and culture, a kind of ‘fear of the Unknown’ developed in German society.

As reaction, the AFD launched their party programme with the slogan: ‘THE ISLAM DOES NOT BELONG TO GERMANY’ and subsequently increased their popularity drastically. 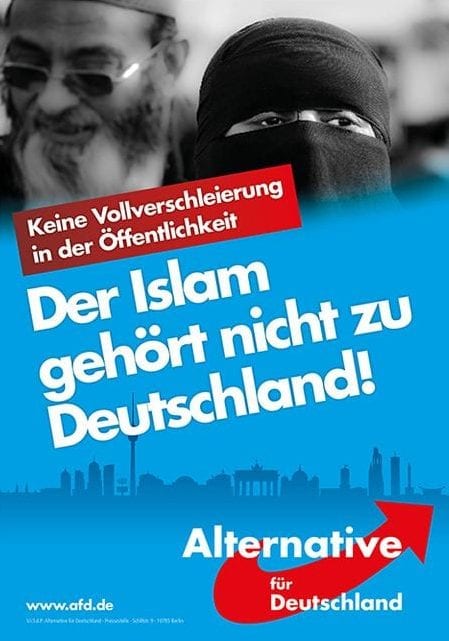 Election Poster ‘The Islam does not belong to Germany’, AFD

Not only have many parts of German society found a great form of validation inside the right-wing AFD, they especially drifted away from the established parties (such as CDU and SPD) and their governance. An increasing part did not feel taken seriously anymore, some even betrayed. (Welt, 2016)

In my opinion, the party presented itself as the ‘strict father of the nation’, finally taking care of its population’s problems.

An arch-conservative family image and the strict adherence to law, such as the AFD portrayed, seemed to be values many people were looking for and found great comfort in. It gave them some kind of stability and guidance in a country that was constantly changing.

The Other Face of Their Electorate

However, not all people who voted for them were convinced of the party and their representatives. Some even despised them and their radicalism.

A significant amount of people who voted AFD were truly frustrated and could not find any other way to ring alarm and send a wake-up call to the established parties.

Such as Alexandra Siegel, 34 years from Berlin. As the reporter asks her why she voted for AFD, she answers:

Honestly, I voted for the AFD, not out of conviction from the party, but just to send a signal to the top government. So they can rethink things a bit. (SPIEGELTV, 2017)

In many ways this is an anti-Merkel vote, reflecting opposition to her controversial ‘welcome-policy‘ towards refugees, which not only pushed some voters of mainstream parties to switch but also mobilised previous non-voters.

There were, of course, not only supporters of this development. A great amount of Germans was deeply shocked about this outcome and felt very uneasy at the thought of the party to the right of the CDU in parliament. For many citizens the AFD is a very serious, radical right-wing party, poisoning the society with their propaganda and indulgent of anti-Semitic people.

The AFD itself is ongoingly defending itself not to be an anti-Semitic party. This may be arguable, but the party truly is a place where anti-Semitic people feel comfortable. This assumption derives from non-existent reactions and actions towards members relativizing severe Nazi crimes.

The President of the Alternative for Germany (AfD), Alexander Gauland, relativized the period of National Socialism in Germany, triggering a massive outrage.

Hitler and the Nazis are just bird shit in more than 1000 years of successful German history.

That is what Gauland said at the AFD Youth Federal Congress on the 2nd of June of this year, in Thuringia. 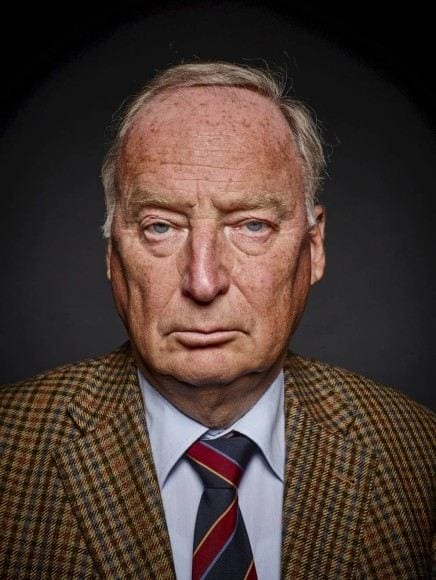 Alexander Gauland, President of the AFD

Comparing the terrible crimes of the Nazi reign and the murder of over five million people to ‘bird shit’- something so insignificant, is in my opinion extremely dangerous.

AFD social media networks such as Facebook and Twitter are full of hateful and inflammatory comments. In my opinion, they are harming the social climate and provide a stage for attacks, sometimes extending to much more than verbal attacks.

How Will It Continue with “Alternative für Deutschland”?

The following two outcomes seem the most represented within German society:

The second outcome seems the most plausible one, even though I believe it may take a few years for this to happen. Looking at voting statistics provided by DNN, it shows that only 34% of everyone who voted for the AFD, voted out of conviction. A stunning 60% voted ‘against all other parties’.

The relationship between the party and its voters seems weak, and is mostly defined by opposition to the conventional parties, rather than by support for the AFD itself.

Furthermore, the party itself seems remarkably controversial. It is easy to assume that they are forced to spend a great amount of time on solving internal issues among its ‘moderate’ and ‘extreme’ party members. Besides, the connections they have with other far right-wing parties are becoming increasingly clear, lastly evident at the Chemnitz riot this year in September. Members of AFD were fiercely demonstrating side by side with Pegida and Pro Chemnitz sympathizers. Many initial AFD voters may be frightened by this radical development. 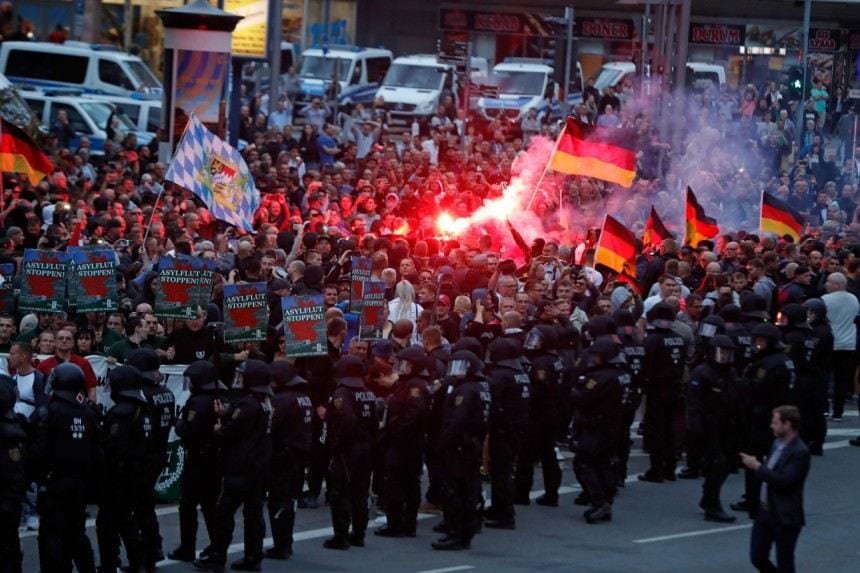 However, at this moment of time, the failure of the young party remains not foreseeable. Too firmly anchored seems the Alternative für Deutschland in the parliament, too loud as opposition.

Other European countries are experiencing similar developments. In France, right-wing candidate Marine Le Pen made it in to the second round of the presidential election, the Netherlands and Austria experienced an increase in votes and seats for radical- right parties too.

Even though I was endlessly terrified once I learned the AFD had joined parliament, I now believe it was a necessary wake-up call. The established parties such as SPD and CDU need to make a change in their current governance. They urgently need to find a way to create an open dialogue with their citizens as well as taking a step towards them. A working democracy is all about inclusion. Listening to the people’s fears. Concerns. Remarks. The government is appearing too distant and deadlocked. Merkel has become weak in the eyes of many, the big coalition seems too fragmented; not united. What people need in these times of uncertainty are strong leadership and unity – promoted through their government.

The human dignity can never, under any circumstance, be questioned. Nor, can hate be the foundation for any possible positive future development. Radicalisation and classifying humans whether they are worthy or not have led to the severest atrocity in German history. It is time for Germany to comply with their promise. Never again war, never again fascism, never again xenophobia.

Mudde, C. (2017). What the stunning success of AFD means for Germany and Europe Retrieved from https://www.theguardian.com/commentisfree/2017/sep/24/germany-elections-afd-europe-immigration-merkel-radical-right