Have you ever had to experience holding back your urine for a whole day when you were outside? Have you been ridiculed or bullied by others because you had a crush on someone? Have you felt drained to pretend to be unreal just because of avoiding judging? Would you like to have these feelings?

Would you like to have to lie to your parents who you really love?

No! However, there is a community of people that are suffering by these feelings every day and even worse difficulties. I am talking about people from the LGBTQ. 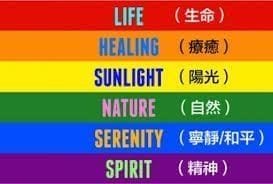 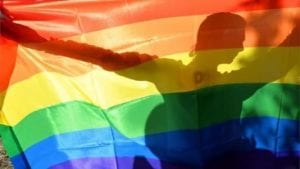 LGBTQ isn’t a myth, it should be a fairy tale

For some people, this may be the first time hearing about this initialism, but it is not a new word an all. The initialism was born in the 1990s, the interpretation of these characters comes from instinctive human nature. Let’s start with the brief explanation of LGBTQ. Basically, there are different sexual orientations or gender identities, this means that someone is attracted to someone other than the opposite sex or that they do not feel like the gender they were born as.

However, LGBTQ entails so much more than only these five letter and it includes many more, for example, fights for equal human rights, discrimination, equality, moral and so on. Sadly enough, there are still a lot of countries that are against the LGBTQ community, such as China.

There is no accurate number of LGBT population in China so far, but it is established that around 5% of the 1.3 billion people in China is part of the LGBTQ community. This is around 70 million people. 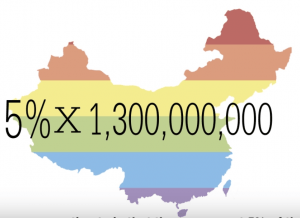 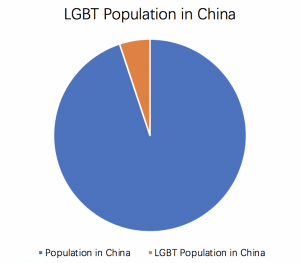 If we mention LGBTQ in China, there is still an abundance people that will divide it into an unreasonable, destructive and derogatory term. Most of the time, when LGBTQ people come out of the closet, some of them have received thousands of critical and evil opinions and eyes from others. Particularly, this community can’t be accepted by the older generation in China. 99 percent of them still think in a hidebound way. Most of the LGBTQ people in China are defeated by those prejudices and bias.

The social rules and standards from the traditional and conservative way of thinking make LGBTQ seem like a label of sin, they are pushed into a social-vulnerable group. Public gives cruel, inhumane and unequal treatments to the community in term of working, living and different aspects. They need to pay additional efforts in order to get enough respect in the society.  Seriously, their career life could be influenced due to their LGBTQ identity. Some companies even directly refused to hire the people from this community.

Link(academic research of being LGBTQ in China)

The people in this community don’t even have an opportunity to express their minds and stand up for themselves. For example, one of the biggest social media platforms banned gay content on April 16, 2018, in China, Fortunately, this act was crackdown after the protest from 10s of thousands of users.  Link (the banning news)

China is the second- largest economic country, but there is no specific positive law to protect people that have other sexualities than heterosexual or different genders than the standard male or female. Luckily, with the progress of times, there are still a lot of LGBTQ people stand out for themselves, and the numbers are continuously increasing. According to research from Frances S. Hanna， Portland State University, which point out‘ Shanghai is a Fast Paced City: An Exploration into the Rapid Growth of Queer and Trans Communities in Shanghai, China click the link and you will see an article that shows there are more LGBTQ social activities are held in Shanghai, China.

However, members of the LGBTQ community are still being restricted by their traditional family cultures, which means that most of them aren’t accepted by their parents. According to China’s social attitudes, most of the parents wish their children to be able to marry under 30 years old, also giving new births to the family.

In China, children would be considered as unfilial, if they violate their parents’ wishes. In order to please their parents，there is a new form of marriage that appeared called ‘Xing Hun’, which is ‘cooperative marriage’. The process of ‘Xing Hun’ is that a gay man gets married to a lesbian woman in order to finish the duty of their parents. Link(Details about ‘Xing Hun’) 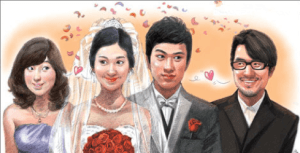 What is the real meaning of happiness?

Every parent wants their children to have a happy life, but if they can’t even choose who they love, how can they be happy?

Loving is an instinct ability and reaction of people. Everyone should have their own right to choose who they want to love. If you really love your children, you should give them the freedom of choosing.

I have to say, I am so proud of some parents in China. Because they are brave and tough enough, even though they are under huge pressure from society, but they still overcame the traditional thinking. They are supporting their children who are part of the LGBTQ community. However, they are rejected and elbowed out by the other parents. There is a Marriage Market takeover in Shanghai. Parents take the information about their children and help their children to seek marriage partners. The LGBTQ parents took the rainbow flags and looked for partners of their children, but they were expelled by others.

Based on the paper from Catherine Taylor and Tracey Peter, they mentioned ‘We are not aliens, we are people, and we have right’. This discourse is about the Canadian Human Right and for LGBTQ students in High School.

Please think about that, which parent wants to see that their children have no idea how to choose the toilet between two genders? Which parent allows the others bullying their own children?

And do you want your grandchildren to be born into a cheating family?

It is a big step and really difficult to ask the majority of people to accept LGBTQ people, especially for the older generation. However, after you finish reading this article, please tell one more person, about the LGBTQ community and they want to love and be loved in their own LA LA Land as well, same as everyone.

And below are organizations in China that support the LGBTQ communities