” Awakening on a Friday Morning, June 20, 1913, the South African native found himself, not actually a slave, but a Pariah in the land of his birth”- Sol Plaatjie 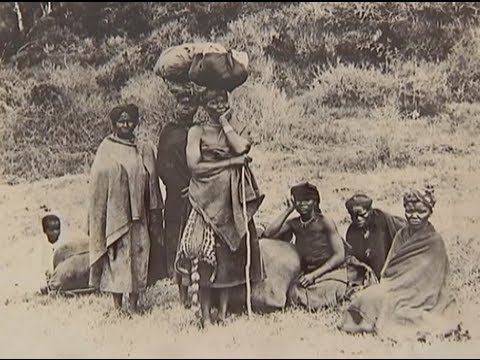 These are the haunting words of one of the Founding members of the South African Native National Congress, later the African National Congress (ANC) and First Secretary General of the organization that would, following the fall of Apartheid, become South Africa’s first democratically elected party. The dispossession of land by black South Africans began on the fateful day of the landing of Jan van Riebeek in the Cape of Good Hope. Land was first stolen from the Khoikhoi and later the San people to increase Dutch grazing pastures, acquire more farming land forcefully, and to establish settlements.

The systematic dispossession of land continued for at least 200 years, even prior to the 1913 Native Lands Act, which Plaatjie decries. Black South Africans were being systematically dispossessed of their land but the 1913 Native Land Act was a nail in the coffin in ensuring ” legal mechanisms” were used following the formation of the Union of South Africa in 1910. Therefore it is important that whenever a conversation is had regarding Land Redistribution in South Africa, the Native Land Act of 1913 and its tenets must be revisited as a point of reference.

For to crown all her calamities, South Africa has by law ceased to be the home of any of her native children whose skins are dyed with a hue that does not conform to the regulation hue

The Native Land Act would not allow Black South Africans to own or even rent land outside of designated areas.

Although this Act incorporated the entire new Union of South Africa, such laws were already in place in one of the former Boer Republics, namely the Free State since 1876.

Consequences of the Natives Land Act

According to a conference paper presented at the University of South Africa by Modise and Mshiselwa, before the Native Land Act of 1913, and the dispossession of land owned by black Africans, black Africans hardly experienced poverty. Prior to the Act it is evident that black South Africans had access to land, about 5 million acres of land owned by the colonialist and enterprises was occupied by black South Africans and they were allowed to rent the land.

Before to 1880, as a result of dispossession by colonial expansion, black Africans did not own a lot of land but later in 1880, Africans began purchasing more land, and acres of land owned by black South Africans grew rapidly from 6000-8000 acres to 238,473 acres of land in Natal by 1905.

Based on this research by Maylam one can conclude that black South Africans owned and utilized land effectively for their welfare as well as for their economic stability before the Native Land Act came into force. 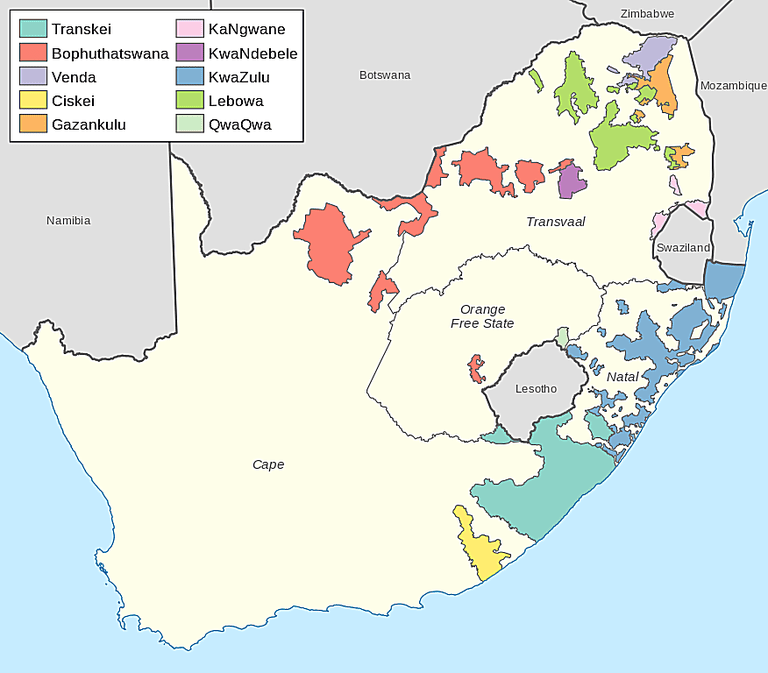 Map showing the Bantustans ( Black areas reserves) in South Africa at the end of the apartheid period, before they were reincorporated into South Africa proper Source Directorate: Public State Land Support via Africa Open Data

Further evidence presented in the Conference Paper points out that Nguni Tribes ( Xhosa, Zulu, etc) used their land for economic well being and very few experienced poverty, following the failure of white farming in the Natal Colony this meant that considerable opportunities were open for black South Africans to produce and trade, African grown maize was exported to Cape Town in large quantities and Africans were trading wool on the market.

This caused great concern among white farmers as there was a shortage of labor and the “independence” of Africans living among them. In light of this evidence from researchers that black South Africans were economically sufficient, independent and industrial, one begs to then ask the question, what engineered the poverty of black South Africans, in light of their historical land possession and wealth?

The Impact of Land Dispossession on Poverty

In his book, titled A quest for Ubulungisa Justice in the distribution of land in South Africa, Makula argues that in the process of land dispossession, black Africans lost their source of income and food security through the various laws which had already been in place before the Natives Land Act of 1913, this resulted in a more structured and legalized framework to ensure that black South Africans are dispossessed of their land and the link between land dispossession of black South Africans cannot be ignored, and that is why land distribution without compensation is imperative as the patterns of ownership have largely been left unchanged following the fall of Apartheid 23 years ago.

So who owns the land? 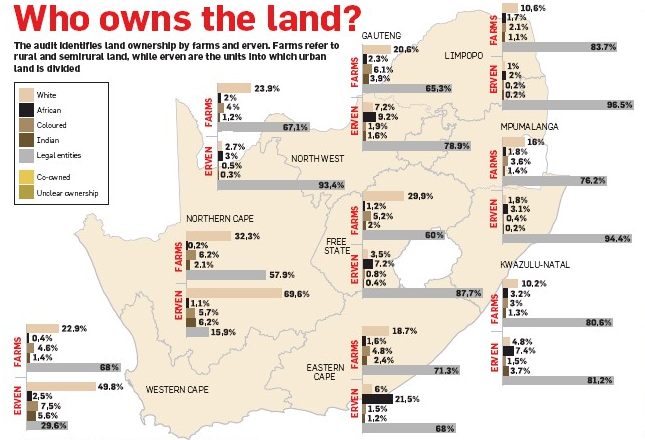 This report bolstered the ANC’s plans  to implement a resolution adopted at its December conference in 2017, which resolved to amend the constitution, and allow for expropriation without compensation. A landmark resolution. Reports from the conference point out that the issue caused great divisions at the conference, and it is reported that the policy position was adopted after furious debate. It became so heated that delegates nearly came to blows at the conference meant not only to decide the ruling parties policy direction for the next five years,but to elect a new leadership of the ruling ANC.

The land audit report proves the skewed land ownership patterns of South Africa, and in order to build a nation that has a sustainable relationship with each other, the discrepancy in land ownership must be addressed urgently.

The world is watching

A diplomatic spat recently erupted between South Africa and Australia over comments made by Australia’s Home Affairs Minister Peter Dutton, who said he was exploring ways to give white South African farmers access to fast track visas on “humanitarian grounds”. He said this is due to the “persecution” of white farmers in South Africa and said that they needed help from a civilized country.

This sparked a diplomatic row between the two countries with Australia’s representative to South Africa being summoned to elaborate on the comments as the South African government found that they were unfounded. I find that these comments are part of the “White fear” that is being systematically sold to us and has culminated in leaders like Donald Trump taking power.

Eventually Australia’s foreign Affairs Minister had to retract the statement and also reconsider the countries policy on prioritizing white South African farmers for immigration to the country.

This is not surprising from a country which had a ” White Australia Policy”. The policy was designed to exclude people from Asia( especially China), and the Pacific Islands from immigrating to Australia. As we would say in South Africa, Australia and Apartheid South Africa ” Same Whatsapp group”!

Its also not a coincidence that a majority of South Africans migrated to Australia after the fall of Apartheid, Australia fits their narrative of creating a white South Africa.

Dutton’s comments were made following a resolution tabled by a democratically elected parliament, in a sovereign country to explore the  possibility of how to go about expropriating land without compensation.

South Africans are committed in maintaining  the rule of law

There is fear that the recent pronouncements on expropriation of land without compensation would undermine the rule of law, just as there were land grabs, violence and murder in Zimbabwe. I would like to dispel that myth, South Africans, after 1994 build resilient institutions, such as parliament, an independent judiciary that has made unfavorable judgements against powerful political figures. Law enforcement agencies such as the police, and the elite crime fighting agency, The Directorate of Special Investigations ( The Hawks) are fully functional.

The land expropriation proposal does not mean the rule of law will be undermined, it will be done within the confines of the constitution and as President Cyril Ramaphosa recently told parliament, “We will not allow land grabs. We will not allow land invasion-because it is illegal. It begins to violate the rights of other South Africans”.

This demonstrates that South Africa is committed to the rule of law and nothing like Zimbabwean style “land grabs” will be permitted. South Africa will once more prove that it can work within the law to advance transformation, restore dignity, and build a sustainable future for all South Africans. Those are the premises of the South African dream after all.

The Land Question debate has found firm footing on the world stage pic.twitter.com/LBAF0T9Pjv