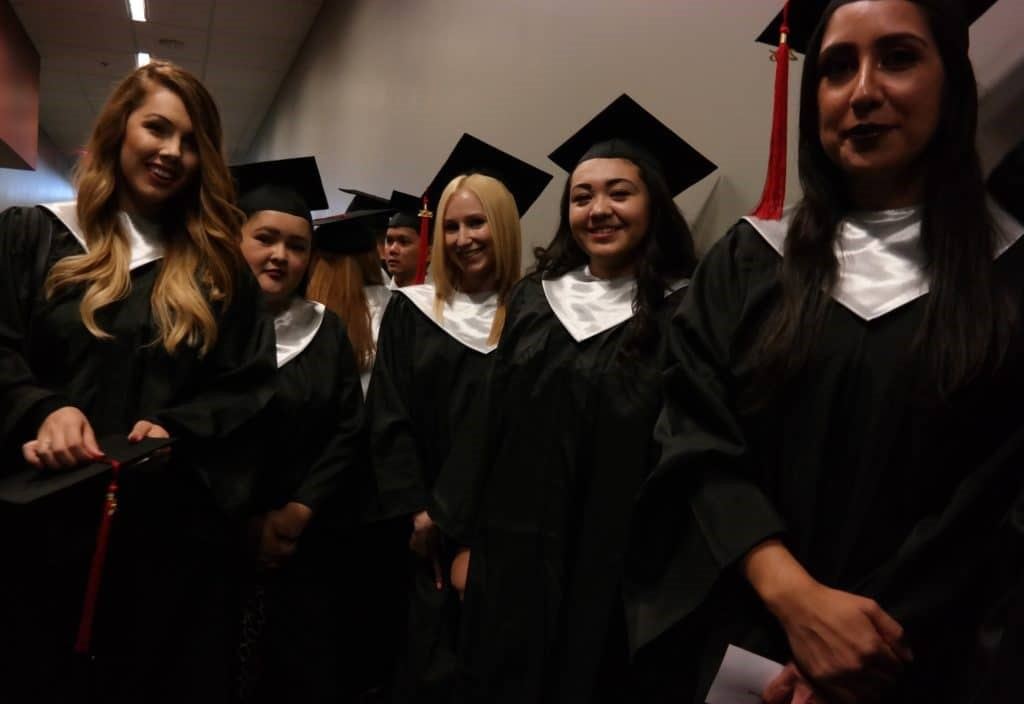 In a world that is fast becoming automated, where robots are fast taking over many functions of human beings, one wonders if there is still value in acquiring a higher education qualification. Increasing globalization and disruptive technologies have thrown into spotlight the value of acquiring a degree or post high school qualification. With this blog I will investigate the value of higher education and why it is even more important in today’s world of instant gratification.

Technology as a driver of skilled workers

Janet Yellen, former Federal Reserve Bank Chair of the US once remarked that in fact technology ensured that low skilled workers would be replaced by automation(robots), and that increasing globalization meant that jobs were education was not required to perform the work were in fact moving to poorer countries and less educated countries. Technology therefore is a driver and not a hinderance to getting a tertiary degree or diploma.

When one has a college degree, they are more likely to make more money than their peers without a degree. According to the United States Bureau of labor statistics, the average weekly income in 2014 for those with a high school qualification was $668, while those with a bachelor’s degree was $1,101.

Having a higher education gives you a higher chance of being employed, in the United States unemployment amongst graduates was only 3.5% which is considerably lower than those without a bachelor degree which is 6%. Even in a developing country the statistics are even more telling. In South Africa, Statistics South Africa reported in 2017 that unemployment amongst those who have an education level less that matric (High School leaving certificate for South Africa) was at a staggering 33.1% which is 5.4% higher than the national average. But amongst graduates it is 7.3%. Even in South Africa, where there is a general crisis of unemployment, graduate unemployment was found to be much lower and on par with that of European countries. 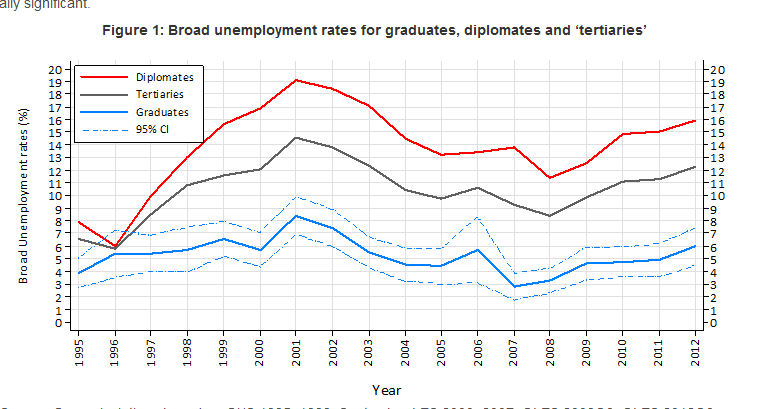 Another positive for having a degree is that graduates experience better job satisfaction as the prospect of losing your job is significantly lower. Graduates are more likely to be permanently employed then their counterparts. Most organizations are even willing to assist with employee’s tuition fees, as a graduate offers benefits for both the organization and the employee.

Jobs that require one to have a bachelor’s degree often have benefits and other perks. Over and above their salaries graduates often get other benefits such as healthcare and a retirement fund. Benefits like these are important for you and your family as they offer long-term benefits and stability especially having health insurance as it offers economic benefits that go beyond the salary.

5.You can become more attractive to employees

Because earning a degree requires the ability to critically think, you will become more attractive to prospective employees. You will also have the skills to plan, prioritize and see a project from start to finish.

Attending a recognized higher education institution means that you will be able to get in touch with your fellow peers and alumina looking to fill open positions and achieve the same similar success in the same career.

7.You empower yourself and create a strong sense of self

When you have a bachelor’s degree, you find that you are more empowered to make better decisions, understand important contracts and better manage your personal and familial finances

In the United States and countries all over the world you have a much higher earning potential when you are a graduate. A college student earns much more then someone who doesn’t have a degree. Research has shown that graduates earn an average of $25000 more than non-graduates. And this gap is increasing  every year. The point is that having a degree increases the ability of finding work in the same field of your expertise, increasing your experience and your earning potential.

Most importantly you will be happier. There are several health benefits to having a degree! You are less likely to become depressed, your drive to go to the gym is higher and the likelihood of becoming obese or having children who are obese is considerably lower. Degree holders are also more likely to vote and tend to live on average, 9 more years then those who have not sought out higher education.

The benefits of having a college degree clearly point to a better standard of living, better health, more money to spend, living longer and a rewarding career in the long term. Having a degree is something worth going after especially today in the world of globalization where labor markets are fluid and there is stiff competition.

Overall the benefits of having a degree are still relevant today even when the world is changing. The myth that a degree is no longer important must be dispelled. Yes, there are many changes that are going on at a rapid pace but having a college degree is still beneficial to anyone who wants to better their lives and those of their families.

Appelbaum, B. (2016, December 19). Yellen Tells College Graduates That Value of a Degree is Rising. Retrieved from The New York Times: https://www.nytimes.com/2016/12/19/business/economy/yellen-tells-college-graduates-that-value-of-a-degree-is-rising.html

Learn.org. (2018). What is the Importance of Higher Education. Retrieved from http://www.econ3x3.org/article/how-high-graduate-unemployment-south-africa-much-needed-update