Cheesy as it is, but time flue by, excited to enlighten you with various views on the experience that I’ve made in the land of smiles, Thailand. It has been an amazing adventure as expected and the culture shock didn’t hit me as much as everyone was telling me. Within this second part of my blog, you will experience Thailand from a Dutch view but also hopefully get adapted to it from a Thai perspective.

A quick recap of my previous blog, I introduced you to the Dutch and Thai culture in my perspective and my expectations of the time which I will spend in Thailand as a student but also as one of the locals. Now, as many weeks are passed, and my departure is coming close, I can share with you the real experience of me in this country.

As expected, there were quite some aspects that differs from my daily life at home. The first thing one encounters as daily acquirements, food and bathroom. My expectations from the food here in Thailand were not very detailed but I expected to eat a lot of rise and that I would face some very spicy dishes, this was nothing less than the trued. Most of the days I have eaten rice and sometimes even twice a day, for lunch and dinner. With every dish I had to mention not too spicy, but one comes to notice that often this is still not enough. With every dish there are spices in there, I even had ones a tuna salad which I would never expect to be spicy, so I didn’t mention anything when I ordered it, but then I tasted it…

Another thing that I have noticed according to the Thai cuisine is that there isn’t a lot of meat choice available, one can choose most of the time for chicken, pork or fish. But overall, the dishes are delicious. My favourites are; Yellow Curry, Pad Thai and fried rice with shrimps. See the pictures bellow to understand why! 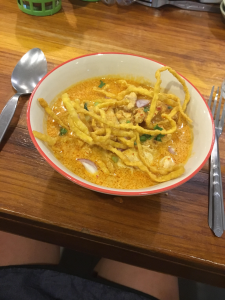 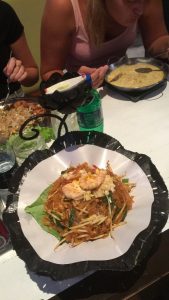 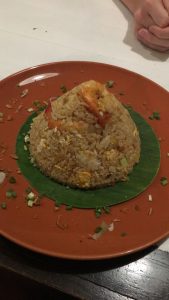 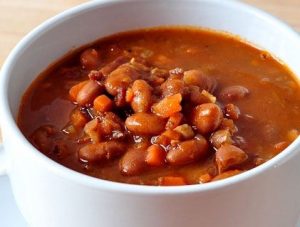 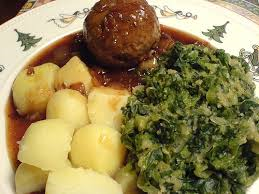 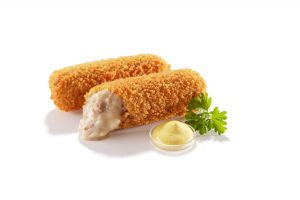 Then after you have had these amazing dishes, at some point you will have to go to the bathroom. It doesn’t seem as a big problem because it is being used daily right? But in Thailand it goes a bit differently than I’ve been used to at home. The water circulation in the toilets is not as strong which when one flashes paper in it, I may happen that it will get stuck. Therefore, there are bins provided to throw your paper in or a bum gun… the word explains itself I guess. I got quickly used to it, but it still feels weird to throw your toilet paper in a bin, it feels nasty. I have never tried the bum gun by the way. In the Netherlands one can just throw their toilet paper in the toilet as the flush can handle it.

Besides that there is another aspect which one faces almost every day, meeting people. Within the Netherlands, when one meets another we shake hands and mention one’s name when one meets someone new. It does not matter with which hand one would do this as the Dutch people do not have a special hand for hygiëne or religion etc, so that could also mean that it would offense someone else if they do. (Holland Expat Center South, 2017)

For Thai people this goes different, they use the Wai. Your put your hands against each other just in front of your chest and bow a little bit while saying “Sawadeeka” which means hello in Thai. Putting Ka on the end of the word is for women and Krab is for men. I like this way of greeting people, but it also feels a bit less personal as it creates a distance. But like every sign, there is a meaning behind it. For the Wai this goes back for years, the wai is introduced as when one shows both hands like that, it makes sure one is not holding on to any weapons. So, it is a means of reinsuring. (kohsamuisunset.com, 2017) Below you see the example of the different meeting ways. I have experienced one misunderstanding because of this greeting way in my time in Thailand. It was on an event which I attended for school. It was an amazing and highly interested event with different speakers and one speaker I wanted to talk to after the presentation. When I walked up to her I reached out my hand to shake hers to greet her, but it felt really uncomfortable and also the people around us where looking a bit uncomfortable as well. This was when I noticed that I could have better just made the Wai to greet to prevent this awkwardness from happening. Luckily this was a small misunderstanding, but this could happen to anyone anytime so also in a more formal setting where it is way more inappropriate maybe. 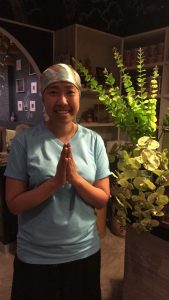 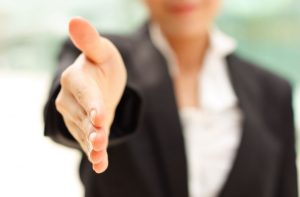 Following the traffic situation, it is insane. The first remarkable difference is the driving on the left, but that is not the craziest. In Thailand the cars are passing each other from both sides, left right, right left, it doesn’t matter. This makes it looks like one big mass on the road and not even speaking about the speed of how they drive. The scooters which can drive on the big roads as well are making it an even more dangerous place to be which also causes many horrible accidents. Within the Netherlands, everyone drives on the right and from the left side it is allowed to pass cars, but this is done very carefully and only allowed at the places where it is possible. In Thailand I have noticed that drivers just want to pass slow cars whenever they want no matter if it is before the road is bending.

As I am next to a tourist also a student in my time in Thailand, I had to adapt to the dress code from a Thai university. I had to wear a school uniform which consisted out of a black skirt, white blouse over the shoulders and black closed shoes. In the Netherlands we can wear almost whatever we want which made it a big change to wearing a uniform every day. But I could understand the meaning of this. It makes everyone equal as with clothes you can often see differences in matter of money but also taste which can causes conflicts. In my opinion it is also great as one doesn’t have to think every morning what to wear and when one is off from school it feels even more special to wear your own clothes again. But besides that, Thai students are very proud of their universties and therefor they are very eager to wear uniforms that represents the school. (Williams, 2013) In my daily life in Thailand, I also felt like I needed to dress a bit more covered then I would usually do on a holiday or whenever it is a hot summer. Especially, when visiting temples my knees and shoulders needed to be covered by means of respect, which I totally understand. But also, in my free time on the beach or in the city I felt like a bit more covered up felt better as otherwise the people would stare even more and not in a positive way.

Besides this, the Dutch attitude is often very loud and direct with saying something to a certain person. The Thai personality is totally different from that as they talk very quietly and often talk around the bush to not be offensive. These two differences could go against each other easily but in the right way handled and adapting to each other it is possible to cope with. That is also the big lesson to learn when living amongst another culture, adaptation. Of course, one should still be able to be themselves and value their own believes. But this should get in the way of meeting other cultures and understanding each other’s different viewpoints. To broaden one’s own perspectives, in my opinion everyone should go abroad and experience other cultures to see how many ways there are to look or act upon facets.

Nevertheless, from a bird eye perspective, I can state that it was luckily not as shocking as I was prepared for. When I prepared at home and went to the lectures in school about the grand tour program, I was quite prepared to have some kind of a shock when living in Thailand. I have been taught about the different stages of the culture shock, but I have not experienced any of them yet. The Thai people are most of all very kind and extremely willing to help in any kind of way although they often don’t speak English and therefor not understand me. But to what extend they want to go to help really flattered their personality and they understand that there are differences in our cultures but therefor it is still possible to live amongst each other. In my opinion, my experience of Thailand was very positive and as it was my first time being alone abroad and this far from home, Thai is a great culture to be amongst in this time. I had the greatest time exploring the country in the weekends by seeing all the different sides of the countries from north to the south and so on.

It is so interesting and fun to explore different cultures but also very important! When meeting people with totally different backgrounds, different experiences and other values it can help one to look at things with a broader view. It also helps one to look critical at points and not to Judge too fast on something one is not familiar with. It helps you to grow and to make decisions in other ways then before which can lead to diverse outcomes. I would like to encourage anyone to go on such an adventure to broaden your horizon and to not only seek the comfortability. When one of the readers has more tips about how to take this step, please share it in the comments to motivate each other because no one has to do it on its own. 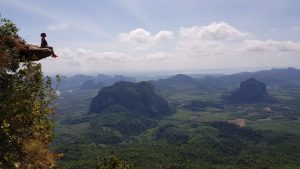 On top of the mountain of Krabi