Have you ever thought how would it be if one day you woke up and realize that everything that you take for granted, such as your freedom of speech, your access to education or your freedom of having control over your own body would be taken away ? Unfortunately, this is a reality in many parts of the world. While for some women this may seem an absurd concept, for others it’s a daily struggle. With this article, I would like to offer some insight in the inequalities and abuses that girls/ women around the world face.

One of the topics that I would like to address is “Forced Marriages”. This term is not to be confused with “arranged marriages”, which entitles that both parties agreed to enter the marriage. According to a BBC article, forced marriages happen when one or both of the parties do not consent and pressure contributes to the arrangement. In order to have an overview on how many girls enter forced marriages globally, according to Reproductive Health Journal, the highest rates are found in West Africa, followed by – – Southern Asia, Middle East, Northern Africa and Latin America. An estimated of 10 million child marriages occur every year, globally implying that 1 in 7 is married before the age of 15 and 1 in 3 girls are married before the age of 18.

When talking about child marriages, more factors need to be taken into consideration and the fact that young girls are not considered as important as the boys. According to the videos watched and articles read, girls are mostly viewed as being useful for cooking, cleaning and delivering babies.

I believe that concerning this topic, a lot can be argued. However, I believe that the most important factor when it comes to young girls getting married is poverty. While doing the research for this article I came across one of the many Youtube videos concerning “Child marriages: real life stories”. While being interviewed, one young girl recognized the need of her getting married. Her parents were so poor that there was no possibility to feed the family. However, in most of the cases the young girls realize that they are about to “be given to a husband” on the day itself, when the ceremony is being prepared. When entering the marriage, the girls face constant abuses, from non-consensual which occurs most of the time with much older men, early pregnancies, restriction to education, physical abuse, such as beatings to much more. If the young bride tries to run away and is caught, she can suffer serious consequences. 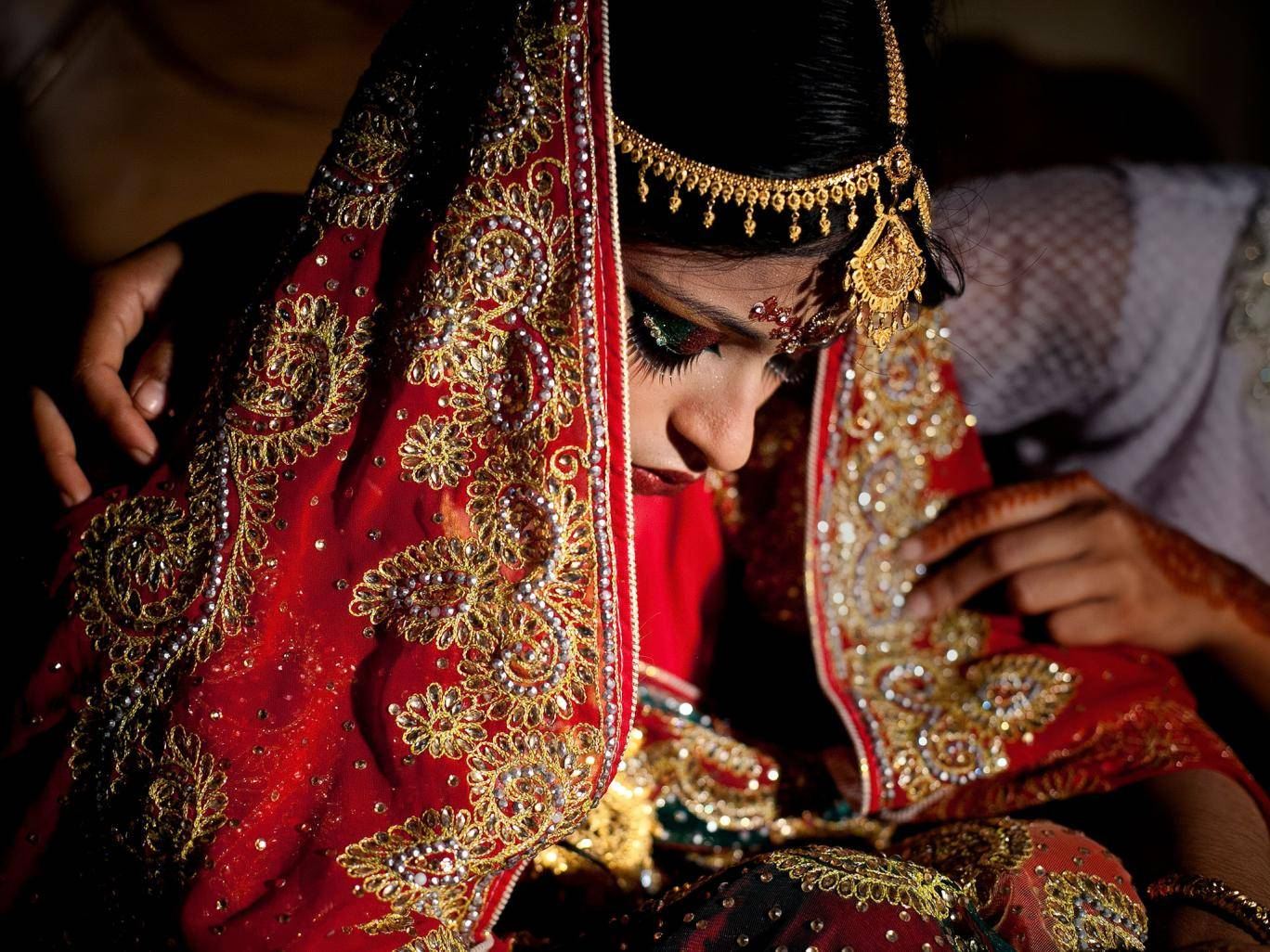 Another thing that proves to be faulty when talking about child marriages is the law itself. The law provides little or no protection when it comes to this issue. Some examples of countries that have “poor” lows concerning this matter are Afghanistan, Pakistan, India and Bangladesh. In Afghanistan it is legal for girls to get married at the age of 15 with parental consent, while in Pakistan and Bangladesh girls can get married at the age of 14 under the “Special Marriage Act” and with the consent of the parents. As far as India is concerned, the Muslim personal roles consider the marriage legal even though the parties did not consent, as long as both of the parties reached puberty. What is more, another fact that I found shocking was the fact that under the Indian Penal Code, which was amended in 2013, it is stated that the marital rape is criminalized until the girl reaches the age of 15.

As forced marriages among girls is pursued in such a big number, I think it is important to mention some of the implications that will follow. First thing considered, is the early pregnancies that the girls will go through. Becoming pregnant at such a young age can have serious consequences, such as seriously lasting complications or death. Maternal deaths for young girls aged between 15 and 19 worldwide, accounts 70.000 deaths each year. 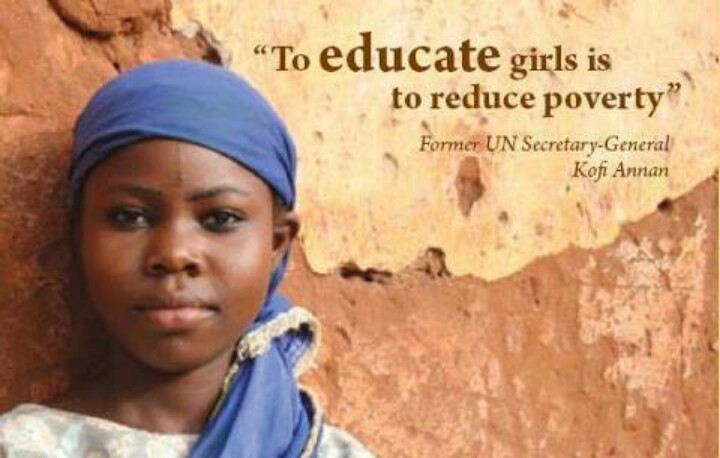 Due to several reasons, such as social structure, financial, structural, girls from under developed countries are very unlikely to finish primary and secondary school. With the increase of economic and educational opportunities, girls are more likely to have a better life in the future.

According to data published by UNESCO, there is a shocking percentage in the progress made towards gender equality on a global level. Statistics show that out of 161 countries, 60% have achieved gender parity in enrolment at primary school level and 38% at secondary level. What is more concerning though is that there is a slow growth in the percentages that are representative for the low developed countries. Data shows that in under developed countries, only 20% of the children have equal access to education at the primary level and 10 % at the secondary level.

One of the things that comes striking when talking about the limitations of girls when pursuing an education are the people’s believes within that particular culture that it makes it morally acceptable for women to stop their studies. An analysis of Gallup World Pool across 11 countries and Asia and Europe has shown that in average men believe that it is morally wrong for a woman to delay her marriage in order to pursue her education. What is even more sad, is that in some cases the low is discriminatory as well. Instead of making education accessible for women it tends to impediment it. As documented by Woman business and the Low, 56 countries have more than 28 discriminatory lows against women, while 28 countries have more than 10. The question is, how are the citizens of a state supposed to have a healthy mindset about education, when the low itself allows discrimination?

So far, I have gone through two forms of abuses/ injustice that girls around the world face on a daily bases. With my last subtopic I would like to address the issue of FGM, but firstly, I would like to ask: How many of you have you heard of FGM ? FGM stands for female genital mutilation and is happening in a lot of countries around the world even in today’s society. Myself, I came across this term about two years ago and I was shocked to find out what it entitles.

To make it a bit more clear, FGM means the mutilation of a young female genital area. This entitles cutting all the parts in most cases with some random sharp object and sewing everything back, leaving only a small whole free for physiological purposes. This procedure has 0 medical benefits and often leads to severe bleeding, infections, pain when doing physiological needs, severe problems during childbirth and death. This practice is not done due to religious purposes, but due to cultural factors. Most of the time it was passed from generation to generation and it is seen as a method of keeping the body of a young female preserved until marriage, when she is ready for her husband.

I believe it is outrageous how such a procedure exists in the 21st century and how it is used to control girls sexuality for such vain purposes. No young girl should EVER have to go through something like this as it is completely unnecessary, extremely painful, no benefits and in a word to sum it up, wrong.

According to the Global Citizen website, there are 200 million worldwide who had this procedure performed on them and 3 million more are at risk every single year. Every 11 seconds a girl is being cut.

One of the good things, is that there is rising number of women who experienced this that are holding interviews about FGM.

(Countries where FGM is being practiced. Source UNICEF, 2013) 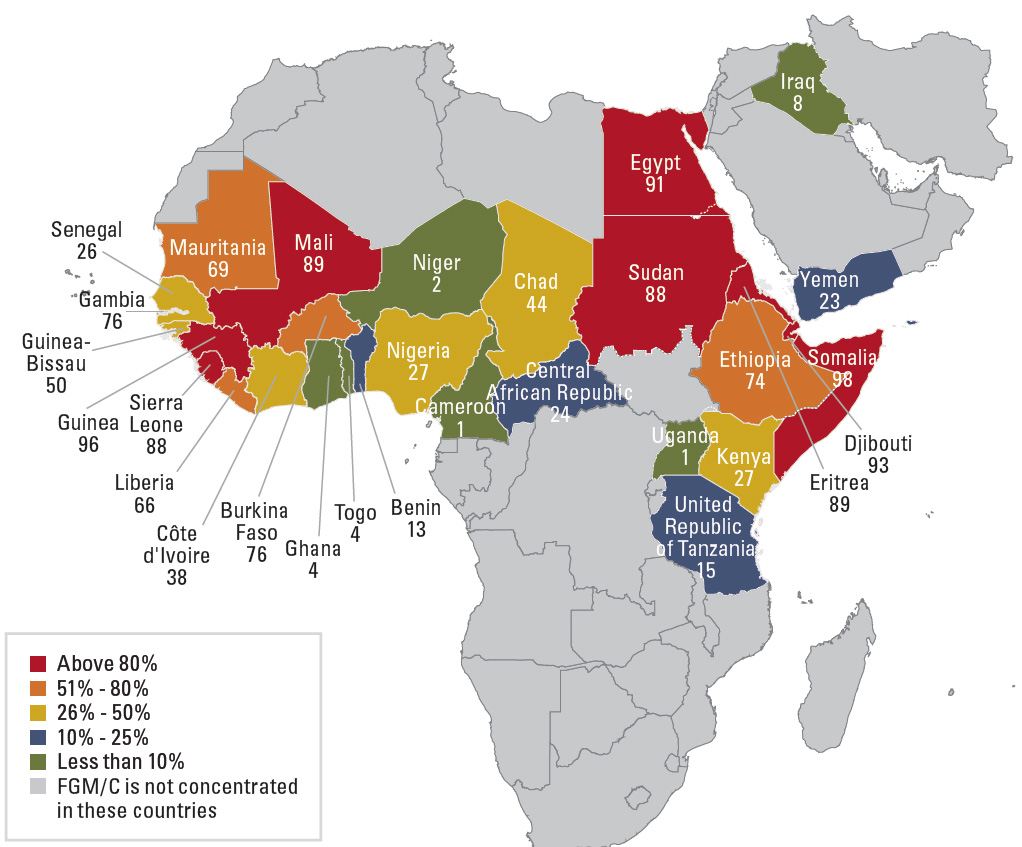 To sum up, I believe there is still a long way to go when it comes to gender equality. This blog post represents a summary of the oppression and abuses that young girls around the world face on a daily basis and I believe it is important to be aware of the existence of these issues. At this point, gender equality in the under developed countries seems like it is a long term goal objective, however, in the short run, it should be more done in order to limit the abuses on young girls/ women.

If you are one of the people who wants to do something for this cause, you are only a click away. One of the associations where you can donate is “Terre des hommes”. You can find more about them, here: https://www.terredeshommes.nl/en?gclid=EAIaIQobChMI7N6zsuLI2QIVxyMrCh1oOgFWEAAYASAAEgJwy_D_BwE

Of course, you are always welcome to choose the organization who you believe the most in. My advice would be: “Don’t turn a blind eye to what is happening as we are all global citizens and we should take care of one another”.

If you liked my post, feel free to leave a comment. I am always open to hearing your opinions and to improving.