It all started when I had my first history classes during secondary school and the so called ´maatschappijleer´ classes. At ´maatschappijleer´ (social/government studies) the teacher teaches his students all the basics about the Dutch government, political parties, legal systems and so on. In Holland, the majority of the teachers are politically left sided. HP De Tijd published an article about it on their website (HP De Tijd) which was based upon a survey from the Algemene Onderwijsbond. The outcome of the survey was rather fascinating. More than 50% of the teachers are voting left. Although teachers need to teach their pupils without any political view, there is always that one curious student who doesn’t dare to ask what party his or her teacher voted for. Besides that, most of the teachers will still be more enthusiastic about certain events (in history) then others. On the other hand, it is actually very likely that teachers vote left because almost every left party in the Netherlands wants to invest in education or raise their salaries. Imagine being a teacher standing in front of a class with bored teenagers and using outdated books. Still, for a lot of people it is hard to empathize. Accordingly, the same happens on a global scale with the world leaders and their power.

Back to history class again. At some point, a year before graduation, the Second World War and the Cold War will be discussed. I believe the Second World War is one of the most important events during Dutch/European history so it is fantastic that all the Dutch students will learn about it for almost more than one year. On the other hand, the Cold War was also an urgent aspect of the examination tests so this was a subject that also intended to be very urgent. At the time I was one of the luckiest students of the whole school because of the fantastic teacher I had for history. Thank you for all the interesting stories, the patience, the empathy and the support Mr Jens! So, during these lessons about the Cold War there were basically two parties, the Soviet Union (Russia) and the United States who are doing a military (power) race. The thing which is so interesting, and I only realized it last year, is that Russia was always pictured as being the bad guy! While this is totally unfair and unfounded!

Of course, the communist ideology doesn’t work and the capitalist ideology can be considered better but this doesn’t make the Americans good guys. And yes, America helped a lot of European countries with rebuilding a new economy/infrastructure etc after the world war. But that was only because of the fact that America wasn’t damaged as much as Russia was at the time and therefore they had more money to give. When I visited the Caen-Normandy Memorial Museum in France I was shocked by the WW2 figures. The Soviet Union at that time, lost most of its soldiers (100% more than even Nazi-Germany), had fought on the battlefield longer and was directly confronted with Europe.

Looking in another perspective

Thanks to Mrs Dina, who was my Russian teacher during my second year of International Hospitality Management in Leeuwarden, I was thinking in a very different perspective. Besides that, I was very curious about the political situation in the United States and of course the elections with Donald Trump and Hillary Clinton. I was following the news constantly during the elections but at the same time I had Russian language class. Mrs Dina, born in Russia and married with a Dutchman, told me about the history of Russia and because of my interest in politics we always talked about Russian politics as well. She told me everything about what Vladimir Putin had achieved and why he is so popular amongst the Russians. One of the reasons that Putin is so popular is that the Russian people want a strong leader, someone who is able to win every ‘fight’ and who cares for its people. He often visits Siberia to do some hunting or trekking, he appears on television to answer the public’s opinion and if there are difficulties within the country he fights it directly.

Russian people want a strong leader, because they need it.

In Holland you (almost only) see Putin or Russia on TV if it is something ‘negative’. For example, during the Russian elections there were demonstrators against Vladimir Putin’s party who were caught and put in jail. Logically, to put demonstrators directly in jail is not a good thing to do but if these demonstrators are starting to demolish buildings/stores/cars/random people walking down the street then it would be quite normal to arrest them, isn’t it? Coming back to one of the more fascinating things Mrs Dina said: “Russian people want a strong leader, because they need it”. Simply put, during Yeltsin’s era there was a lot of corruption and the West liked it because they didn’t need to fear any ‘competition’. When Putin came to power the economy grew steadily and corruption dropped. Russians differ very much from Americans. Americans value democracy, freedom of speech etc, while Russians value strong leadership and consensus. Besides that, the Russian people have had strong leaders for a very long time. The Tsar’s, Lenin, Stalin and now Putin. And when they did have a more democratic or soft leader the country wasn’t doing really well economically. Next to that, the Russian citizens weren’t that happy as well. 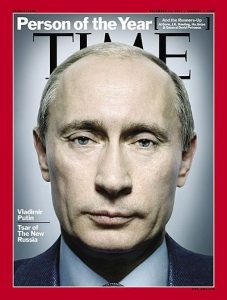 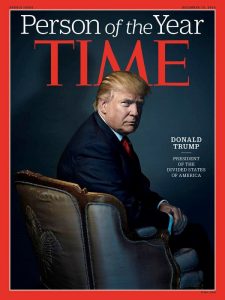 So now you’re thinking: hey! but those strong leaders were also corrupt and undemocratic, right? Well, this could be true or untrue but then you also have to ask yourself the question: how corrupt and undemocratic have the leaders of the United States been so far? The American would say for example: Stalin killed so many innocent Russians in the gulags! This cannot be accepted and can never be considered a free country! While then the Russian will answer: have you ever considered how many innocent Native Americans you have killed? Or what about the slavery and racism! This is also unacceptable! Furthermore, a lot of critics and journalists claimed that the elections in the United States were sabotaged by the Russians. Why are there so many people believing this? Because of the news? Or the massive Wikipedia page “Russian interference in the 2016 United States Elections”? Just to mention: Wikipedia is a worldwide editable encyclopedia founded by an American. During the SPIEF 2017 (St. Petersburg International Economic Forum) Megan Kelly interviewed a few world leaders including Vladimir Putin. At a certain moment she attacked president Putin with some serious questions about the sabotage of the American elections. Putin stated that this is just no point of discussion as long as there simply isn’t any proof. If you’re intersted and want to be amused you could watch the Putin about US elections video. 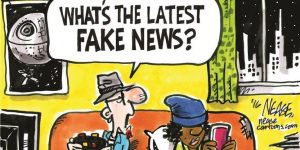 At the end it is very hard for us to compare but there are so many differences but also similarities between the US and Russia. The only thing I would like to clear up by writing this blog post is that we need to be critical about all these political issues and articles. I still believe that the Dutch schools are very pro-American as well as the Dutch news broadcasters however, I do not blame people for choosing a side. I just only want to encourage people to question everything they read about Russia or America generally. I am very curious about your opinion about the Americans and Russians and how you get influenced by school or media. So, feel free to leave a comment!