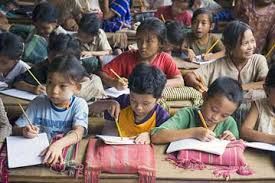 Access to good quality education in the Burmese Refugee Camps, is a struggle as being a refugee.

Regardless of the Thai government not being a signatory to the 1951 Refugee Convention, the Thai Royal Government (TRG) considers refugees stateless persons or irregular migrants. They are not citizens, meaning they do not have access to healthcare, employment or education, nor are they allowed to vote, own property or obtain a driver’s license.

The Thai government has provided up to 9 refugee camps that accommodate an estimated 110 000 people over the past 40 years. Thai government only intends to provide Burmese refugees a temporary shelter, it makes public schooling inaccessible to refugee students and acclaims that refugees occupy a particular administrative status that is only valid within the camps.

If they get any chance to leave the camps, they become illegal migrants and are permitted to enroll in Thai public school, so that the access to education for refugees is confined in the camps. The initial conditions were that refugees remain inside the camps, the camps are temporary shelter and protection from arrest and deportation. Refugees that live and work outside the camps do not have legally recognized status and expose themselves to arrested, deported, and exploitation as they are not in possession of legal documentation to live or work in Thailand and they do this secretively.

Why all this trouble for good quality education?

Most of these refugees take this risk due to the harsh restrictions imposed by the Thai government which are prohibited freedom of movement, of which they are prohibited from leaving camps, earning income or their children obtaining good quality education. The refugees are mostly dependant on weekly food distributions and the humanitarian assistance provided by international NGOs and community-based organizations, which makes them feel dependent and bored. For some resorting to refugee status in Thailand was not an easy decision based on their history and background however they wanted to use this opportunity to get education for their children.

“If we had stayed in the village, we knew that our children could never attend school and I wanted my children to go to school to be educated people. We also didn’t have any house to stay in. We could only stay in the forest and we had to flee away when the SPDC came or patrolled around our area, so we decided it was better to go to the refugee camp.”               (Saw P—, a 47-year-old male from P— village, Papun District; KHRG, 2008, p. 58)

There are 70 schools in the seven predominantly Karen camps with more than 34,000 students. There are 11 schools in the two Karenni camps in the north, which is run by the Thai authorities, and implemented by local and international NGOs as well as community-based organizations (Oh, 2010). However, in generally, refugees in these camps have limited educational and training opportunities.

Student are estimated at 34,000 in the 7 Karen predominated camps with an overall of 70 school. In the 2 Karenni camps in the north there are 11 schools, which are run by the Thai-authorities and implemented by local and international NGO’s as well as community-based organizations. Education and training opportunities in these camps is limited in general.

Mae La as the largest and long standing refugee camp is the primary location of schools. There are more than 2000 estimated students from other camps and living in boarding houses in Mae La for the duration of completing their secondary education. The two leading non profit organizations that support education opportunities for refugees in Burmese refugee camps are Karen Refugee Committee(KRC) and World Education. 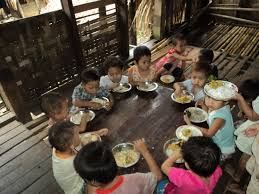 Budget cuts and impact in education?

Due to cuts in assistance from donor countries over the years, and the nearly 50 percent drop in budgets by the Dutch NGO ZOA  the effects are on education support are enormous with teachers on camps stipend halved and the Dutch NGO ZOA could no longer effectively fund school materials or maintenance of school buildings. The Karen Refugee Committee Education Entity with Karenni Education Department had to increase school fees by 100 percent compared to previous years.

“So that families are compelled to break Thai law by sneaking out of the camp to earn income, which may lead to repatriation if they get caught. While many family cannot afford tuition fee for their children, which causes an increasing rate of dropout” (TBC, 2015).
“The funding for per primary and secondary students is $44 per year. Education staff who on average earn between $15, which leads to high rate of teacher turnover and create gaps between demand and supply of teachers let alone qualified ones”(Oh, 2010)

As part of educational policy, the Thai government insists that NGO experts are not allowed to work as teachers in camps. This means that outsider experts can only work as advisors without the ability to accept official training  and teaching classes, and this does not assist in reducing the crisis of the lack of teachers in camps. For most of the schools volunteers and foreign teachers they are staying illegally in the camps and are at risk of fines and deportation when they come across Thai authorities. Due to all these cases above the access to education is enormously unreachable to remote some remote camps and to refugee children. 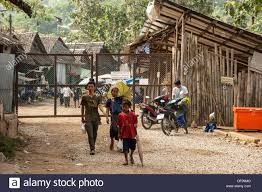 There really is not much we can do about what the Thai government does or practices or even the laws and policies they have about refugees and refugee education, except hope they change or amend these. However a contribution in a form of donation towards education support organizations that are currently in cooperation to ensuring the right and accessibility to good quality education will produce opportunities to those children and give them hope for their future.