Russian Federation is the biggest country in the world with a great quantity of resources and high population according to the world statistics. According to Forbes (2016), “Putin the world’s most powerful person for four years running, Russia’s president has exerted his country’s influence in nearly every corner of the globe”

By the current statistics, Russia has been the leading country in:

Furthermore, they have won the last Olympic Games, which was kind of obvious after such a financial investment; it would have been too much of a shame to let the rest of the world take over. However, it can be an endless list of awards and achievements like in any big and developed state of the world.

I have recently discovered that Russia is also is the first country in human trafficking.

Did you know that?

I want to go a little bit deeper into a definition, what human trafficking is.

Human Trafficking by Article 3 of the Protocol to Prevent, Supress and Punish Trafficking with persons defines any transportation, transferring, harbouring and however you can move the person without their wish, by forcing or threatening, and nevertheless receiving or giving the payment or any kind of benefits from that person.

There are few elements how to understand that it is not just violation of human rights, but particularly human trafficking: 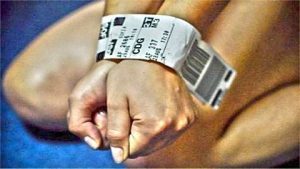 The history – from where did it all start?

Continue to speak about Russia, the roots of human trafficking are laying in the beginning of the 20th century after the collapsing of the Soviet Union.

The collapse of the USSR took place in 1991, and the history of Russia began. Many states, most recently called themselves “brothers forever”, now passionately defended the right to sovereignty, and even clashed each other. This “famous throughout the world” failure led to the independency of 15 republics and their emergence in the political ground, also taking into account the consequent loss of political, economic and other sovereignties and the work of the state in the interests of their population.

Loss in economy means the increase in unemployment and poverty, especially for women. Why especially for women? According to the opinion of many people, who were promoting the classical concept of Russian culture and the womens duty in the family- is fulfilling the mother role. A Russian quote about family can literally be translated into: man is a head, woman is a neck.

This phrase illustrates the model of a Russian family: man is a head of the family- he is taking care of the income and protection of his family, whereas woman has the duty to raise children and create a home for her husband.  Due to this model, women did not have the power to protect themselves against the criminals, who were ruling the country at that time because it was a complete anarchy. Russia was ruled by the Mafia.

It was never a secret, that Russia always had a shadow economy, whereas criminal elements “vory v zakone”- “thieves in law” we’re running everything in the beginning of the 90s.  Most of the foreigners know them under the name of MAFIA, as I mentioned above.

Moreover, previous soviet restriction on travelling abroad were eased. Additionally, international political economy of sex and demands from male for prostitution gave an access for those criminals the “right” to open a great business in trafficking Russian women all over the world.

Magazines and newspapers from Russian agencies had headings like” WANTED: waitresses, nurses, nannies abroad.” Obviously, they were promising good salaries and good conditions for staying in another country. 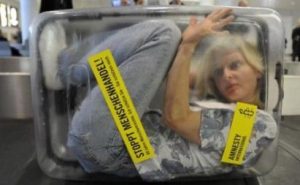 Russia is a donor country in human trafficking

Despite the fact, that it all started from a long time ago when Russia was in a deep.. unstable economic situation, it has only escalated over the years. Mostly, women and children are trafficked from Russia for prostitution. Experts from Russia estimated the number of people who were trafficked – about 30-60 thousand people annually according to the Office of the United Nations High Commissioner for Human Rights in the Russian Federation.

It has a well-established system which has been working without any defaults.

The routes of the “hot” export: 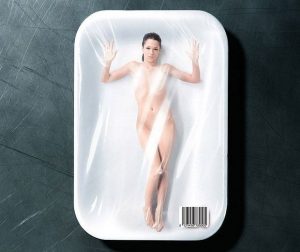 Besides the prostitution reason, the organization of sex tourism, the production of pornography and many, many more include:

Still the question, why?

As I have mentioned before, Russia is a big country with population of 144,3 million people by 2016 statistics. The most populated and developed cities can be counted on the fingers of both hands. Obviously, people from small cities, villages are looking through the internet on a “real life” over there, like Moscow, for example, and they are wondered – Don’t they deserve the same?

To sum up this article I would like to show the peace of a story of a real woman, that was described by a Canadian journalist Victor Malarek:

In sex slavery abroad, according to the Canadian journalist Victor Malarek, now there are half a million Russians. Never before I was so impressed by the senseless humiliation of human dignity, the book “Natasha’s Sold” by Canadian journalist Victor Malarek begins. On three hundred pages he tells horrific stories about the generation of lost girls, who are disappearing every day around the world. And in Russia as well. They are carried not by disease, not by war, not by famine. Girls are carried away spilled across the planet streams of sex traffic. The beginning of it – in the business world of money, lust and sex. And Indifference. Malarek communicated with both victims and pimps and leads these conversations in the book. In this, perhaps, its uniqueness. The book “Sold Natasha” was published recently in Russia by the publishing house “Inostranka”. A few weeks earlier, a fat, tastelessly dressed aunt from a recruitment agency in her native Kharkov excitedly painted what work she had picked up for Marika, a waitress with a standardized working day in Tel Aviv. Marika was a perfect simpleton. I desperately needed work. Her mother was ill, her father drank without a break. Two younger sisters were melting in front of their eyes. The offer received was the only chance to make ends meet. This night, I first felt what it’s like to be a prostitute. I had to serve eight men. I was overcome with horror and shame. After each visit, I took a shower, but could not wash the dirt off my soul. Over the next four months, I was forced to have sex with hundreds and hundreds of Israeli men. Young, old, fat, disgusting. Soldiers, husbands, religious. No one was interested if I was sick, whether I had a period. I had to work to avoid punishment … Clients called us Natasha. They never asked for a real name. For them, we are all Natasha. This is their sexual fantasy. These assholes came into the living room and screamed with a dull grin: “Natasha!” – like we are some Russian dolls. In response, it was supposed to rush to meet them with a smile. 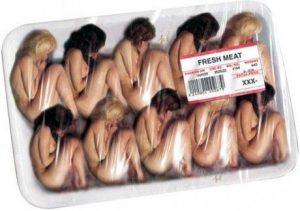