Charlie Hebdo attack in Paris, 9/11 attack in New York, London tube attacks, do I need to say more than that these were all clear terrorist attacks committed by people with an Islamic background?! Now do the thinking yourself, if a notification pops up on your phone from the news channel app you downloaded that somewhere in the world a vehicle ran into a crowd and killed and injured hundreds of innocent people, what is the first thing that comes to your mind? Terrorism, right? Maybe you even think of an Islamic looking guy with a beard and a white turban committing the crime?

A few weeks ago, we had a discussion in class about the world’s right wing and about how ‘right-wingers’ think about topics such as Trump as president of the United States and the Islam. Somehow, we ended up talking about terrorist attacks and what this has to do with the Islam, because as we all know it is one of the most talked about issues by the media these days. Some news channels even have a separate section on their website which views all news about terrorism, Telegraph and The New York Times for example. We also talked about the recent shooting in Las Vegas committed by a white man from his hotel room targeting an outdoor concert area and that is when we came to the discussion why that shooting was not called a terrorist attack by the media. So, in this blog post I want to look further into what the definition of terrorism is exactly and why some violent acts are called terrorist attacks and why others are not.

Terrorist attack or not?

To answer this question, we should first know the definition of terrorism. When googling the word terrorism, the definition given by dictionary.com is as following; ‘the use of violence and threats to intimidate or coerce, especially for political purposes’. Now, I think the last few words are the most important ones in this definition and should be kept in mind when looking at whether the attack can be called a terrorist attack or not. To make it clear, the motive of committing a terrorist attack should be either political, ideological or religious. 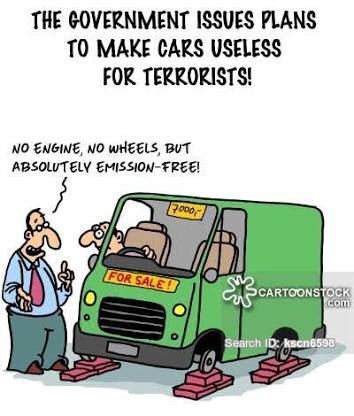 Now let us have a look at a case where it got mixed up when the media referred to an attack as a terrorist attack but clearly wasn’t. This is also where discrimination is playing a role in the story.

In 2015, a white supremacist called Dylann Roof killed nine people at historically black Emanuel African Methodist Episcocal Church in Charleston, United States when a Bible Study was being held because he wanted to start a race war he said. Now, this was seen as a hate crime by the American court of law and he was sentenced to death, but never charged with terrorism, according to CNN. (CNN, n.d.) The definition of hate crime is as following; a crime motivated by racial, sexual, or other prejudice, typically one involving violence.

However, the crime he committed is exactly the textbook definition of terrorism. In an CNN Digital Opinion Piece, CNN National Security analyst Peter Bergen wondered what the U.S. would have called the attack if Roof had been a Muslim.  And this is where it gets interesting. His comments get at what some observers have been saying for years, some acts of violence are only labeled terrorism if the attacker is a dark-skinned Muslim. Andrew Mumford from the Center for Conflict, Security and Terrorism said that the Charleston example is a really important one because sometimes ‘the label’ terrorism is not used when the nationality of the perpetrator does not fit conventional stereotypes.

Not all muslims are terrorists 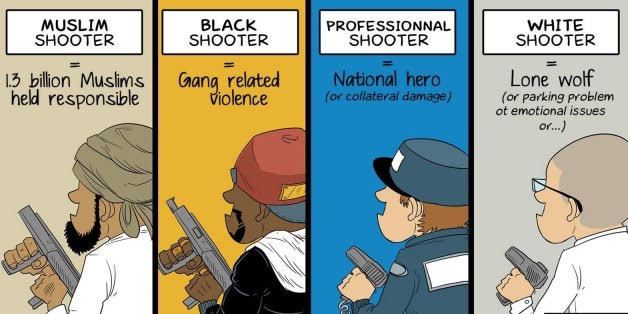 Just as not all Dutch people smoke weed, not all Germans eat Bratwurst, not all Russians drink vodka, not all Thais eat rice for breakfast, lunch and dinner, not all Muslims are terrorists. In fact, non-Muslims make up the majority of terrorists in the United States, according to the FBI. Furthermore, non-Muslims make up the majority in Europe and the most important fact; even if all terrorist attacks were carried out by Muslims, you still could not associate terrorism with Islam and say every Muslim is automatically a terrorist.

A recent study in Britain, which faced its worst terrorist attack a few months ago since 2005, revealed that more than two out of three ‘Islamism-inspired’ terrorist offenses were carried out by individuals ‘who were either born or raised in the UK’ (Huffpost , n.d.). The common stereotype of the Middle Eastern, Muslim-born terrorist is not just lazy and inaccurate, but easy-fodder for the anti-immigrant, anti-Islam far right.

So where does it go wrong? Why do we associate terrorism with Islam?

People are terrified of terrorism. We don’t know how to avoid it, we don’t know how to end it and what to do about it. We don’t use sophisticated logic when under fear. We use simple pattern based instincts. Since all the major terrorist attacks were committed by Islamic extremists, the easiest assumption to draw for most is to assume doubt about every Muslim. It is not logical. It is instinctive. Fear takes over any logic. If you remove the word Muslim from the equation, people are completely clueless about how to fight terrorism. It is, however, sad that many Muslims have to face these accusations.

The portrayal of Arab and Muslim people in the western media is “typically stereotypical and negative”, according to a new study of perceptions of Islam. The terms Islamic or Muslim are linked to extremism, militant, jihads, as if they belonged together inextricably and naturally (Muslim extremist, Islamic terror, Islamic war, Muslim time bomb). In many cases, the press talks and writes about Muslims in ways that would not be acceptable if the reference were to Jewish, black or fundamentalist Christians.

This is another reason why ‘we’ might see a link between Islam and terrorism, because the media lets us believe that their is a link by the way they view their news nowadays.

To come to an end in this blog post, unfortunately, yes, a lot of terrorist attacks were committed by people with an Islamic background. However, ‘we’ can not simply make up a link between a religion and terrorism, because, in fact, this link does not exist. Terrorism is something universal and does not have anything to do with Islam. Don’t just stereotype and think that all 1.6 billion Muslims in the world are automatically linked to terrorism.  Please, think twice before ever blaming a Muslim for terrorist attacks. Stop with the stereotyping as Muslims are human beings just like you and me and they should never be categorized as terrorists. 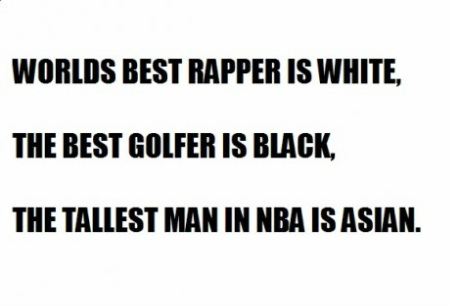