Here we are again! New topic, new questions to ask yourself… Maybe. I want to bring to your attention this time a small detail that most of you never thought before going abroad. Therefore, my question is: How many times did you checked the history or law of the country you were willing to visit? And how many times did you checked the forecast? I know, I know… I was in the same position.

Before coming to Thailand, instead of checking the web for information about the country I was asking my friends that have been here before what is like, what should I expect and so on. Of course, I was checking the weather for the future 3 months and I prepared my summer cloths. But that’s it.

First shock was immediately after I landed. I received a message on my phone from the Romanian government, which warned me that in this country the drugs are prohibited, and the death penalty is a serious thing over here. Second shock was when entering each shop, taxi and institution there were pictures and quotations with king Bhumibol Adulyadej. Afterwards, in the second day of school during first PBL we were advised to check carefully the web because we can have problems afterwards. Of course, my curiosity was pushed to the limits… I am like a small kid to whom if you said not to do something I want even more to do it. Therefore, I went home and search in the law what are the restrictions and why.

I found out about lese-majeste law, which forbids the insult of the monarchy and which is among the strictest in the world. I was still curios why is this law so powerful so I digger deeper. This is the point when I literally start crying and understanding the obedience and devotion of Thai people for their beloved king. He was not any king, he was King Bhumibol of Thailand – the people’s king. For me, he is the most powerful example of a leader, as he showed to the entire world how power should be used for prosperity of the state and not for own interest.

He was born in Cambridge, Massachusetts, America in 1927. He spent his childhood in Switzerland with his mother, older sister and brother. Therefore, the principles of Prince Bhumibol were completely founded in Switzerland ,whereas Switzerland is known as a democratic state. Because of no monarchic rules, they grew up with democratic principles and the spirit of equalization.

It was hardly expected that he will become a king as he was the third child of the royal family. After the death of his father, his uncle took the power, but a revolution in 1932 ended the absolute monarchy and sent him in exile. At the age of 9, Ananda the older brother of king Bhumibol, succeed to the throne, but not for a long time. In 1946 he was found shot dead in his bedroom. Therefore, at the age of 18, Prince Bhumibol became a king. He took the throne in 1946, but decided to remain in Switzerland for few more years in order to finish his studies.

He is the world’s longest head of the state and in the same time the longest reigning monarch in Thailand. He served the country as a king for 70 years. As I mentioned before he was the people’s king, as he dedicated his entire work to modernize the state by empowering its people. 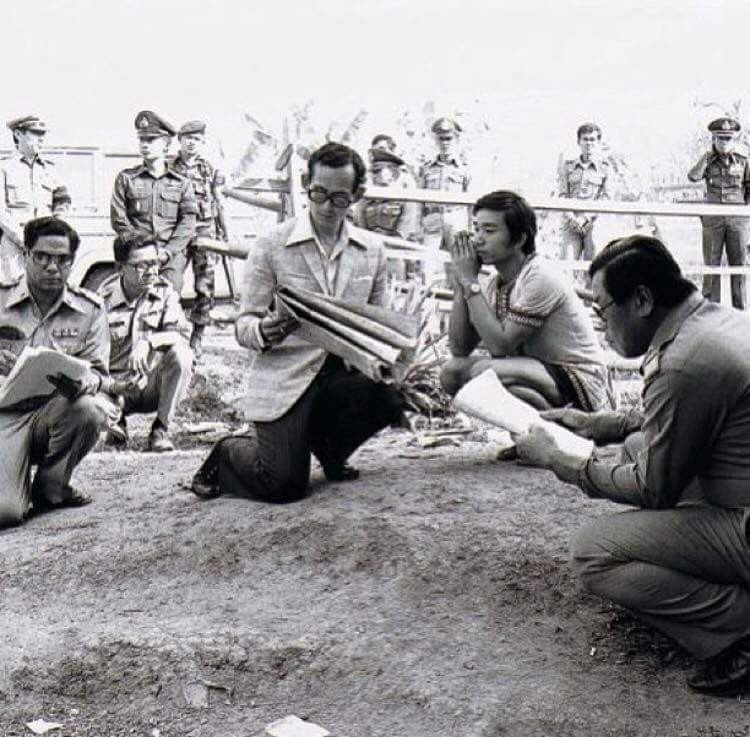 Some of his achievements

Since early in his reign, His Majesty the King traveled to all corners of Thailand, reaching the remotest areas and the most dangerous parts. He was willing to talk to the poor and vulnerable, to understand their ways and problems and find the best solutions to sort out their concerns. In this regard, he has initiated more than 4,000 Royal Development Projects in such areas as irrigation, farming, drought and flood alleviation, crop substitution, public health, distance learning, employment promotion and traffic mitigation. Those movements of him towards the Thai have touched the majority lives of a local population – particularly farmers. He has also invented various tools and techniques, which have been used for rural development – such as rain-making, soil erosion prevention and water purification.

Examples of his great work

His name means “the great strength of the land”, and since he was a kid he was interested in cultivation and irrigation. A good example of his kindness is when he turned the opium farming areas from the Golden Triangle (at the border of Thailand with Myanmar and Laos) in cultivation areas for crops. When he visited the area, he saw the fully filled fields with opium, but instead of arresting the minorities he asked them kindly “How much do you earn from growing the opium?”. He knew that they can’t understand the significance of the issue and the side effects of an opium community. Therefore, he set up the research center at the Golden Triangle to experiment different kinds of fruits and crops that suit with the weather. The outcome was very satisfactory as that region has become the biggest market supplier of vegetables and fruits in Thailand since then.

Another royal project, Reforestation without Planting (Natural Reforestation). Using Three Forests, Four Benefits, in other words, forests should be divided into three parts to grow timber, fruits and firewood. These are the forests, which also offer great three benefits to the people. The fourth benefit as the by-product of the Three Forests is the conservation of soil and watersheds. Even though nobody was confident he would succeed , his work showed results after 20 years.

King Bhumibol ,besides his accomplishments, is a very complex person. He is:

Even if I could choose a serious subject such as human trafficking, diplomacy or human rights, I choose to write about King Bhumibol. He became my role model.

My current experience in Thailand is coming to the end,  so I wrote this blog as a sign of appreciation for the country that treated me so well.

What I wanted to emphasize with the story of King Bhumibol is that when traveling to other countries our priority is not always to get the history of our destinations. Is about fun, about posting on Facebook nice pictures so others could see what an  amazing life we have and maybe a little bit of culture. I agree, that nowadays these are the purposes of travelling for majority. However, I reckon we should take more advantages out of any movement in out lives.

To end harmoniously, I would like to share with you one of my favorite songs in Thai. It is about how good is to live here and how grate the country is. Enjoy and inform yourself more while traveling! 🙂