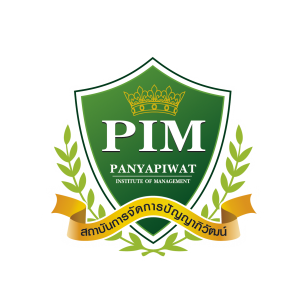 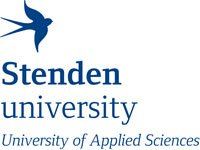 Thailand, Bangkok, city of angles, parties, beaches and daily school life… WHAT? Yes, daily school life is apparently also part of Thailand and it is very different than what I was used to in The Netherlands. So let me introduce you to what I am going to tell you about going to an International school abroad.

As I student from The Netherlands, I would like to inspire other students to 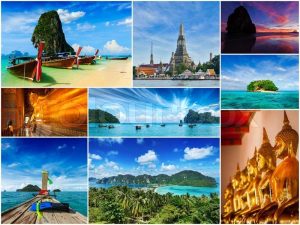 study abroad and give them an idea of what it is like to study internationally. Thai culture, it is totally different from the Dutch culture. Actually, as a student from The Netherlands, I was not well aware of the fact that the Dutch have a specific culture because, I have never researched another culture in dept.

The school culture in these two countries is very different, for starters, the choice in education, structure in classes, goals of going to school, study hours, communication between teachers and much more which I am going to tell you now->

School uniforms are not really my thing but, the first day in school I noticed 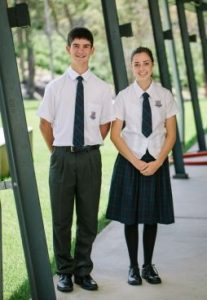 that it is normal in Thailand. In The Netherlands, students are free to wear whatever they want to school except for formal occasions like practice or presentations. At P.I.M women wear a skirt and with blouse with black shoes, men wear a black pants, white shirt, black neat shoes and often a tie. I see wearing a uniform as a good thing because, everyone is equal. When everyone wears the same uniform you cannot see difference in wealth. On the other hand, students cannot stand out and show their personal style, in The Netherlands students can.

The second thing I noticed was communication between students and teachers, students are very respectful towards teachers. Students great teachers formally calling them by their last name and bowing for them. Dutch students just call teachers by their first name and often show them no respect. Respect is something that is not touched by school in The Netherlands, it is normal to see teachers as somewhat equal to students. Hierarchy is not very present in the Dutch culture, whereas Thai students are very used to this phenomenon.

This is the way it works

At P.I.M, Thai students come to study via a scholarship and are studying to get a job. What the job is, is not very important. A normal study structure in Thailand is as follows, a study contains four years, of which every year is departed in two pieces: internship and study. According to this international business school in Thailand, students have twelve vacation days per year and these are mostly separate national holidays. In The Netherlands, students go to study to pursue their dream job or to have a good, well-paying job in the future. And Dutch students have around 84 days of holyday depending on what school you are on. The Dutch government first handed out everyone money to go study but nowadays, we need to request a loan to pay for our study or pay it ourselves (if you are rich). The average study in The Netherlands takes four years or even more. Almost every study contains of two or three years school, a minor and an internship period. After we have finished our study, we continue to do a master study or we start working.

Is it Electricity or Electric… city

Another thing that has come to mind, is that in Thailand the level of English is not as high as in The Netherlands. In The Netherlands, people start learning English in the end of Primary school, it is part of every education. Moreover, on Stenden in The Netherlands all classes are in English. In Thailand, students also start to learn English at a young age. But, according to Mitchell, who is a teacher in Thailand, Thai students are not interested in why things are the way they are. They just take everything for granted and in this way you cannot learn a language. Furthermore most classes are in Thai, unless the university says otherwise. They have a special education to learn business English, this shows a big difference in the level and normality of learning the English language. Another difference in The Netherlands and Thailand is, Dutch people grow up with English language television programs, English computer games and music. In Thailand, people do not grow up with this and if an English song is played for example, they are not interested to know what the meaning of the song is or what they are singing.

Freedom to speak up

In The Netherlands, we love freedom of speech. We get to say whatever we want when we want, there are of course certain exaptation’s but in general we have the freedom to say what we want to say. In Thailand on the other hand, there are certain limits to freedom of speech. Especially, when it comes to the army or the king and his whole family, for speaking badly about the army or the king you could serve serious time in prison. In Thailand, this is ruled by law, the law is called “lèse-majesté”. We also have this in The Netherlands, but as a citizen of The Netherlands, you cannot really be punished for this according to this law. 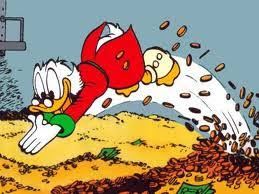 Dutch students like to dream about their future, they want to have nice jobs. They pick a certain education to become a lawyer for example, Dutch students have dreams. In Thailand this is different, students go to study to get a job. They don’t dream about a good job or becoming rich. It is important to have a job and that is This is probably also why in Thailand only 1.2% is unemployed. In The Netherlands, about 5% is unemployed. This is not that bad but, it is because Dutch people do not want to do certain jobs. And also, if you applying for jobs you are also employed according to the Dutch government. Dutch people think being a supermarket manager at thirty years old is not a good job. Whereas, for Thai people in general this is fine. 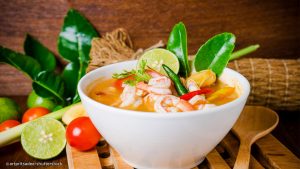 You have got to love food

On P.I.M, you have a lot of choice in what you can eat during lunch. There is a canteen called ‘foodworld’ and almost every day there is a little market where you can eat a lot, from fried chicken to fresh fruit. What came to my attention, is that most food is Thai or Asian. Whereas, at Stenden in The Netherlands you can eat all kinds of international food, from African to Asian to Dutch. I think it is great to have such variety in the school canteen. What also is different, is in Thailand all students eat at school, this is because, cooking at home is too expensive for a lot of people. On the other hand, most Dutch students bring food from home. They make their own sandwiches and bring them to school. I like both ways, a sandwich every day is not everything and I like to have a warm meal in the afternoon. What I also like in Thailand is the variation of food and drinks you can buy.

Thailand and The Netherlands definitely have their differences when it comes to international universities. This is not very surprising because, the culture differences are also big. If you take a look at the cultural differences, a lot of differences in the universities make sense. I think it is a very nice experience and students who have to opportunity to go study abroad, my advice is to go for it and surprise yourself with what the world has to offer.

Links that helped me write this blog: