Ever since the first industrial revolution, when the steam engine, textile and railways where invented in 1770, the industry has been developing further. A few ground-breaking inventions are: the conveyor belt in 1913, the computer in 1954 and in 2015 the cyber-physical systems. Each of these inventions have made the industry to what it is today. According to Klaus Schwab (2016), the chairman and founder of the World Economic Forum and author of the book The Fourth Industrial Revolution, there is a fourth industrial revolution going on right now. The cyber-physical systems are currently developing in a way that can change the industry as it is today, together with a lot of other different developments.

At the moment there is discussion about a new industrial revolution the Fourth one. This fourth industrial revolution is mainly about technology getting smarter. Take artificial intelligence for example, or robotics, the Internet, autonomous vehicles, 3-D printing, nanotechnology, biotechnology, materials science, energy storage, and quantum computing. This makes technology smarter in the sense that machines can think by themselves or can operate on their own. These innovations can change the future. This can be used for things like: healthcare, sustainability or product development.

MIT technological review, has listed 10 breakthroughs of 2017. In the image below is a small summary of them. Some of the developments may be familiar and others may be surprising. It is advised to go to their website to get a more detailed  idea of wat those breakthroughs are.

Do you want more information? visit the website of MIT technological review

Although these technological innovations are amazing, there is also a downside to the technological development. Some of these breakthroughs can mean the loss of jobs for a lot of lower/middle educated workers. Take the second breakthrough that MIT listed: if all the truckdrivers would be replaced with autonomous vehicles, millions of jobs will be lost. So, those implementing these developments must take a very good look at wat the consequences might be. There is a big risk of an increase in inequality. Klaus Schwab (2016) says that middle-class jobs can be taken over by machinery; however, he also explains that another way of looking at it could be, that dangerous or physically demanding jobs will be replaced by machines, and that new and safer jobs are created. The question is how many new jobs that will be and if everyone can adapt to the new work.

In Asia the technological development can have great consequences as well. If large western company’s factories such as Apple, that are currently located in Asia. Can replace the Asian employees with machines. Millions of jobs will be lost and the companies could place their factories back in western countries to save transportation costs. Asian countries should prepare to adapt for the possible job loss.

What businesses should to take in consideration is, how they innovate to adopt the new technologies of the fourth industrial revolution and how to combine them with the ones from the third industrial revolution. An example, according to the Wall Street Journal (2016), is that online shopping is getting more popular every year. It is a technological development of the third industrial revolution that influences the shopping market. Less people go to shops and ordering online is taking a large part of the market share. And, with the fourth industrial revolution, businesses have to think about how to adapt their websites to smartphones or tablets. If the google glasses had been a success, businesses had had to adapt to that too. Another example is, that hotels are trying to use new devises. For example, Mariott (2015) has virtual reality to experience from home the room a potential customer can stay in. Another possibility could be a Chromecast to connect your personal devise with the television or beacons to guide the guest through the hotel and to give additional information with the use of the guest’s phone. If the technology comes up with something that will revolutionize the guests experience in a hotel, the hotels would have to think about the best way to implement it. 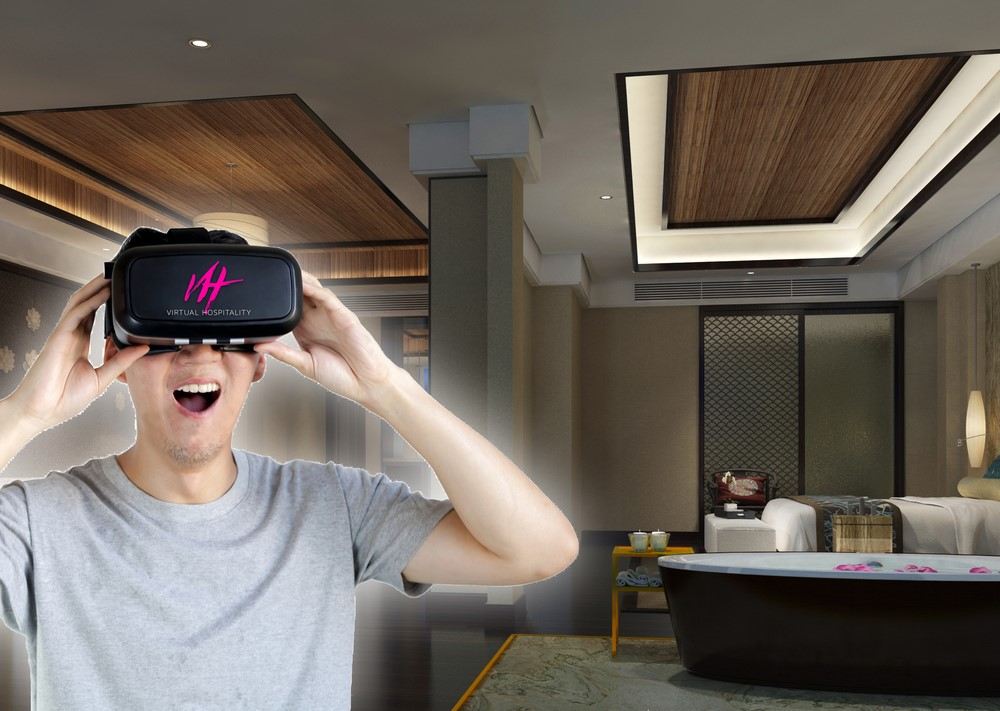 What do critics say?

According to Satyajit Das (2016) the changes will not go so fast as Klaus Schwab expects. He says there is no such thing as a fourth industrial revolution. In his view, technology is developing, but not to the extent that would revolutionize an entire industry. Satyajit Das states that people are too much focused on an irrational goal of an invention that will bring great change, whilst there are many other problems that need to be solved.  Quote: “Today, the world’s focus on technology and innovation is driven by a desperate desire to find a magical solution to the economic and related social and political problems confronting the human race”. And he continues explaining that it is unreasonable to think that, even though invitations will continue to pop up in many fields, it will have such a big effect that it can be named a revolution.

Steven Poole (2017) made a review in The Guardian about the book of Klaus Schwab. While he was skeptical about there being a revolution, he did agree that the world needs to adapt to the technological changes. This is more in line with the management professor Henry Mintzberg (2015), who wrote “we live in times of great continuity”. The argument: gurus benefit from exaggerating the scale of change. It pays their bills.

While it is undeniable that technology is developing, the impact of that change is unpredictable. While Klaus Schwab is convinced that it will be revolutionary, the critics strongly disagree or are skeptical. However, both Klaus Schwab and most critics agree that adaptation is necessary for most countries in order to keep up with the rest of the world.

We live in highly confusing times, and should prepare for anything. From that point of view, I believe it is wise to invest in education. Because, education can help anticipate on the new demand of jobs and give an understanding of the technologies being developed. At the very least how to use them on a practical level.