I grew up in Romania… maybe an irrelevant fact considering the topic of my story is war but still I found it important to give some background information. For 18 years, I had implemented an Eastern European conception based on nationalism and wrong ideas about the “good life”. To help visualizing the Romanian conception here an example; we used to say that the lessons that life teaches you are more valuable than the ones you learn in school. Hilarious I would say, but looking back it helped me in life until now.

Continuing with my description, I am 21 years old, blonde, short, talkative and very loud girl (easy to be noticed). Two years ago, I moved to the Netherlands where I’ve studied International Hospitality Management. This decision gave me the opportunity to change my life perspectives and to see the world through other lenses.

As I mention before, I am a talkative person and this leads to the fact that I love to get involved in endless discussions based on any subject. Important to mention is that I always stand up for my opinions, and I fight for my beliefs. Therefore, the following is a representation of my vision concerning the current situation of USA and North Korea.

Usually my ideas and my priorities in life are led by liberal thinking, but this problem is not something that can be solved in this way. These two guys, Mr. Trump and Mr. Kim Jong Un are controversial entities nowadays with strong characters and tremendous power. If you ask for my opinion, I would say they are just some spoiled kids with a lot of power and the world is their playground. I just hope that this game won’t lead to an eminent world war three. But this is what my mother always says: “The hope is the one that die last” (it sounds better in Romanian). 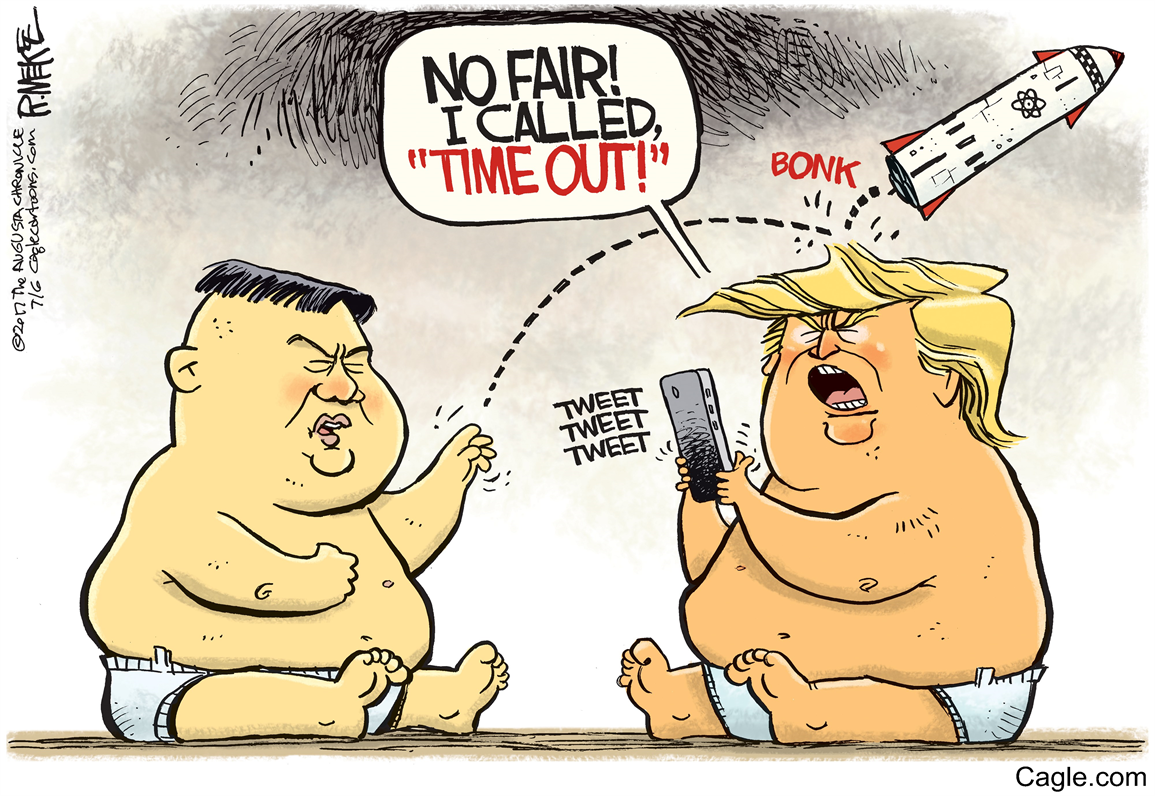 In order to get more comfortable with the subject, I believe an introduction of these two characters is necessary. Ironically or not, they have few points in common such as the fact that both trace the origins of success from their fathers. I wanted to mention this first because if you compare them with Putin or Obama, who weren’t blessed with a wealthy family and a predefined career, you can instantly notice a difference in comportment. This is something basic that can also be seen in daily society life. There are studies which acknowledge the fact that it’s almost impossible to not raise spoiled brats in a moneyed family, due to the big influence money has on their “unripe” age. For more in depth information about this subject, Ph.D. Jim Taylor would be more than happy (I assume) to read his findings.

Furthermore, the two great leaders share a common passion for golf. Beyond the fact that golf is relaxing, for some of you may be difficult or just boring, but specialist favor that golf is more than just a game. They argue that competence and confidence is highly important. In his study, Dr. Bob Rotella  suggests that there are 10 basic principles.

I found a few of this principle interesting as they are visible and reflected in the comportment of our leaders.

To conclude the similarities between those two, I would tend to characterize both as narcissists, with constant bad hair days, both are power mad and have no respect for other opinions, for them global warming is FAKE NEWS and if it was possible they would “fix” all the bisexual, gays or transsexuals. There will be few more points in common such as no respect for women or their opinions and lack of compassion for other nationalities. And finally, they share their passionate hate for the freedom of press. Are those siblings? Or the perfect match for hell? Either way, I think they should candidate for presidency in hell. 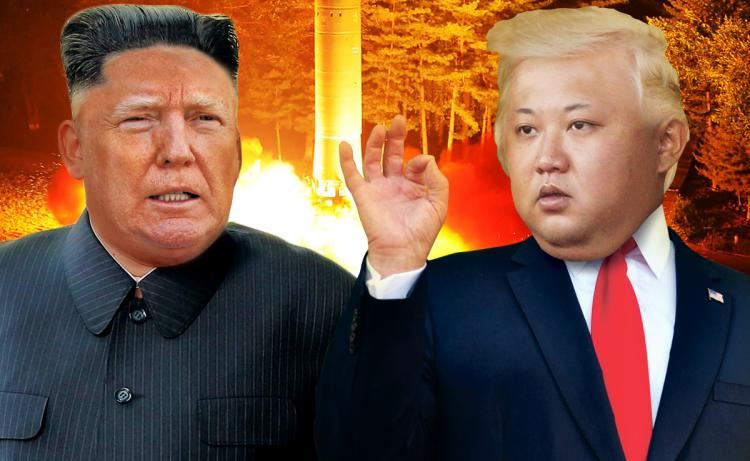 Meanwhile, let’s get to the key topic. What is the current situation in North Korea? Besides the controversial stories about the bad life of the Koreans and the harsh dictatorship of the great Kim Jong Un, there is a subject that intrigues all of the world: Nuclear Bombs! It is well known that North Korea is developing this bombs since the dictatorship of Kim Jong Il, the father of Kim Jong Un, but he never had thought of war.

Nowadays things have changed and the globe witnesses the sixth nuclear bomb test on 3rd September 2017 coming from the North Korean state. The question is, how many nukes does this guy have? And the answer is a scary one: around 60, and there is enough uranium to produce six new nuclear bombs per year. Moreover, Kim Jong Un mentioned that they will keep building up this bombs in “quality and quantity”. 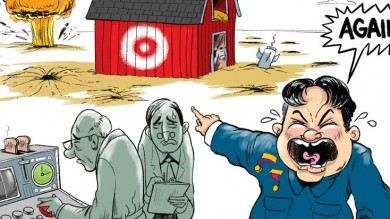 What concerns me is the question of WHY he is doing this? Does he want to start a new world war? Does he want to have fun? Is he in his mental faculties? In my opinion, he sees three simple benefits in nuclear bombs:

War may be a big word, but if we analyze the situation North Korea haven’t been in war with any country since 1950. Well beside their long term and well know enemy South Korea. The war ended in 1953 with an armistice (not a peace treaty) which means that North Korea is still technically at war with South Korea or they just badly hate each other. Speaking of hate, I think nobody can hate someone more than North Korea hating the United States. On the second place in hate ranking are the United Nations and its sanctions which Kim Jong Un considers as a “Violent violation of our sovereignty”. 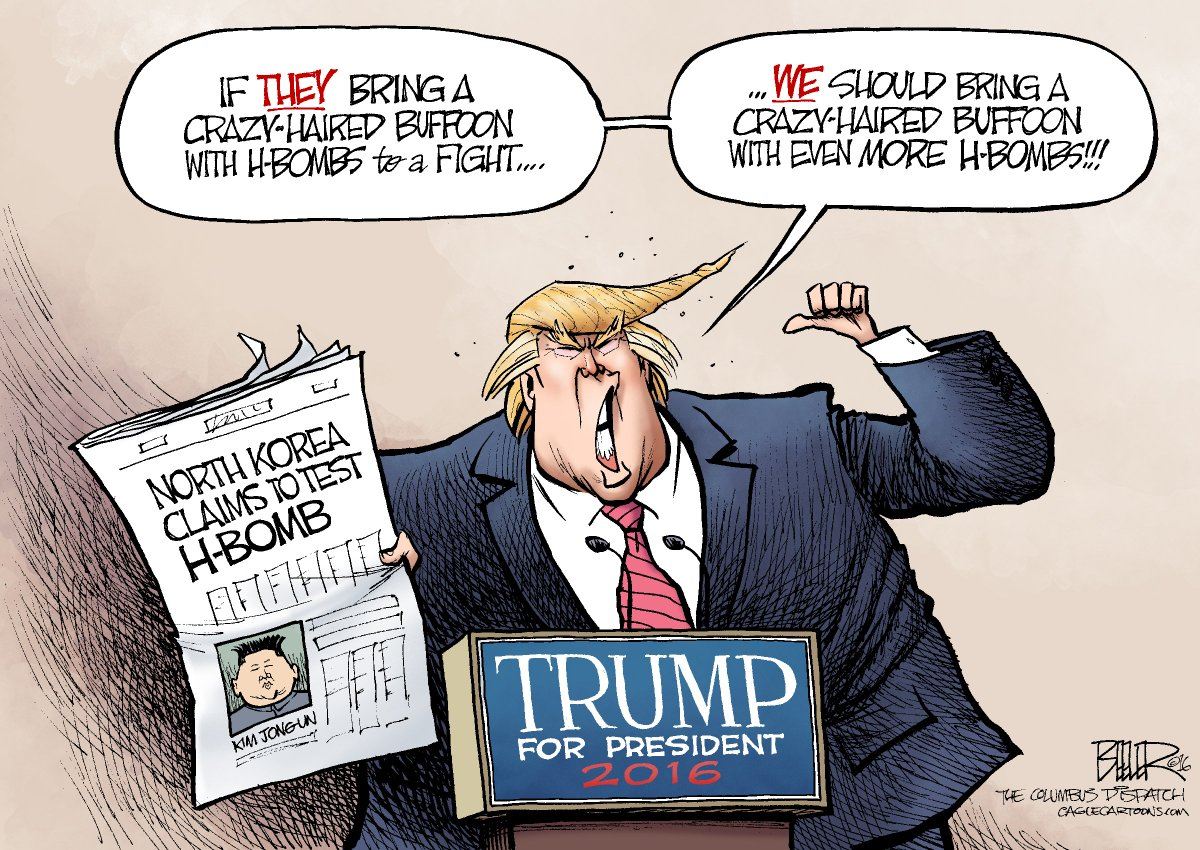 In all this disorder is time for a big power to interfere, don’t you think? I mean somebody need to calm down these kids, and who else is the wise one? The big, grate power China. While the USA is driven by the slogan “Make America grate again”, China is concentrating on not letting their economy fall. Starting a war in Asia right now would have a major impact on China’s economy, even though North Korea is such a small country. China needs to ensure wealth on the Asian continent and keep under control anything that can produce a disruption in their economy. Indeed, this is exactly what China is doing by not agreeing with the harsh sanctions USA and UN applied on North Korean state. On the other behalf China disagree with the testing of nuclear bombs coming from North Korea. China is doing its best to stay somehow impartial because it knows that it is the best way of creating a good impression in front of a whole nation.

As a conclusion, I can say that both characters are very alike but continue hating each other. They should give the chance of a discussion and solve everything in a mature manner.

Despite of my disbelieve in the possibility of this ever happening, I have faith that the big power of the world, China, will play its smart power on those counties and help to keep the conflict under control… at least for a while.

Maybe this article is not extremely informative, as it is mostly based on my opinion, but I hope it offered you an “helicopter” view about this subject. Otherwise, I hope you enjoyed the comics. 🙂 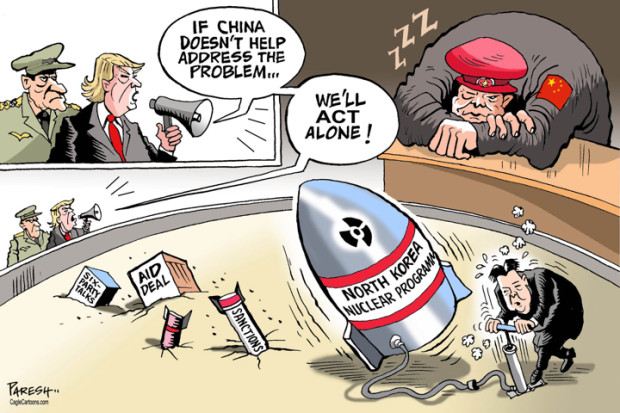 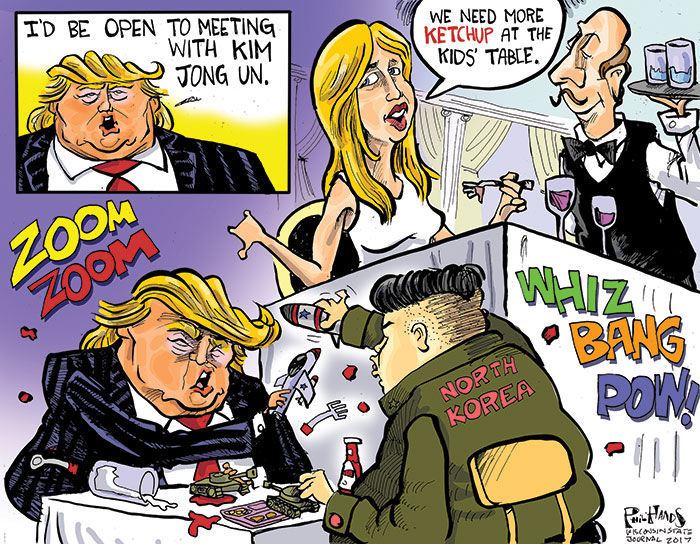 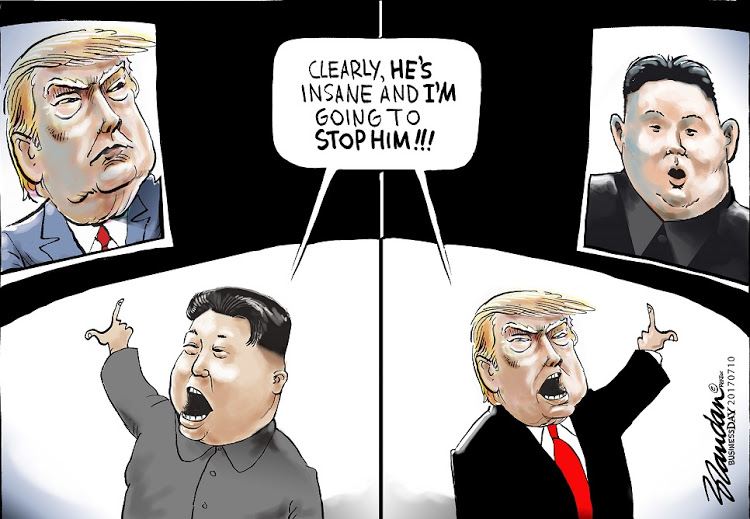 Donald Trump and the future of globalization