Hi, It’s nice to meet you. My name is It. Dark mahogany skin adorns my body and courageous dreams bound through my mind from behind the bars of an isolated prison.

Hi, It’s nice to meet you. My name is It. I am poor and own nothing, I live amongst the impoverished and destitute.

Hi, Its nice to meet you. My name is It. I have been victimised by abuse and suffered neglect but never once did I back down.

Hi, It’s nice to meet you. My name is It. Curiosity floods my veins as I spew out colours which offend, torment and tantalise.

Hi, It’s nice to meet you. My name is It. I am part of a nation’s minority but am filled with passion and the potential to revolutionise the world.

My name you ask? Well that is yet to be determined…. 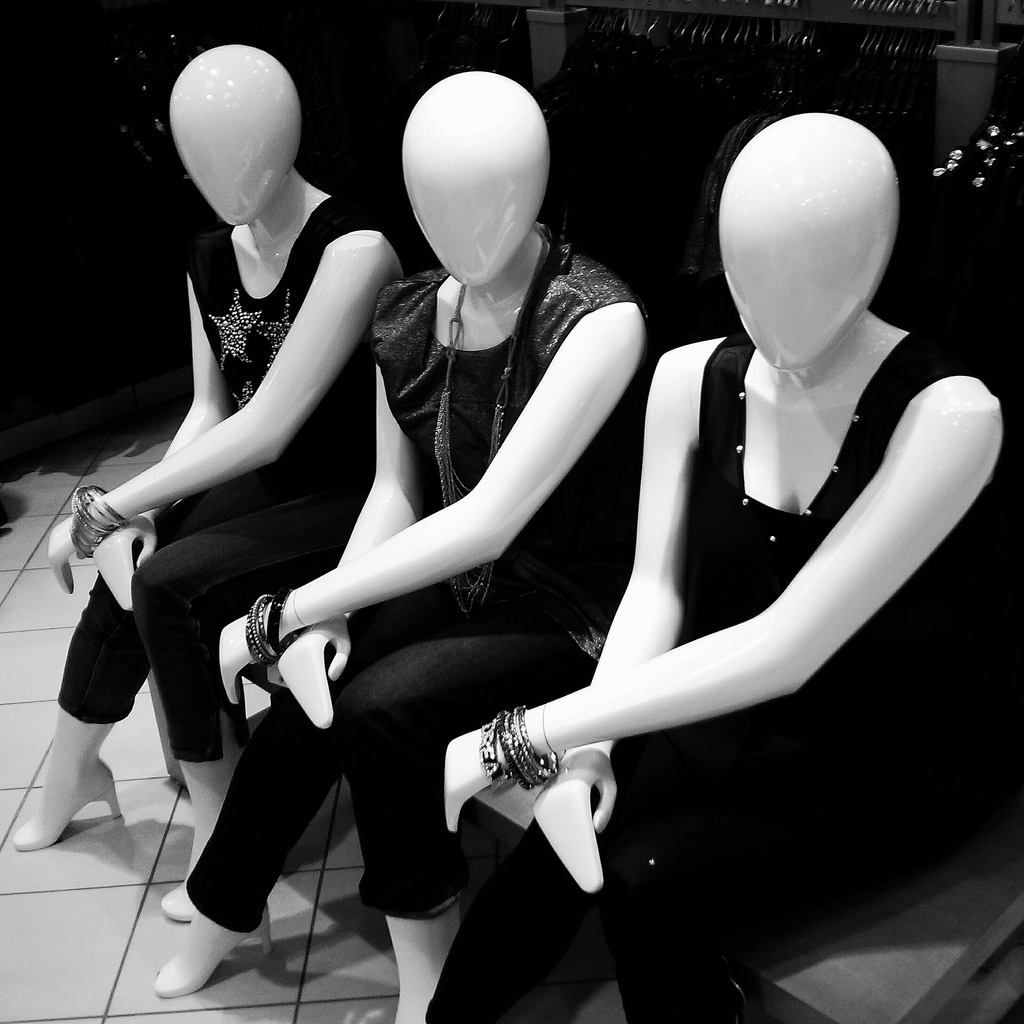 Who are we without a name?

The power of ‘You’

If you have ever been awarded the misfortune of a disapproving superior who hurls the phrase, ‘Hey, YOU’ across a classroom or office space, you will understand the demoralising feeling of having your name replaced by an unspecific and generalising pronoun.

For the Rohingya refugees of Myanmar, the simple pleasure of their own name is contested, due to cultural tensions, denial of citizenship and contempt of origin. It is an unquestionable fact that the Rohingya refugees are amongst the most persecuted populations globally and with every violent, hostile account that surges through the headlines of global newspapers and adorns the pages of human rights websites the Rohingya refugees face the harrowing reality of the uncertainty of tomorrow. 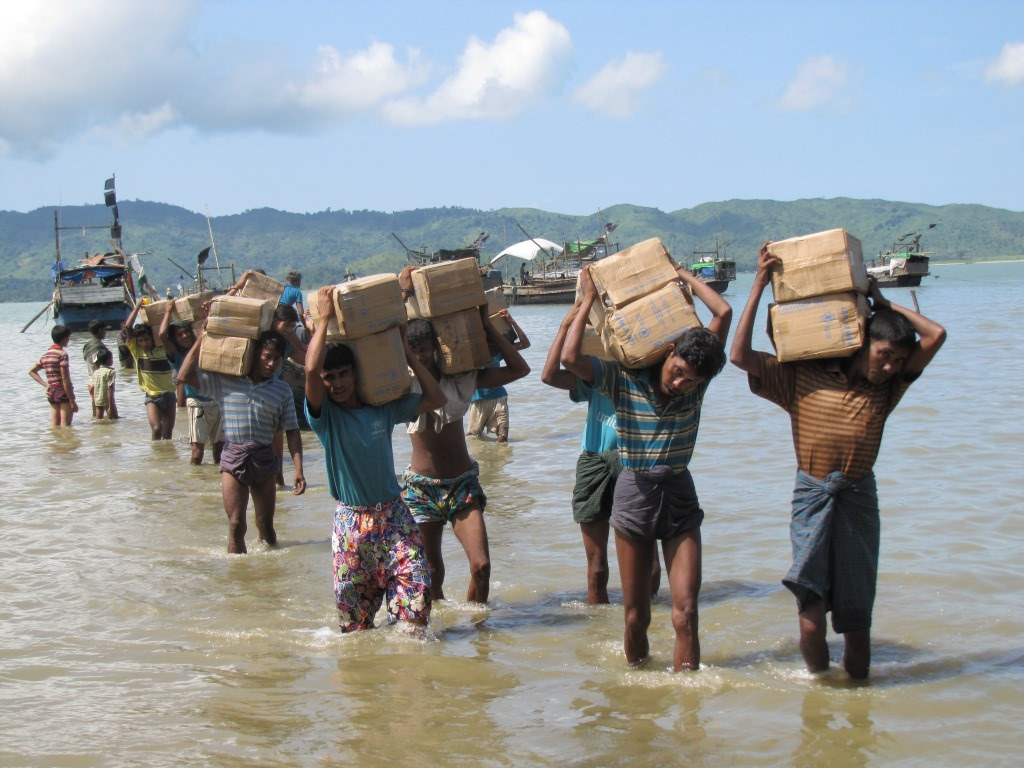 The Rohingyas are a Muslim ethnic minority within Myanmar, who have been forced to flee their homes due to persecution by the Rakhine Buddhists and denial of citizenship by the Myanmar government; much of this hostility has stemmed from the uncertainty of the Rohingya heritage.

Despite having lived within Myanmar for generations and evidence indicating that Muslims have resided in Rakhine from the 9th century, contention of origin rages due to fragmentation in the migration timeline; it is believed that a significant percentage of the Rohingya refugees descend from individuals that traveled from the Bay of Bengal with the colonialists during the 20th century. Their migratory history has resulted in diverse ethnicity being seen and further complicated the acceptance of their identity. As they are not recognised as one of the 135 ethnic groups within Myanmar, the Rohingya’s have been forced into an existence of human rights violations and exploitation; violent riots in 2013, between the Rohingya Muslims and the Rakhine Buddhist, clearly depicted this as religious and ethnic tensions flared.

Having been denied citizenship, the Rohingya refugees have been placed in a state of limbo without the option to appeal for help from a national government and the treachery of this position has been further exacerbated by the fact that the Myanmar government greatly detests the name “Rohingya.” 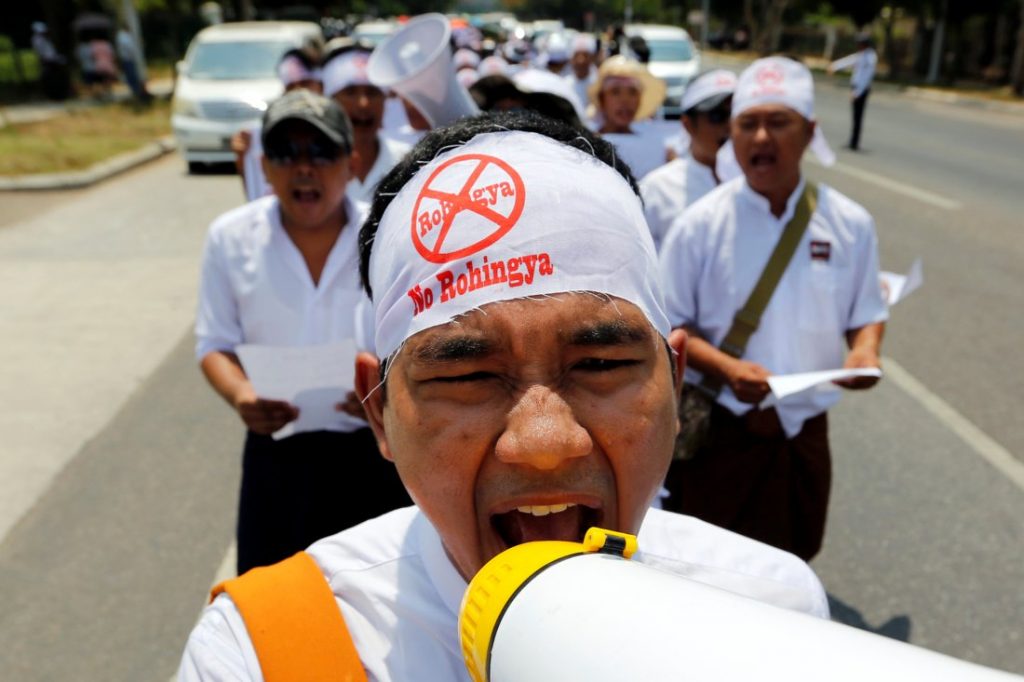 A demonstration of hatred against the Rohingyas

What is in a name?

A name is not merely a series of letters strung together in an ordered form; a name carries with it the history of a person, alluding to their achievements and potential whilst acting as a proclamation of their unique identity.

This idea was recognised by both Freud and Shakespeare, who believed that there an undeniable bond exist between name and identity, and that the misrepresentation of a name could surmount to misinterpreting the person. The words of Edward Deluzain paint a beautiful picture of the significance of name giving: “the bestowal of a name and identity is a kind of symbolic contract between society and the individual.” Whether we care to acknowledge it or not, human nature urges us to seek belonging and acceptance; it is a name which allows for a sense of dignity to be attained as you are no longer a number in a crowd but a form shaped by your intricacies, quirks and nuances.

You may question the validity of this belief, as thousands of individuals share the same formation of letters but without their title they would cease to be ‘who’ they are and become an undefinable life form which society has no room to accommodate. It is in the giving of a name that society acknowledges the existence of an individual with intent and makes a non-verbal proclamation of the responsibilities they have in protecting them.

For the Rohingya refugees in Myanmar, this social acceptance has been driven out by hate and disapproval, leaving a void of incertitude where a culturally rich name would have ordinarily been seated. The newly elected government of Myanmar has urged foreign diplomats to avoid the term ‘Rohingya’ as this word insinuates that they are legal citizens of the country. As the Myanmar government calls for the use of alternative terms, such as Rakhine Muslims or Bengalis, to describe these people, they have pushed thousands of individuals into a life of squalor.

The Rohingya people do not deny their diverse ethnic history, but herein lies the beauty of who they; it is their name which encompasses their dynamic past and by taking away the name Rohingya, the government strips them of their identity and all that they have achieved, denying them the right to dignity. Similarly, by stripping the Rohingyas of their name, their basic human rights are infringed upon as they no longer fit in the social system; access to food, water, shelter and work opportunities become incessantly rare, whilst they become the target of ridicule and insurmountable violence. 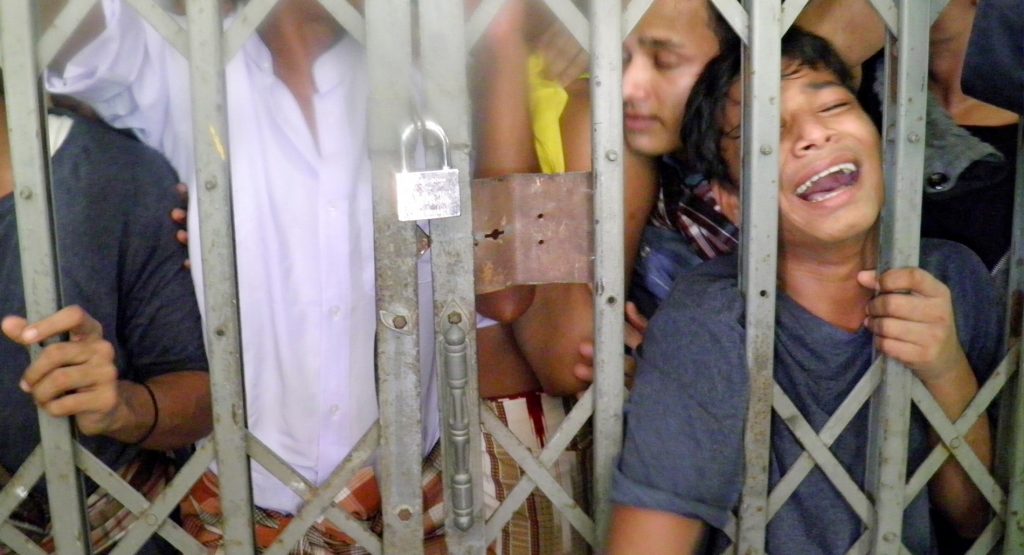 Could this be what the Rohingya’s future will resemble permanently?

So, why all the fuss?

A name is so much more than just a name. It allows for ownership of accomplishments and a sense of self respect. It allows for relationships to be developed and affirmation to be granted. It allows for the granting of human rights to ensure a satisfactory quality of life and it inevitably sets the foundation for human development and progress to be made. So, is the importance of a name really insignificant? I urge you to tell me…

Hi, It’s nice to meet you. My name is Nelson Mandela. Dark mahogany skin adorns my body and courageous dreams bound through my mind from behind the bars of an isolated prison. I became the first black president of South African, abolished apartheid and forged a path towards unity.

Hi, It’s nice to meet you. My name is Mother Teresa. I am poor and own nothing. I live amongst the impoverished and destitute. I dedicated my life to helping others and established the Missionaries of Charity to help the sick and poor.

Hi, It’s nice to meet you. My name is Leonardo di Vinci. Curiosity floods my veins as I spew out colours which offend, torment and tantalise. My art work and creations inspired millions and I am affectionately referred to as one of the greatest artists and inventors to have ever lived.

Hi, Its nice to meet you. My name is Oprah Winfrey. I have been victimised by abuse and suffered neglect but never once did I back down. My story has inspired millions and I have helped pull young women out of poverty whilst combatting abuse.

Hi, It’s nice to meet you. My name is Jessica van Schalkwyk. I am part of a nation’s minority but am filled with passion and the potential to revolutionise the world. I am the writer of this blog post, and an ordinary women from South Africa but you wouldn’t have known that, because you never knew my name.