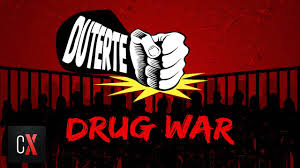 Rodrigo Duterte the recently elected seventy one year old President of the Philippines has caused quite a commotion on a global scale in his violent campaign to eliminate the illegal drug trade in Philippines. By September the 14th of 2016 ,just over two months of him being in office and the national police have killed over 1500 people who have been identified as being involved in the drug-related trade within the nation . Philippines has been the most aggressive nation with regard to its ferocity in the execution of drug traffickers. Some of Its fellow Asian nations such as Singapore, China, Vietnam, Malaysia and Indonesia have also enforced the execution of drug traffickers, however not at the same scale or intensity as in the Philippines. 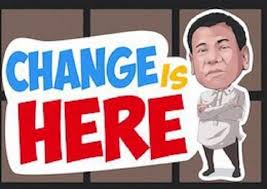 Other than official deaths reported and conducted by the police are numerous murder cases conducted by ‘vigilantes” who have been inspired by their Leader Duterte, to take the burden onto themselves in eradicating people involved in the illegal drug trade. All what has been said above is known to all people across the world who have access to International news, it would be hard to miss out on such broadcasts about Rodrigo Duterte , however few people know the historic background of illegal drugs in the Philippines and the prelude to why Duterte has taken such a strong stance on the illegal drug trade . 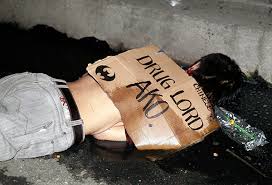 Another “Drug Lord” murdered by vigilantes

The nature, type and distribution of illegal drugs has evolved over the years in a means to adapt to Geo-political conditions and demands of the drug users. This is useful information to know in order for one to fully appreciate and understand the context of today’s Illegal drug trade in the Philippines. Philippines history can be subdivided into four major influences or eras that have molded it into the nation it is today. And it is these four eras that have shaped the narcotic drug scene in the Philippines. The first era to look at is the

Prior to the arrival of the Spaniards in 1521 the archipelagic nation was free from the cultivation and utilization of the three primary narcotic drug producing vegetables: Marijuana, the opium poppy and the coca plant. The nation created and consumed beverages made from the fermentation of local vegetation such as sugar cane, rice and coconut palm. These beverages played an integral role in social relations and rituals performed by the Filipino people. Tobacco made landfall into the Philippines before the arrival of the Spaniards as it was brought into the archipelago by the Moluccas who had received the plant from the Portuguese. The Moluccas from the Maluku islands which are situated south of the Philippines had been trading with the Portuguese for some time. Therefore prior to the arrival of the Spaniards the most addictive substances that occupied the Philippines was alcoholic beverages and tobacco 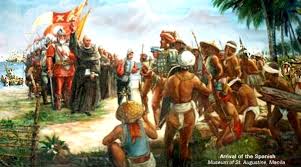 The arrival of the Spanish

The first documented record of opium in the Philippines was in 1631 where an indigenous community used opium for combat and ambushing activities. The opium dulled their senses and pain receptors which assisted the indigenous community in their planned attack on a Spanish captain general. The earliest accounts of opium usage between 1631-1670 were poorly documented and understood .It is believed that opium was used for medical purposes and the origin of the opium was hard to identify. 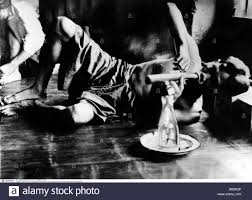 The British East India Company was established in 1601 and opium from India was transported to China and at some point it must of circulated its way through the East Indies and eventually then to the Southern Philippines islands. By the early 1800s there was much controversy surrounding opium in the Philippines. Certain Spanish captains and figureheads in the Philippines thought the cultivation of the opium poppy would be advantageous as they could supply China with opium.

However by 1814 a law was passed by the Spanish Governor at the time that the use of opium in Philippines was prohibited with penalties involving lengthy prison sentences for those who were caught with the drug. By 1828 however the tables turned when a Spanish royal decree announced that the cultivation of opium poppy for export was made legal.

Fast tracking ahead in times to the 1840s when an American exploring expedition took place in the Philippines it was noted that opium use had spread across the local population , and its use was no longer for medicinal purposes but instead as an addiction. By 1844 an opium monopoly was established in Manila and this marked the opium addiction at its highest point of popularity within the nation. The use of the opium was meant to be for Chinese residents in Philippines, forbidden for the Indians and Mestizo people. Obviously though the Opium addiction spread from the Chinese to the Filipino people. 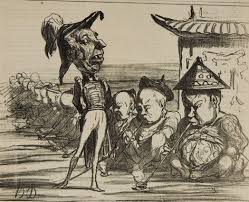 Throughout the rest of the 1800s until 1896 the use of Opium by Chinese residents in the Philippines continued to increase, partially driven by the opium war (1840-1842). The incoming opium arriving in Manila only steadily increased to reach the demand of the predominant Chinese consumers and the minority Filipino consumers who still under Spanish rule were not legally allowed to use the opium themselves.

In 1896 there was the Filipino Revolution against Spanish rule. Both Native Filipinos and American forces opposed the Colonial Spanish rule. By 1989 Manila fell under American military control and by 1901 the American civil government took control of the Philippines. Under American rule the government decided to eradicate opium from all Philippine islands because they feared the Filipinos would become addicted to the drug. A series of laws passed forward prohibiting the use,production  and importation of Opium into the Philippines which resulted in the cold turkey treatment of masses of Opium addicts in the Philippines

.However the Chinese living in the Philippines ensured and crafted ways to maintain their supply of opium. From the time of American control in Philippines until independence, laws were passed forward to increase the authority of the government agents in their control of narcotics.

By this stage narcotic drug addiction had taken many forms and types. Opium smoking was still present and there was the introduction of cocaine, heroin and morphine. The use and production of synthetic drugs became a growing addiction as well. The coco plant entered the Philippines after or during the nation’s independence for cultivation and accompanying it was the arrival of Marijuana sometime in between 1945-1955.

The beginning of cocaine

The History of the Philippines has informed the way in which the nation today has inherited the types of drugs. However in the last forty years the drug world has changed so much that the Philippines has also undergone considerable changes in its production and distribution of drug types. Throughout the 1960s and 1970s the predominant drugs on the scene in Philippines was Opium and Marijuana. Until the late 1980s the drug problem remained a domestic problem within the Philippines. 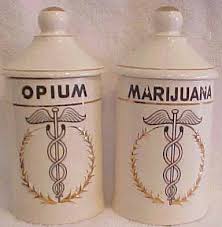 The two main drugs prior to “chemical” drug scene

However by the mid-1990s methamphetamine hydrochloride (crystal meth) or shabu as its known locally made its way into the Philippines, and this changed the drug scene dramatically. Philippines became a major manufacturer and exporter of crystal meth. The chemical “laboratory” based nature of crystal meth production means the manufacture of it can be done very low key and in secret. 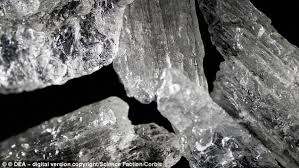 The previously predominant organic cultivation of poppy and Marijuana plants made it difficult to produce out in the open thanks to the surveillance capabilities of satellite technology, however this problem became obsolete when crystal meth arrived. This new drug in the 1990s became the popular drug amongst the affluent society, however in the last decade it has become the middle class or poorer person’s drug. Often referred to as “poor man’s cocaine”.

The affluent society of the Philippines has now been captured by the elite and designer drugs such as ecstasy and variant forms of ketamine. A study by the United Nations Drug Control Program Representative for Southeast Asia and the Pacific, state that 10% of the Filipino population are drug dependent, and the preferred drug on a national scale is crystal meth because of its price, accessibility and relatively easy means to produce.

Since the late 1990s the government of Philippines has taken numerous initiatives and introduced numerous laws with drug related sentences and penalties in a means to address the inherent drug problem present in the nation. Despite efforts by the government to combat the illegal drug trade, reports conducted by the United Nations Office on Drugs and Crime (UNODC) 2004 state that the Philippines was the third largest consumer of amphetamine and methamphetamine which are components of crystal meth .

Furthermore it was characterized as one of the three largest producers of crystal meth. “In July of 2004, the Philippines National Police admitted that despite the government’s strong anti-drug campaign the drug situation was getting worse”. In 2003 there were reportedly 1, 8 million drug users and a year later that number of drug users escalated up to 3, 4 million people.

In the last decade there has been notable improvements in the confiscation and arrest of drug syndicates in the Philippines. Improved security screening at ports closely monitors the import and export of goods however the question is or perhaps the answer is due to Philippines Archipelagic nature the secrecy and ability to import and export drugs is very easily done . Furthermore the location of the Philippines in the South China Sea makes it highly accessible amongst the illegal maritime drug trade that passes through the South China Sea.

Another problem in recent years is the reliability and accuracy in the estimation of the actual number of drug addicts or abusers in the Philippines. Some sources including Rodrigo Duterte himself believe there are 3 million drug users in the Philippines as of 2015 , whereas the Philippines Dangerous Drug board in 2015 estimated there to be 1,8 million drug users.The term “user “is also ambigious in its representation becuase a user is someone who has used an illegal drug atleast once in the last year.85 % of all drug users reported to have used drugs atleast once a month , therefore can this percentage be classified as addicts or abusers?.Therefore in this light one cannot agree or disagree with Dutertes claims due to the validity of data provided.

However what can be stated is that Duterte has a very harsh philosophy on drug users , he believes users of illicit drugs are beyond redemption . And he is not alone , many Filipinos feel the same about drug use ever since the 1970s . Throughout the nation there are numerous campaigns against drug use . The problem lies in the killing of drug suspects . Obviously Duterte is pro this and so are a number of Filipinos who believe that the killing of drug addicts is the only way to rid the nation of its drug problems and associated criminality that accompanies it .

It’s evident to see why Rodrigo Duterte wants to rid his nation of its epidemic illegal drug situation. And yes his approach is highly unorthodox however if all else has failed to stop drug traffickers perhaps the fear and evidence of death will overthrow the illegal drug production and consumption within the Philippines? And if not this solution then what can be done to curb the illicit drug trade here? Perhaps what needs to be improved is an increased nation wide understanding of drug use and the reliability of data sets that determine actual drug addict numbers and stats needs to be improved .

The feautured image is taken from a post by the EQulizer , where Duterte was likened to Hitler

One of the many bold quotes of Duterte