Mental health is not a game. It is only once you have stood next to a hospital bed watching a series of life-support machines keeping a loved one alive, whilst insurmountable concentrations of narcotics tear through their veins on a path of mass destruction, that you begin to realize just how serious an issue mental health is. 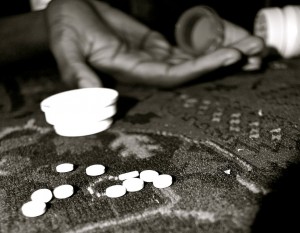 This should never be someones last decision

Although I do not proclaim to be a mental health care (MHC) professional, I have been forced to face the haunting reality of what happens when depression is ignored and this has ultimately shaped my understanding and perspective on the importance of addressing mental health within society today.

June 2012 is a month that is imprinted in my mind like the scorching metal of a cattle brand. I was awoken by the murmurs of my parents across the passageway as I caught a glimpse of the missed call and text message on my phone: “I Love You.” As I crept out from the comfort of my warm duvet, it was not the cool midnight air that drew shivers down my spine but the nauseating news of my best friend’s attempted suicide.

Although she had voiced feeling of depression, her apparent bright disposition lead everyone to believe that nothing was wrong, until the night that I missed her phone call and later heard that she was lying in a hospital bed whilst doctors worked through the night to reverse organ failure. I will never forget walking into her ICU room and being paralyzed by the sight of the life support machines controlling her motionless body.

How could such a beautiful, talented and kind individual be pushed to a point where she felt that death was her only option of escape?

The Tragic Depression of Planet Earth

Whilst mental health disorders far exceed the bounds of depression, it is the crippling clutch of this disease on the lives of an estimated 350 million individuals which has resulted in it earning the insolent title: “the common cold of mental disorders.” This mundane and generalizing title fails to acknowledge the turmoil and suffering which depression catalyzes and perpetuates in the lives of individuals. 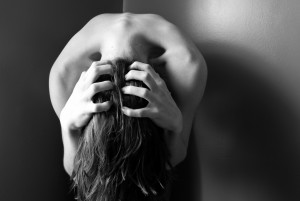 Depression is not equated with sadness. Depression is not a mood or a temporary state. Depression does not pass in a moment or with the sound of good news. No, depression is a daily struggle in which an individual may wake up feeling as though gravity itself is trying its level best to smother them in their bed sheets as the air around them turns to a hot, dense substance impossible to inhale.

But depression comes in waves; one moment an individual may feel numb, as though they are empty, and the next it is as though they can feel everything all at once. Depression may differ in severity and between people but the fact is that depression is debilitating and is not an issue that can just be ignored or pushed aside for later contemplation. Depression is here on a global scale. This was emphasized by Dr. Ben Weinstein, psychologist and panelist at the FCCT event on Mental Health Care in Thailand, as he explained that MHC professionals are now noticing a growing trend of depression globally and this is being seen as a “depression epidemic.”

Depression practises the skill of equality as it does not discriminate based on gender, age, religion, race or sexual orientation and is a disorder that seamlessly transcends state borders.

Asia as a Depression Hot-Spot

Although generalizations are always a risky playing field, researchers have established that Asia is host to some of the highest depression levels; despite this fact, throughout much of the Asian Region, depression is a topic that is still taboo amongst society and is seated heavily in a stigma that has the power to oppress the depressed. This has been attributed to an age-old culture of associating mental disorders with weakness, a factor that is not readily welcomed. The principles of seeking honour, mastering strength and not wishing to bring shame upon a family name have ultimately resulted in limited discussion around depression occurring. This was well articulated in a paper by Priya Alika Elias, stating the following:

The concept of izzat, or honour, is paramount to those raised in traditional South Asian families. It’s linked to the concept of sharam, or shame. The two are so inseparable that the Hindi word lajja counts both ‘shame’ and ‘dishonour’ in its list of meanings. To admit to mental health issues would be to threaten the izzat of one’s family, since depression is so deeply stigmatised in our communities. As a consequence, we live performatively. We maintain izzat at the expense of individual mental health.

What is now emerging is that this heavy stigmatization around depression has meant that suicide rates have increased, 83% of which are believed to be preventable. This comes on the back of research which indicated that between 80% and 90% of individuals with mental health disorders in the Asian region do not have adequate access to MHC. As the stigma appears to be rife throughout the Asian region, discrimination against individuals in being nurtured and, as a result, human rights violations have increased.

Additionally, whilst many Asian countries have endeavoured to create policies or laws pertaining to MHC, these have failed in their implementation and have missed the mark in actively addressing the issue of depression. Major discrepancies have been noted between the Asian MHC laws and the International Mental Health Declaration of Human Rights where by all individuals are protected from mistreatment pertaining to their mental health and the care there of.

It’s a Matter of Rights

Under the International Mental Health Declaration of Human Rights, every global citizen has the right to MHC, the right to decide whether they accept MHC, the right to protection from mistreatment during its practice and the right to decline treatment should they find it detrimental to themself. However, as we have explored previously, there is a lack of adequate MHC within Asia and additionally, there are daily accounts of rights violations of MHC patients and those suffering from depression. Whilst some violations come at the hands of incompetent or negligent MHC staff, exposing patients to unsafe or unfair practices such as shock therapy and deprivation of familiarities, violations also transcend into everyday life where the cultural stigma results in community inflicted discrimination and where individuals are stripped of their dignity because of cultural perceptions and social norms. 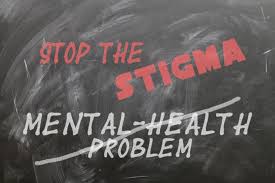 Although the term ‘stigma’ is not typically an International Relations concept, when addressing the issue of managing depression in the Asian region, International and National entities need to focus on this concept in order to begin unraveling its capabilities and power. There is a need to be more proactive in enforcing laws and disassembling stigmas associated with depression, in order to ensure that violations of the human rights of MHC patients and other victims of mental disorders are not contravened. This sounds like an impossible task amidst a culture which dates back nearly 600 000 years. However, as explained earlier, generalizations are a challenge to navigate, as there is more than likely going to be an exception to the rule.

In the midst of a depression shunning culture stands a lighthouse for potential hope in turning the tables on this issue and promoting better rights for all global citizens: The Philippines.

Whilst depression is still a reality for many Filipinos, the Philippines holds the position of the lowest suicide rate amongst the ASEAN members. The Department of Health (DOH) has recorded a suicide rate of 4.2 per 100 000 individuals and this is a statistic that they are actively working to reduce.

This is a country that has acknowledged the importance of mental health and MHC and is now working to improve morale and allow for depression to be targeted within the region. The Philippines has established the Philippine Mental Heath Act of 2015, and whilst laws around MHC have failed, the government is pushing for the act to be effectively implemented. Additionally, the DOH has set the precedent for the Asian region by placing “modern-day living diseases” on the priority concern list for the department. By doing so, they have made a powerful statement that this is an issue that can no longer be hidden or shrouded. It is an issue that needs to be placed in the firing line. Furthermore, the DOH signed agreements with the Natasha Goulbourn Foundation for the establishment of a 24/7 suicide counselling hotline that began rollout in September 2016.

This strong approach to combatting mental health issues in the Philippines seems to be mirrored by the general public as public support groups for suffers of depression have been established and the issue is openly discussed without suffers needing to fear public shaming or discrimination.

Filipino nationals suffering with depression have reported that by being encouraged to discuss their issues they have been able to work towards a better sense of self and start winning back their life from the disorder that so actively debilitated them. 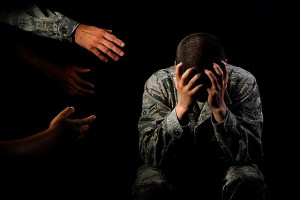 Alone, Afraid and Conflicted: This can only be combatted by supporting sufferers of depression unconditionally

The Philippines has managed to work on dismantling the stigma associated with depression and as a result they have reduced suicide rates and human rights violations. Does this not point in the direction of optimism?

Depression is not a choice. It is not a fun adventure or a delinquent teenage phase. Depression is debilitating, unearthing and a challenge that we as humanity should stand together to combat. The world is so consumed by self-preservation and basic rights of shelter, food and security, that we have neglected to fully acknowledge the importance of rights associated with mental health and MHC on a global scale.

Although this post is targeted at the Asian region, the principles apply globally and reign true in the lives of all sufferers of depression. Surely it is time to follow in the footsteps of nations who are consciously targeting the issue? Millions face the reality of depression not being an option but a reality and discrimination based on mental status denies them their human rights beyond the bounds of the Mental Health sector.

When I reflect back on that cold June evening and remember the heart monitor that beeped at scheduled intervals, I am reminded of what stigmatizing a mental disorder can do. We could look in-depth at the need for international interventions and adequate legislature, but in the end, human rights come down to one thing: The People.

Depression is not an isolated incident manageable within state lines. This is a matter that far surpasses international borders and, therefore, requires the buy in by the global community. We are all entitled to human rights and if we try and separate the notions of human rights and depression we leave an impassable crevasse in humanity’s long-term wellbeing.  So I urge you to read up on how to talk to friends battling with depression, join a support group or even contact a help line.

Now is the time for the world to start listening to even the faintest of cries; you never know if that is the last time someone will have the strength to ask for help. 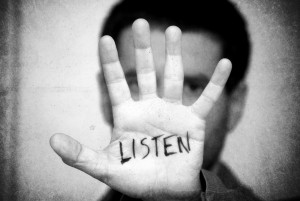 Listen: The first step in helping victims of depression in beating the statistics