How could one human being leave millions of hearts broken and in tears? 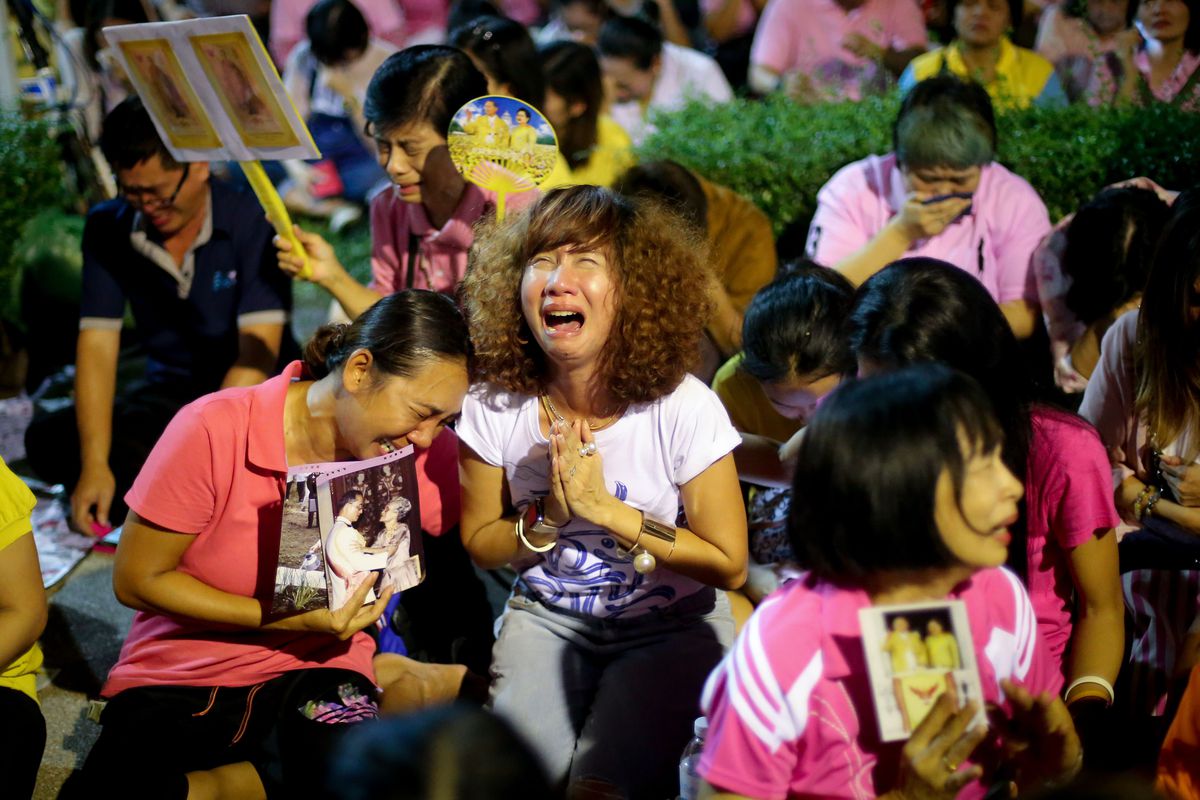 Thai citizens mourn as they receive the news of the death of His Majesty The King            Image: Epaepa/Diego Azulbel

The first ray of October 13, 2016 hit the world like any other day. Thailand, the Land of Smiles went ahead with their day to day activities. As the day unfolded, worried murmurs among people can be heard as people went on their knees praying the rumors were just rumors. At 7 p.m. a Statement was released by the Royal Palace, stating His Majesty King Bhumibol Adulyadej has passed away at Siriraj hospital at 3:52 p.m. Instantly, an eerie sense of quiet fell over the people. Eyes and lips that were filled with laughter and smiles were replaced with tears, it was declared the Country was in mourning for a period of one year. Being a foreigner it was a moment of shock for me to observe the love they felt for this one human being. Questions rushed through my head, simply because I have never heard or seen the likes of this before. However, as the events of the day unfolded and combined with a bit of research, it all started to make sense

His Majesty King Bhumibol Adulyadej was born on Monday 5th December 1927 at 8:45 a.m. at Mount Aubun Hospital in Cambridge, Massachuset in the United States of America. He was the youngest of His Royal Highness Prince Mahidol Adulyadej and Mother Sangwal. He had two siblings, one elder sister and one elder brother.

In 1929, when His Royal Highness Prince Mahidol passed away, His Majesty King Bhumibol was doing secondary education in University of Lausanne in Switzerland. However, on 9th June 1946 life changing event took place, death of his brother, King Ananda Mahidol. Per the Law of Succession, His Majesty was the next to the throne. At this point His Majesty King Bhumibol decided to change his major to Political Science and Law, to better equip himself to take on the role placed upon his shoulders. 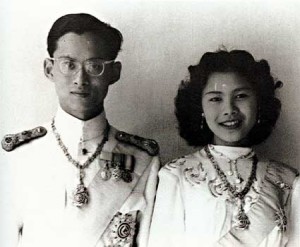 There were numerous projects ahead and when His Majesty King Bhumibol initiated the royal activities he promised the people of Thailand “We will reign with righteousness for the benefits and happiness of the Siamese people”. Through the 70 years on the throne, with 4500 projects initiated by the King and the development Thailand has seen over this period, is proof that he has kept his promise to the people of Thailand.

His Majesty King Bhumibol was well informed about the challenges facing rural communities. This was achieved from first-hand experience. He would travel throughout the country, talk to the people and try and understand the problems they are facing. Then consult the relevant stakeholders and finally His Majesty would suggest solutions to address the problem that he has identified from the visits. This is how the “royally suggested” or “royal-initiated” projects all started. The aim of such projects are to focus on smart sustainable development, serving not just short-term but in the long-term too. Focusing on restoring the damages caused by bad development practices in the past and conserving the present environment.

These projects as well known as the “Royal Development Projects” are divided into eight categories in every region of Thailand. The eight categories include Agriculture, Occupational Promotion, Environment, Water resources, Public Health, Communication, Public Welfare and Others.

Like many countries, Thailand wanted to boost its economic growth with Gross Domestic Product as the principal indicator. This was achieved from 1975 to 1996 and Thailand was graduated from World Bank’s poor countries list. However, the practices used were not the best. They were not sustainable. Industrialization and rapid urbanization aspects were not considered within these practices. The consequences of doing so has led to environment and health impacts.

A philosophy named “Sufficiency Economy” was adopted that falls in line with the 4500 projects initiated by His Majesty King Bhumibol. Sufficiency economy is explained by his Majesty King Bhumibol as “a philosophy that provides a guide to conducting life at individual, family and community levels. At the national level, the philosophy is consistent with a balanced development strategy that would reduce the vulnerability of the nation to shocks and excesses that may arise as a result of globalization and excessive risk. “Sufficiency” means moderation and provides sufficient protection from internal and external shocks.” The aim of this approach is to ensure a holistic approach using the appropriate technology, risk management and adapting to change. As a result of this successful approach, positive impacts have been made on the lives of hundreds of thousands of people. Specially those living in remote areas and living with access to limited resources.

His Majesty King Bhumibol’s stressed on leaving no one behind and on how large scale development can only be achieved step by step inclusive initiatives and considering that the people have “enough to live on and enough to eat”.

In the field of agriculture His Majesty King Bhumibol initiatives were guided by the principles of simplicity, affordability and feasibility.

“The New Theory” was another of His Majesty’s best known development theories. This theory was introduced for agricultural purposes, with a formula of 30-30-30-10 involving development of water sources and land management. Thus, per the formula, a plot of land is divided into four parts. The 10 percent goes for residence, rice barns and animal farms, the remaining three 30 percent respectively goes to water sources, rice field and mixed crops such as vegetables and fruit plants.

This theory was put into action and the results were beyond just satisfactory. Farmers that adopted this theory has become self-reliant and self-sufficient. Achieving the very vision His Majesty had, as he had suggested this theory many years ago. Some of the reasons that this theory became successful due to the simplicity of the theory itself and due to its low running cost and ease of implementation

King Not Just by Title

With that being said, I can say that a single article cannot do justice to His Majesty King Bhumibol Adulyadej and his many contribution and services to Thailand and its people. He was the King not just by title, however, he was the father of the nation, the King of the Thai people’s heart. He was a leader that took it upon himself to focus on his country, not leaving any corner or nook upturned. Thus, bringing us to conclusion why Thailand is draped in black. It is not just because they lost their King, it is because they appreciate his hard work, compassion and devotion to Thailand. Like His Majesty’s name “Bhumibol” means “Strength of Land”. He was the people’s strength. He was their guiding light. With him gone, he left a void, that does not know it’s depth, one that would be difficult to fill. For, will we ever see another like him that focuses all his energy on the people despite their class, ethnicity and religion? One that would carry his own camera to capture the evidence of the problems when he can have people doing it for him? One that believed that the development of the country is tied to every single citizen’s development?