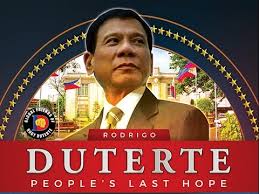 Duterte is a fascinating leader to talk about at this point in history with plenty of events going on. Most of the news tend to be against his decision of allowing death penalty for drug dealers. But let’s stop for a second and follow the next train of thoughts.

Why does 91% of the population supports Duterte? Maybe living under the threats of drug dealers is more painful than seeing them dying. However, let’s discuss more about how things got here in the first place.

Rodrigo Duterte (71) mentions before the elections, in his manifesto that ”he does not covet the position”, but on 30 of June 2016 he took office after a landslide election victory. His main political stance was abolishing criminality, corruption and drug usage. In the past he was the Mayor of the 2nd biggest city in The Philippines for two decades and even by then he was nicknamed as “the punisher”. Before he took charge of Davao City in the 80s, the city was perceived as a dangerous economic backwater. But, today is flourishing and criminality went down. In his past Duterte was allegedly molested by a priest as a boy. With this information in mind, the passion for justice is quite justifiable. He mentions in one of his talks that the number of drug addicts was 3.7 mln and in less than a quarter he basically reduced it by 60%. But this is not all.

1. The indefinite cease fire between National Democratic Front (NDF), Communist Party of the Philippines (CPP), Moro National Liberation Front (MNLF), Moro Islamic Liberation Front (MILF) and the government (Oslo 25 July).
2. The centralized Complaint and action hotlines – 911 and 8888.
3. The one stop shop for Overseas Contract Workers (OFW) in Philippine Overseas Employment Administration (POEA) which is way better than before.
4. The opening of the DAR gates which were closed for 18 years.
5. The distribution of the long overdue Hacienda Luisita to the farmers.
6. The actual distribution of the agricultural equipment purchased by the previous government, which has been left undistributed for political reasons till now.
7. The immediate repatriation of stranded OFWs in Saudi Arabia. This has a profound meaning for elders that come in tears when they finally reunite with their loved ones. It seems that the old government only visited them to take selfies.
8. The laglag bala at the airport has finally stopped right after PRRD took office. (No more plastic wrap bags).
9. The services in the governmental agencies are much faster and employees have started to treat people with some respect and even with a smile. Also, transactions are better these days.
10. The legit balikbayan (repatriate box) boxes are no longer mishandled. 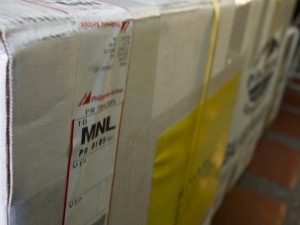 11. The irrigation projects for farmers already started nationwide. Also the distribution of boats for fishermen.
12. The opening of the Nuclear Power Plant in Bataan.
13. Pension raise of 2,000 Philippine pesos.
14. The servicemen who got empowered now they serve the country with pride and higher self-esteem.
15. The servicemen have now opportunities to have dinner at the Malacañang Palace (official residence of the President).
16. Frequent rounds in defense camps to meet each stations needs in order to provide better service for the country.
17. Shutdown/closure of some mining companies that were jeopardizing natural resources.
18. Removal of the fishing fences in Manila Bay to give small fishermen a fair chance.
19. Improved transportation from airport to many major hubs in nearby cities by adding new busses.
20. One sack of rice added to the 4P’s, a welfare program for the poor.
21. Increase allowance of the Olympic delegates. 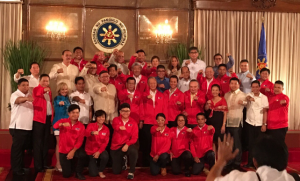 22. Signing of the Order on Freedom of Information.
23. The leaks against local executives, police generals, judges and other top officials in the government.
24. Better looking, cleaner Baclaran, Divisoria and other public places. 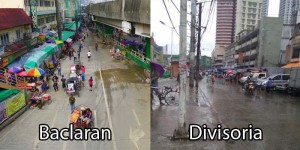 25. The decrease of unemployment and increase of employment.
26. Exposes of oligarch who have been evading from paying taxes.
27. Lower street crimes because most of the offenders have already surrendered and are identified.
28. The Mindanao peace process resumed again in Malaysia.
29. The bilateral talks with China over the West The Philippines Sea dispute.
30. The launch of Oplan TokHang which has more positive results.
31. The collaboration and directness of restricted subdivisions for elite Oplan TokHang as they show support to the war on drugs campaign.
32. The P5.4 billion worth of drugs seized in the operation.
33. The closure of many drug labs all over the country, including the floating shabu (Crystal Meth) laboratories operated by Chinese drug lords.
34. The more regulated and Special Action Force (SAF) manned Bucor.
35. No more VIP treatment for government officials in airports.
36. The ongoing improvement of the MRT/ LRT service.
37. More CCTVs installed over the place to promote transparency.
38. The crackdown of New Bilibid Prison (NBP) Drug Trade and the expose ‘of Leila de Lima.
39. Department of Foreign Affairs is now faster in processing passports.
40. Fixers are now out of sight.
41. End of Contractualization.
42. No more age limit requirements for all job seekers.
43. The closure of online gambling. From 4 thousand outlets during the arroyo admin, 8 thousand outlets during Aquino admin.
44. Overseas Employment Certificate (OEC) exemption for OFWs returning to the same employer? Finally no need to pay and go through the troublesome process of acquiring OEC.
45. A new order to extend the passport validity to 10 years.
46. Curfew hour for minors.
47. The release of hostages of Abu Sayyaf.
48. The driving license validity extension up to five years.
49. The cleaning up of Land Transportation Office (LTO) and Land Transportation and Franchising Regulatory Board (LTFRB).
50. The Department of Agrarian Report and Bureau of Fisheries and Aquatic Resources boat’s distribution program, feeding fishers for life.

Although his method is quite controversial, he is focusing on restoring the integrity of the country by destroying the roots of evil without a hidden interest on enlarging personal fortune.

Regarding Infrastructure, 7% of the annual GPD will be invested. According to the same website mentioned above it seems that Duterte will focus more on rural tourism and agricultural productivity. Some interesting facts are regarding the slow industrialization, where 20% of the population works for industry and the urbanization rate is only 50%.
With Duterte courage to fix its own country problems, I think The Philippines will be the next Asian Tiger. He might seem too harsh at first, but even Lee Kuan Yew had to take harsh decisions.

I believe in progress and evolution and I don’t see how drug dealers contribute to this Utopian society that we will inevitably reach at one point in time. Of course, if we don’t end humanity before that will happen. 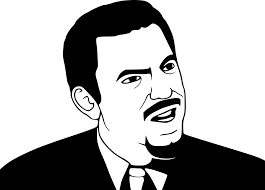 Throughout time more people died than it’s happening in the present. Therefore, everything is going the right direction. Basically, what happens now is that some small minorities are being perished for the creation of a more civilized society. 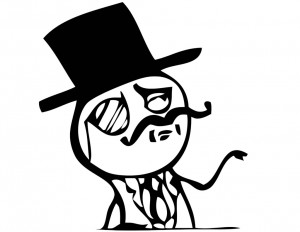 Who would be against the idea would mention that the cost is too high. But then no other choices are brought to the table on how this problem could be solved. 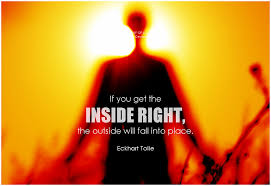 Someone could argue that drugs help you relax or make you the new Steve Jobs. But everyone who used illegal drugs for recreational purposes knows it doesn’t contribute to sustainable happiness. Drug dealers have strong dog-eat-dog instincts. (Literally) 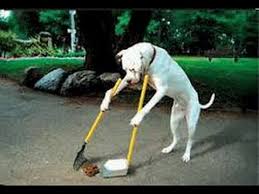 I had some discussions with my Filipino friend on this topic. Due to her degree (hospitality) it should be an unbiased voice of the upper-middle class in The Philippines about their leader.
The outcomes was perceived as positive. They really support this guy. “Nowadays, media doesn’t show how corrupted the country used to be. “

End on a High Note

The Philippines at this point is like an unshaped diamond. The diamond gets polished. We need to be more stoic. I encourage anyone to share your ideas on what would you do if you were Duterte, to diminish corruption and drug use in The Philippines.